Trouan-le-Petit is is a village in the Department of the Aube, some 40 kilometres north of Troyes and 6 kilometres south-east of Mailly-le-Camp. The crews of two Lancaster bombers are buried in Trouan Churchyard. They are on the left of the main entrance. The airmen died on the 4th May 1944. 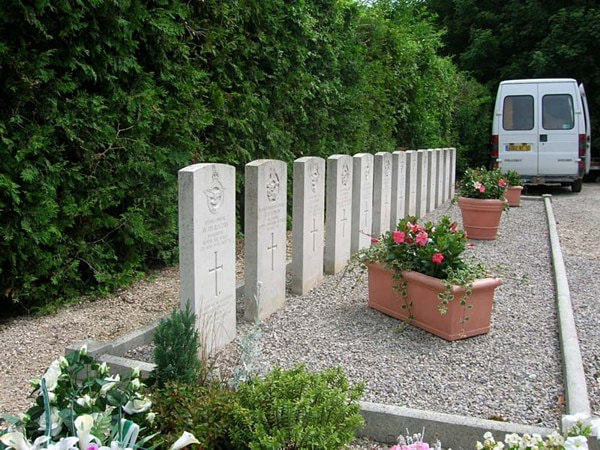