Herbisse is a village in the Department of the Aube, 38 kilometres north of Troyes and 10 kilometres north of Arcis-sur-Aube, a small town on the Troyes to Chalons-sur-Marne road. Between the south east corner of the churchyard and south east boundary hedge is a single row of seven aircrew burials, five British and two New Zealand. The aircrew died on 19th July 1944. 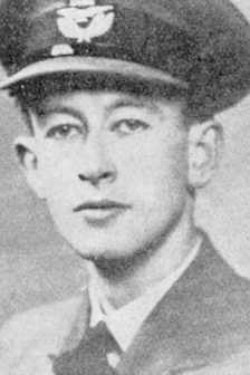 1893412 Sergeant Allan Alfred Ansell, Royal Air Force Voluntary Reserve.  Aged 20. Son of Richard Jack and Francis Ansell of Bournemouth, Hants. His headstone bears the inscription "Cherished Memories Of A Dear Son & Brother. Gone From Home But Not From Our Hearts"

1895656 Sergeant Gordon Ernest Deryck Hands, Royal Air Force Voluntary Reserve. Aged 19. Son of Ernest James and Sybil Hands of Hendon, Middlesex. His headstone bears the inscription "At The Going Down Of The Sun And In The Morning We Will Remember Them"

1475129 Sergeant Francis Stanley Seymour, Royal Air Force Voluntary Reserve. Aged 22. Son of Francis and Florence Seymour of Leyburn, Yorkshire. His headstone bears the inscription "Eternal Rest Give Unto Him, O Lord; May He Rest In Peace"