Marigny is a village some 50 kilometres south-west of Châlons-en-Champagne and 11 kilometres south-east of Sézanne. In the churchyard, on the right of the main entrance, is the collective grave of four British, one Canadian and two Australian airmen.

Base: R.A.F. Binbrook, near Brookenby, Lincolnshire
Unit: 460 Sqdn. Bomber Command
Aircraft: Lancaster Mk. I, serial ME740
Target: Enemy installations at Mailly-le-Camp, Aube, France
Incident: The aircraft crashed at Marigny. There were no survivors. 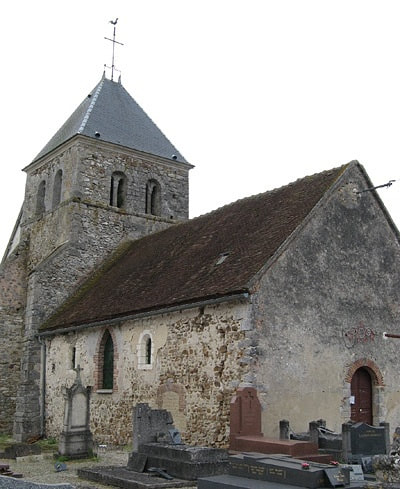 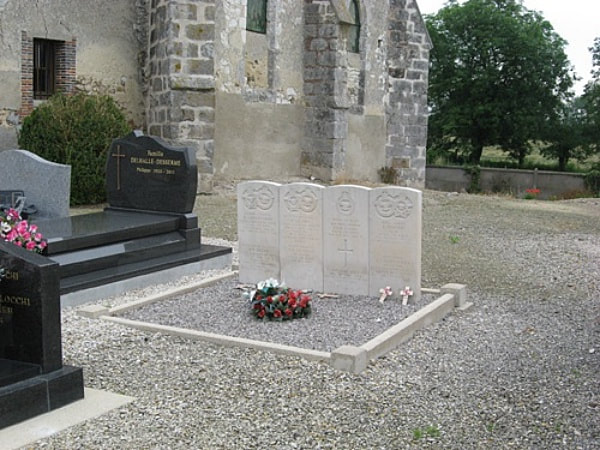