The town of Mol is located south-east of the town of Turnhout on the N18, Which runs between Mol and Leopoldsburg. From Turnhout take the N18 direction Mol, drive through Desel and over the canal and come to the village of Donk. Continue straight through the village and take the first main road on the right signed Achterbos; this road is called Achterbos. After the fith turning on the right, called Groot-Kapellen, the cemetery is signposted right. The grave is located through the main entrance at the rear of the cemetery to the left of the crucifix. 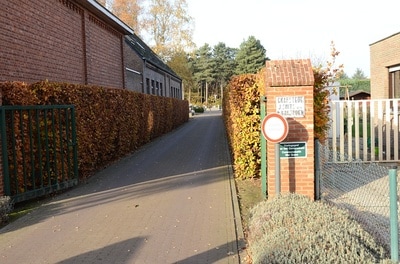 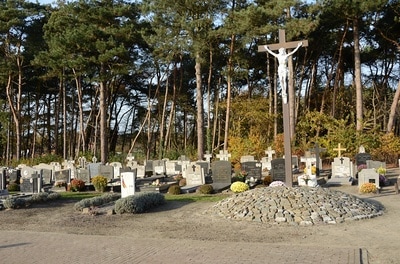 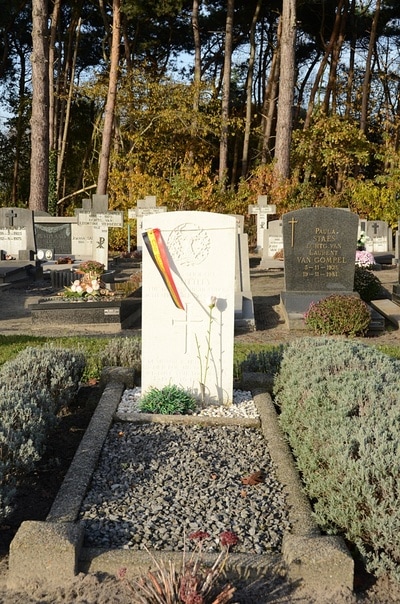 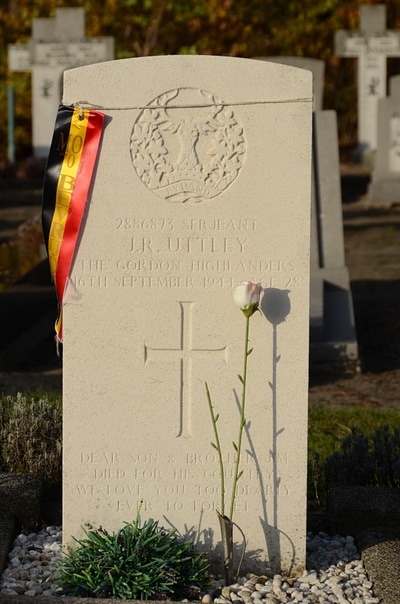