The village of Mere is located south-west of the town of Aalst off the N46. From the motorway E40/A10, which runs between Oostende and Brussels, turn off at junction 18 onto the N46. The road into Mere is situated between the two motorway slip roads. Turn into Bosstraat, direction Erpe-Mere, and follow this road through the village along Steenstraat and into Kerkhofstraat. The cemetery is along Kerkhofstraat on the left. The graves are just inside the entrance on the right of the path. 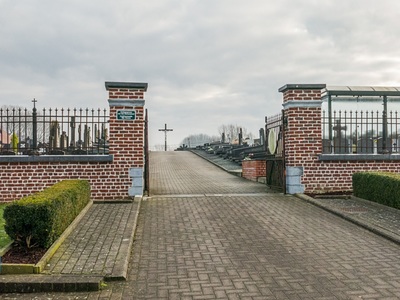 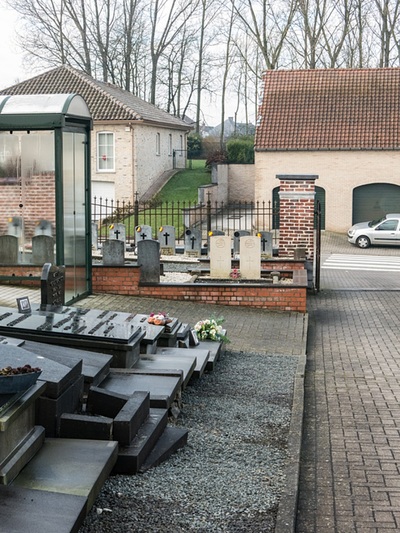 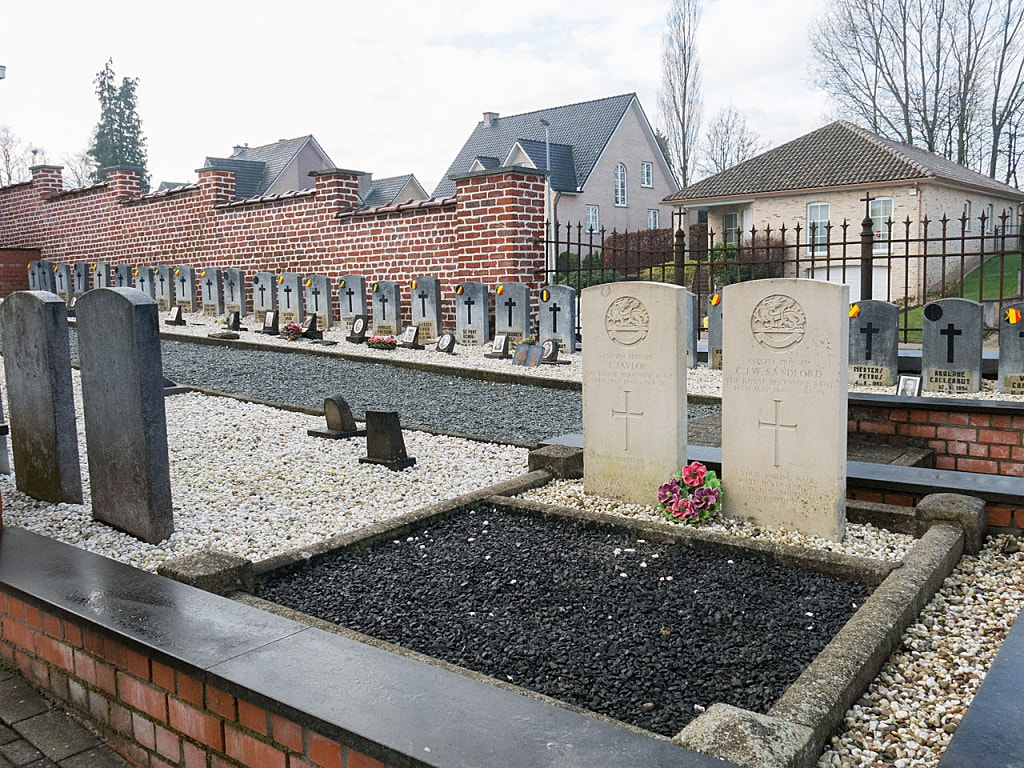 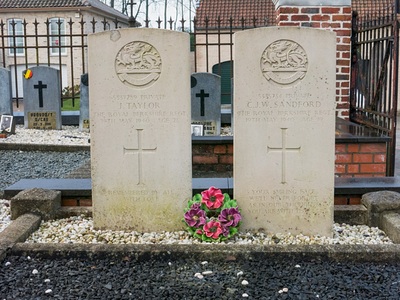 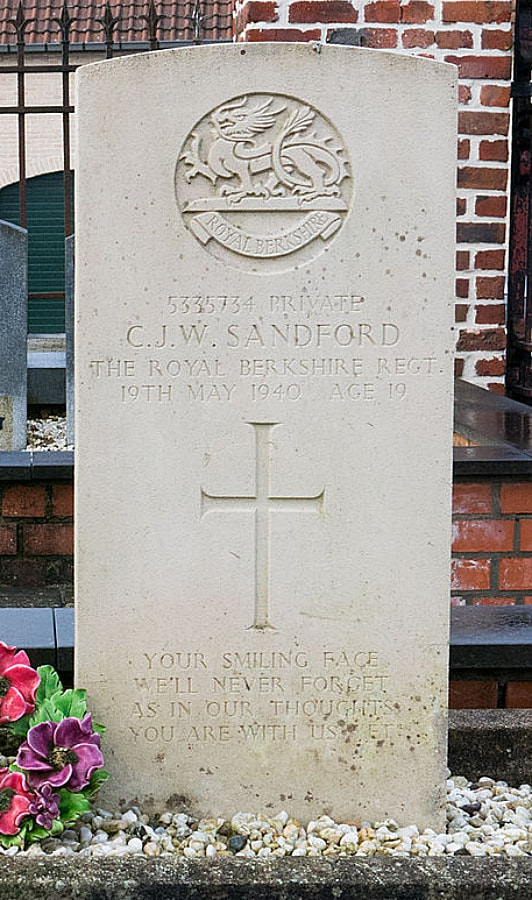 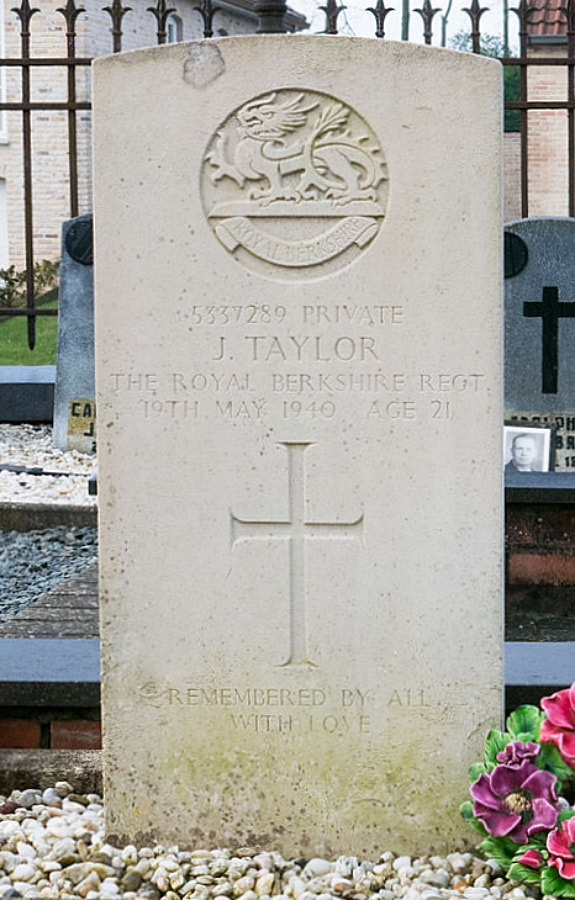