Jonzac is a small town in the Department of Charente Maritime, 50 kilometres north-east of Bordeaux.

The cemetery is on the northern side of the town on the D28, on right hand side (there is a second but smaller cemetery on the left hand side). There are 2 Commonwealth burials of the 1939-1945 war here, to the left of the main path from the left hand entrance. 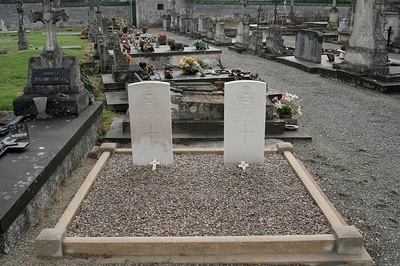