Royan is a seaside resort at the mouth of the Girande about 118 kilometres from Bordeaux. The Roman Catholic Cemetery is on the north side of the town about 500 metres north-west of the railway station and the same distance north-east of the Town Hall. There are 7 Commonwealth burials of the 1939-1945 war here, 1 of which is unidentified, 45 metres immediately behind the caretaker's hour, in Plot K. 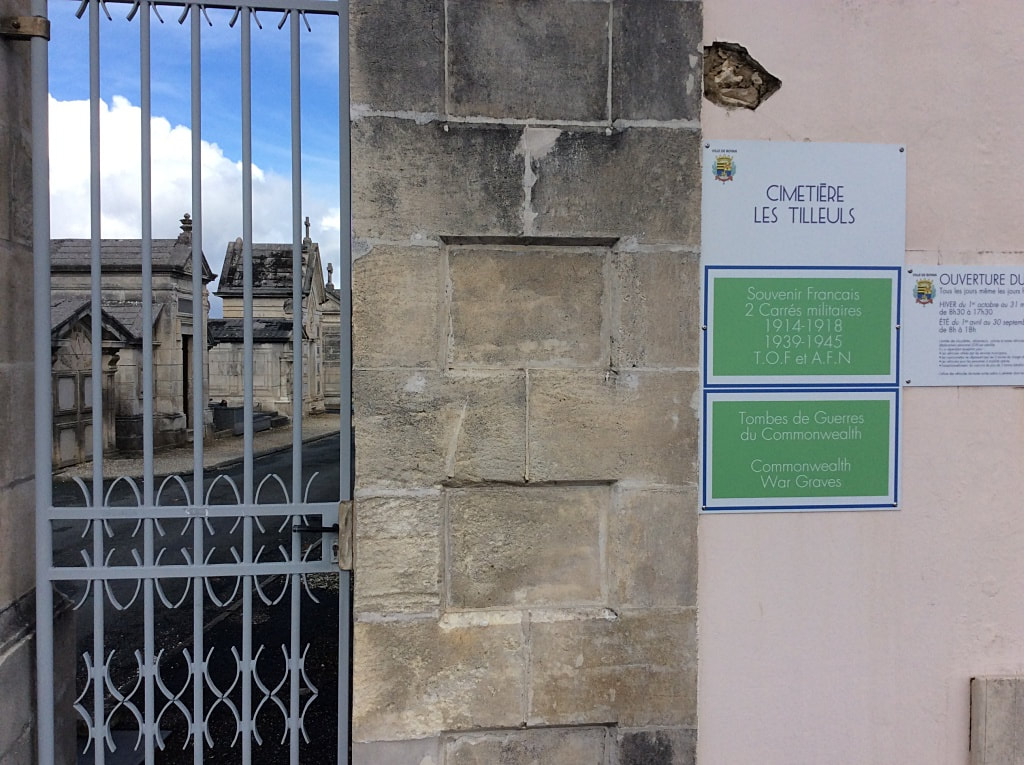 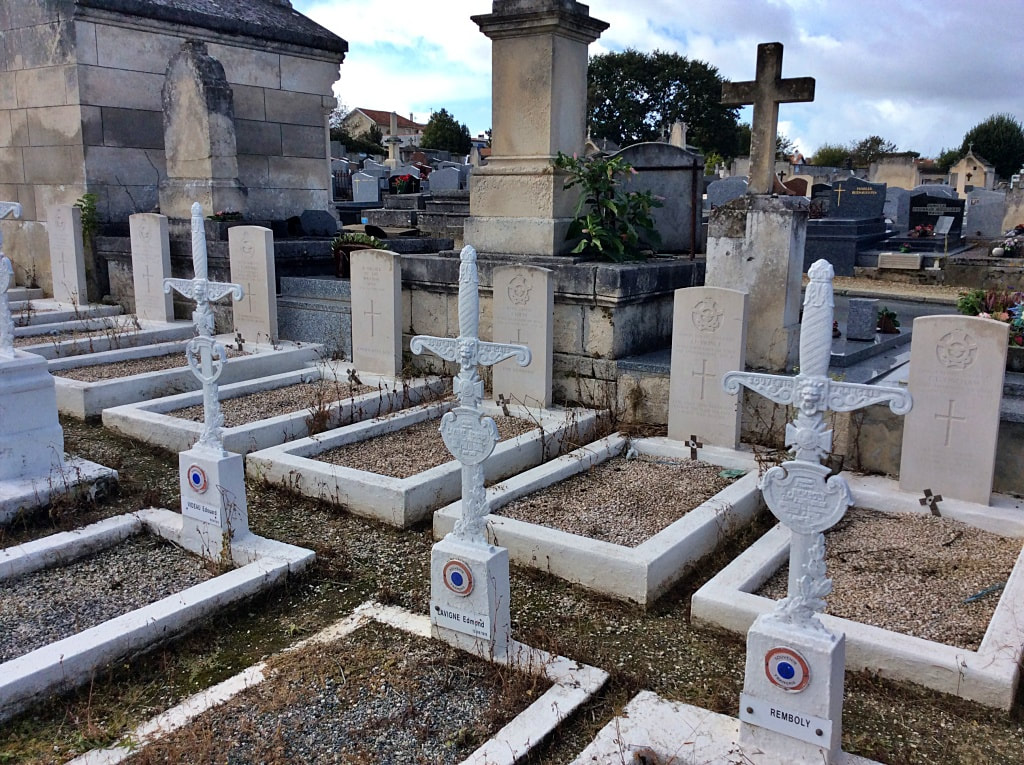 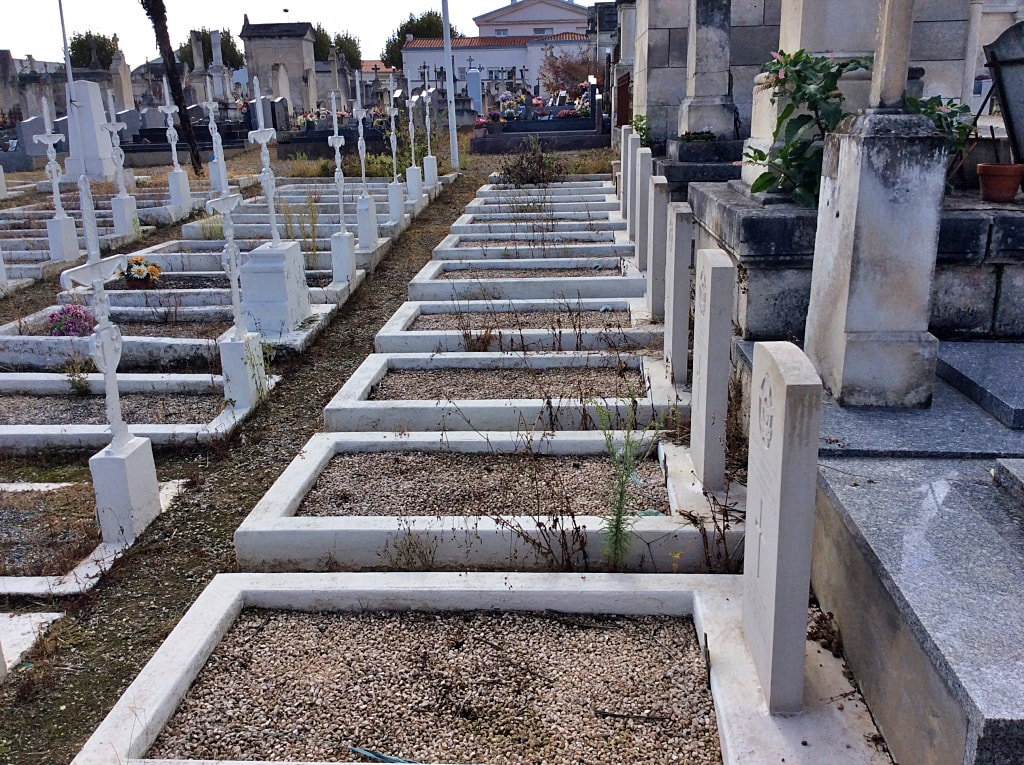 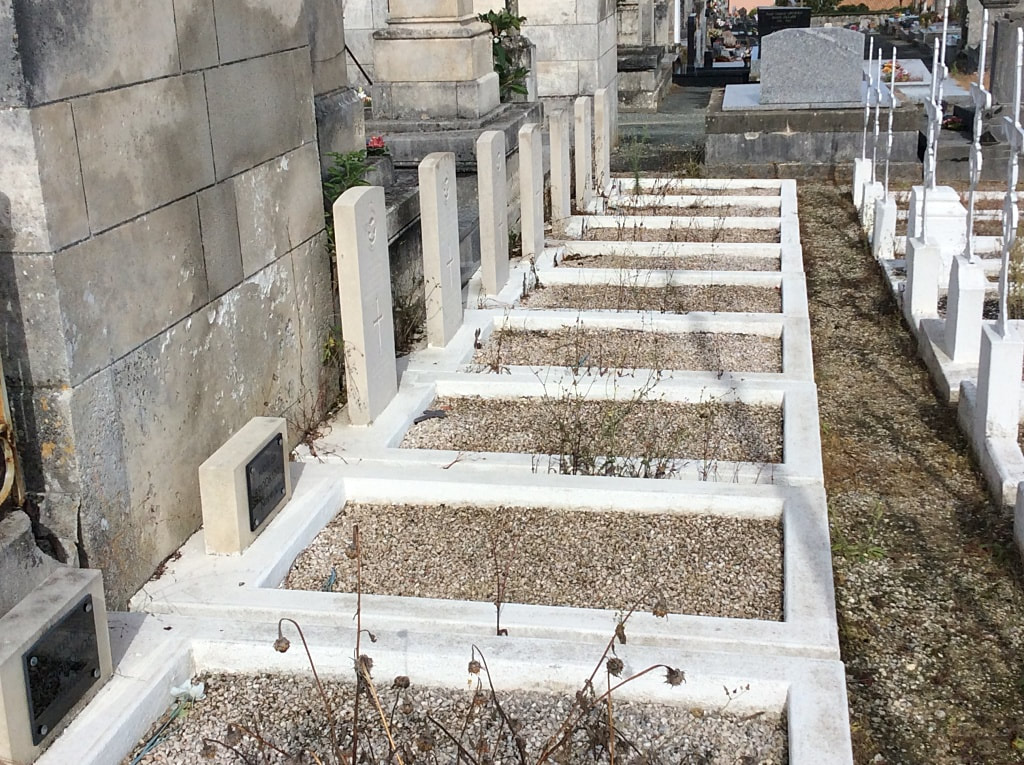 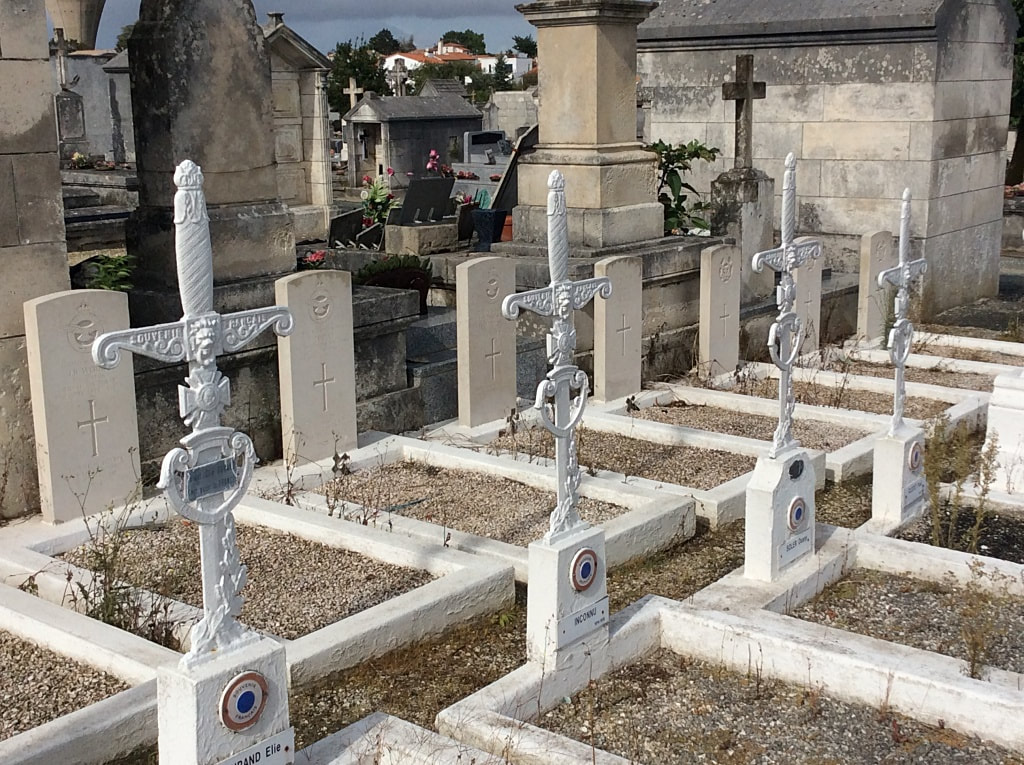 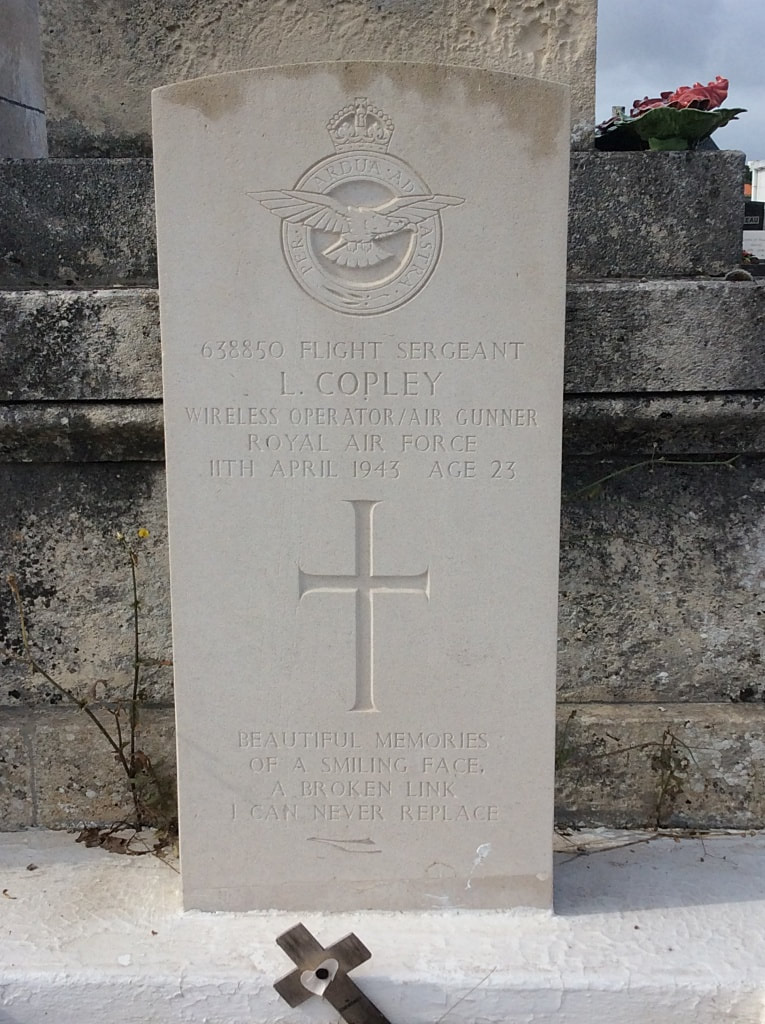 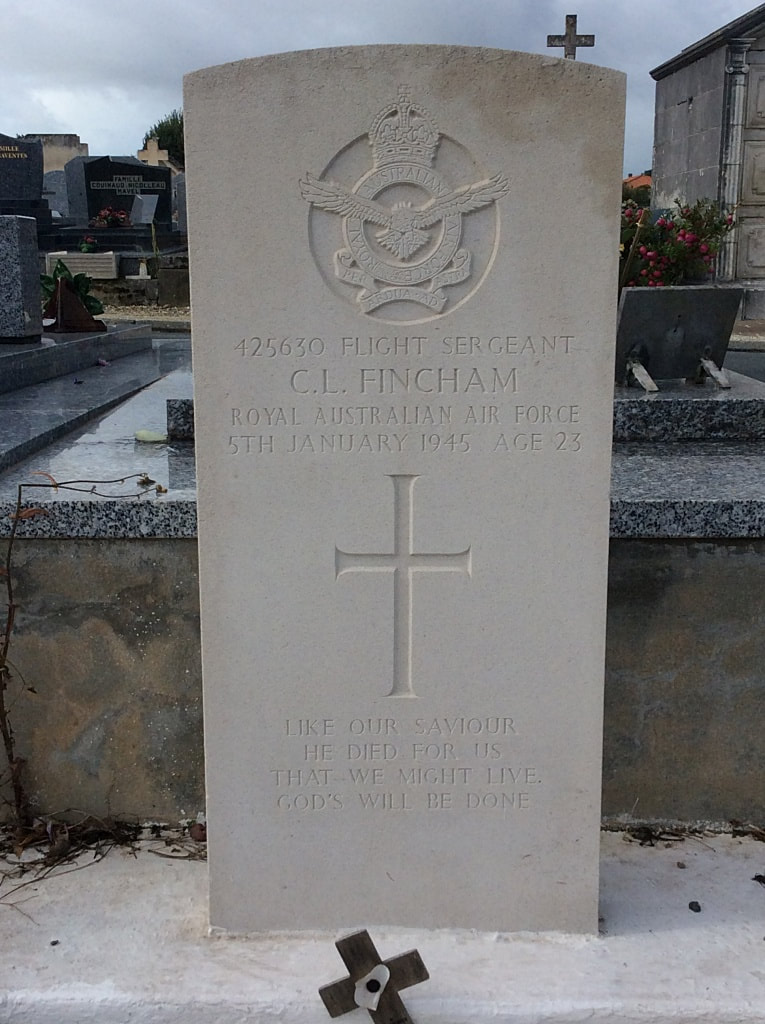 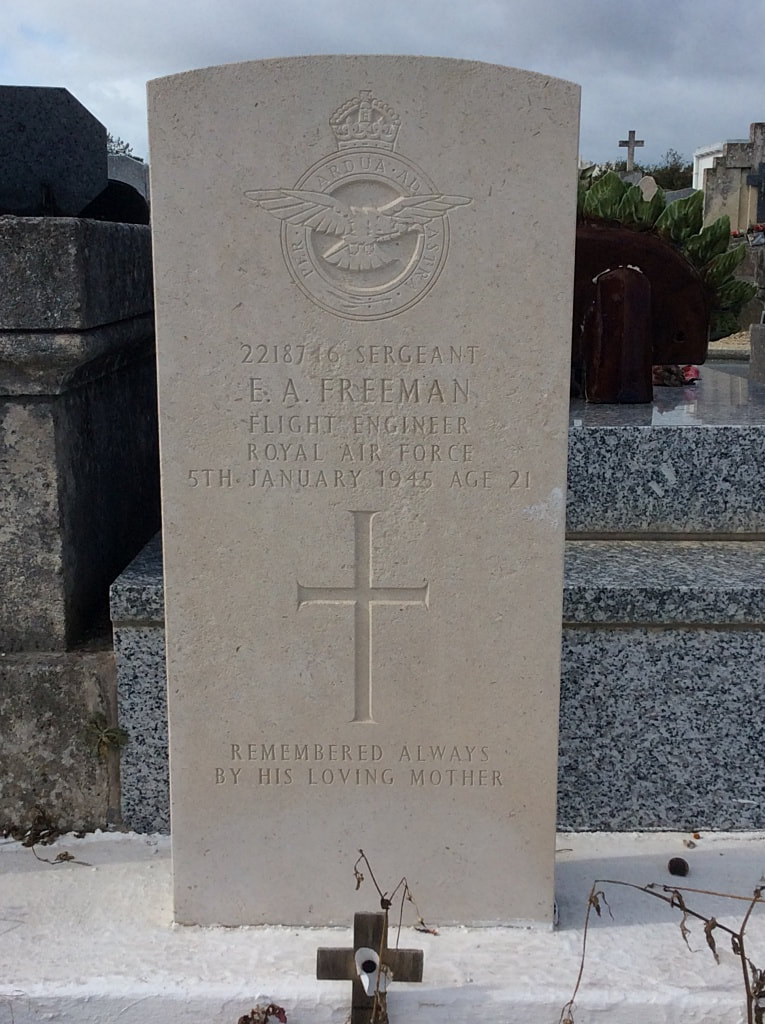 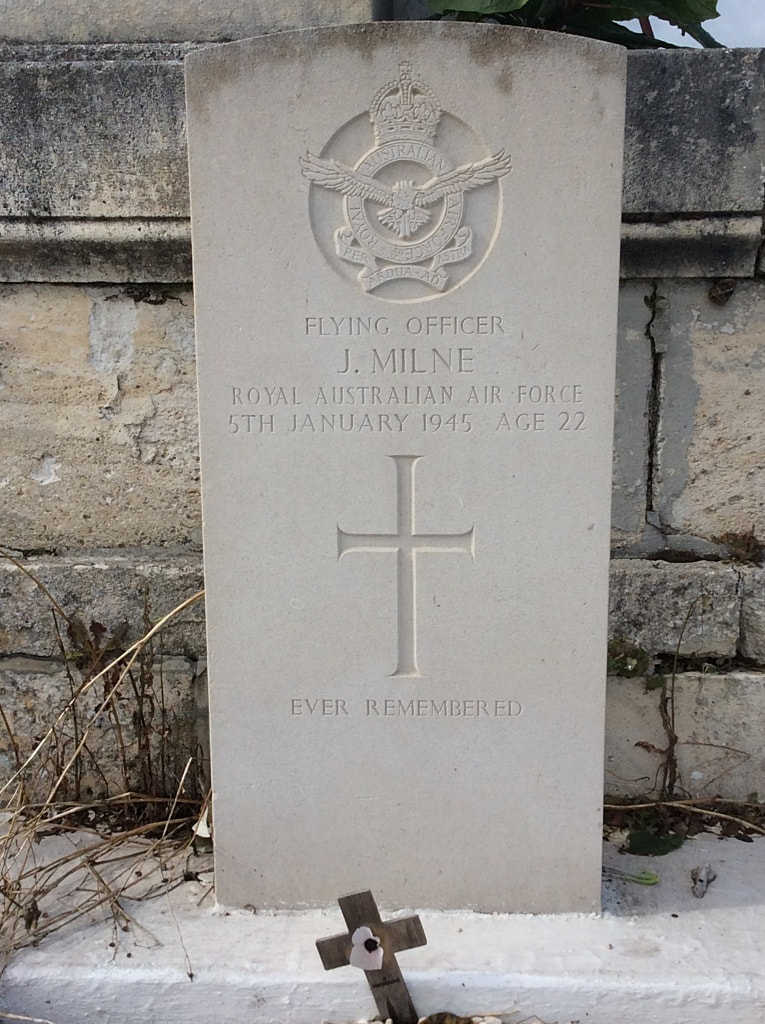 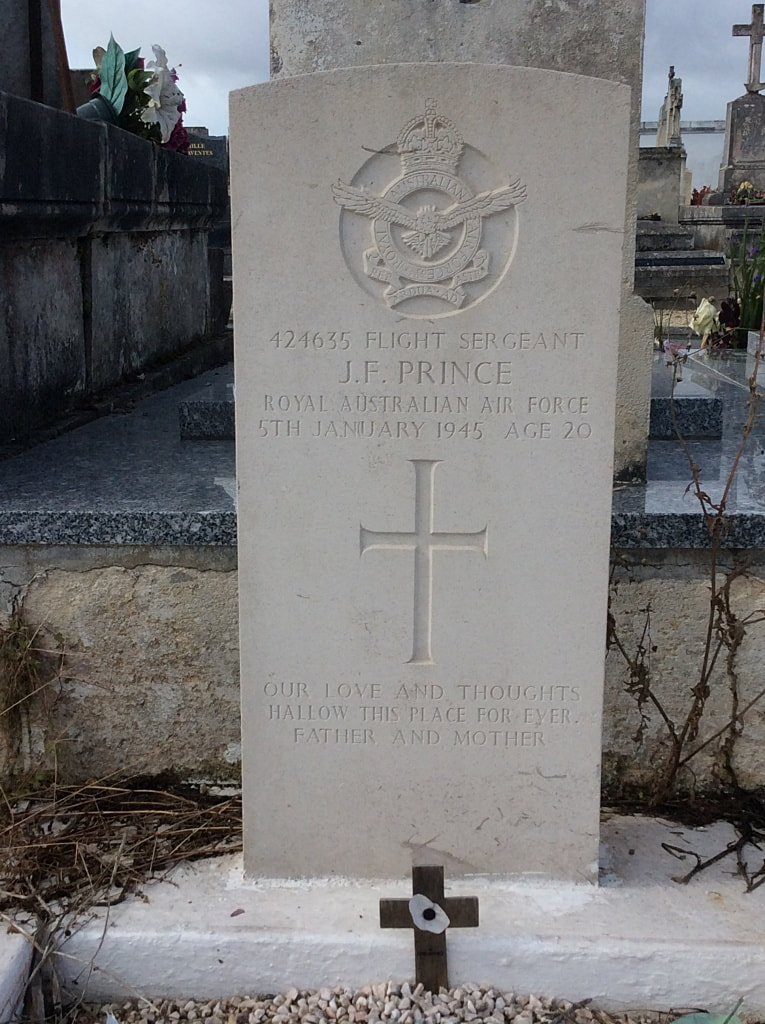 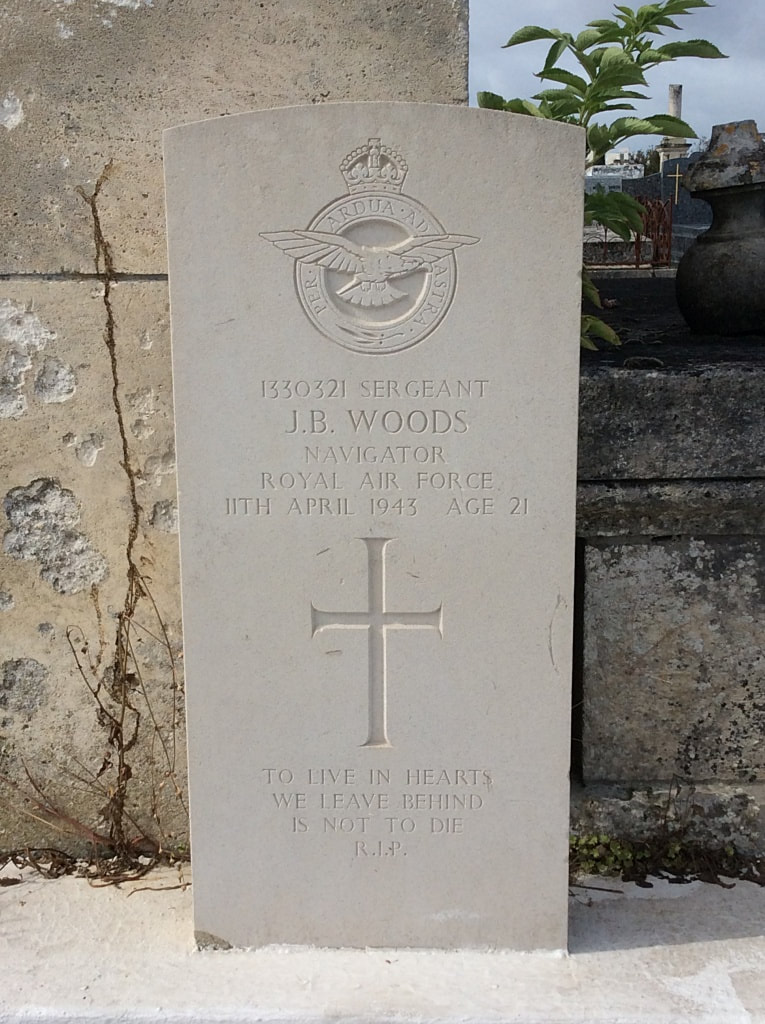 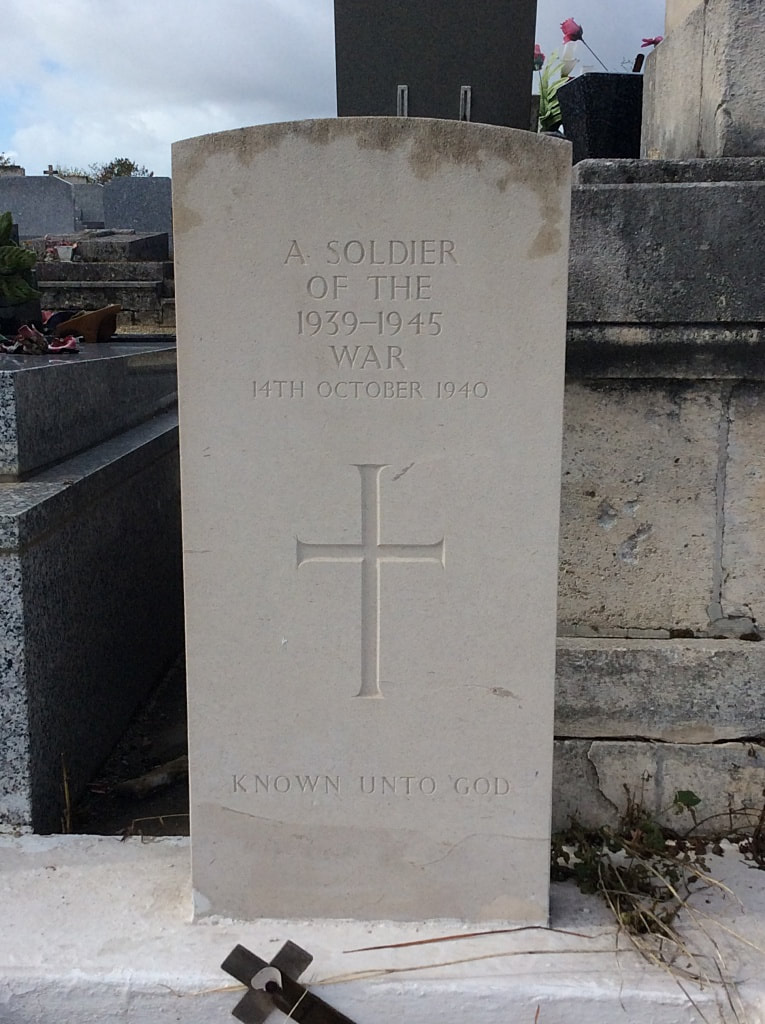 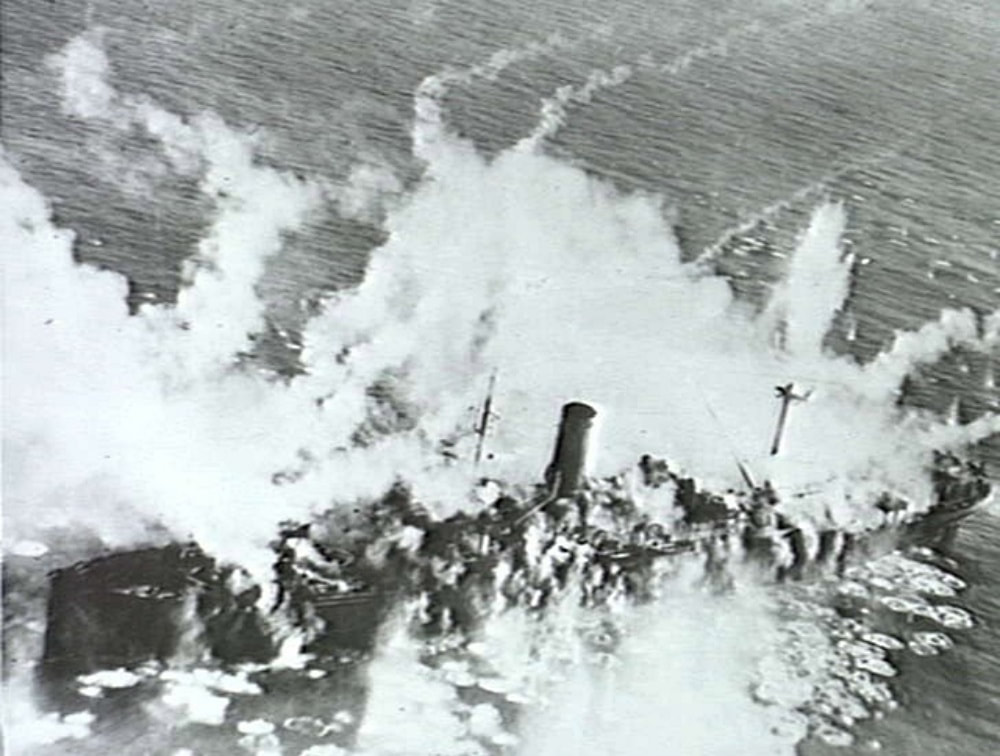 The Cargo ship Magdenburg off the Royan, France on 13th August 1944, smothered in smoke during an attack from rocket and cannon firing beaufighter aircraft or R. A. F. coastal command. Reconnaissance on the following day showed one ship sunk and the other still burning. 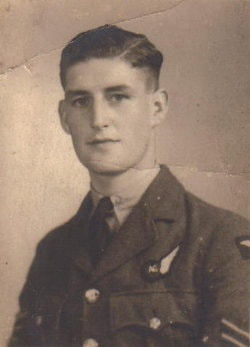 His headstone bears the inscription "Beautiful Memories Of A Smiling Face, A Broken Link I Can Never Replace"

425630 Flight Sergeant Charles Leslie Fincham, Royal Australian Air Force, died 5th January 1945, aged 23. Son of Charles and Selina Mary Fincham; husband of Marie Robertson Fincham, of Newcastle, New South Wales, Australia. His headstone bears the inscription "Like Our Saviour He Died For Us That We Might Live. God's Will Be Done"

1330321 Sergeant Joseph Byrne Woods, 214 Squadron, Royal Air Force Volunteer Reserve, died 11th April 1943, aged 21.
Son of Thomas Henry and Katie Woods, of Wimbledon, Surrey. His headstone bears the inscription "To Live In Hearts We Leave Behind Is Not To Die R. I. P. " 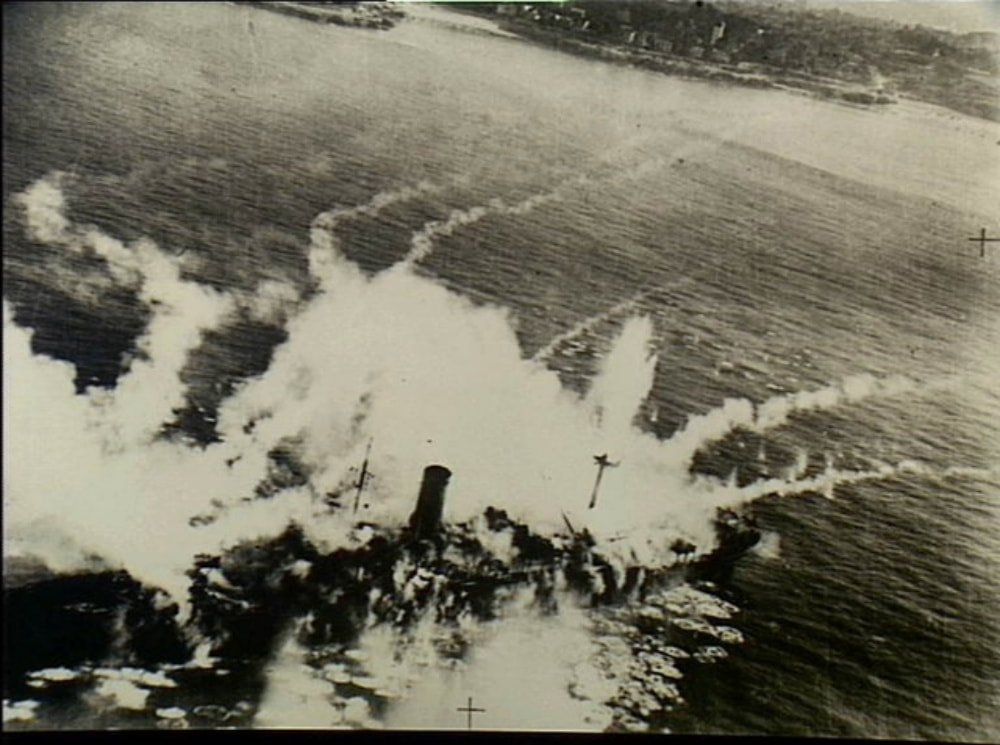 Off Royan, France. Circa January 1945, an attack by Beaufighter aircraft of RAF Coastal Command with cannon and rockets on Sperrbrecher. The ship subsequently sank.