Avant-lès-Marcilly is a village and commune 25 miles (40 kilometres) west-north-west of Troyes, and 6 miles (10 kilometres) south-east of Nogent-sur-Seine, a small town on the River Seine, Historical Information: In the churchyard, near the north-east corner of the church, are the graves of four British and three Australian airmen.

Unusually the wife of Sergeant Turnbull is also buried here in the Commonwealth plot.

Base: R.A.F. Binbrook, Nottinghamshire
Unut: 460 Sqdn., Bomber Command
Aircraft: Lancaster Mk I, serial ME728
Target: Mailly-le-Camp, Aube, France
Incident: The Lancaster crashed at Avant-les-Marcilly on the 4th May 1944. There were no survivors

641334 Sergeant Richard Anthony Johnson, 460 (R.A.A.F.) Sqdn. Royal Air Force Volunteer Reserve, aged 22. Son of Richard and Mary Johnson of Scale Hall, Lancaster. His headstone bears the inscription "R. I. P. This Day Is Yours, Yesterday Is Dead And Tomorrow Is Yet To Come" 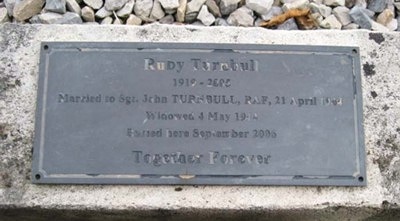 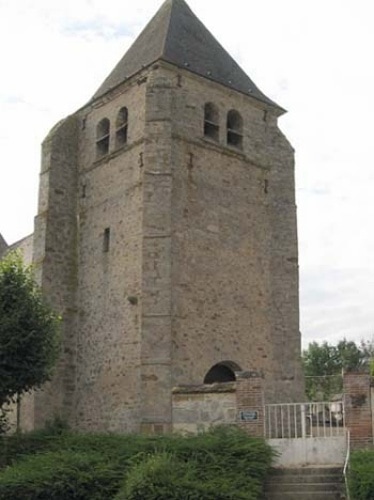