St. Martin-sur-Oreuse is a village and commune 60 kilometres north-north-west of Auxerre, and 12 kilometres north-north-east of Sens, a town on the main Paris to Auxerre road and railway. The nearest railway station with a reasonable service is at Sens, where taxis are available. The cemetery lies on the northern side of the village, on a local road leading to the neighbouring hamlet of Barrault. The graves of seven British airmen are some 17 yards north-east of the memorial.

On 29th July 1944 the men of Lancaster JB701 were on one of 12 aircraft from 49 Squadron who took off from RAF Fiskerton in Lincolnshire, bound for a bombing raid over northern Germany. In the early hours of July 29, 1944, the crew were shot down by enemy fighter aircraft near Sens, 120km south of Paris. None survived the crash and they were buried together in the nearby cemetery of St Martin-sur-Oreuse.

Images in this gallery © Bill Sheret 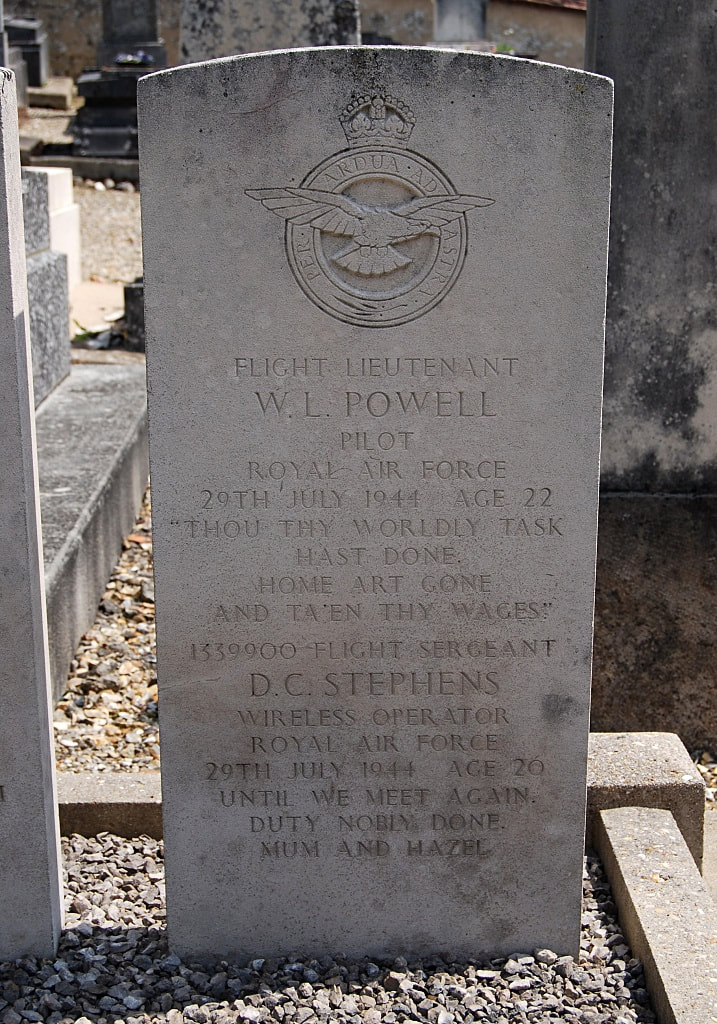 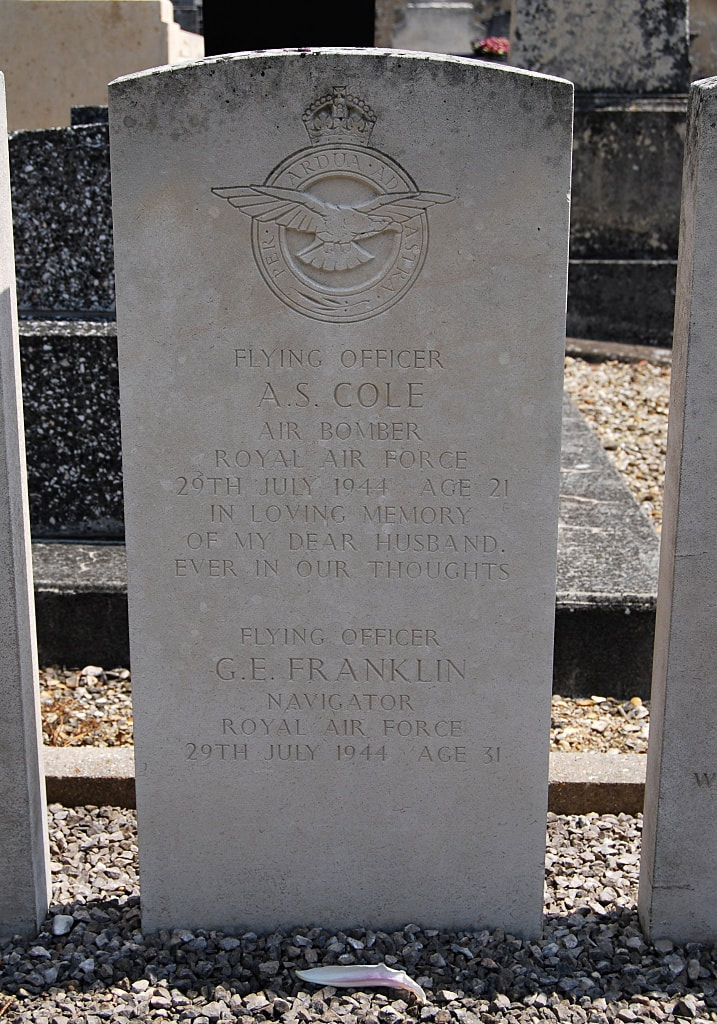 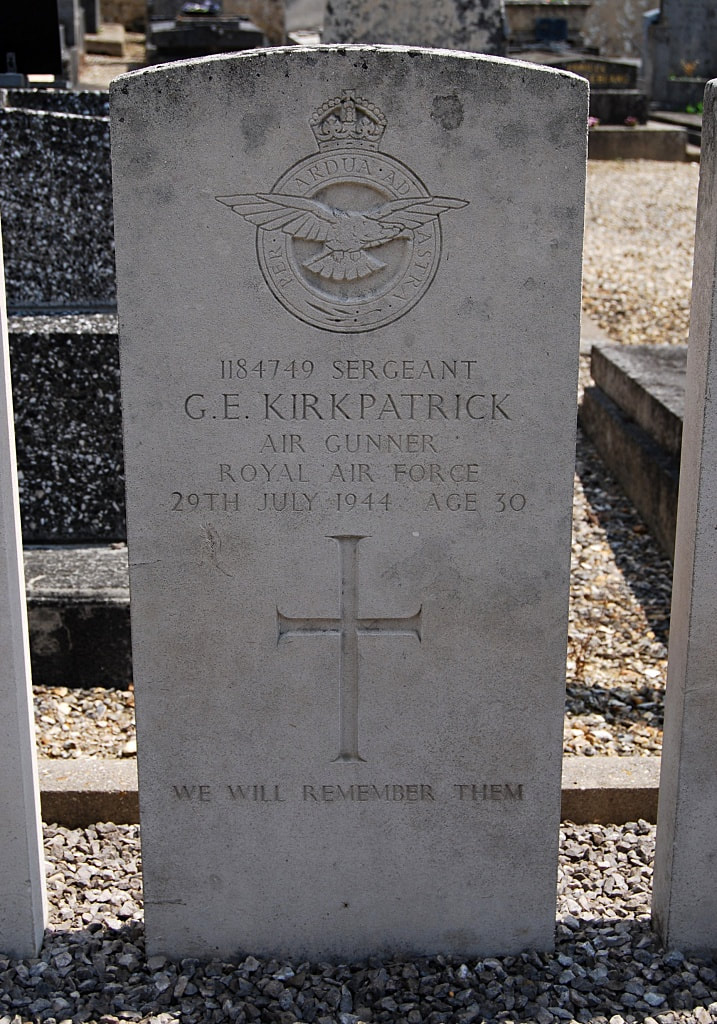 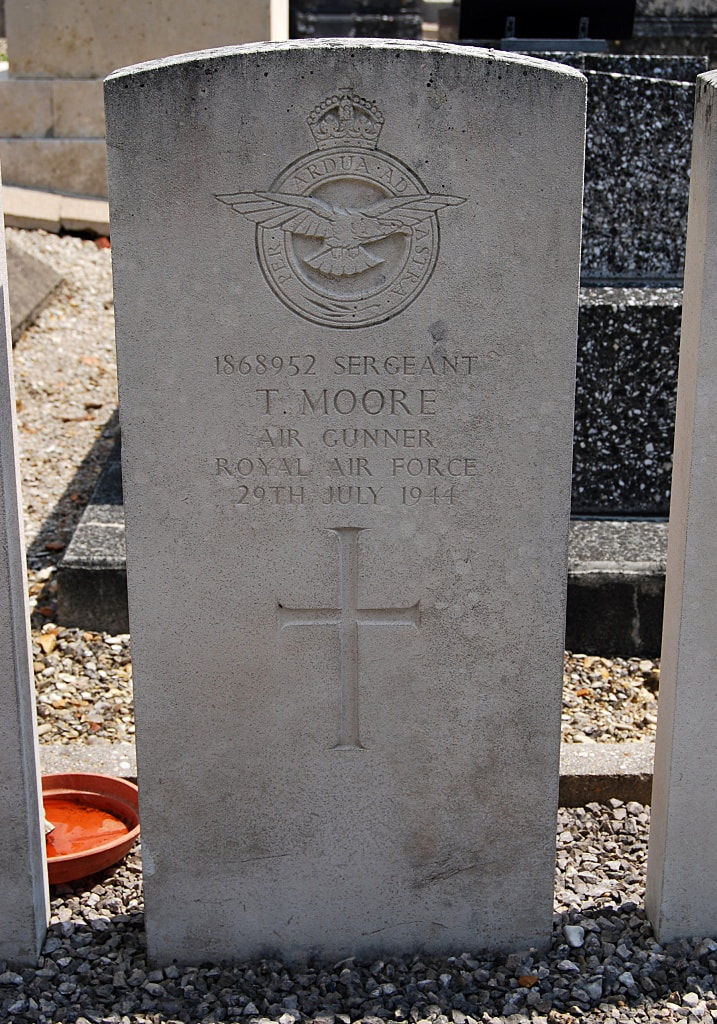 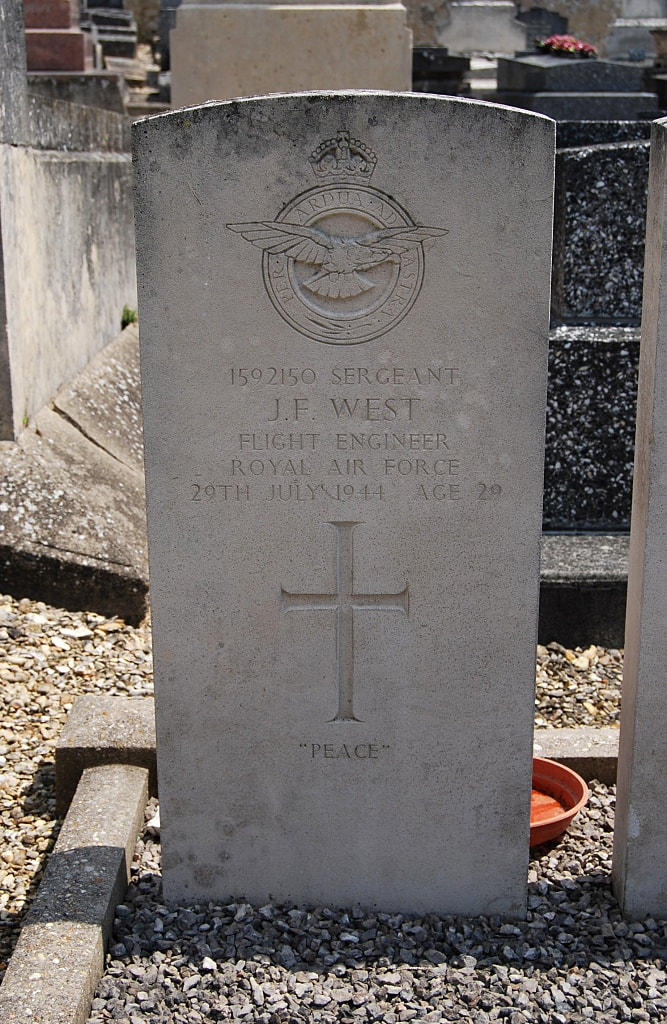 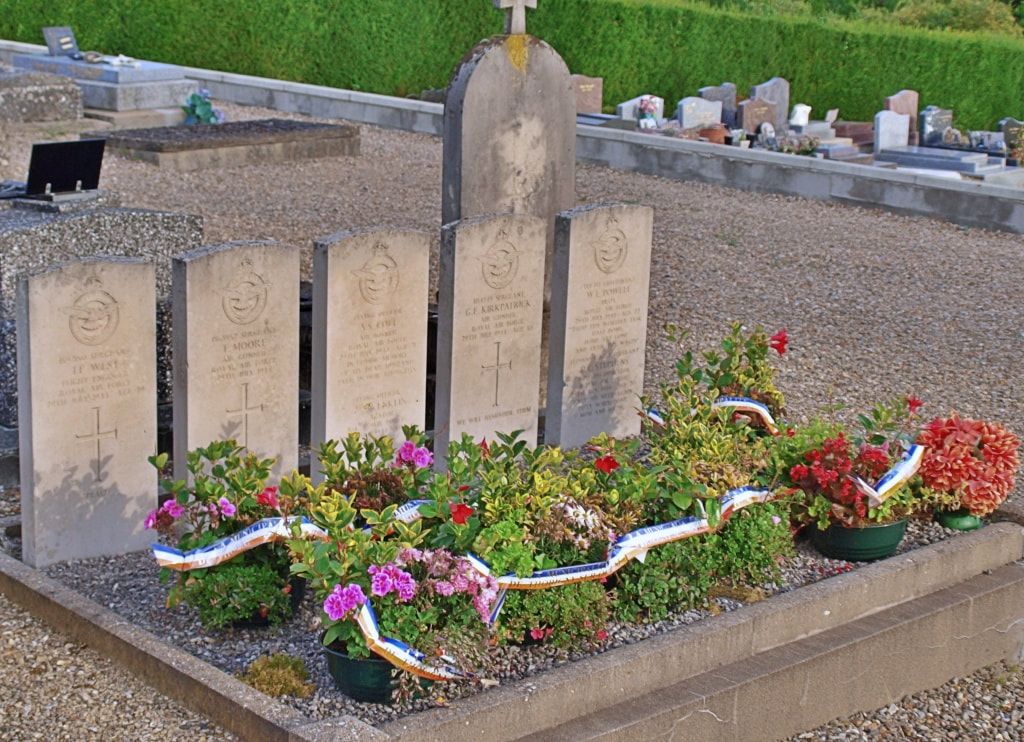 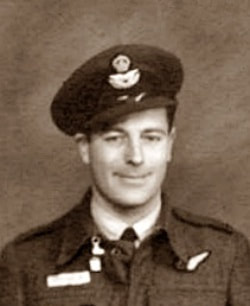 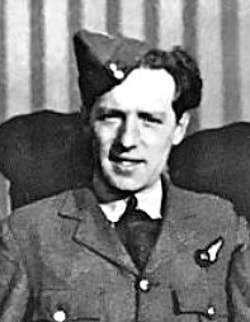 His headstone bears the inscription "We Will Remember Them" 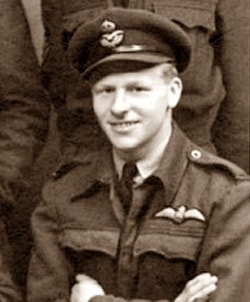 His headstone bears the inscription "Thou Thy Worldly Tak Hast Done, Home Art Gone And Taken Thy wages" 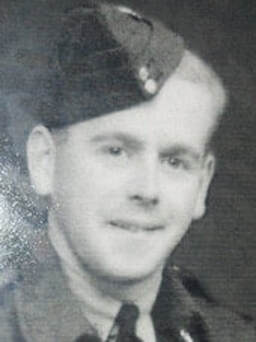 His headstone bears the inscription "Until We Meet Again. Duty Nobly Done. Mum And Hazel"

Extract taken from the Cornish and Devon Post dated 1st December 1945.
​
In July last year Flight-Sergeant Stephens was reported missing, and a day or two ago his mother received the information that he was killed whilst on an operational flight with a Lancaster Pathfinder Force. Flight-Sergeant Stephens who had been recommended for a commission, had taken part in many operational flights over Germany and enemy occupied countries. He was a popular student at the Camelford Grammar School and was loved and respected by all who knew him, and sympathy is expressed with the widowed mother and fiancée in their bereavement. In his boyhood days he was a valued member of the Camelford and Boscastle Boys Brigade.

Although unconfirmed, it is believed Donald was born in 1924, the son of John Andrew Stephens and Bertha Stephens. His mother, Bertha, was born Bertha Fray and may have married someone from the Carne family, who died in 1914. Bertha Carne nee Fray then married again to John Stephens, who died in 1930. She was living at 2 Willepark View, Boscastle, in 1939.

Unfortunately the RAF have not been able to track any relatives but it is possible that Donald’s father, John, was one of several siblings. John was born in 1896 and had eight siblings — Mary E, George R, Emily A, Mabel R, Edith, Florence, Harry and Albert.
​
Donald was one of seven aircrew lost from the Lancaster aircraft from 49 Squadron RAF on their 17th mission during the Second World War. Donald was a wireless operator on the 49 Squadron Lancaster, flying from RAF Fiskerton in Lincolnshire. ​ 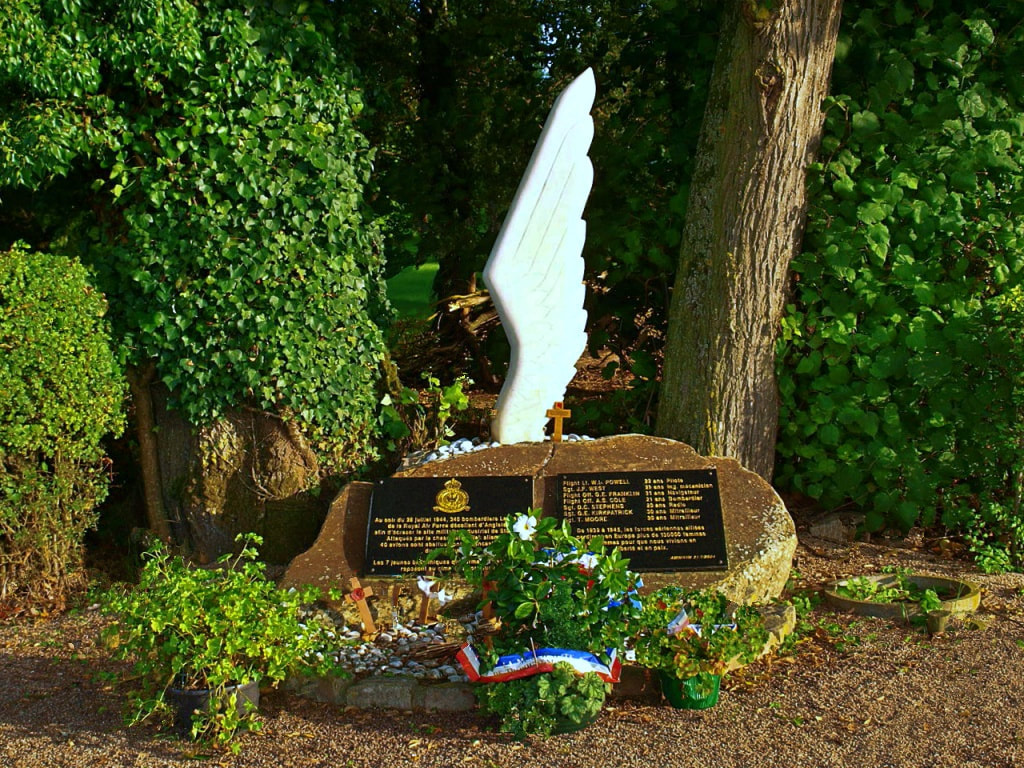 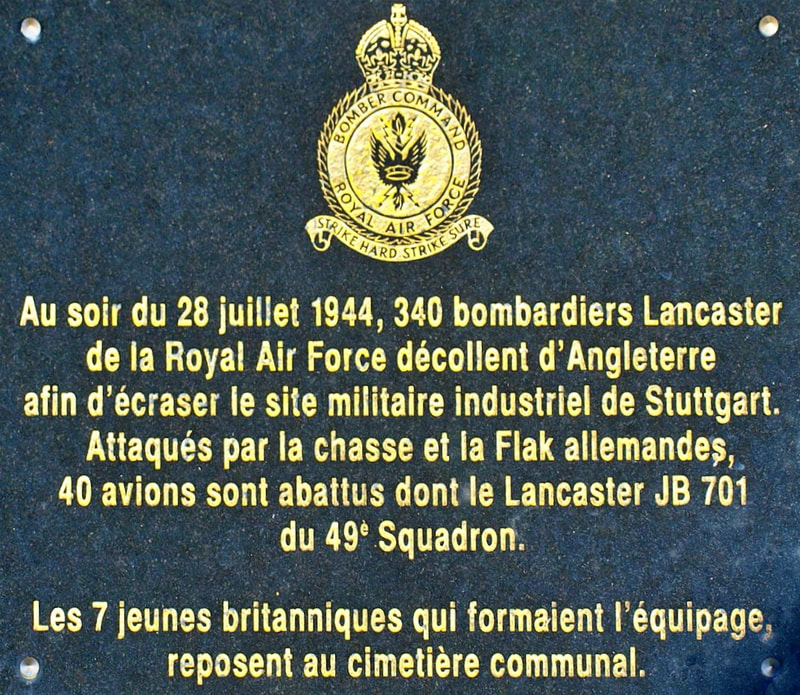 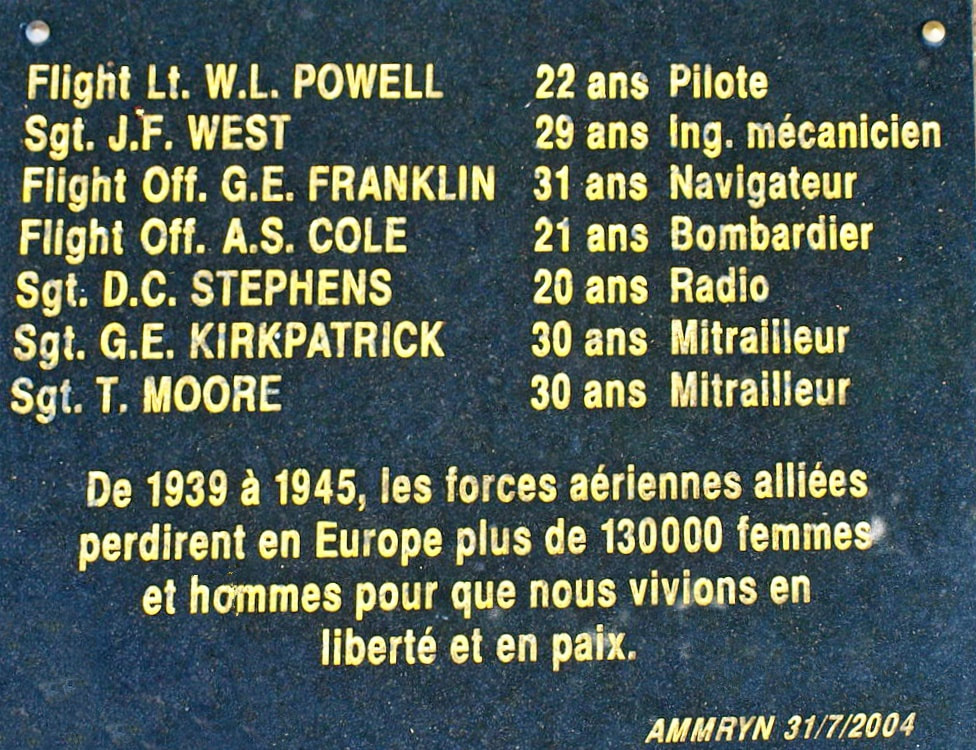 The crew of a Second World War Royal Air Force Lancaster have been honoured with the unveiling of a new memorial in the French field where they crashed. For years, their foreign final resting place had been cared for by local children, now the French community in St Martin-sur-Oreuse have come together with British families and military colleagues to pay tribute to seven men who gave their lives in defence of the UK and her allies.

Map of Crash Site Below 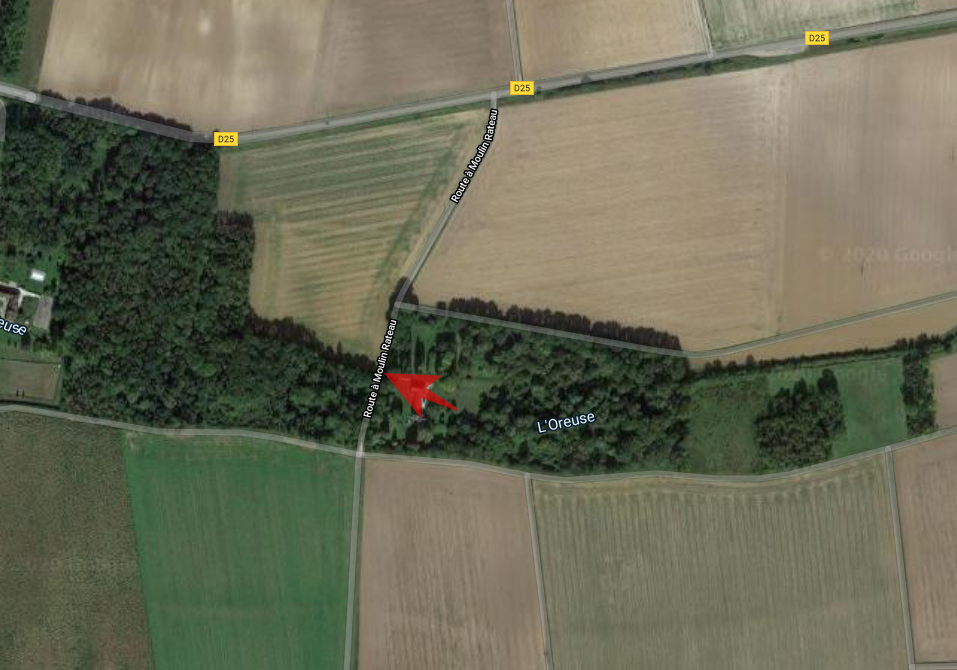