Attigny is a village and a commune in the department of the Ardennes, on the south bank of the River Aisne. It is 34 kilometres south-west of Mezières and 16 kilometres east of Rethel. The Cemetery is on the south-western side of the village on the road to Saules-Champenoises.

Near its south-eastern corner are the graves of four airmen, two of whom belonged to the Royal Air Force and two to the Royal Canadian Air Force. 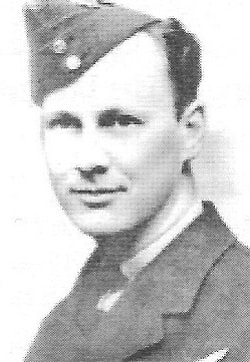 1126560 Flight Sergeant William Stansfield Allen, Pilot in 115 Squadron, Royal Air Force Volunteer Reserve, died 29th August 1942, aged 21. Son of Ernest and Ivy Allen, of Whitefield, Lancashire. his headstone bears the inscription "God Has You In His Keeping We Have You In Our Thoughts" "Rest In The Lord"

1430680 Sergeant Eric Hepworth, Obs. in 115 Squadron, Royal Air Force Volunteer Reserve, died 29th August 1942. Son of Thomas Albert and Ellen Hepworth, of Marsh, Huddersfield; husband of Elsie Winifred Hepworth, of Dalton, Huddersfield. His headstone bears the inscription "All Religion Has Relation To Life And The Life Of Religion Is to Do Good"