Ville-sur-Retourne is a village and commune 46 kilometres south-west of Mezières and 13 kilometres south-east of Rethel. In the churchyard, near the south-western corner and at the end of the pathway from the entrance, is the joint grave of two airmen. 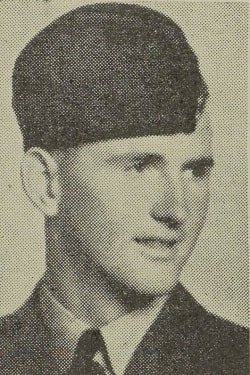