The district of Wezembeek-Oppem is located east of Brussel off the ring R0. After Zaventem turn off at junction 2 Wezembeek-Oppem and turn left along the dual-carriage way (Wezembeeklaan) towards Wezembeek-Oppem. At the round about at the end of the dual-carriageway, take the fourth exit into Lange Eikstraat. Take the second turning left into Bergenblokstraat and the first right into Warandeberg. Then take the first right into Kerkhofstraat. Follow the road to its end that is a car park and the cemetery is located just off the car park. Follow the path from entrance around the circle and continue up the main path. The Commonwealth grave is located to the left of the main path and is accessed via a path off the main path and to the left of this path. 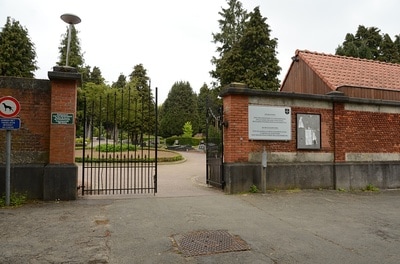 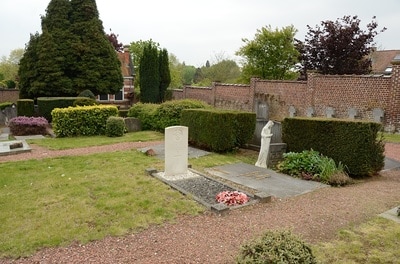 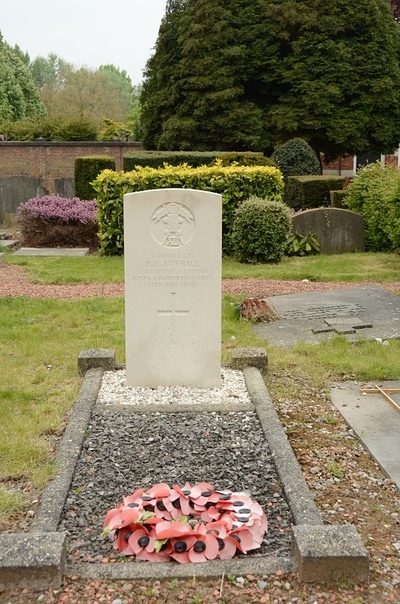 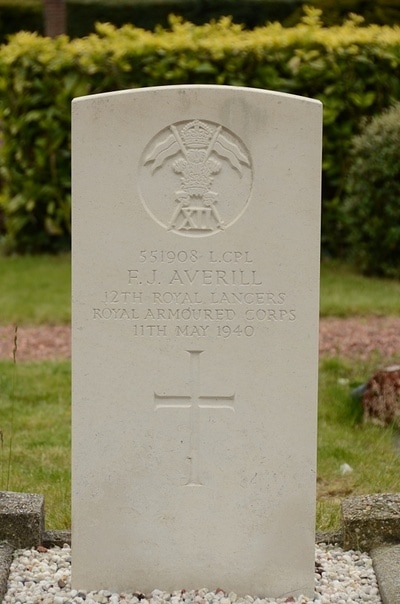