The village of Westmalle is located east of the town of Antwerp off the E34/A13 which runs between Antwerp and Eindhoven. Driving from Antwerp follow the E34 to the junction with the E313, then follow the E34 direction direction Eindhoven. Turn off at junction 20 Zoersel. At the T junction turn right on the N14 direction Zoersel, drive through the village and carry on along the N14 to the village of Oostmalle and the crossroads with the junction of the N12. Turn left onto the N12 direction Westmalle. On entering the village the town hall is on the right hand side. Turn right just past the town hall into Sint-Jozeflei, over the crossroads and the church is on the left. Enter the churchyard through the main gate and turn immediately left. The graves are on the left of the path about 10 meters from the gate against the churchyard boundary wall on the left. 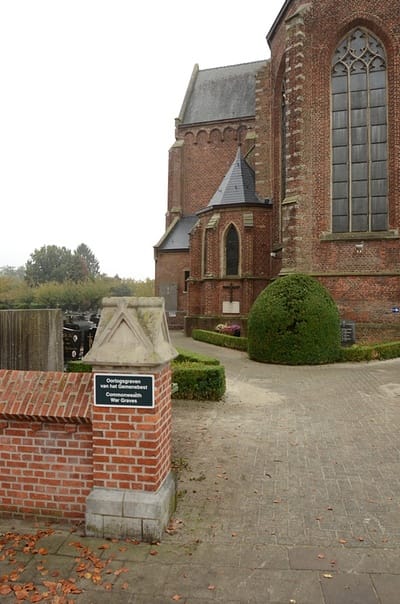 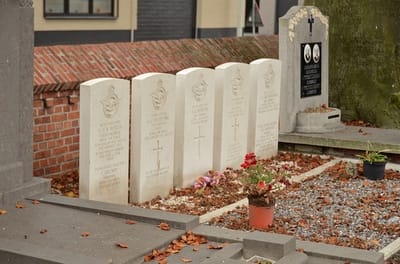 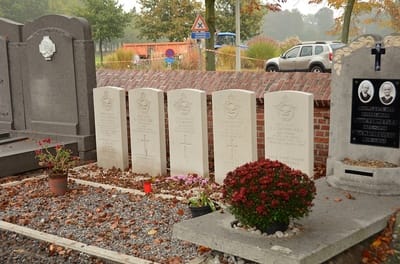 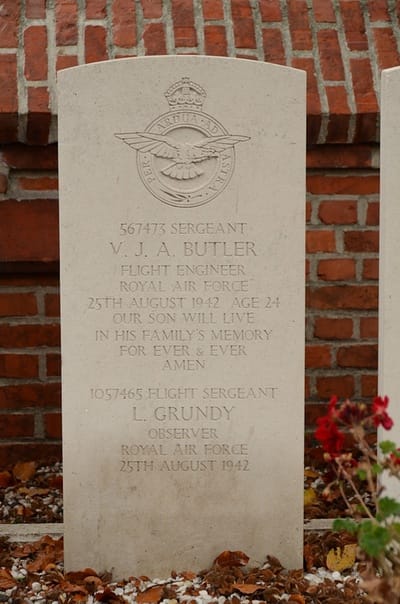 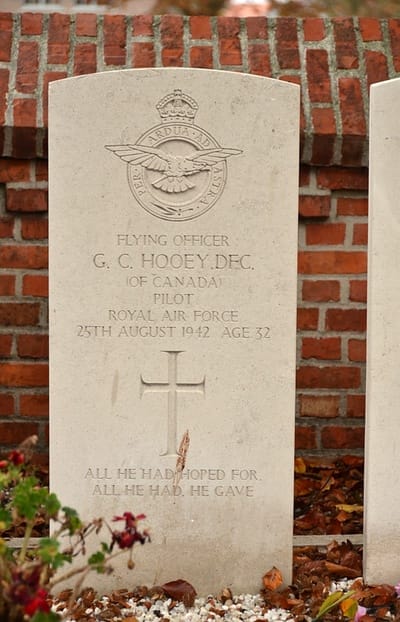 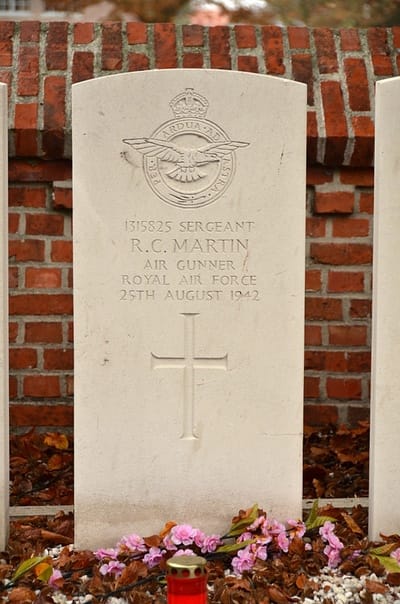 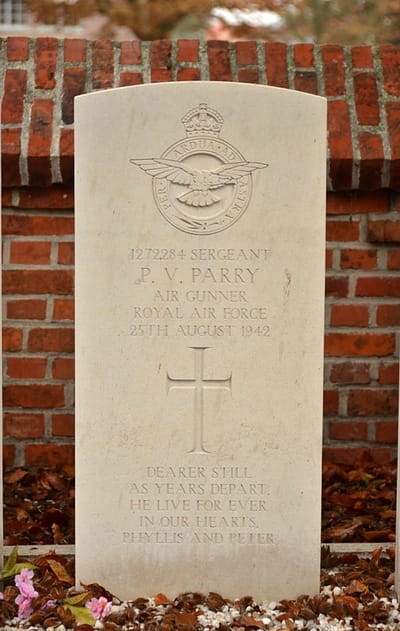 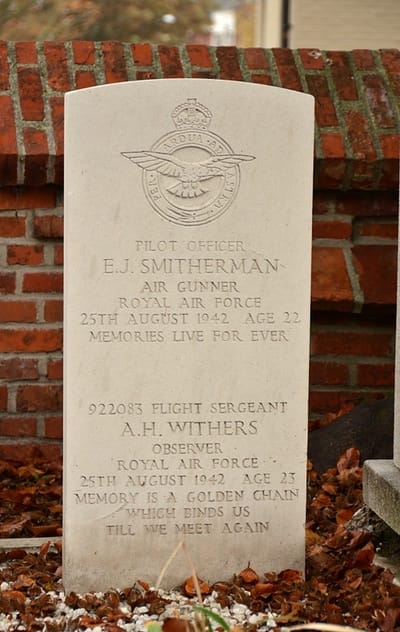 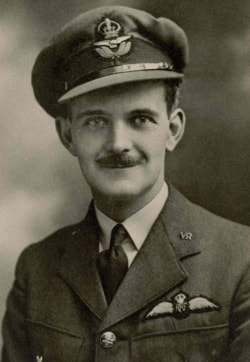 His headstone bears the inscription "All He Had Hoped For, All He Had, He Gave"