The village of Westkerke is located about 17 kilometres south-west of the town of Brugge (Bruges), on the N367 road which runs between Brugge and Gistel. It is also close to the E40 motorway. From the motorway take junction 6 Jabbeke which is the road N377. When you come into Jabbeke at the junction with the N367, turn right direction Gistel. You go through the village of Roksem and Westkerke is the next village. In the centre of the village is a cross roads where the N367 intersects with the N368. At the junction turn right into Westkerksestraat. Almost immediately turn left into the car park at the rear of the church and the war graves are located on the North boundary furthest away from the church. (Please note that the churchyard was moved several years ago and only the war graves remain here).

Westkerke Plot of Honour contains the grave of four Commonwealth airmen of the Second World War. 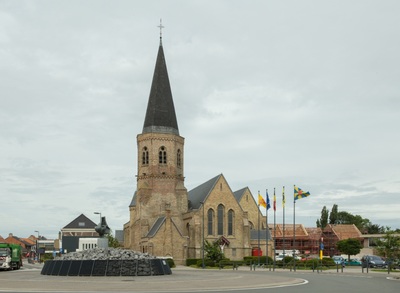 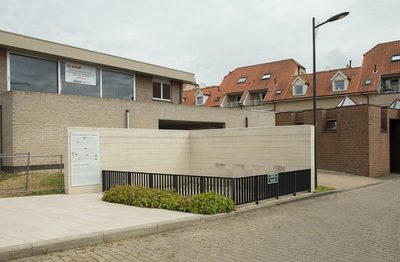 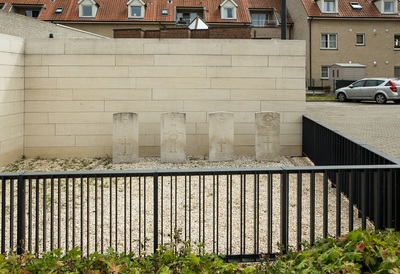 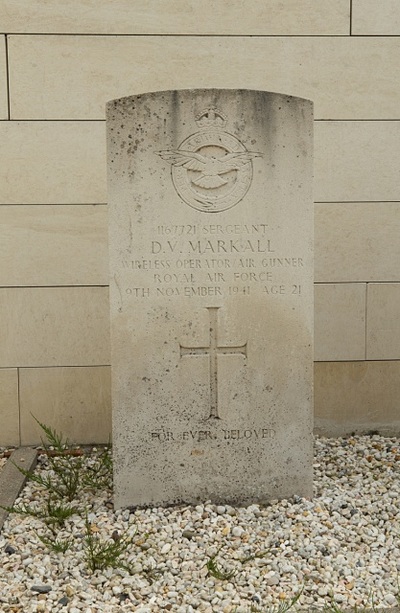 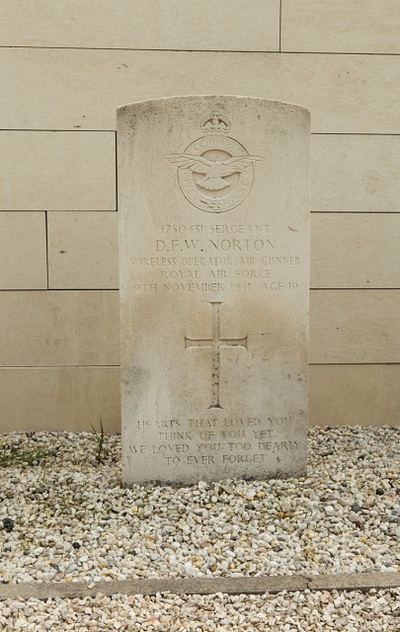 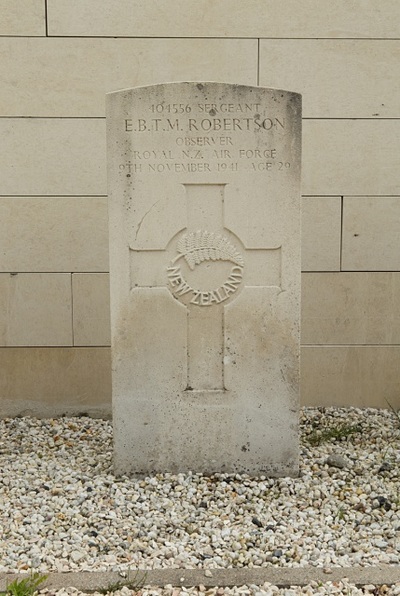 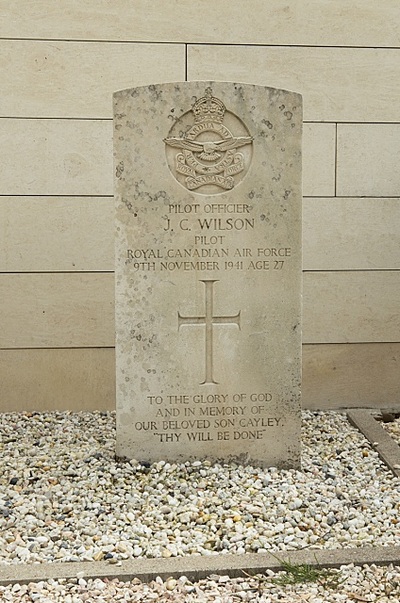 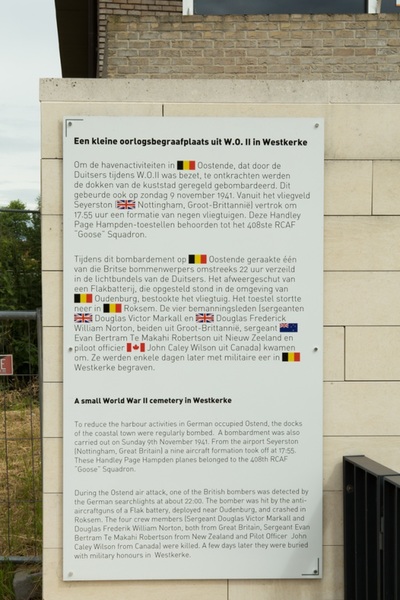 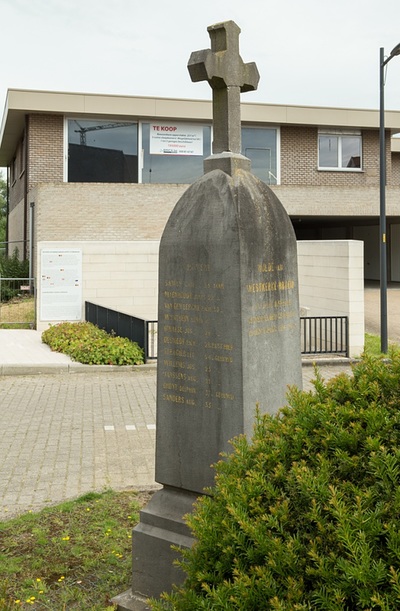 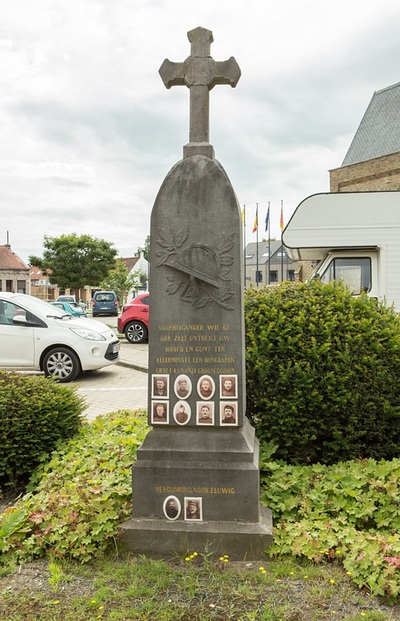