The village of Eernegem is located south of Gistel on the N33 which runs between Oostende and Torhout. Driving south from Gistel on the N33 turn left onto the N306 direction Eernegem, cross the railway and take the third turning on the left called Kerkhofstraat. The cemetery is on the right. From the main entrance walk to the end of the main path and the graves of 2 New Zealand airmen are to the right. 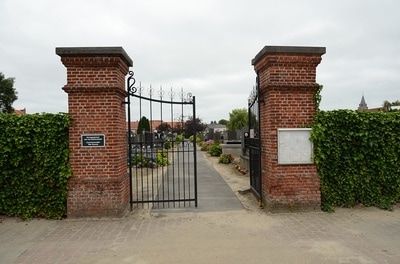 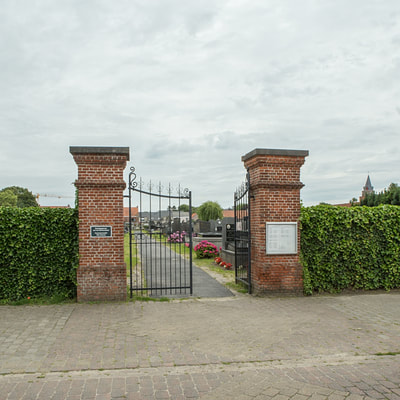 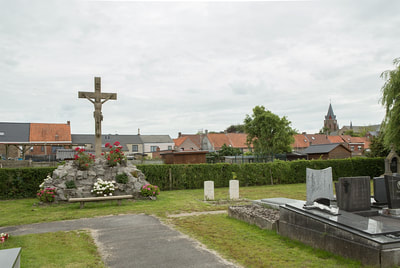 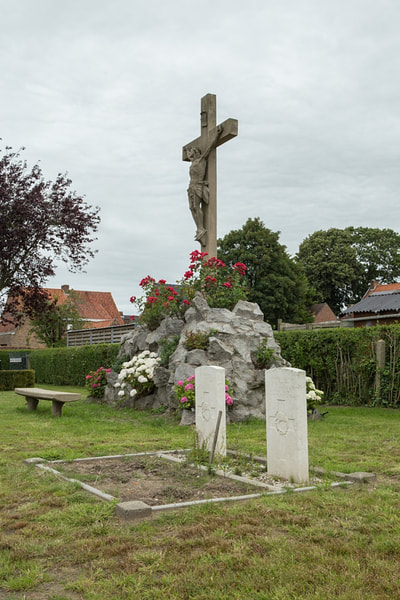 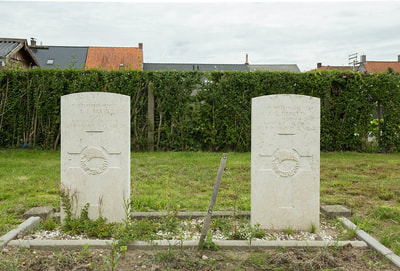 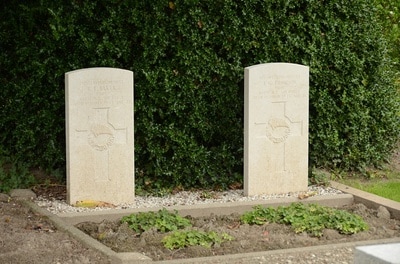 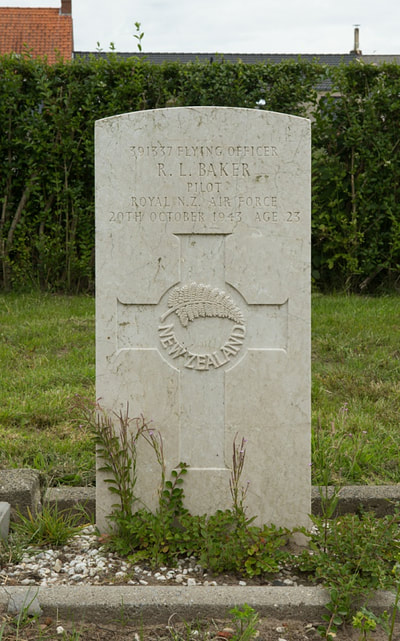 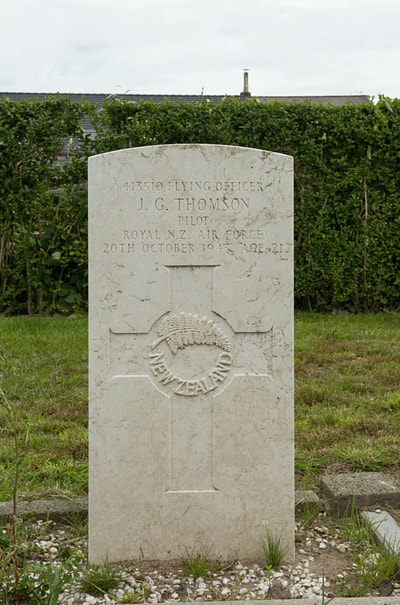