Vannes is a town in southern Brittany, in the Morbihan Department of France. When passing through the town on the N165 - in the direction of Nantes, Vannes (Bois Moreau) Communal Cemetery will be found on the left after the third set of traffic lights. The 9 burials are located at the end of a narrow path beside the enclosure wall, to the right of the entrance by the concierge's office. 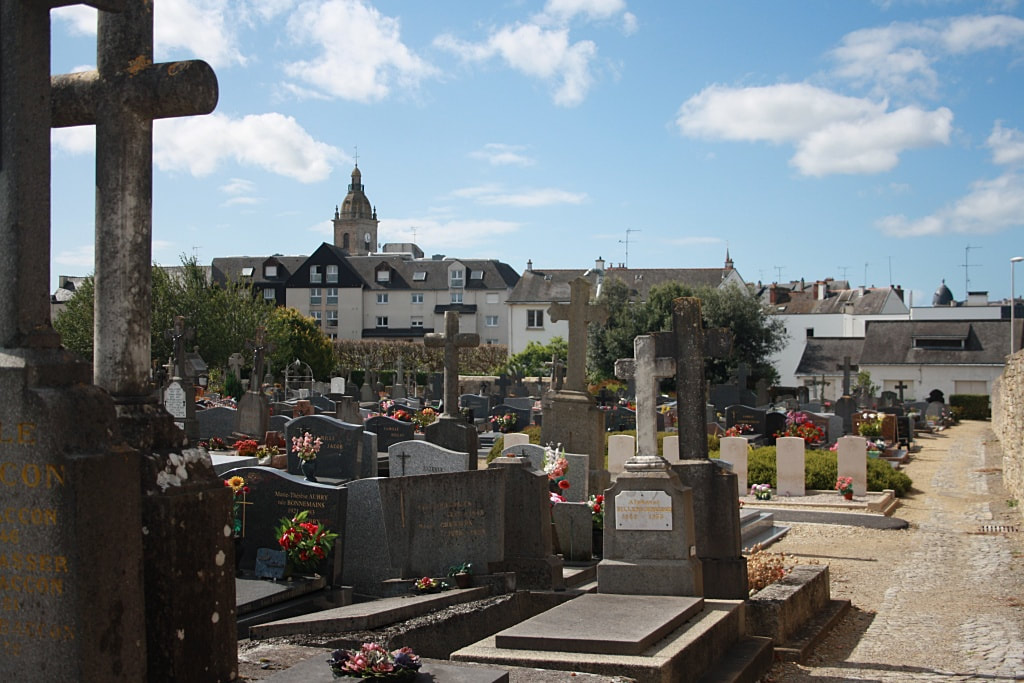 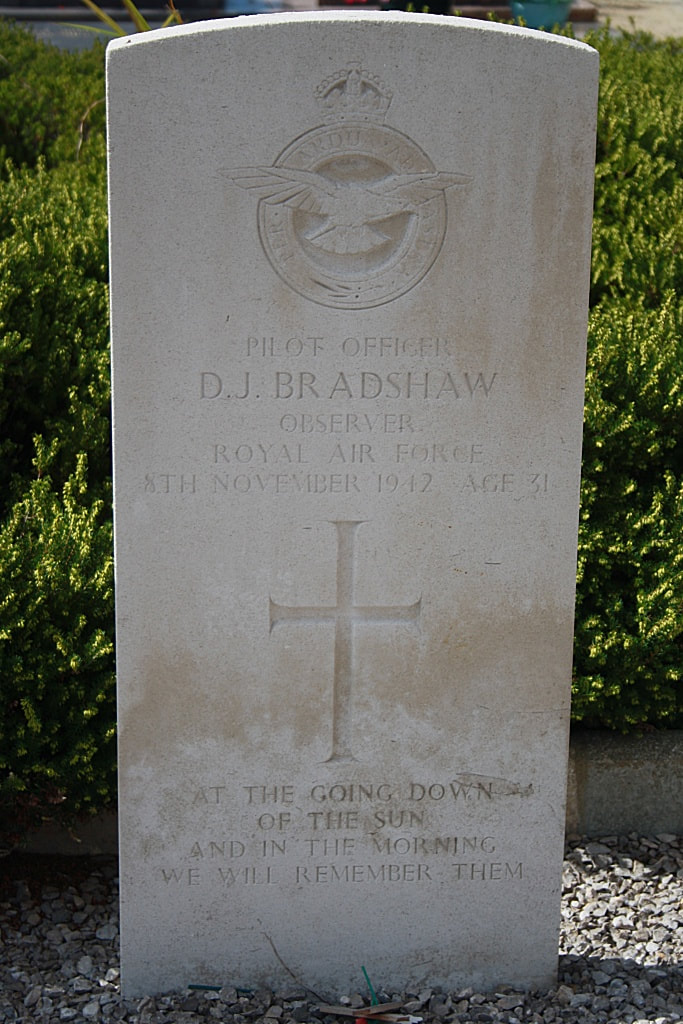 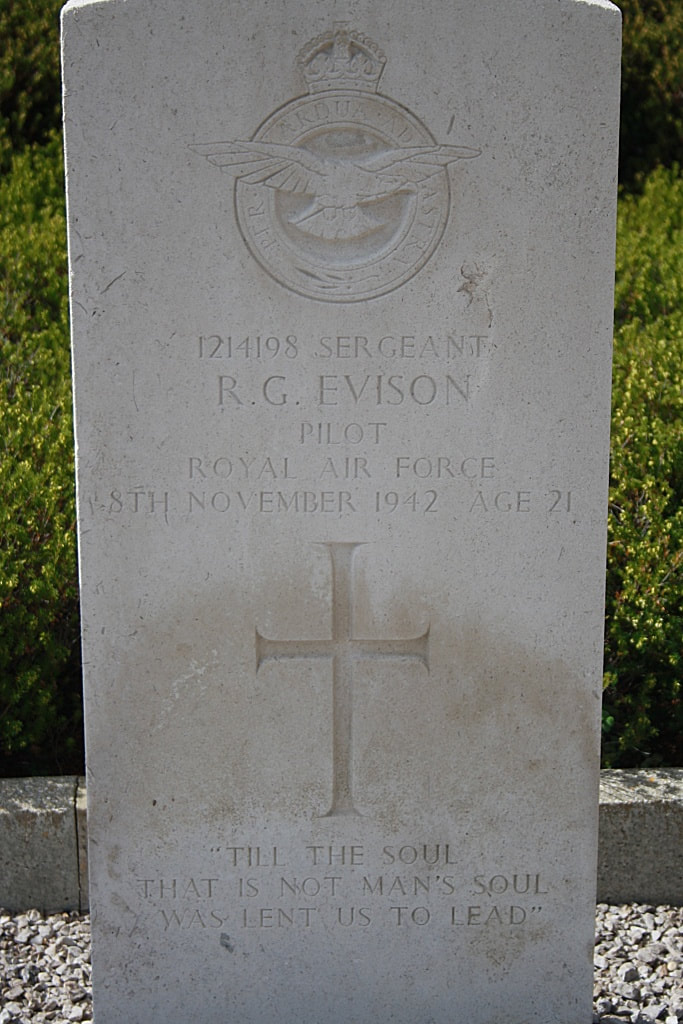 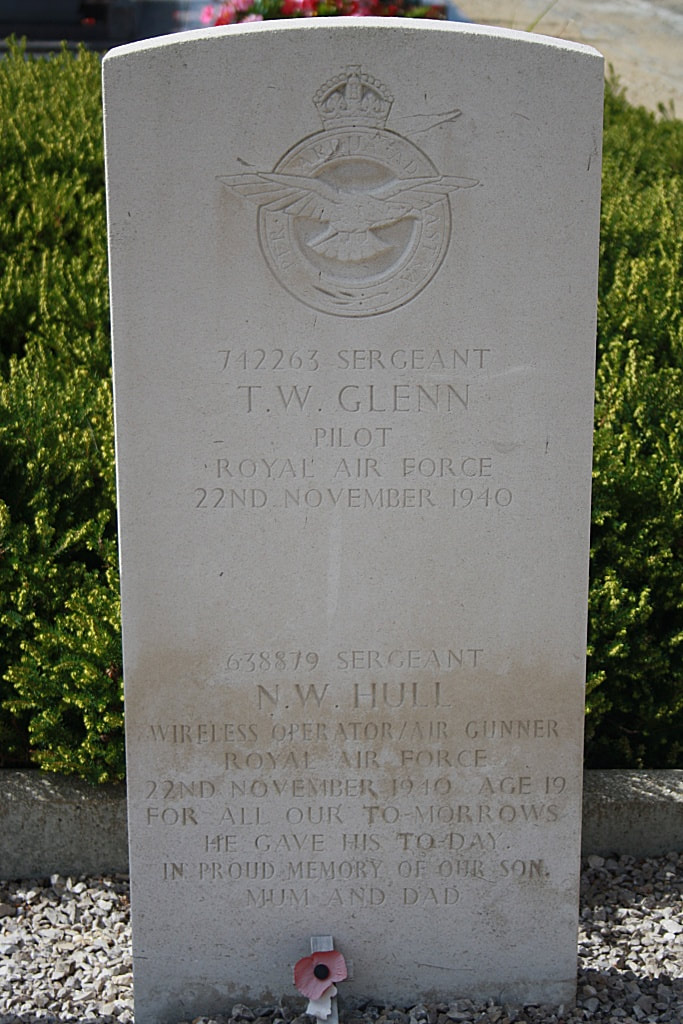 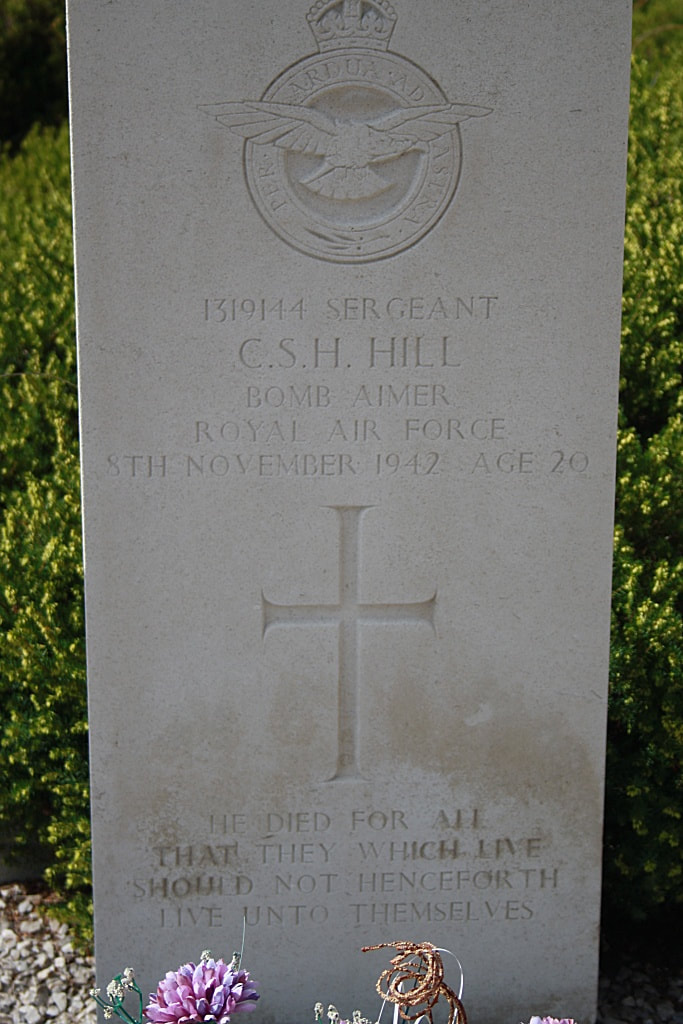 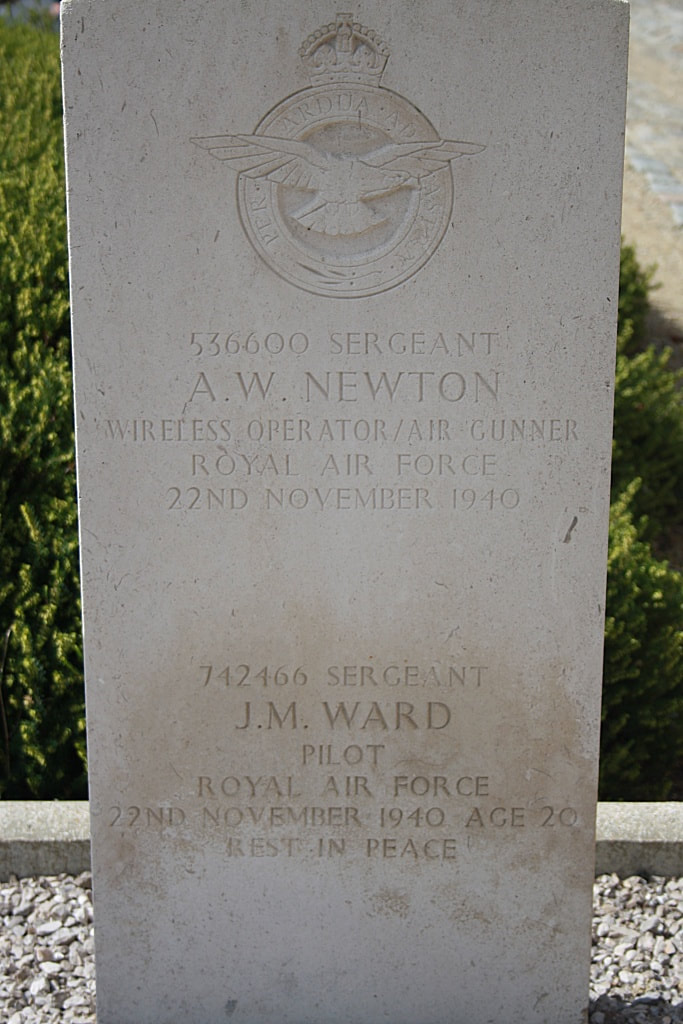 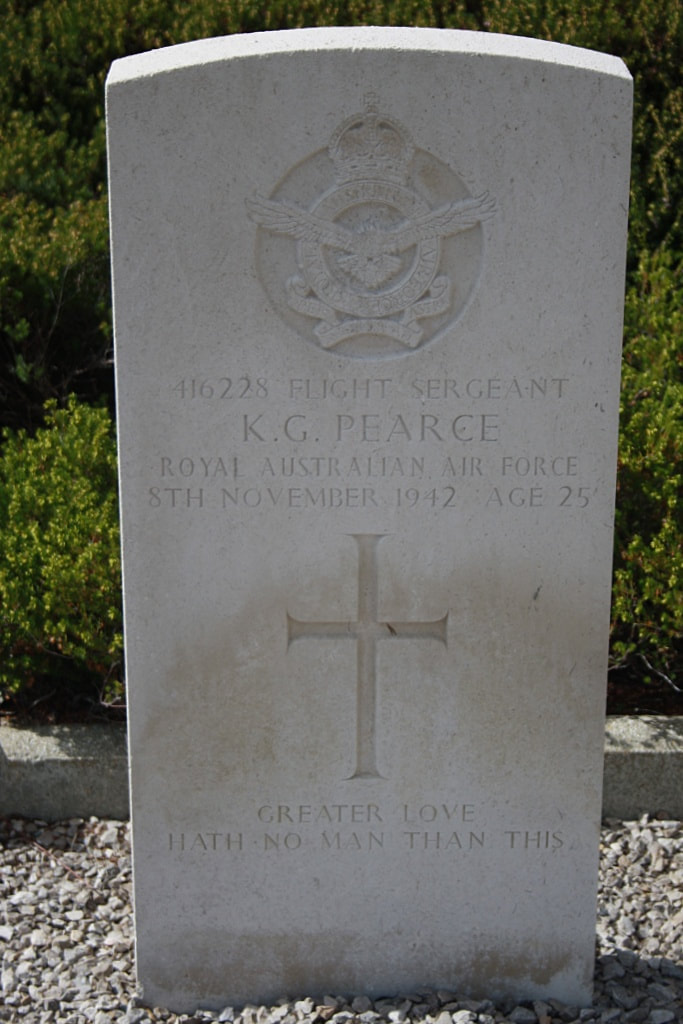 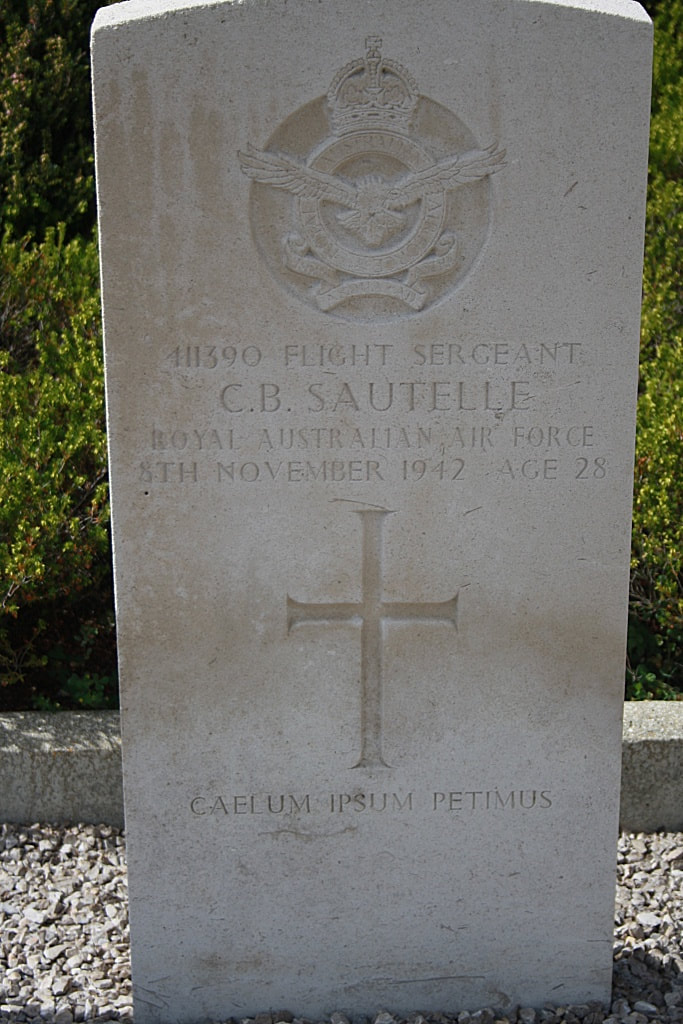 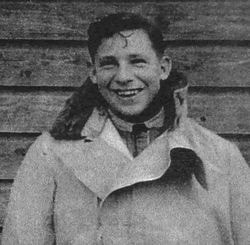 Son of Ernest Edward and Evelyn Annie Hull, of Bedford.

His headstone bears the inscription "For All Our To-Morrows He Gave His To-Day. In Proud Memory Of Our Son. Mum And Dad" 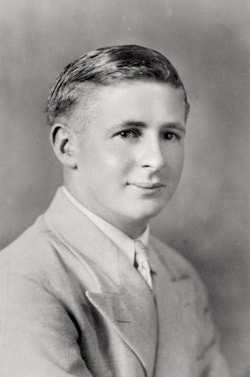 Pre-enlistment studio portrait of 411390 Flight Sergeant (Fl Sgt) Claude Besnard 'Peter' Sautelle, RAAF, attached to 142 Squadron RAF, of Artarmon, NSW (previously of Bombala, NSW). A wireless engineer in civilian life, Fl Sgt Sautelle enlisted on 28 April 1941. Whilst training in Canada in 1941 he met and married an English woman, Sylvia Sanders. Soon after, Fl Sgt Sautelle and his bomber crew were sent to Britain to serve with 142 Squadron. On 8 November 1942, just before their first wedding anniversary, Fl Sgt was killed whilst on operations over France. He was aged 28. 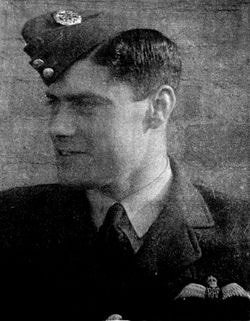 Son of Charles Arthur and Nellie Ward, of Winshill, Staffordshire.

His headstone bears the inscription "Rest In Peace"

119905 Pilot Officer Douglas James Bradshaw, 142 Squadron, Royal Air Force Volunteer Reserve, died 8th November 1942, aged 31. Son of William and Mary Bradshaw; husband of Marie Edith Bradshaw, of Norwich. His headstone bears the inscription "At The Going Down Of The Sun And In The Morning We Shall Remember Them"

1319144 Sergeant Cyril Sydney Herbert Hill, 142 Squadron, Royal Air Force Volunteer Reserve, died 8th November 1942, aged 20. Son of Herbert and Ivy May Hill, of Port Talbot, Glamorgan. His headstone bears the inscription "He Died For All That They Which Live Should Not Henceforth Live Unto Themselves"