Plougoumelen is a village and commune 12 kilometres west of Vannes and about 3 kilometres south-west of Auray, on a by-road south of the main road from Vannes. Auray is on the Paris Le Mans-Nantes-Quimper railway line. Plougoumelen Communal Cemetery is on the eastern side of the village, north of the road to Ploeren. North-east (far right) of the entrance, against the boundary wall, is the collective grave of six airmen.

Plougoumelen Communal Cemetery contains 6 Airmen from World War Two who were all killed on 6th August 1944. 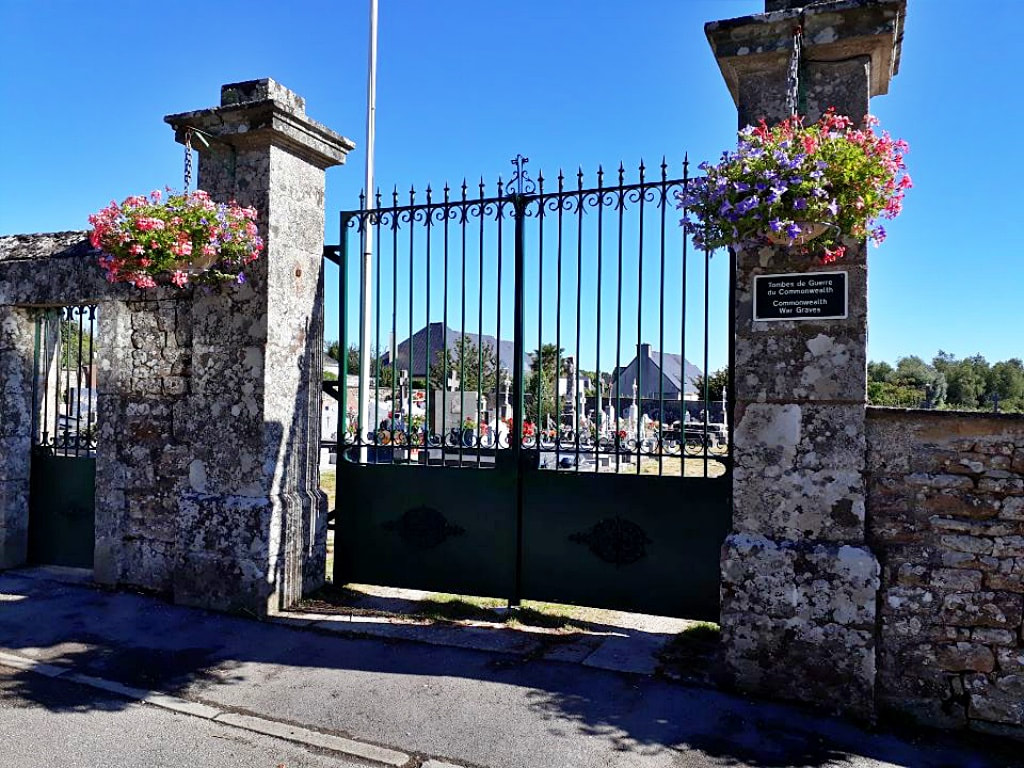 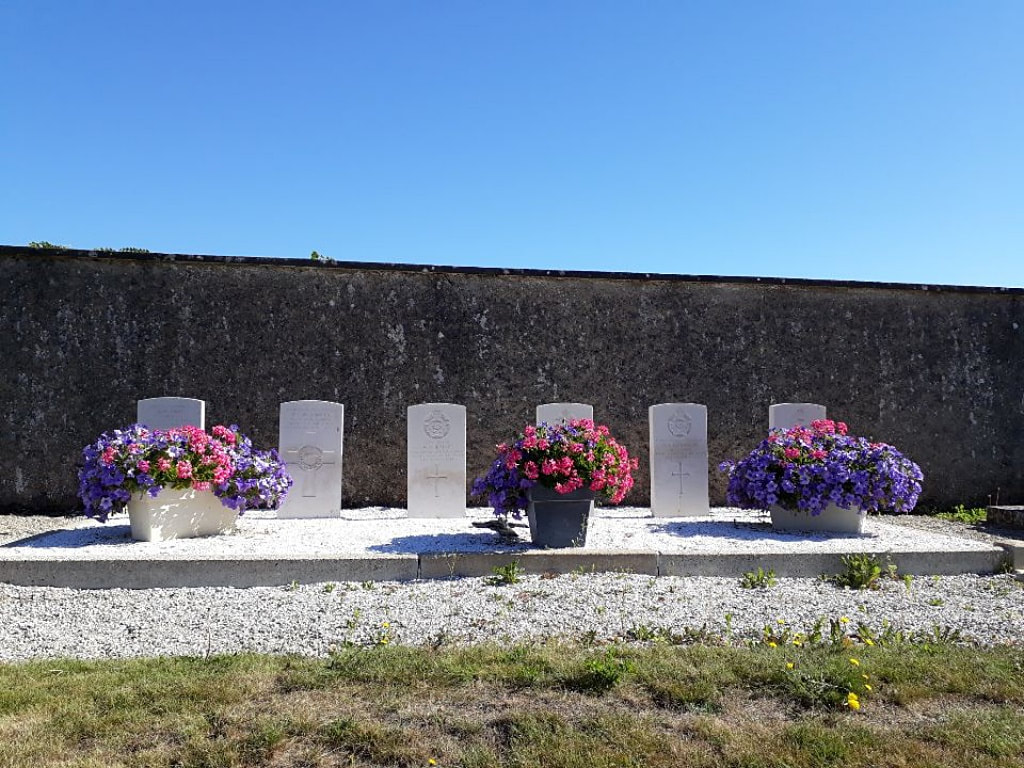 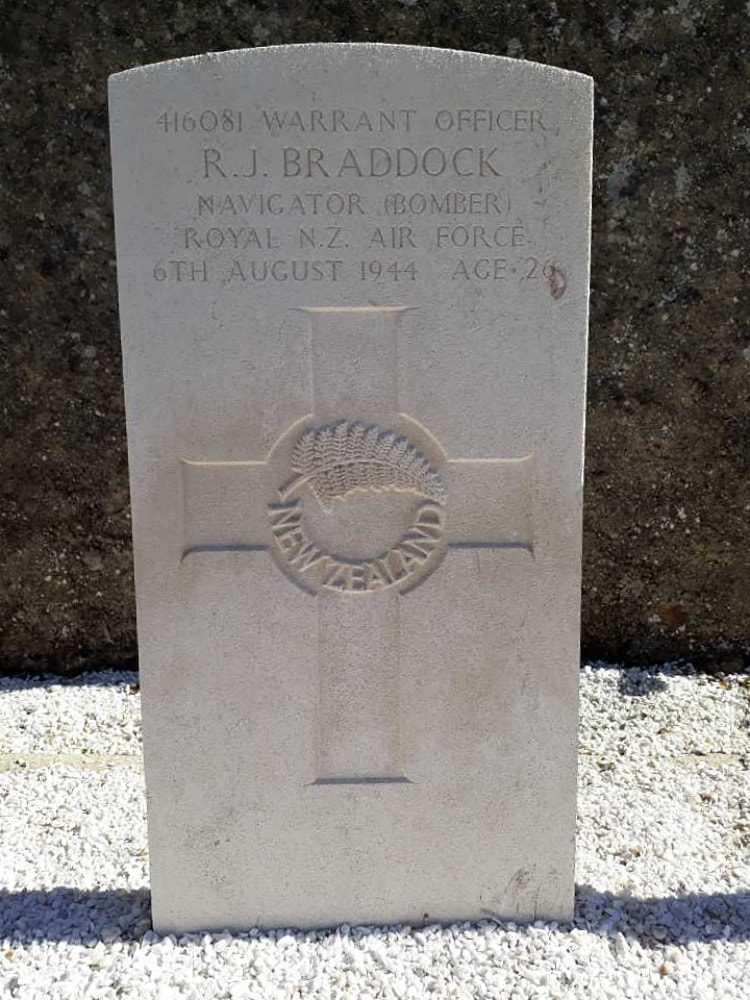 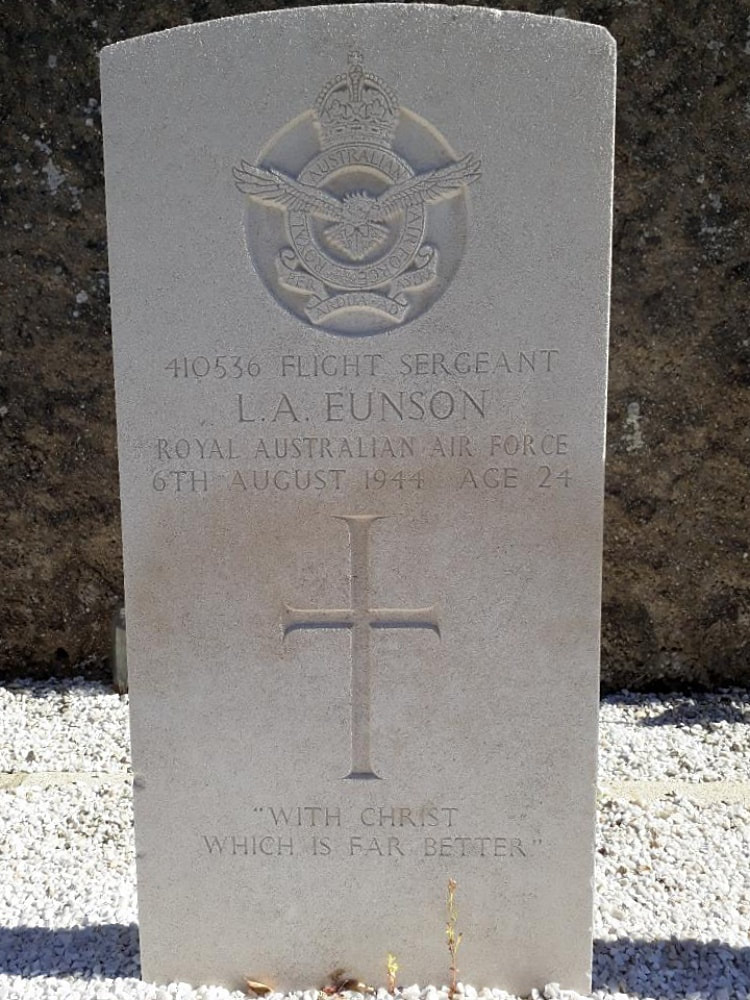 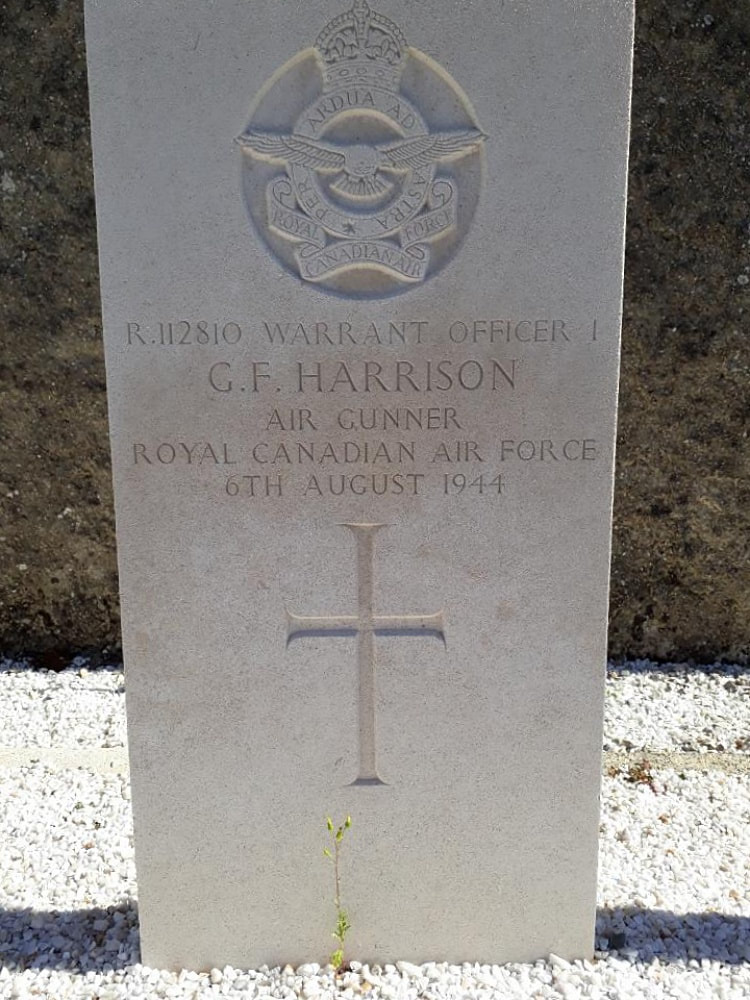 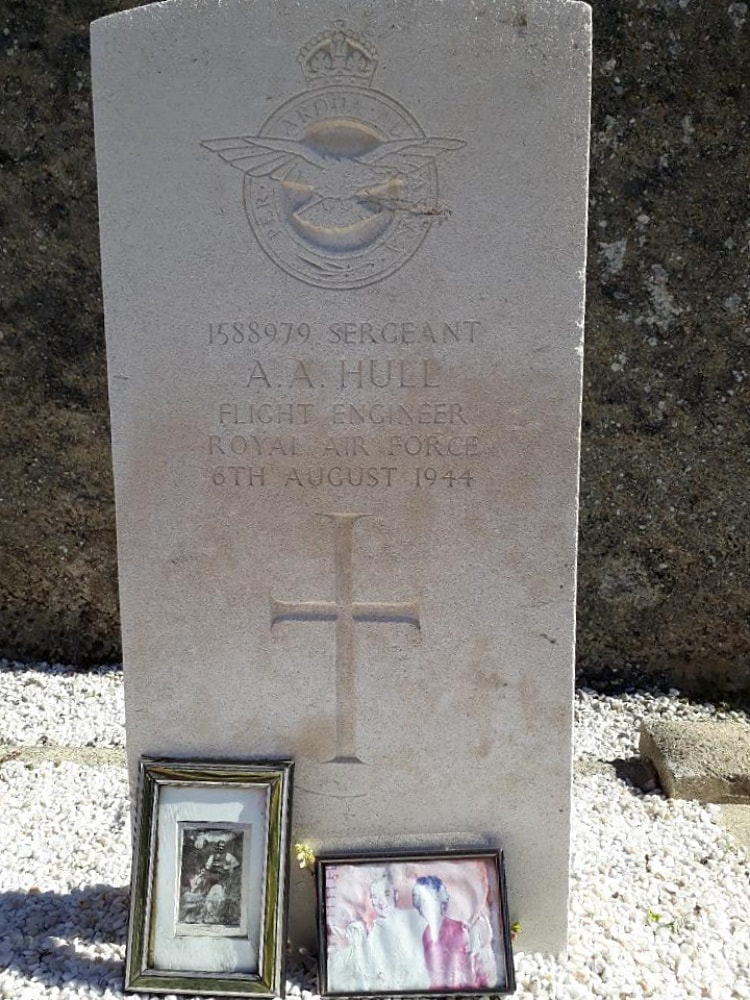 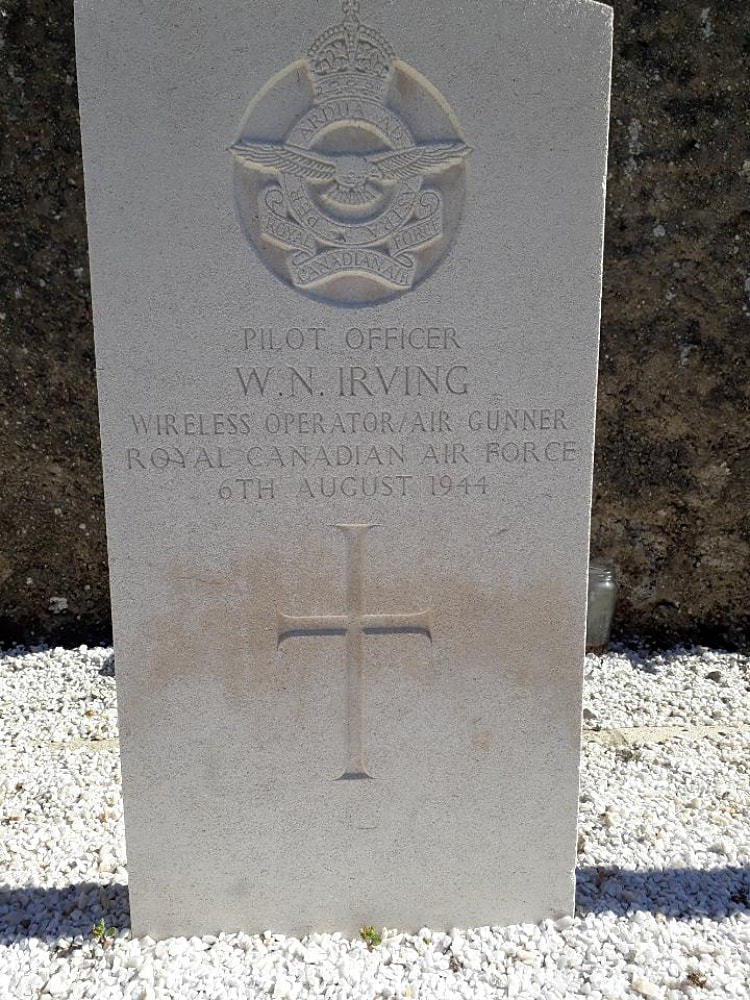 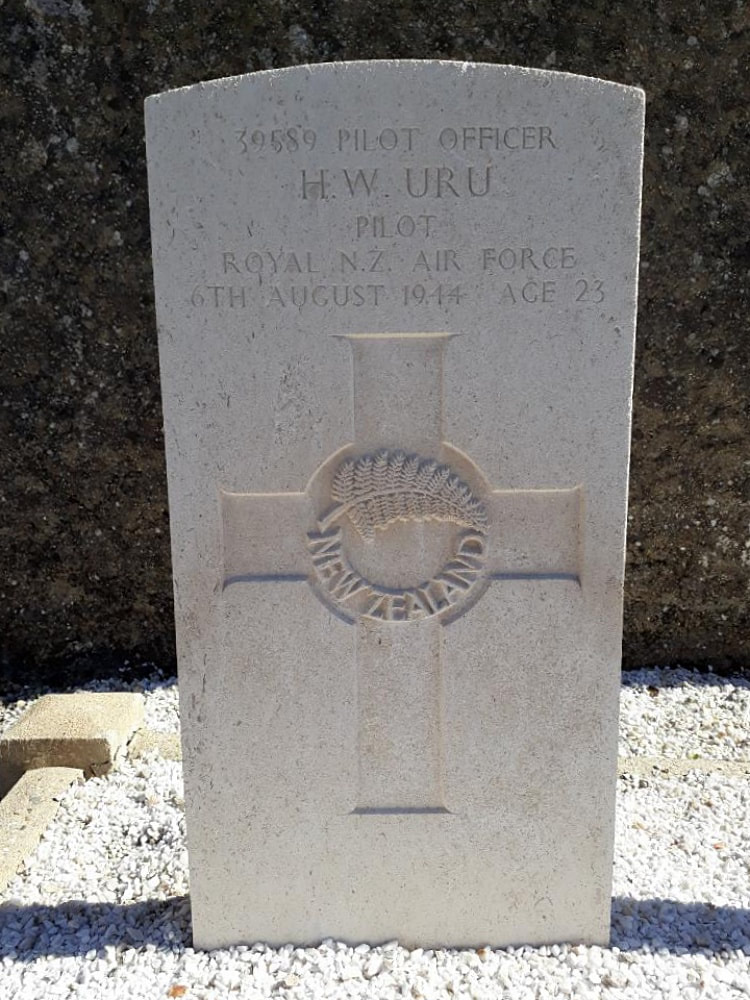 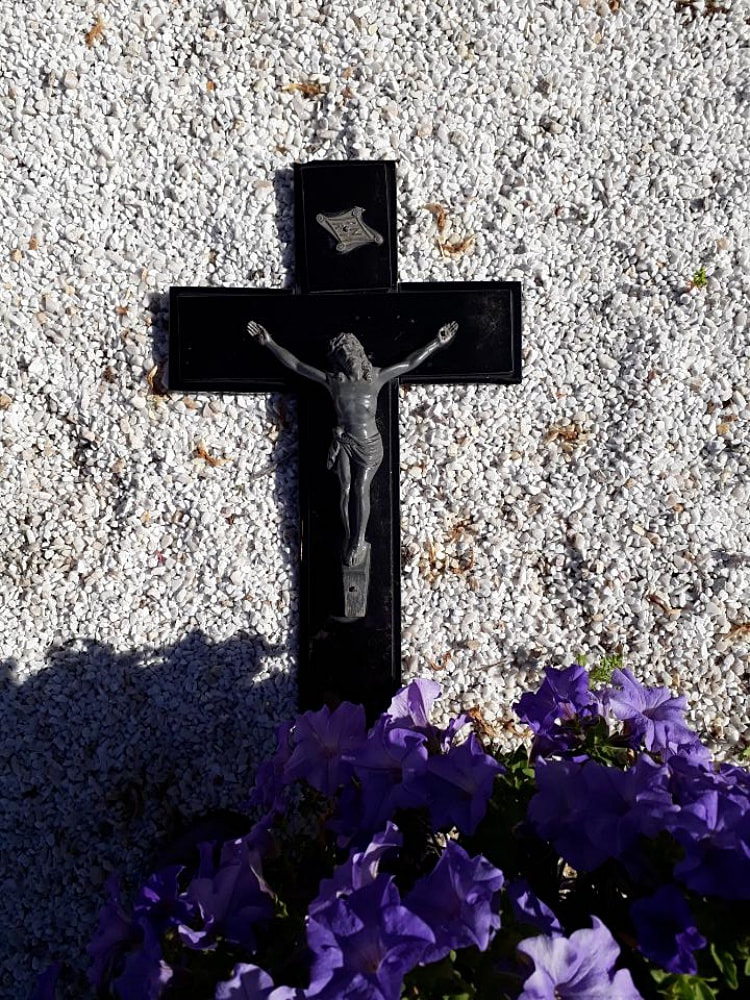 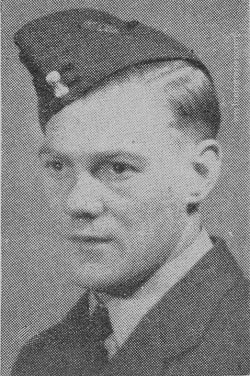 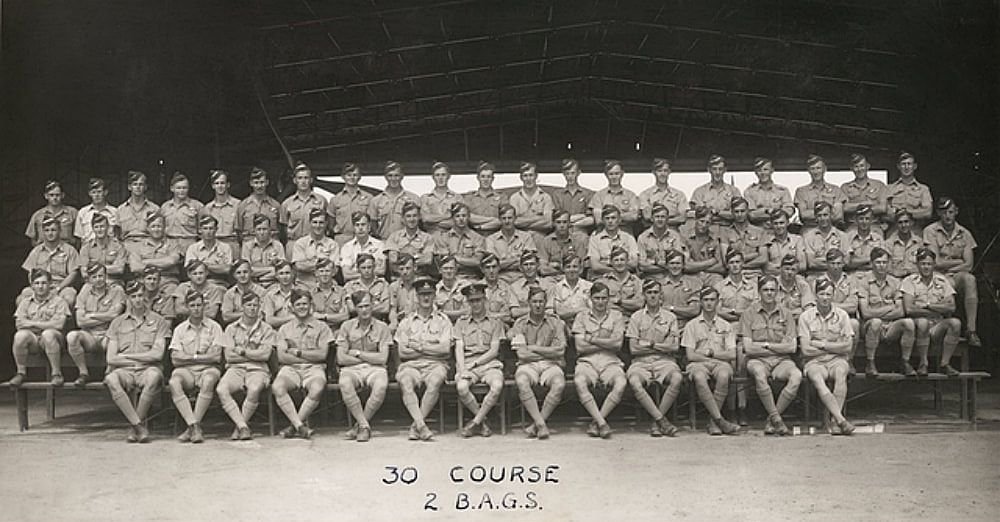 ​Group portrait of participants of the No 2 Bombing and Gunnery School (BAGS), Course 30, on graduation day.
Sitting in the second row, sixth from the right and buried in this cemetery is 410536 Flight Sergeant Leonard Allan Eunson, Royal Australian Air Force, who was killed on 6th August 1944, aged 24. Son of Frederick Charles and Mabel Kate Eunson, of Preston, Victoria, Australia. His headstone bears the inscription "With Christ Which Is Far Better" 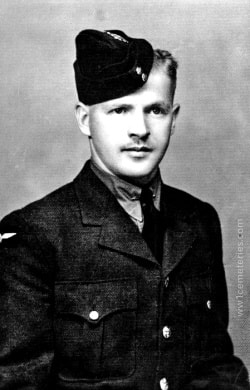 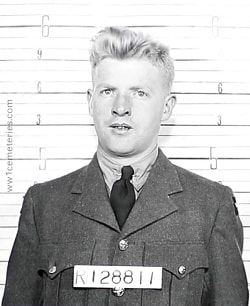 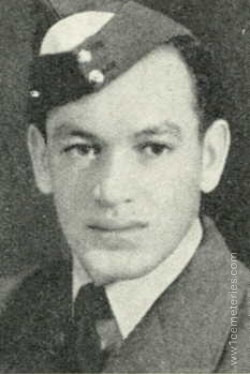 Images in gallery below © Jane Full 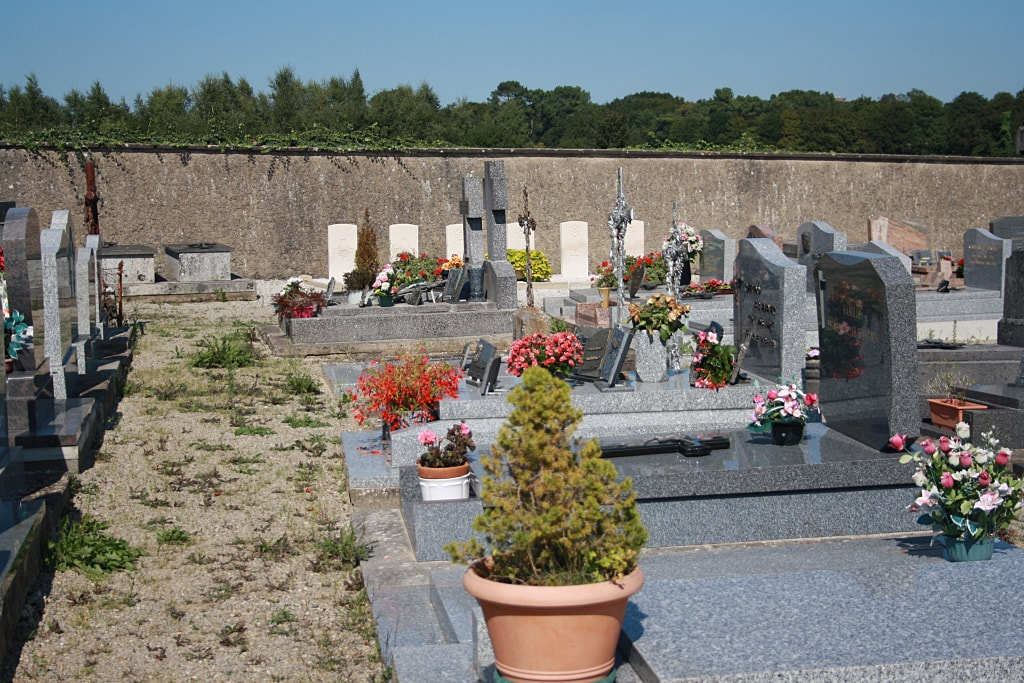 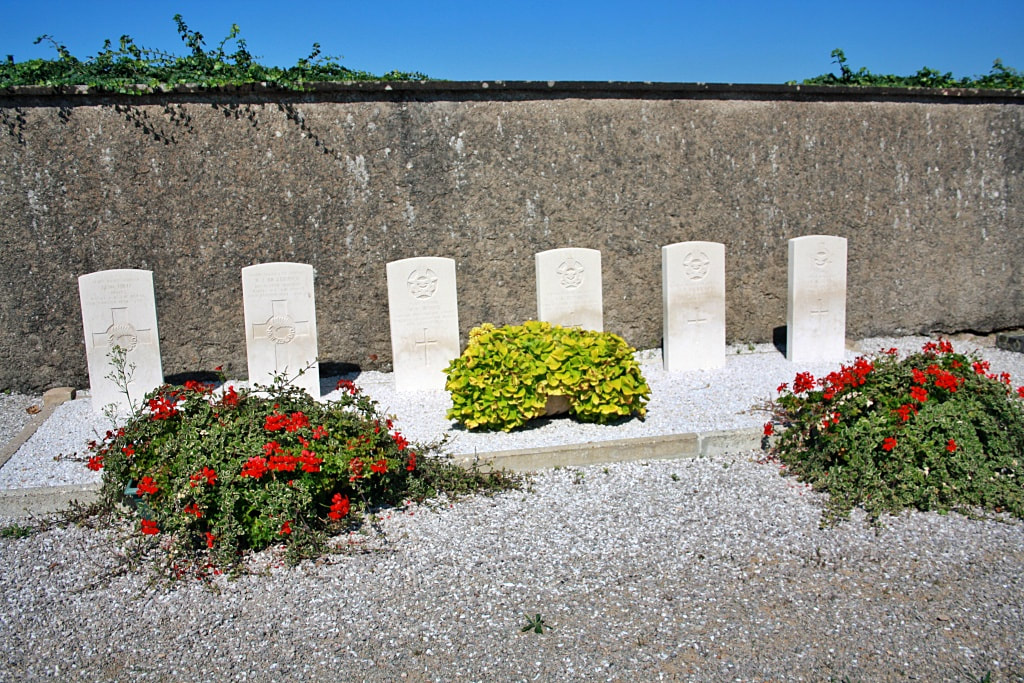 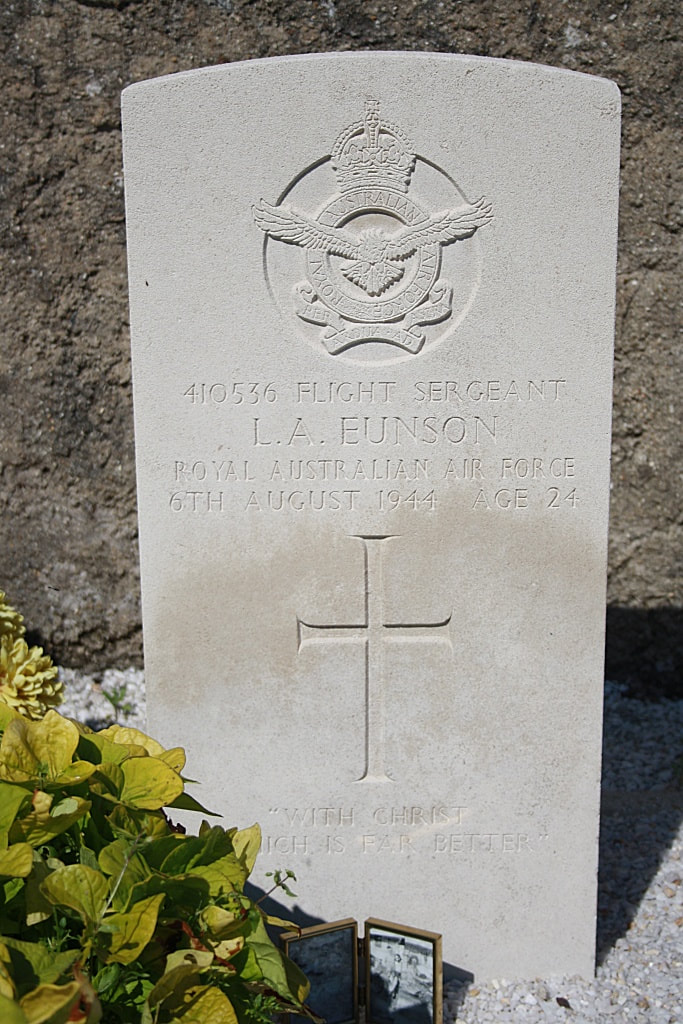 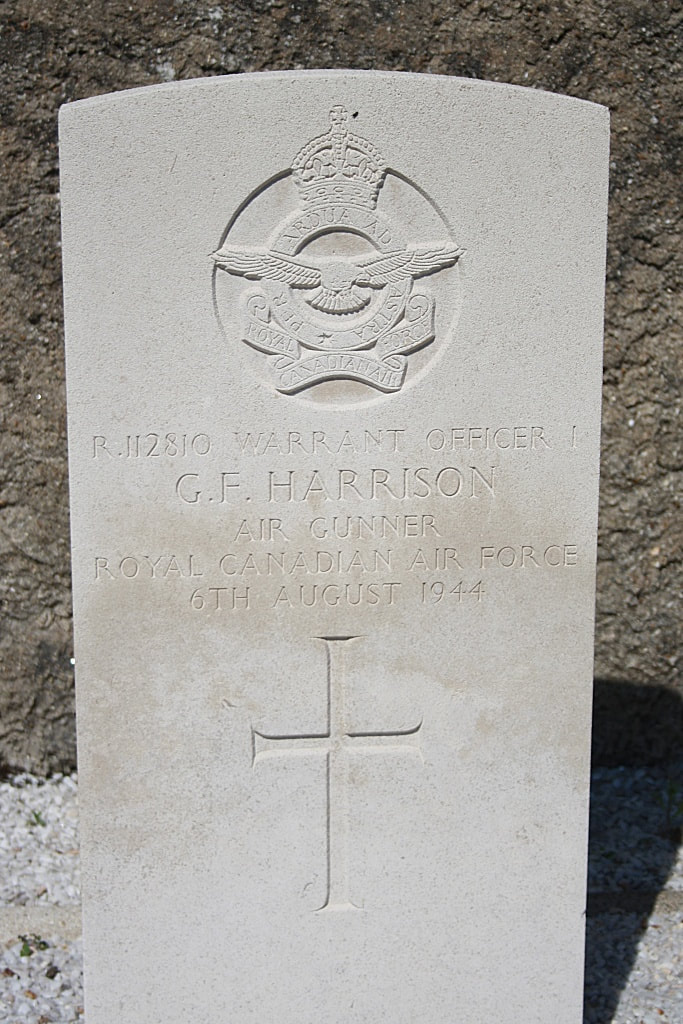 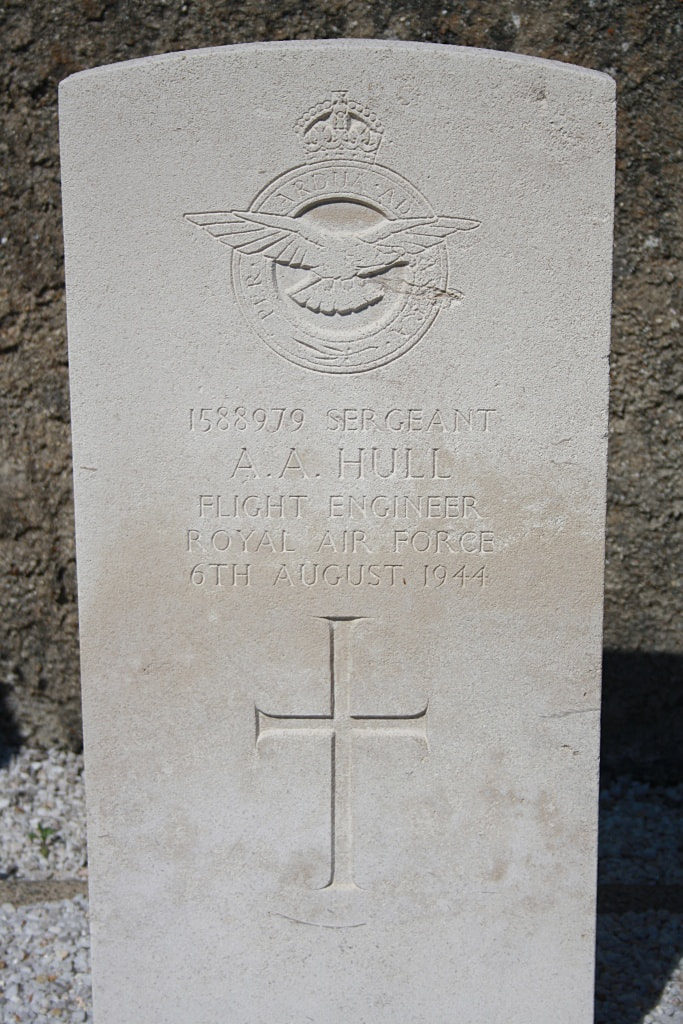 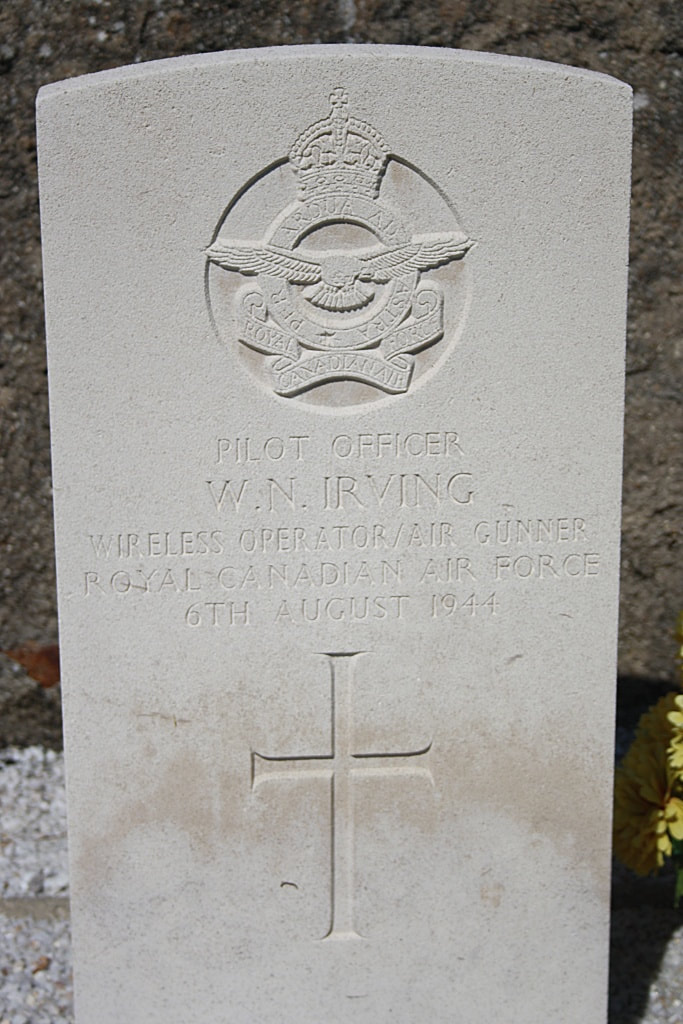