The town of Tienen is located off the E40 motorway which runs between Brussel and Luik. From the E40 turn off at junction 25 Tienen and onto the N29 direction Tienen. After the junction with the R27 the N29 and the N3 merge to go round the town, from this road the N29 turns right towards Diest, turn right here then take the first turn left followed by the first turn right. This road is called Pollepelstraat, the cemetery is along here on the left. The graves are located to the left of the entrance in the Belgian Military plot. 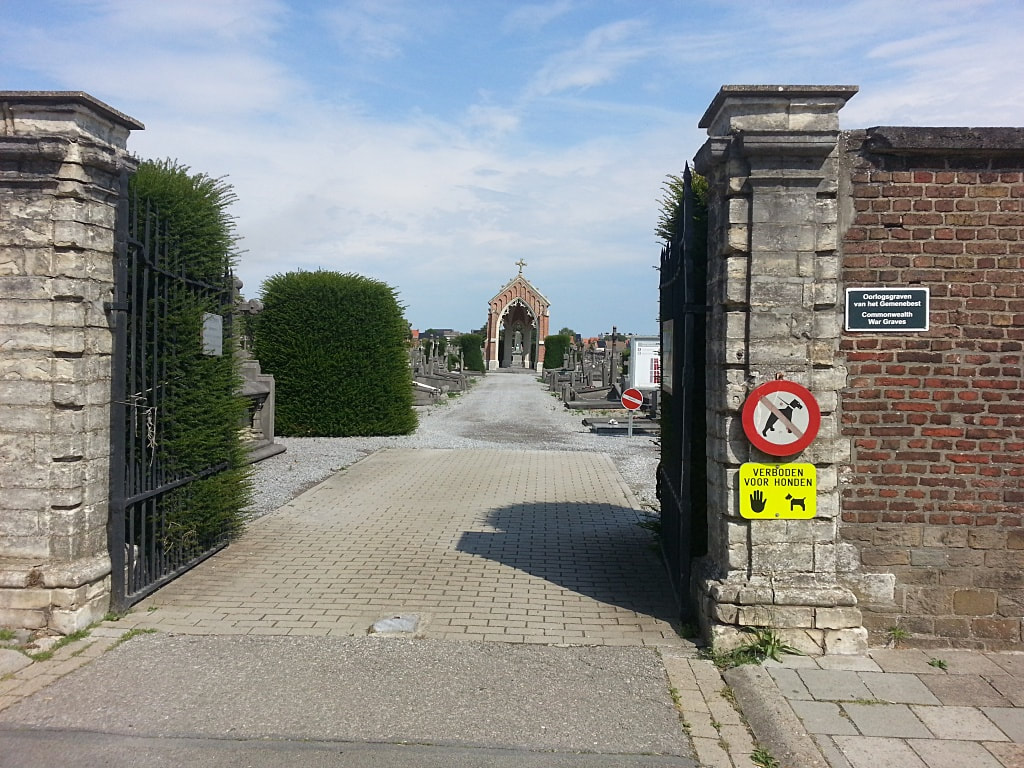 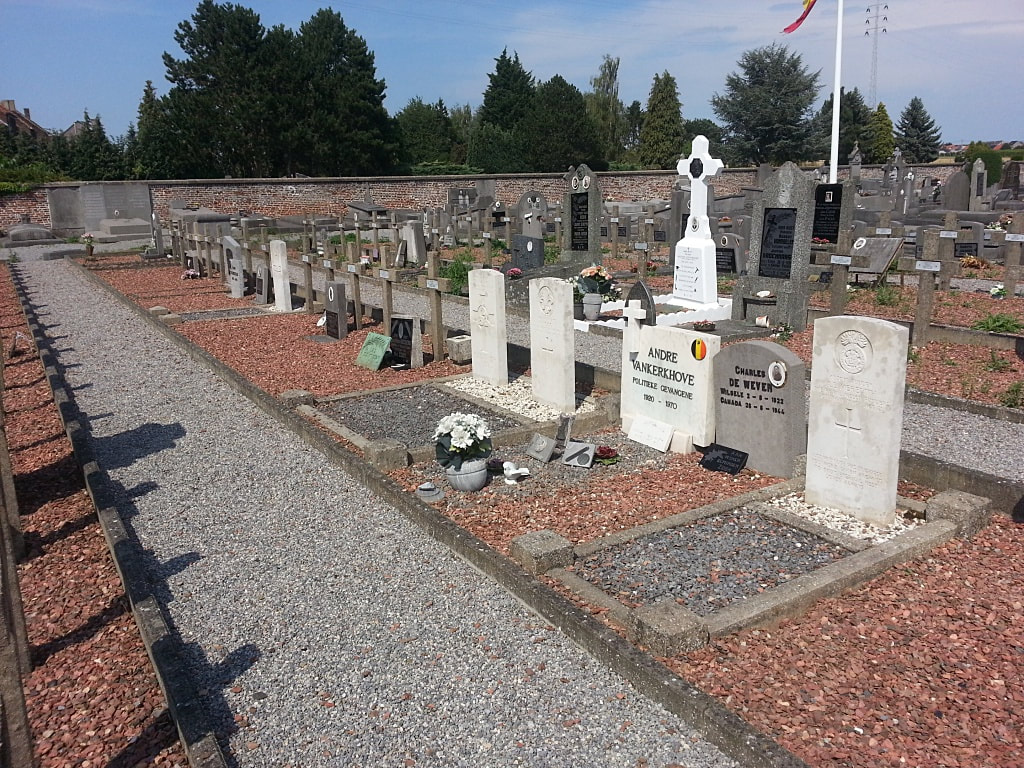 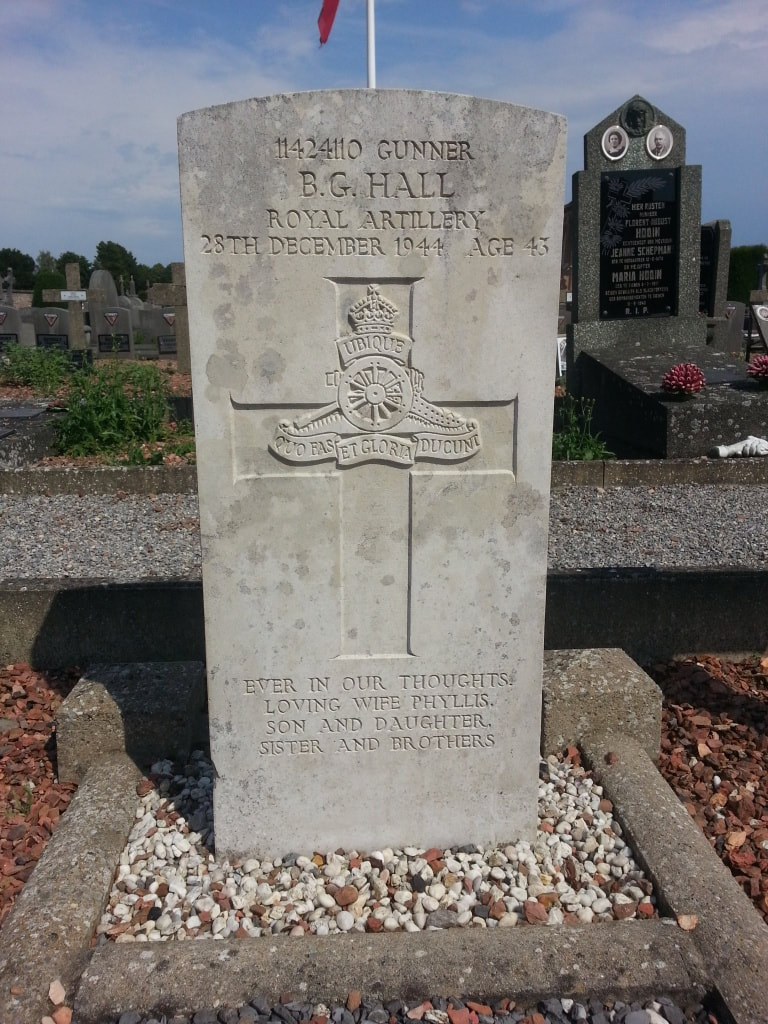 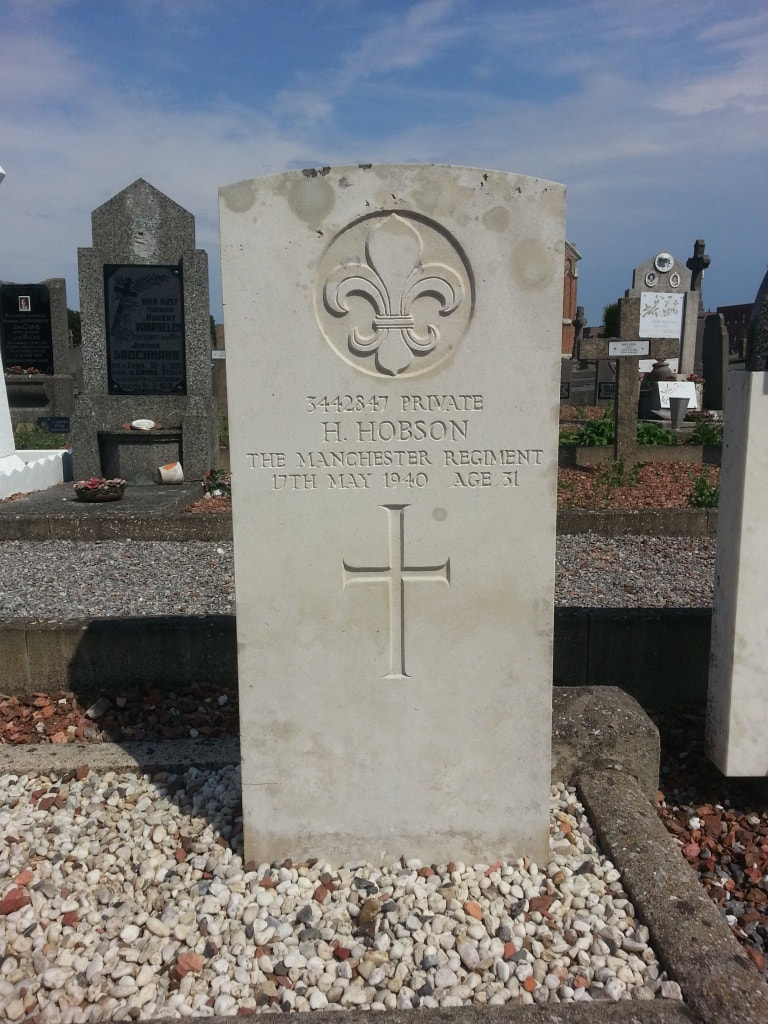 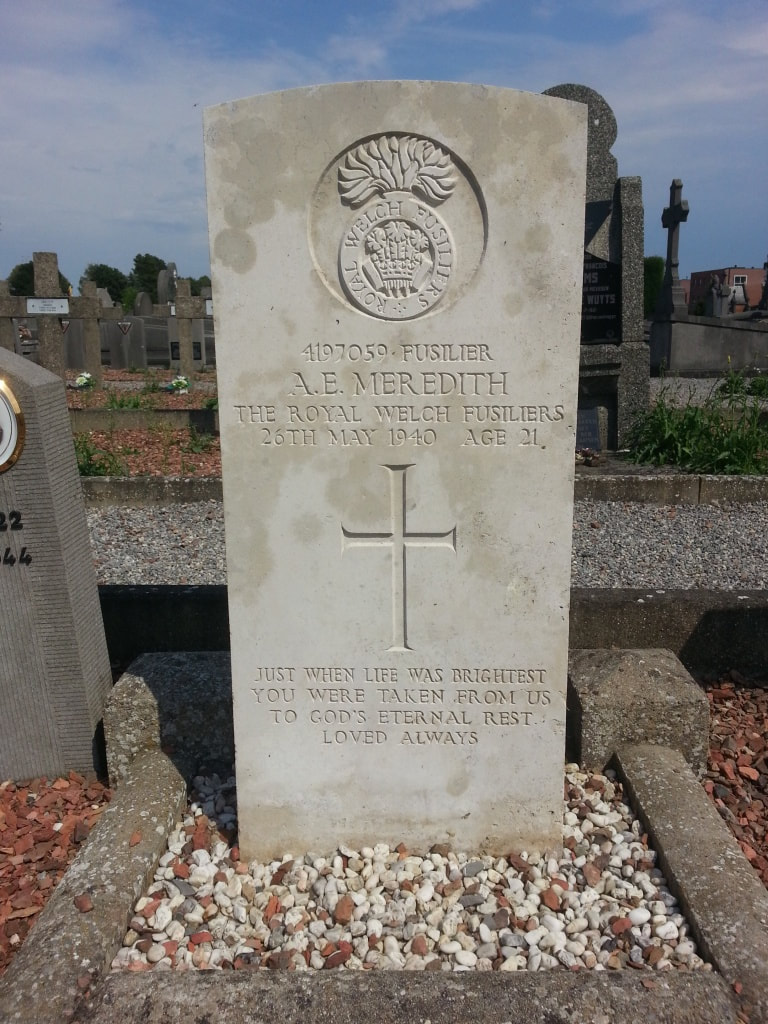 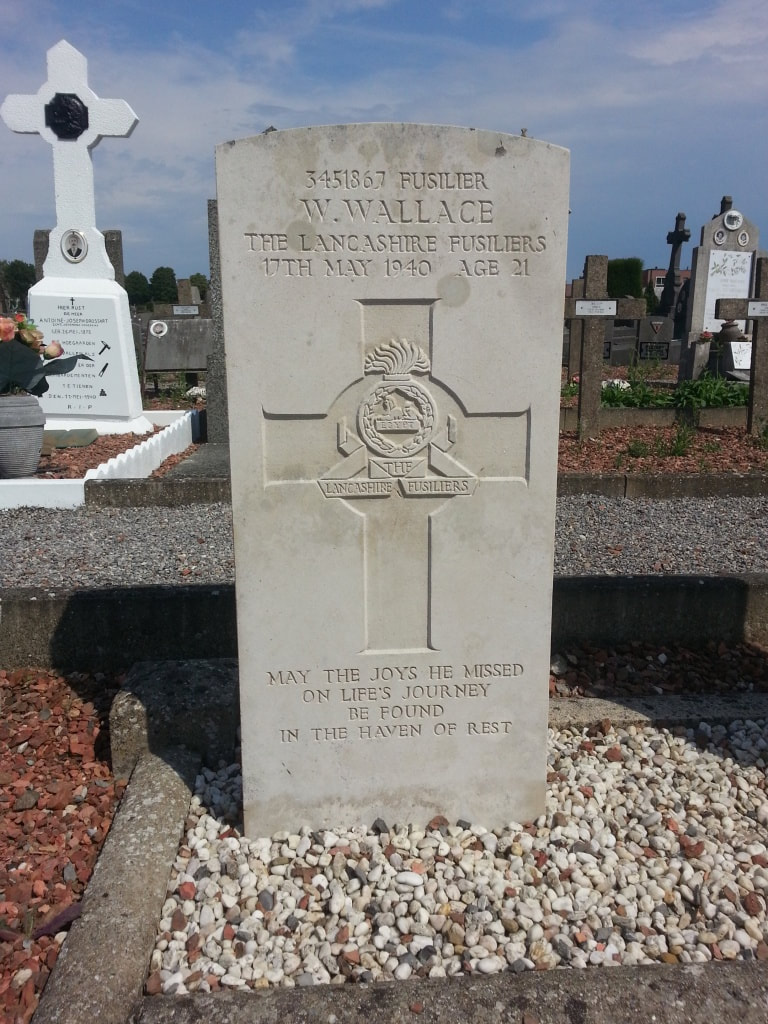 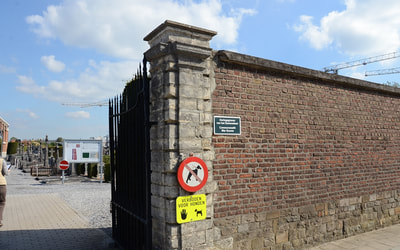 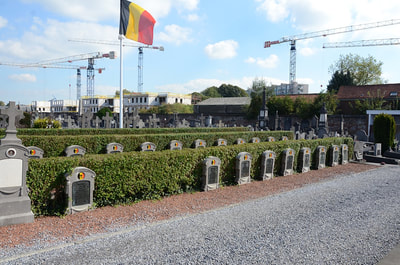 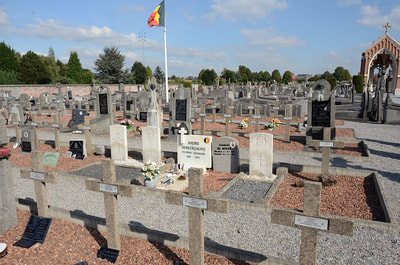 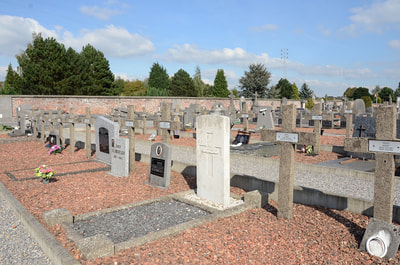 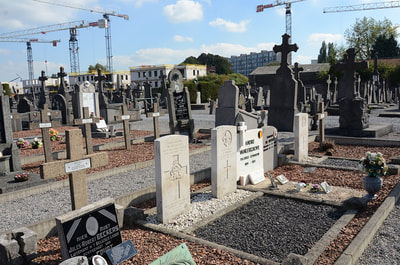 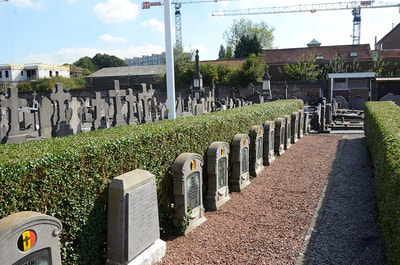 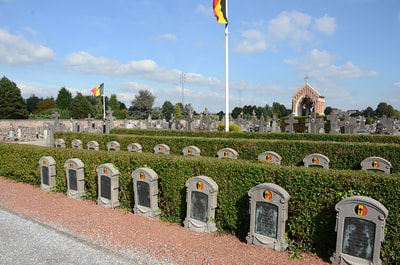 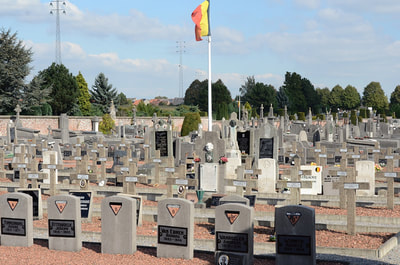