From Leuven railway station turn left onto the 'Tiensevest'. Follow this through the Tiensepoort along Geldenaakvest and on to the Parkpoort. Turn left at Parkpoort into the Geldenaaksebaan and follow this road for 2 km, cross over the junction with Meerdaboslaan and drive approximately 1 kilometre further before turning right into the Blandenstraat. Continue along the Blandenstraat for 1 kilometre and turn left into the Milsestraat. Drive along the Milsestraat until you see the church. The entrance to the Communal Cemetery where the Commission plot can be found is to the left rear of the Church on the Romand Verheydenstraat. 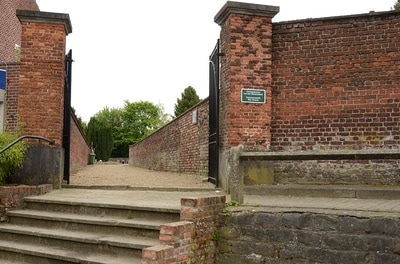 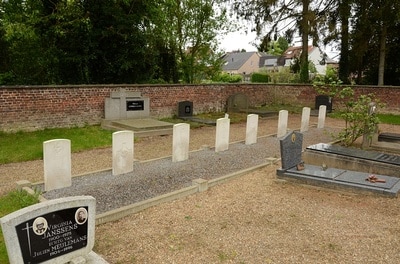 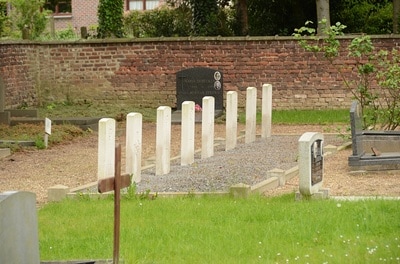 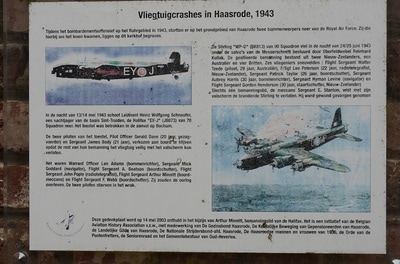 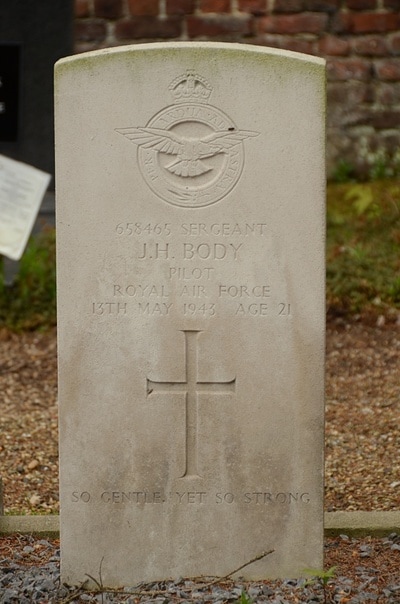 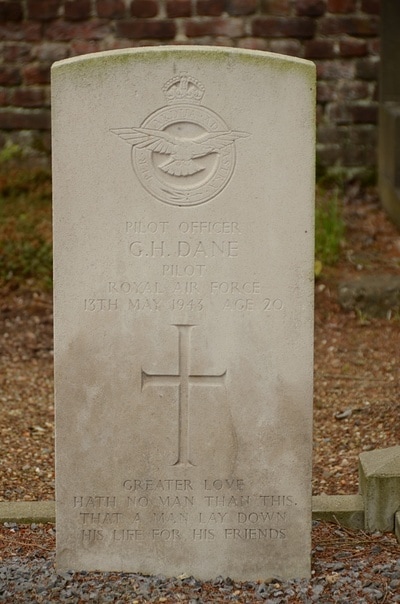 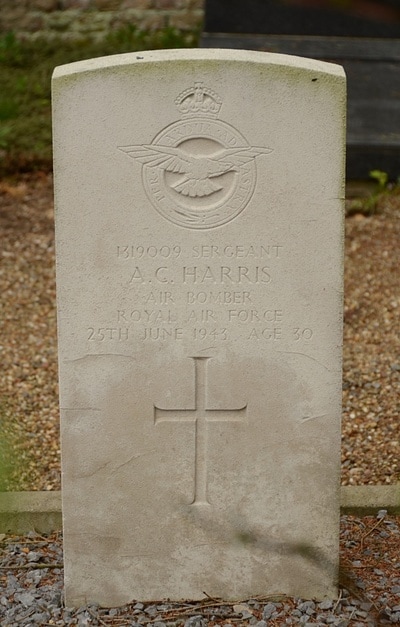 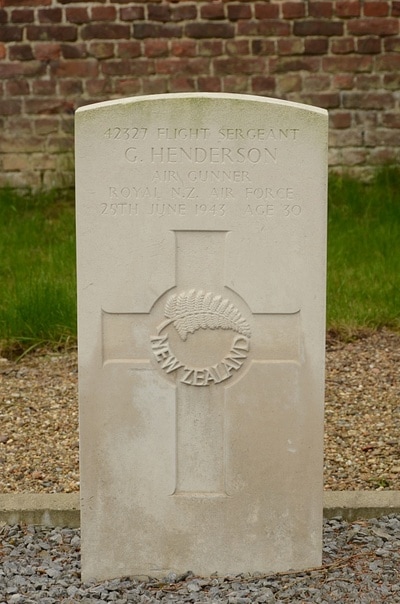 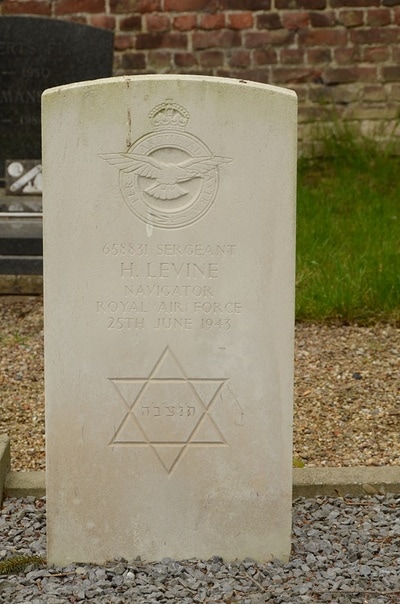 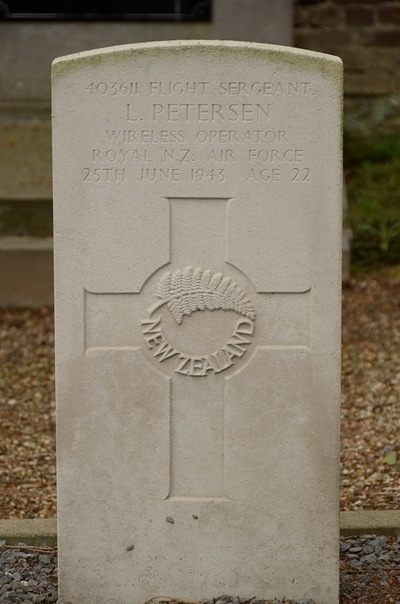 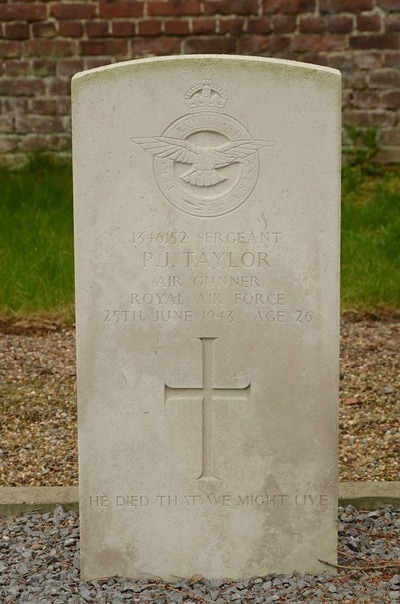 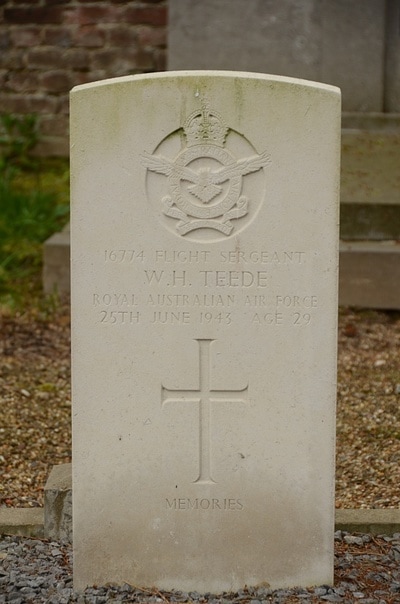 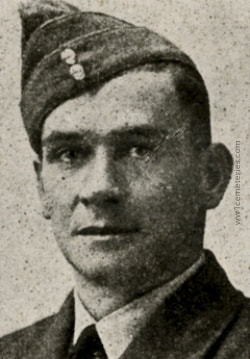 Son of Charles and Agnes Henderson, of Rotorua, Auckland, New Zealand; husband of B. Henderson. 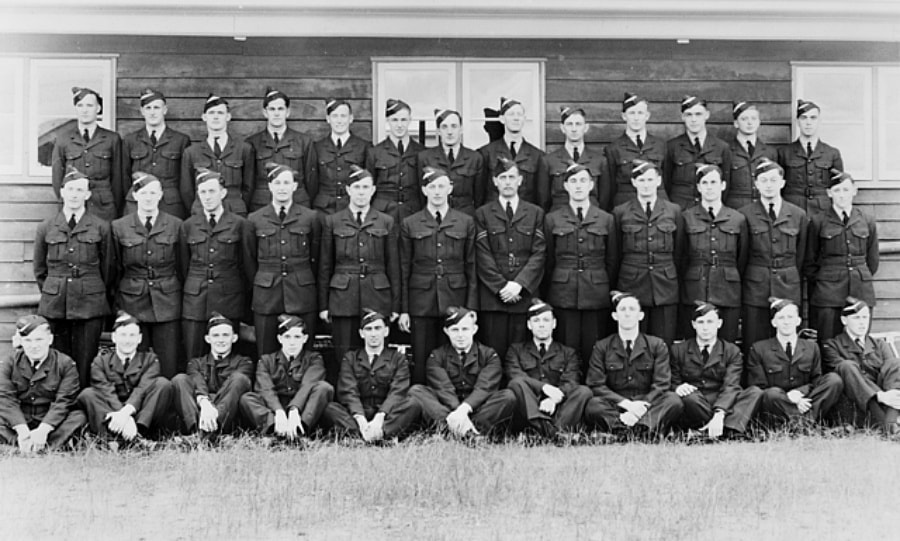 Group portrait of members of Course 17A of 5 Initial Training School (5ITS) photographed on their first day of training.
Identified in the back row, second from the left is 16774 Flight Sergeant Walter Henry Teede, (Royal Australian Air Force) who was killed in action over The Netherlands on 25th June 1943, aged 29. Son of Joseph Binfield Teede and Elsie Maud Teede, of Bunbury, Western Australia. His headstone bears the inscription "Memories"