The village of Sint-Amands is located south west of Antwerp and north-east of the town of Dendermonde, off the N17 that runs between Dendermonde and Willebroek. From Dendermonde follow the N17 direction Willebroek past the river Schelde and over the railway. The road bears left here and after a short distance the turning for Sint-Amands is on the left. Turn left and follow the road onto the village, cross the railway and at the round-about take the second exit into Borgstraat. Then take the first turning on the left called Leerlooierslaan. At the end of the road turn right into Sportlaan. At the next junction turn right into Kapellelaan and the cemetery is along here on the right. From the entrance walk along the main path to the second path on the right and turn right along this path. The grave is located within a group of other war and former combatant graves that is enclosed by a Yew hedge. Enter the plot and the Commonwealth war grave is the first on the right. 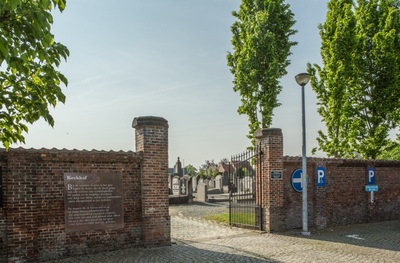 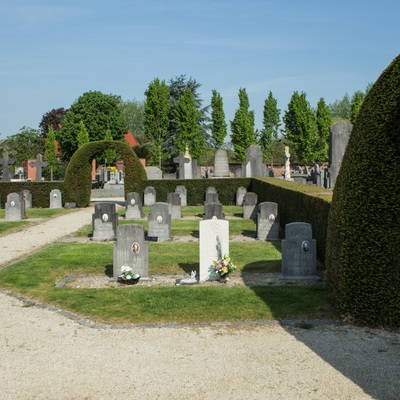 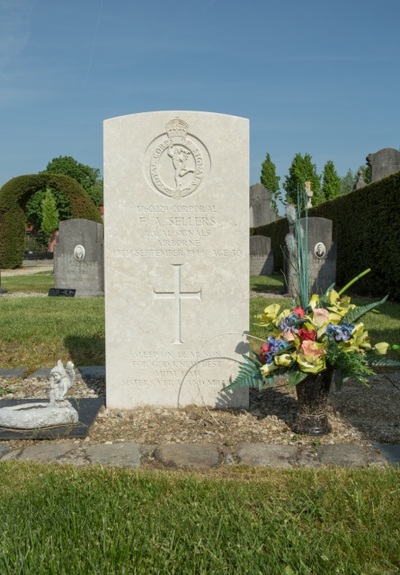 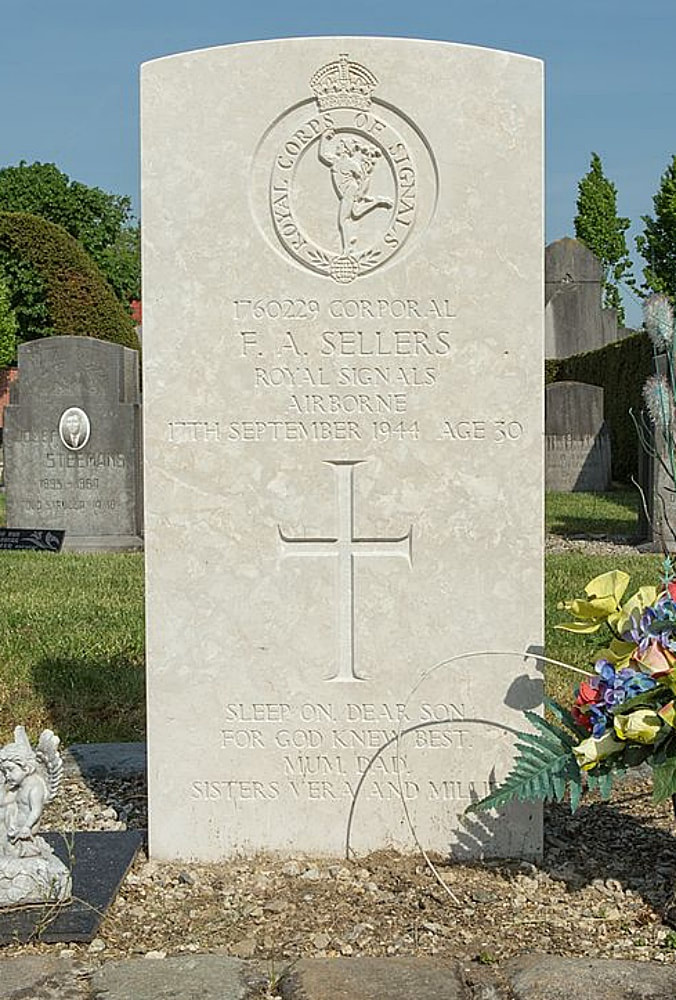 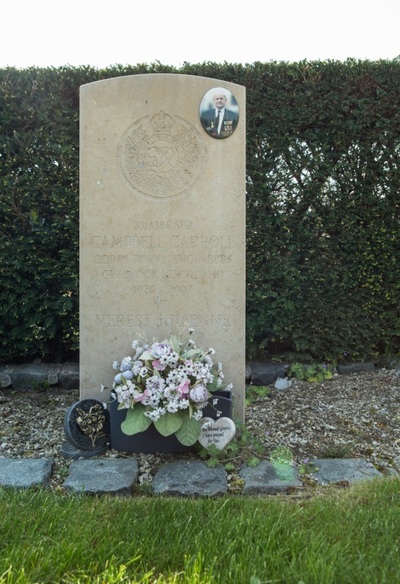 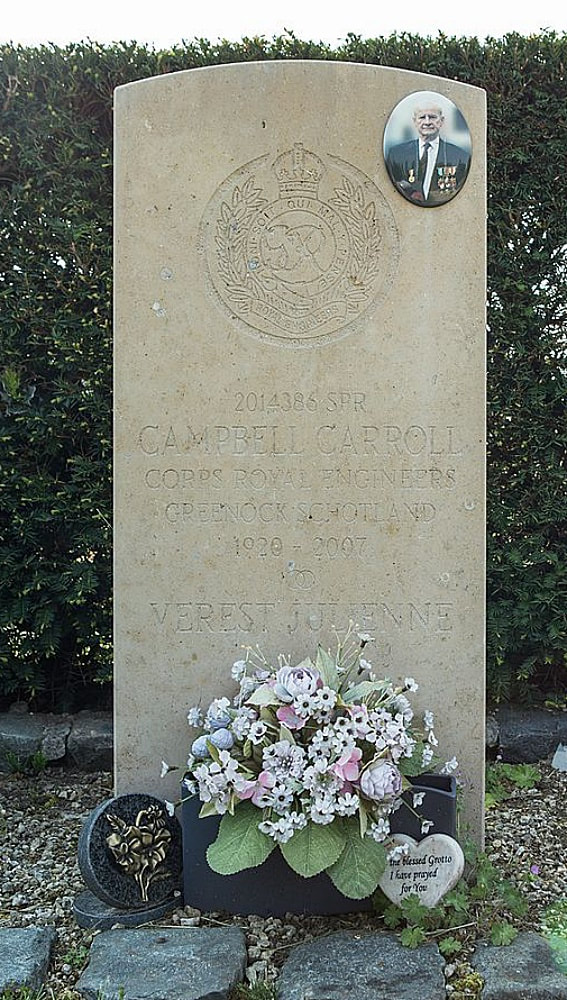 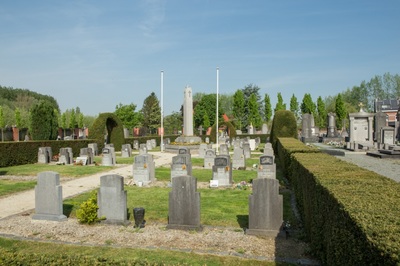 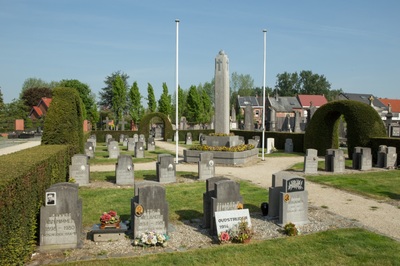