Rogécourt is a small village and commune 24 kilometres south-south-east of St. Quentin and some 5 kilometres east of La Fère, a town on the St. Quentin-Laon road (N.44). The Communal Cemetery is east of the village. About 20 yards west of the Calvary in the cemetery, at the junction of the main paths, are the graves of six airmen. One of them belonged to the Royal Air Force and the others to the Royal Australian Air Force. 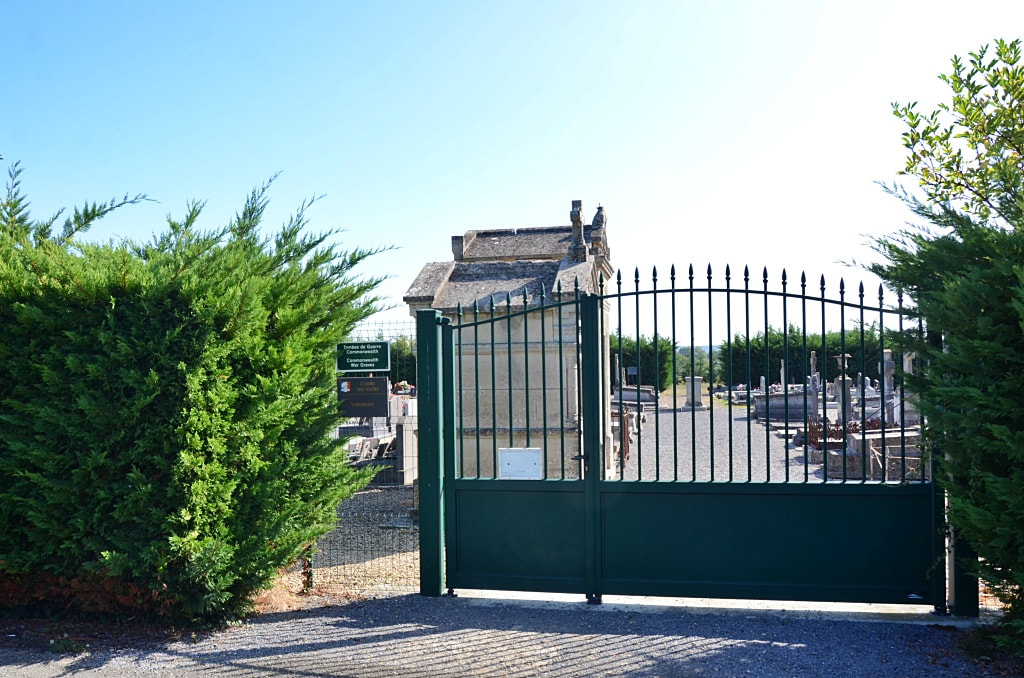 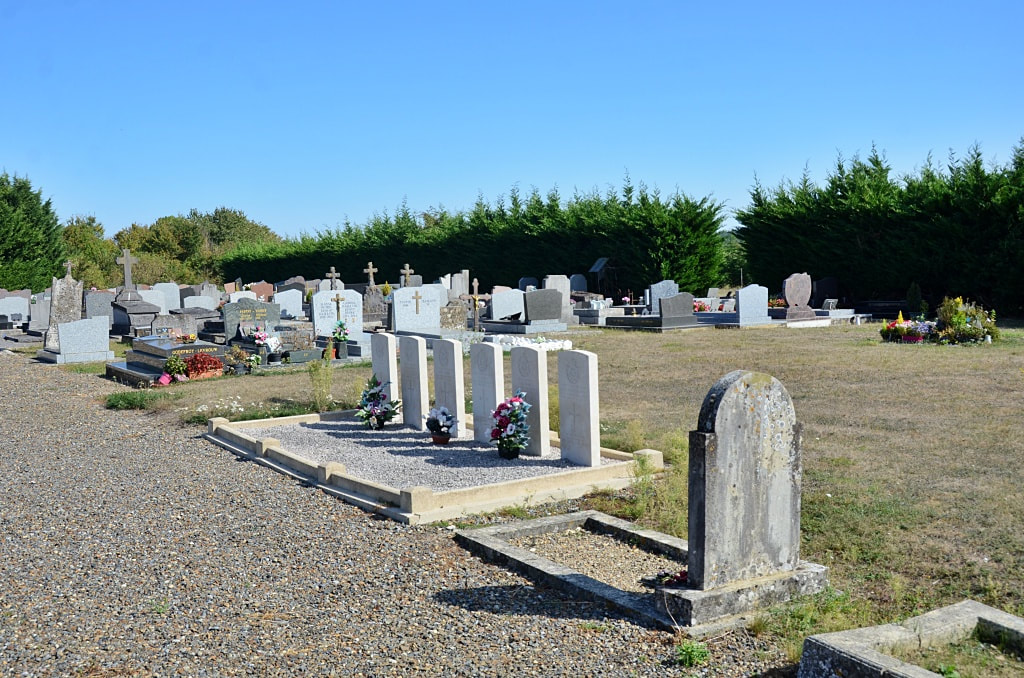 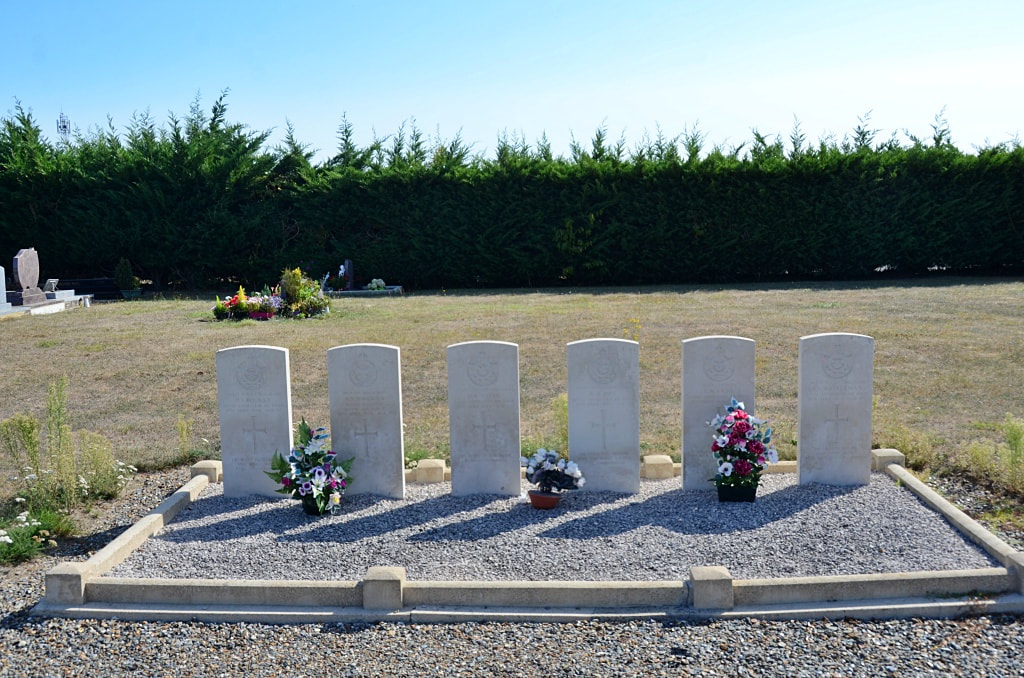 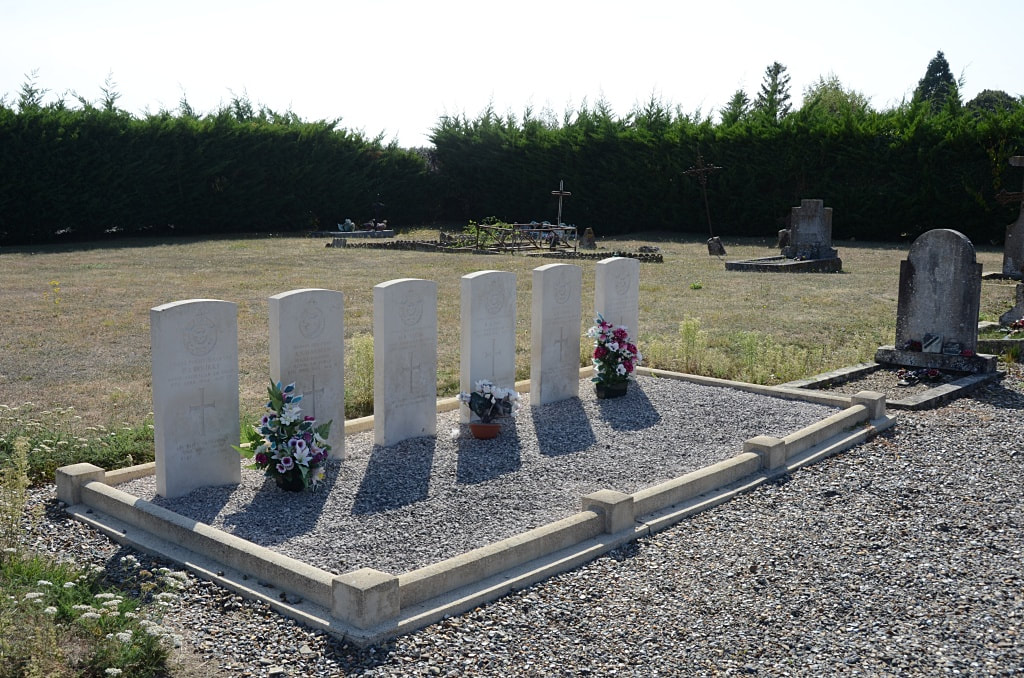 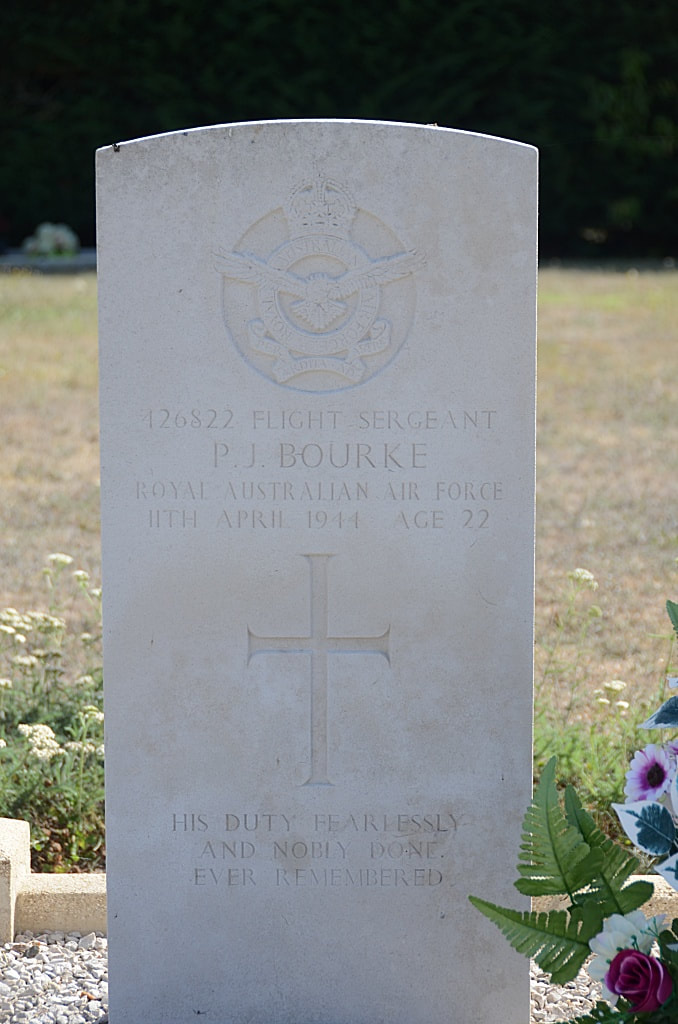 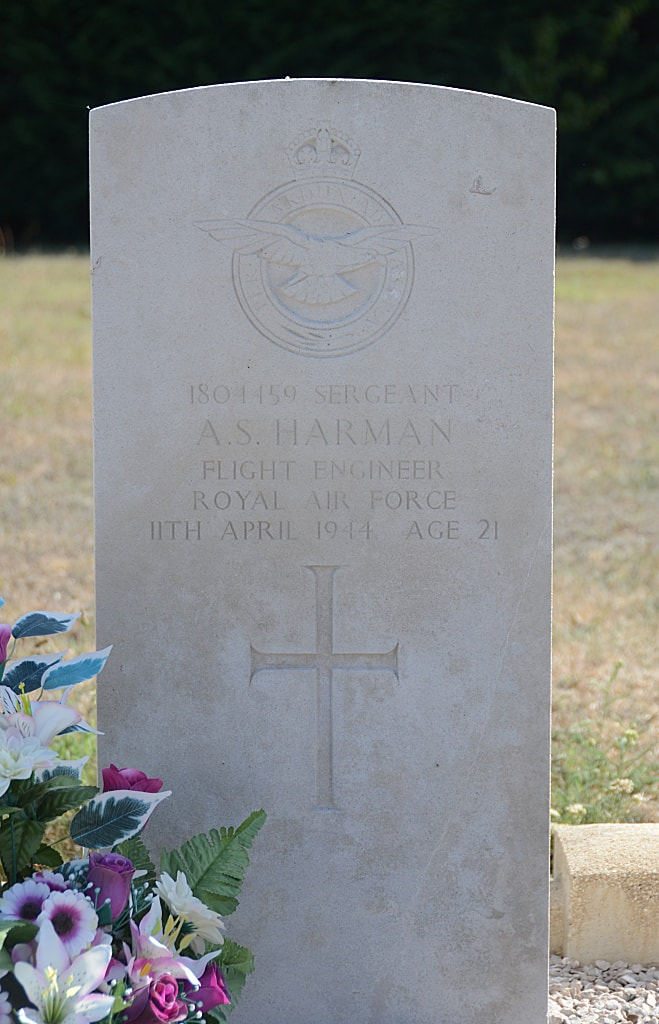 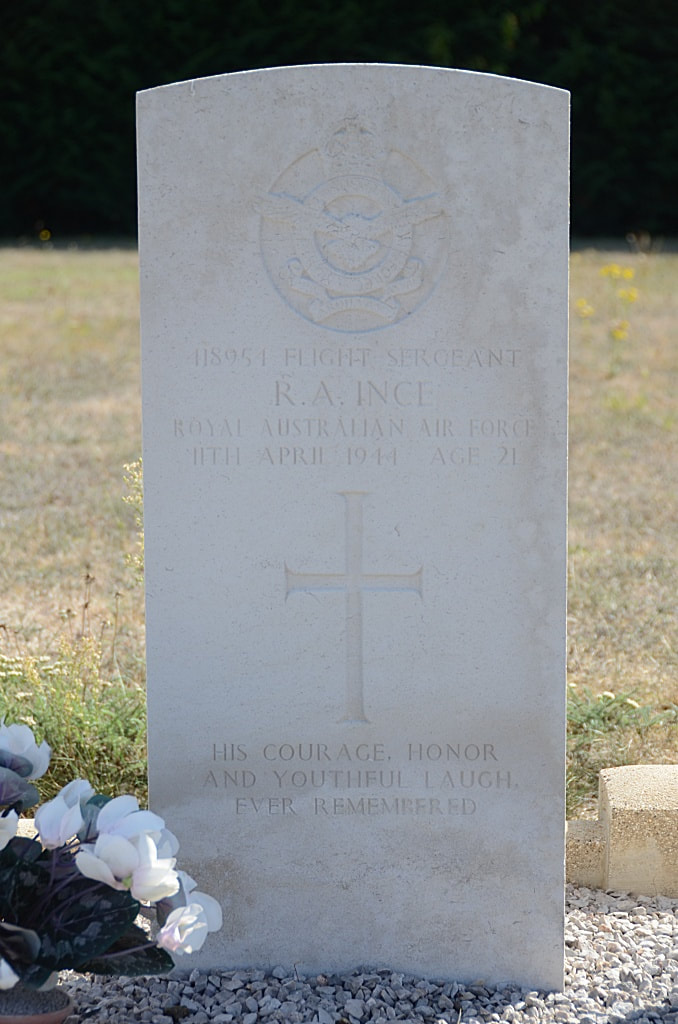 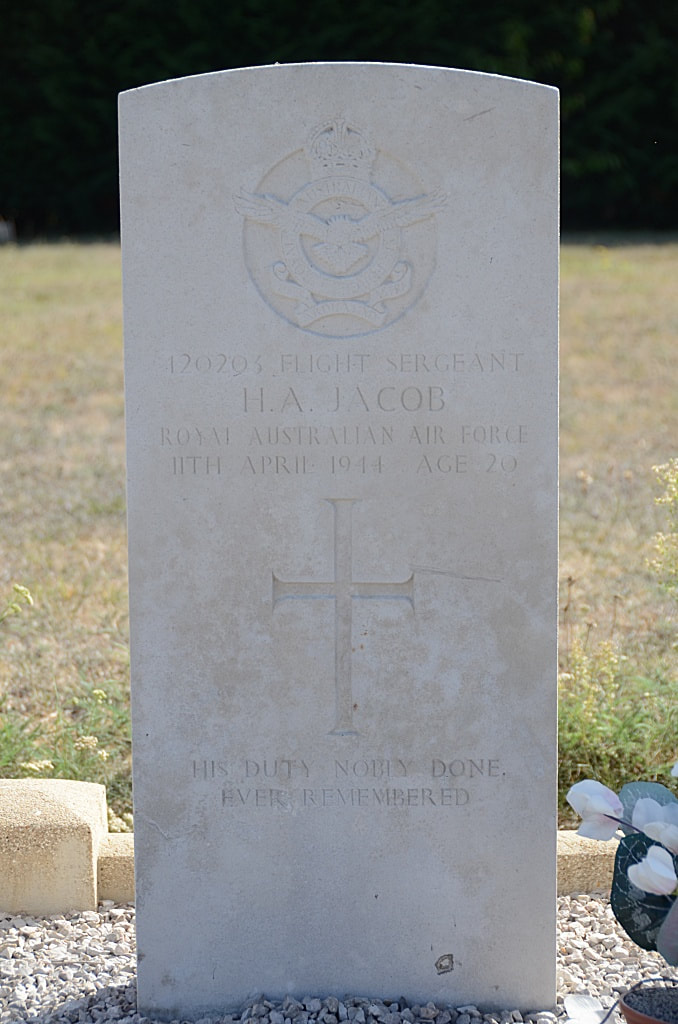 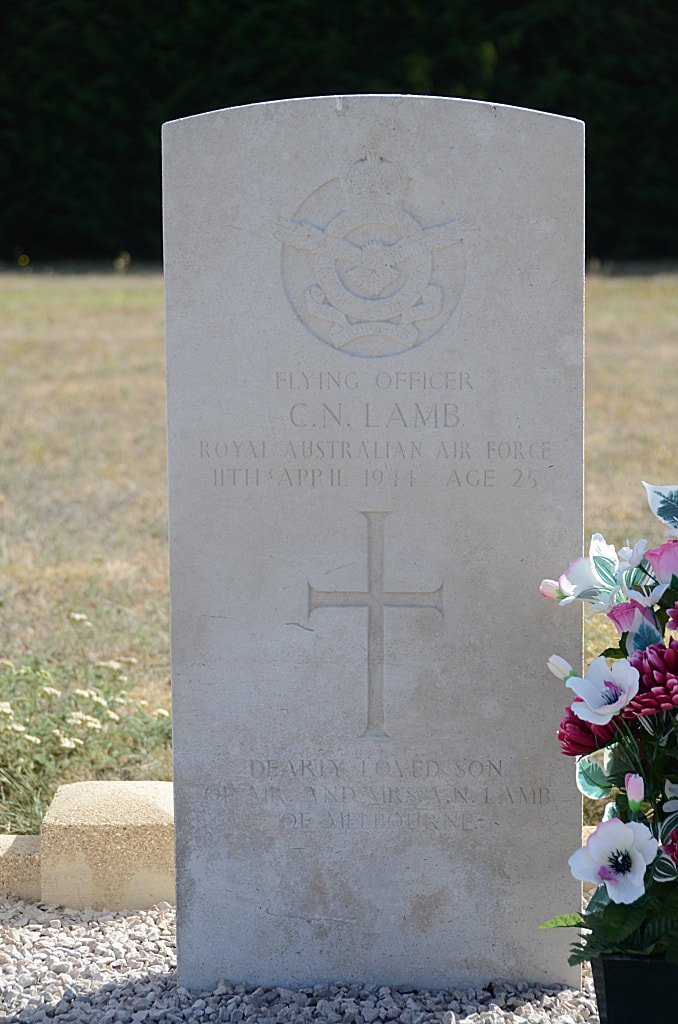 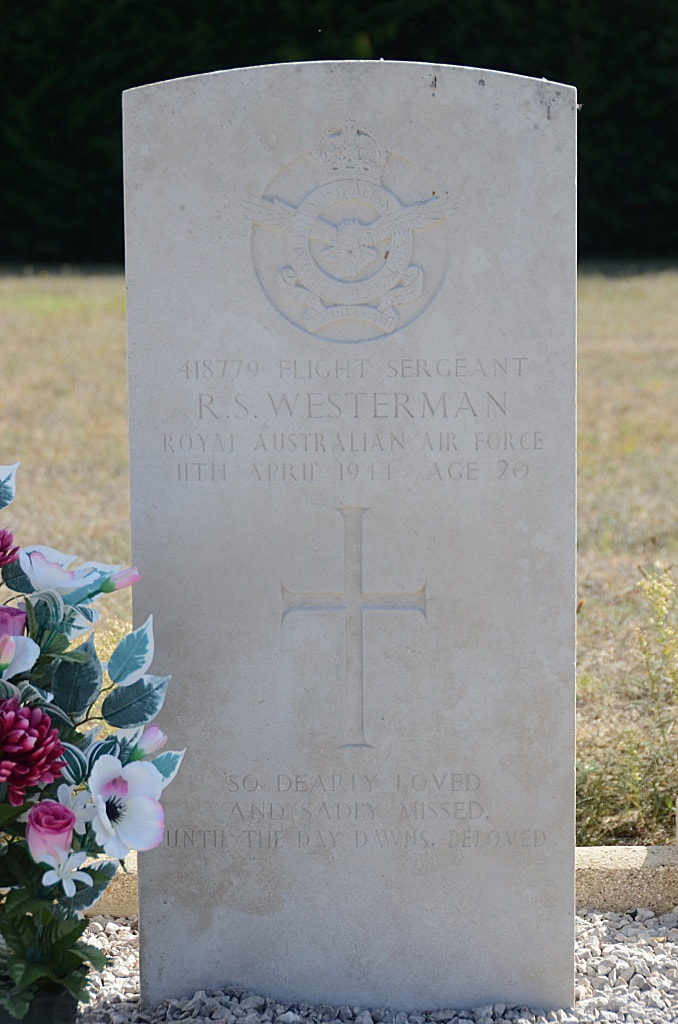 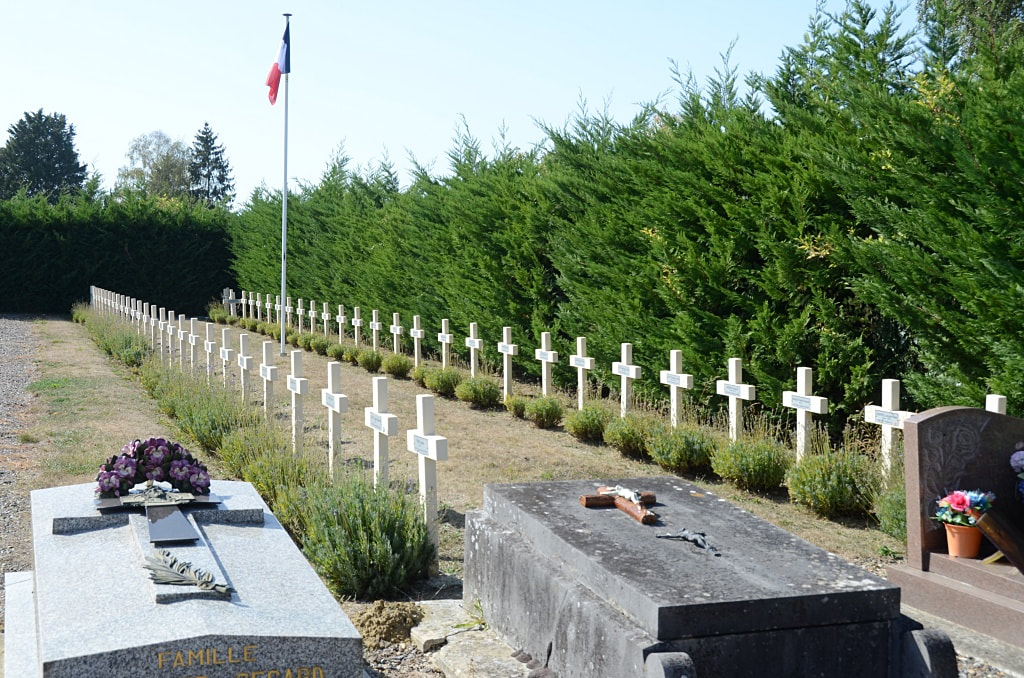 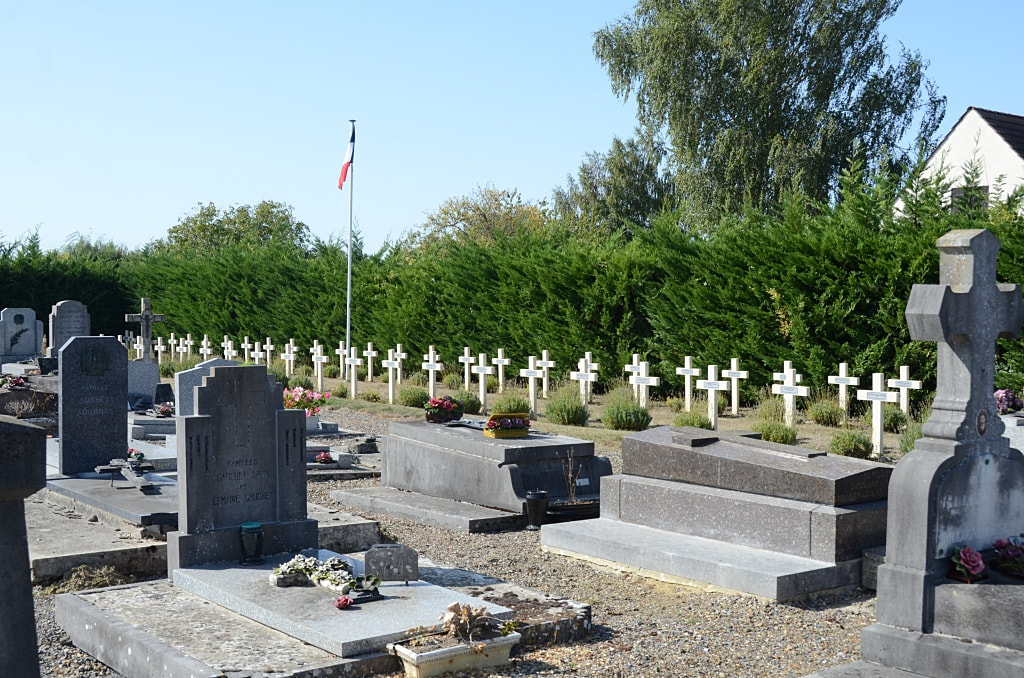 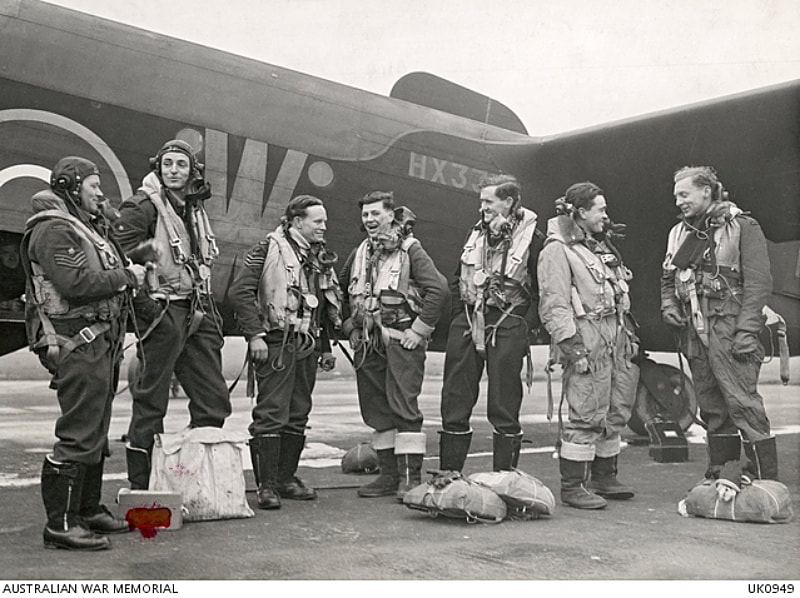 Yorkshire, England. 10th January 1944. At Halifax No. 466 Squadron, RAAF Based At RAF Station Leconfield. Members of the crew of "W" before taking off on a raid over Berlin.

Identified on the extreme right and buried in this cemetery is 426822 Flight Sergeant Patrick John Bourke, Royal Australian Air Force who died on 11th April 1944, aged 22. Son of Patrick and Ruby Evelyn Bourke, of Herston, Queensland, Australia. His headstone bears the inscription "His Duty Fearlessly And Nobly Done. Ever Remembered"