The town of Rochefort is located south east of Dinant on the N86. From the motorway E411 which runs between Namur and Luxembourg exit at junction 23 onto the N94 direction Dinant. Follow the N94 to the junction with the N86 then turn onto the N86 direction Rochefort. Follow this road into the town centre to the junction with the N803/N949. Turn left onto the N949 into Rue De Behogne. Continue along this road passing over the river until the junction with the N949 Rue de Ciney. Turn right onto the Rue de Ciney and the cemetery entrance is about 200 metres along this road on the left. The entrance drive is immediately after a house and can be easily missed. The grave is located in the middle section of the cemetery near the west boundary wall. From the entrance walk up towards the boundary wall then at the last path turn right and follow the path to the mid section of the cemetery. The war grave is located on the right of the boundary path just after the intersection with the path that crosses the cemetery. 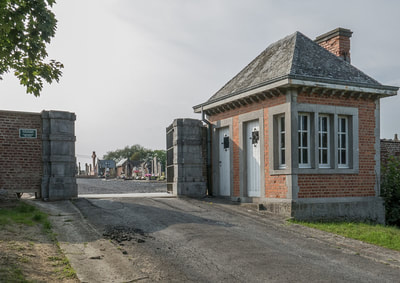 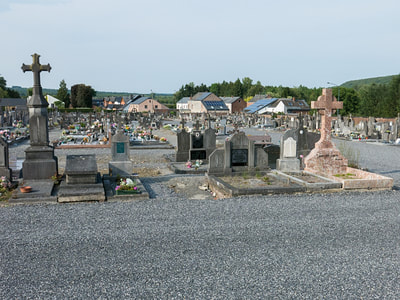 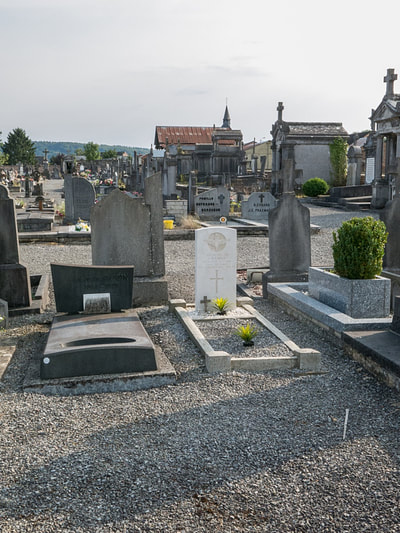 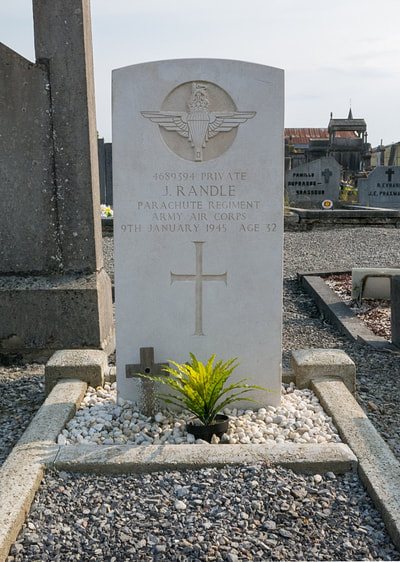 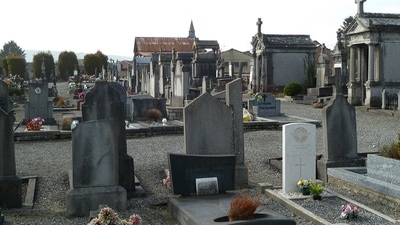 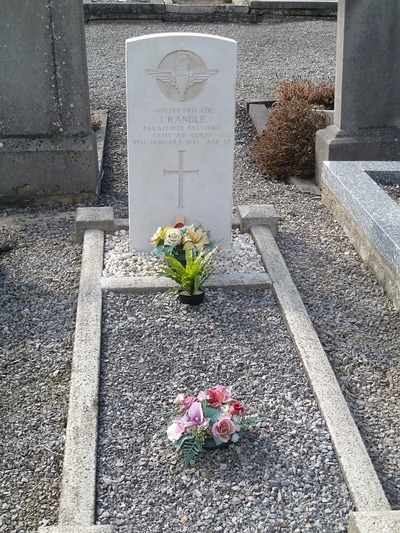 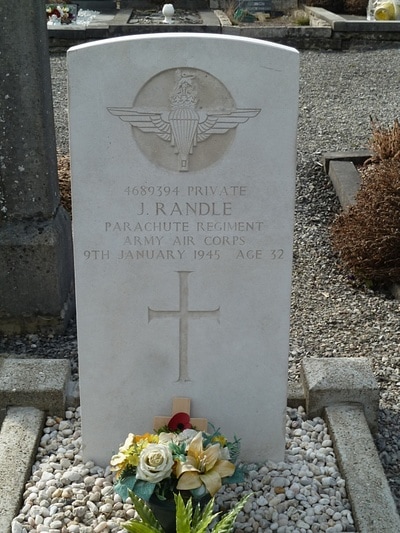