The village of Oostvleteren is located 14 kilometres north-west of the town of Ieper (formerly Ypres), on the N8 road which runs between Ieper and Veurne.

Driving from Ieper follow the N8 to the crossroads with the N321 in Oostvleteren which has traffic lights. Turn right into Kasteelstraat and the church is on the right. The graves are located to the left and rear of the cemetery.

Oostvleteren Churchyard contains 17 Commonwealth burials of the Second World War, one of which is unidentified. 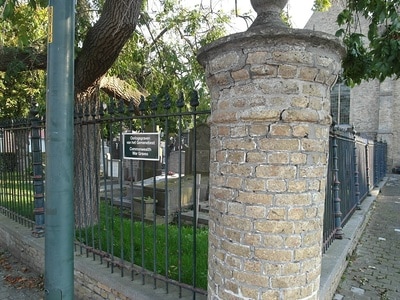 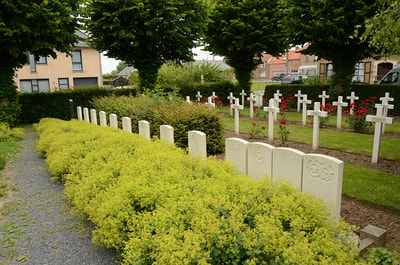 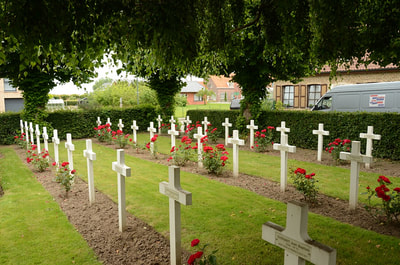 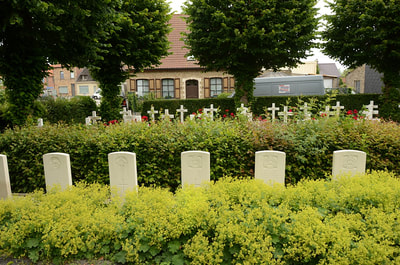 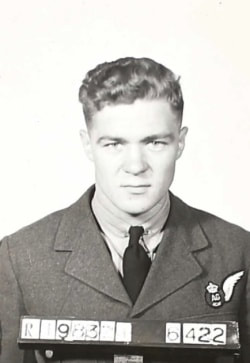 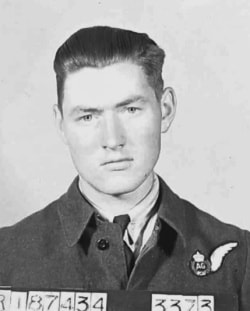 His headstone bears the inscription "Safe In The arms Of Jesus In Loving Memory Of Wally. From All At Home, Mom" 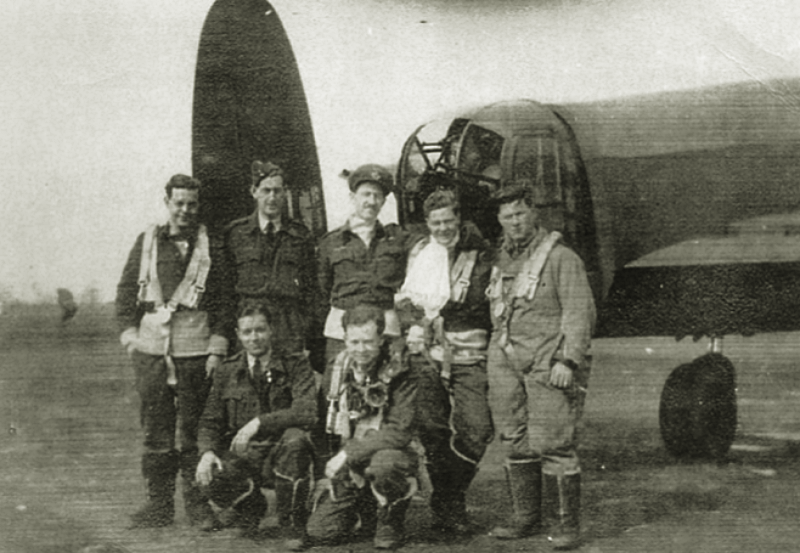 Wallace Milton Ross (Details and picture above)
​
1454842 Sergeant Leonard Craven, 50 Squadron, Royal Air Force Volunteer Reserve, aged 22. Son of Fred and Agnes Anne Craven, of New Farnley, Leeds, Yorkshire. His headstone bears the inscription "Deep In Our Hearts A Memory Is Kept We Loved You Too Dearly To Ever Forget"