The TAUKKYAN MEMORIAL commemorates 46 servicemen of both wars who died and were buried elsewhere in Burma (now Myanmar) but whose graves could not be maintained. It should not be confused with the much larger Rangoon Memorial which commemorates 27,000 men with no known graves and is also located within Taukkyan War Cemetery.

The memorial stands in TAUKKYAN WAR CEMETERY, which is the largest of the three war cemeteries in Burma. It was begun in 1951 for the reception of graves from four battlefield cemeteries at Akyab, Mandalay, Meiktila and Sahmaw which were difficult to access and could not be maintained. The last was an original 'Chindit' cemetery containing many of those who died in the battle for Myitkyina. The graves have been grouped together at Taukkyan to preserve the individuality of these battlefield cemeteries

The cemetery now contains 6,374 Commonwealth burials of the Second World War, 867 of them unidentified.

In the 1950s, the graves of 52 Commonwealth servicemen of the First World War were brought into the cemetery from the following cemeteries where permanent maintenance was not possible: Henzada (1); Meiktila Cantonment (8); Thayetmyo New (5); Thamakan (4); Mandalay Military (12) and Maymyo Cantonment (22).

The RANGOON MEMORIAL, which bears the names of almost 27,000 men of the Commonwealth land forces who died during the campaigns in Burma and who have no known grave.

The TAUKKYAN CREMATION MEMORIAL, which commemorates more than 1,000 Second World War casualties who died in campaigns in Burma whose remains were cremated in accordance with their faith. 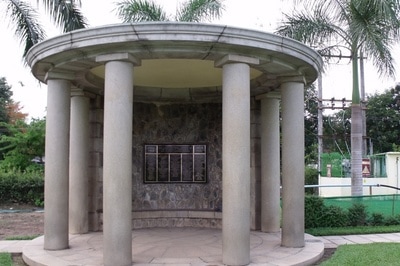 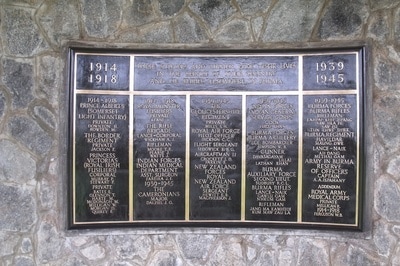 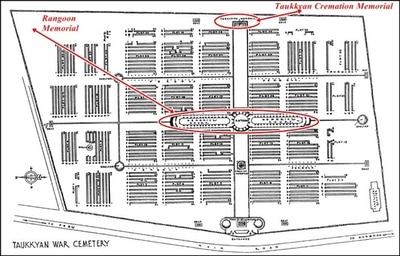 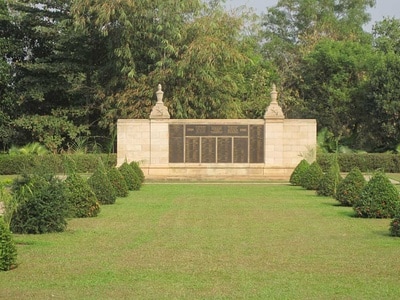 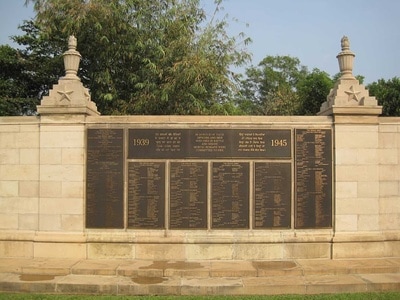 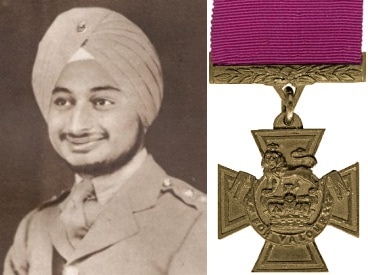 ​The following details are taken from the London Gazette of 3rd July, 1945:In Burma on 18th March, 1945, Lieut. Karamjeet Singh Judge commanded a platoon of a company of the 15th Punjab Regiment ordered to capture the Cotton Mill area at Myingyan against stiff enemy resistance from numerous bunkers. Time and again the infantry were held up by heavy fire from bunkers not visible to the tanks. On every such occasion Lieut. Karamjeet Singh Judge, with complete disregard for his own safety, went forward to re-call the tanks and direct them to these bunkers. In this way ten bunkers were eliminated, and this brilliant and courageous officer in every case led the infantry charges against the bunkers when the tanks had dealt with them. The Lieutenant was mortally wounded leading a section to clear the last three bunkers, but his men were able to storm the strong point and complete a long and arduous task. During the battle Lieut. Karamjeet Singh Judge showed cool and calculated bravery; he dominated the entire battlefield by his numerous successive acts of superb gallantry. In three previous and similar actions this young officer had proved himself an outstanding leader. In this, his last, action he gave a superb example of inspiring leadership and matchless courage.