Manneville-ès-Plains is a village and commune 30 kilometres west of Dieppe, 4 kilometres south-east of St. Valery-en-Caux, and 1 kilometre south of the N.25 road from St Valery to Dieppe.

In the churchyard, near the north-west corner of the church, are the graves of 6 soldiers of the British army.

2872687 Corporal William Neilson, 5th Bn.  Gordon Highlanders, died 12th June 1940, aged 36. Son of James and Christina Neilson, of Ellon; husband of Gladys Neilson, of Aberdeen. His brothers Charles, James and Rolland, all fell during the 1914-18 War. More details below. His headstone bears the inscription "Resting, Where No Shadows Fall, In Perfect Peace He Awaits Us All"

​2875642 Private Duncan Reid, 5th Bn. Gordon Highlanders, died 12th June 1940, aged 25. Son of John G. Reid, and of Agnes S. Reid, of Bucksburn, Aberdeenshire. His headstone bears the inscription "Peace, Perfect Peace, With Loved Ones Far Away ? In Jesus' Keeping We Are Safe And They" 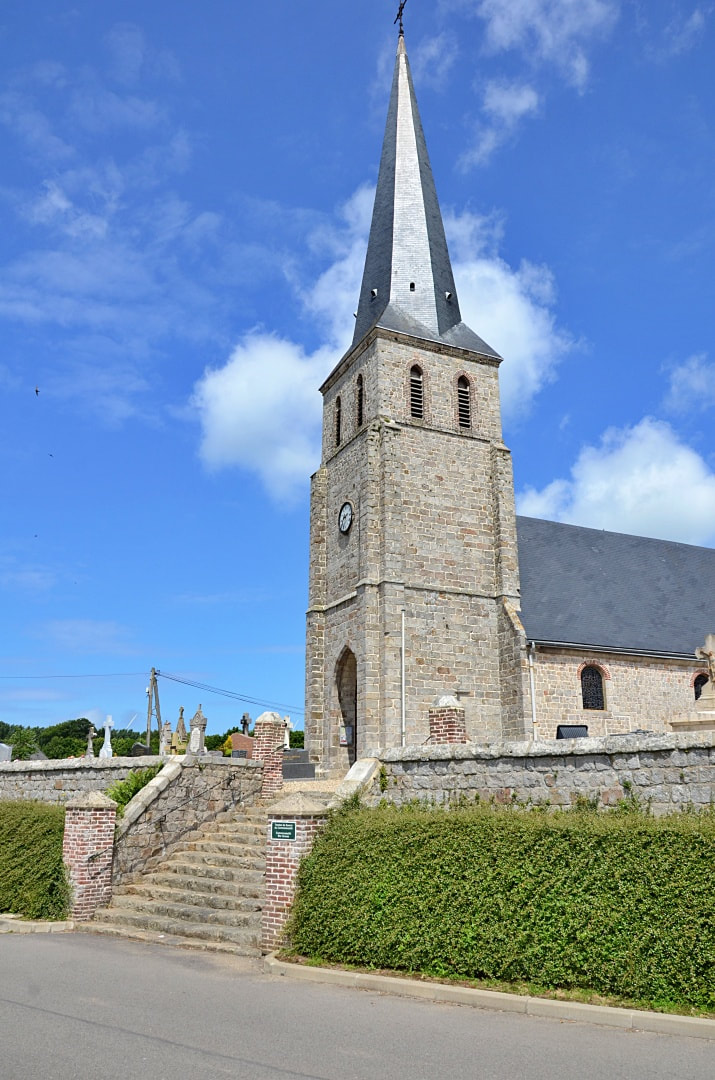 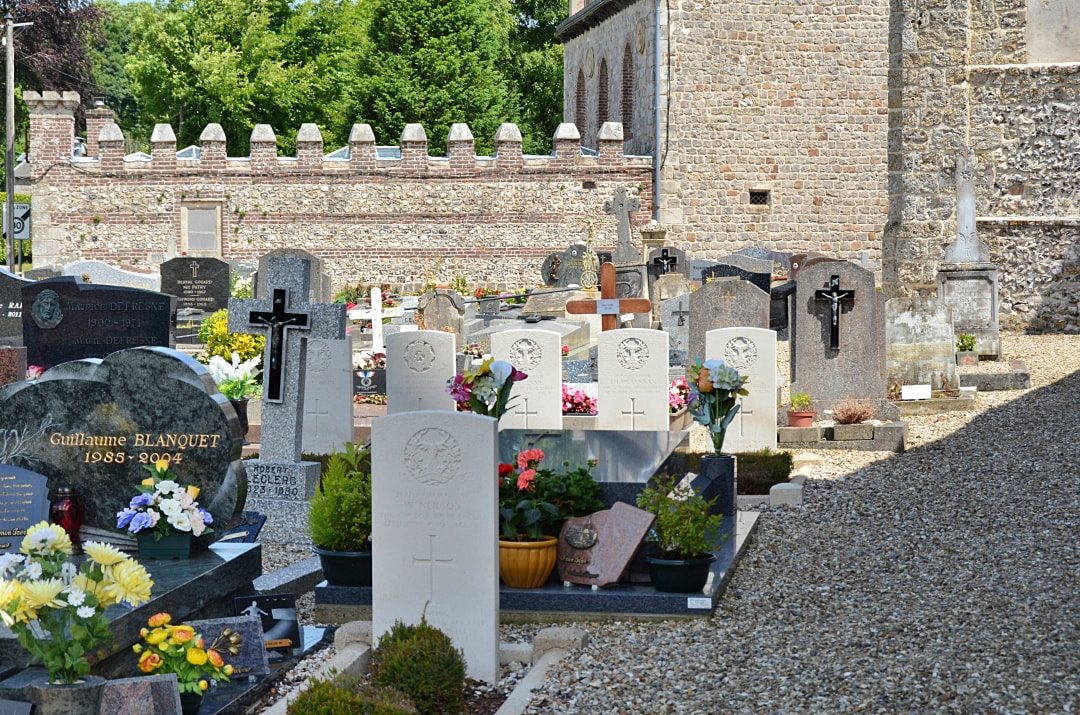 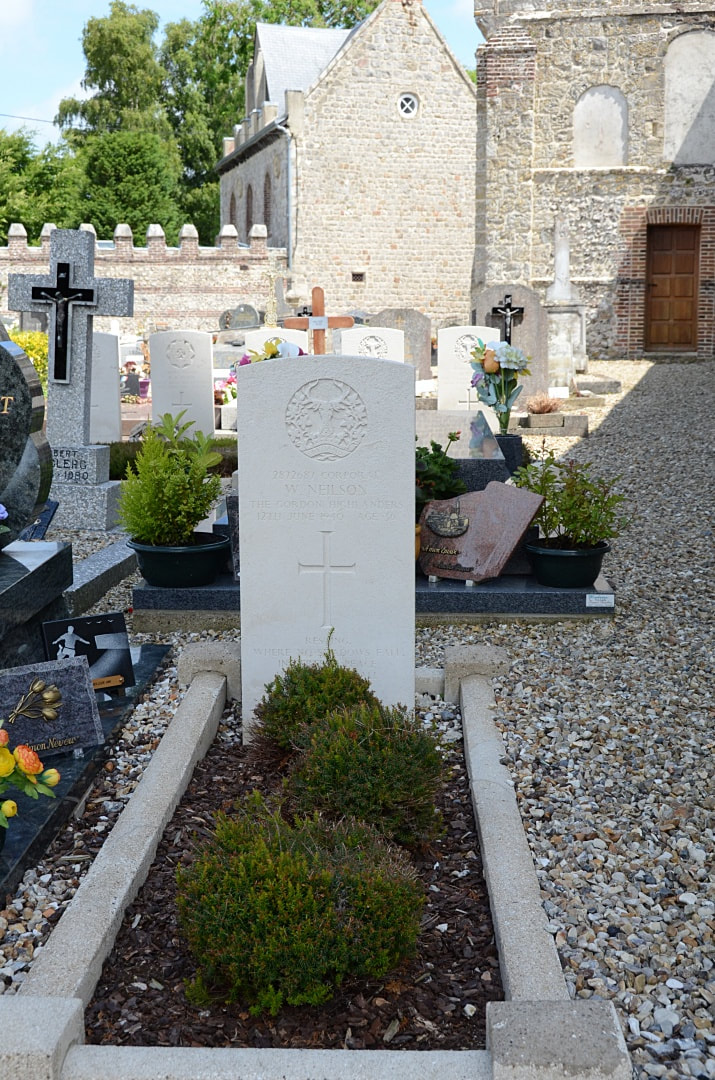 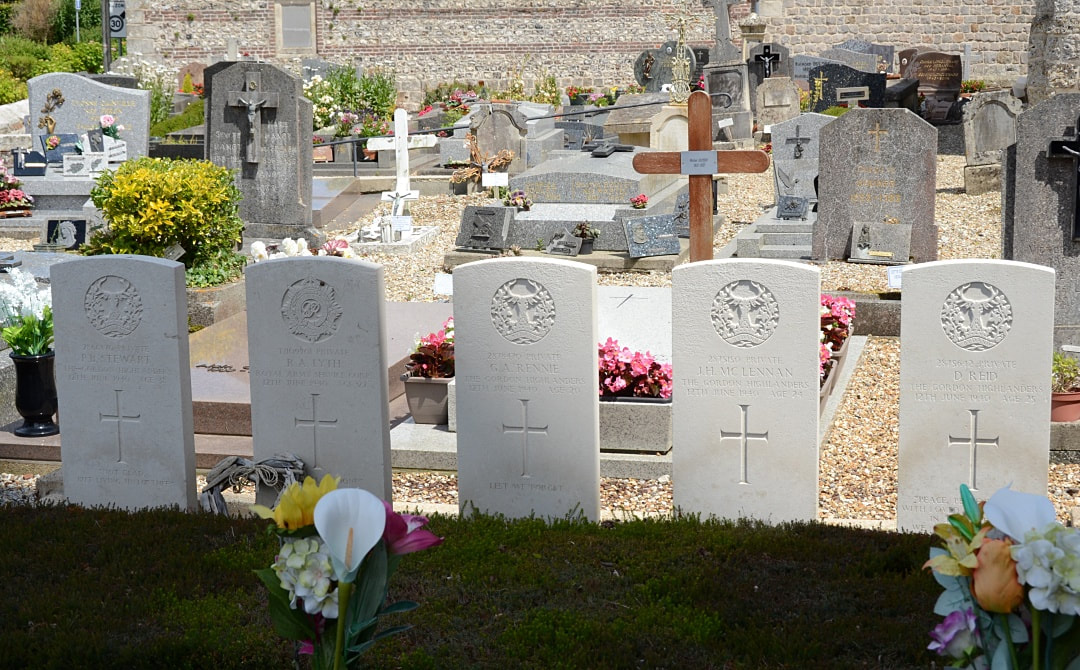 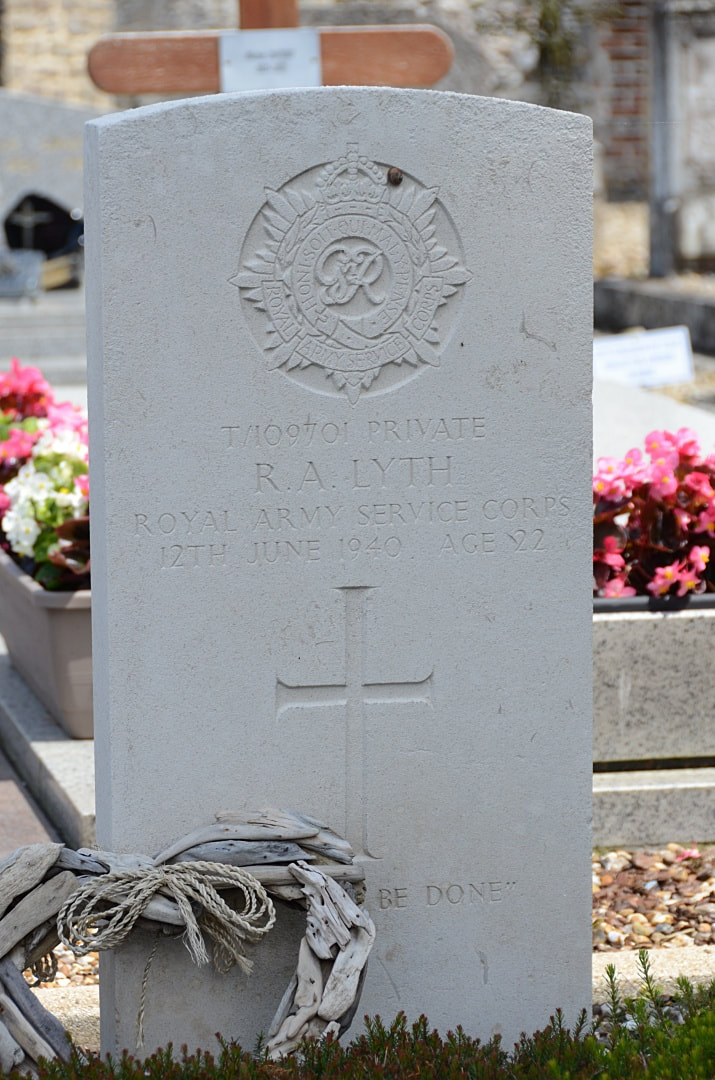 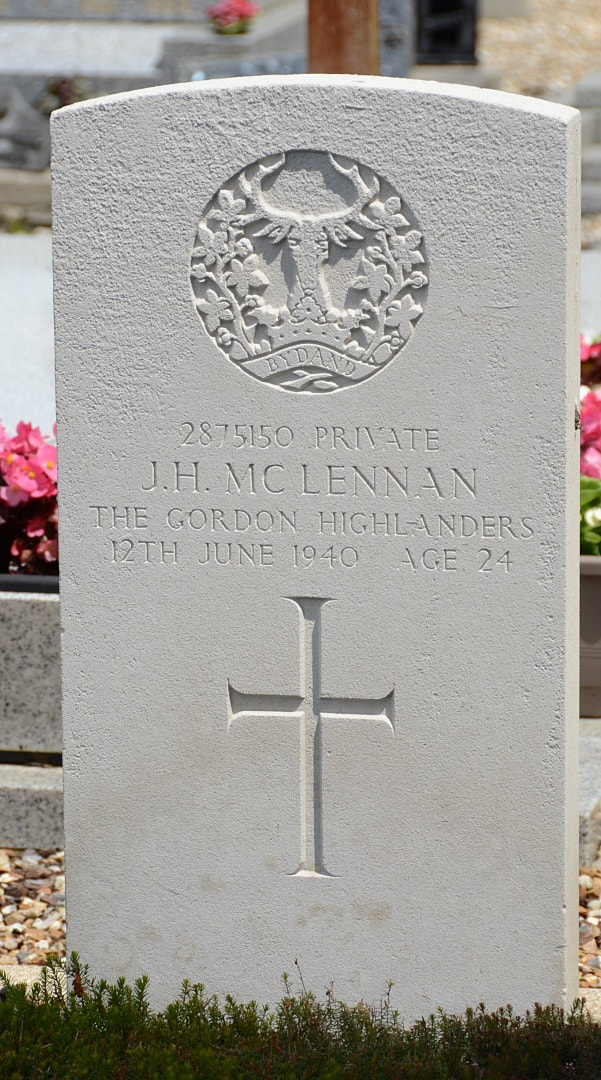 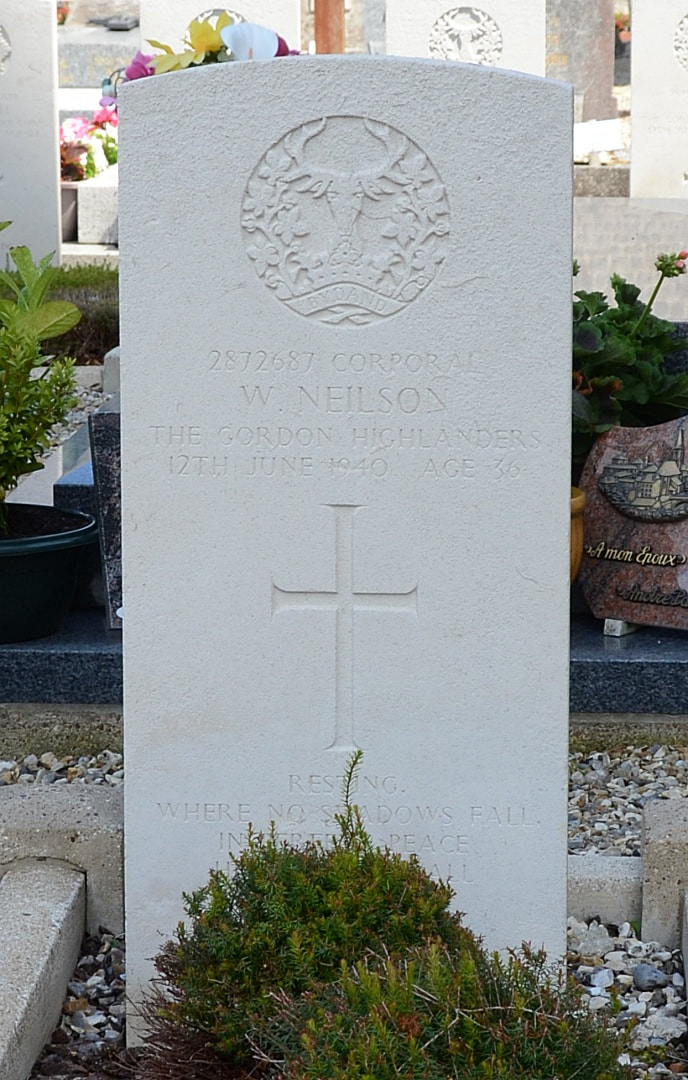 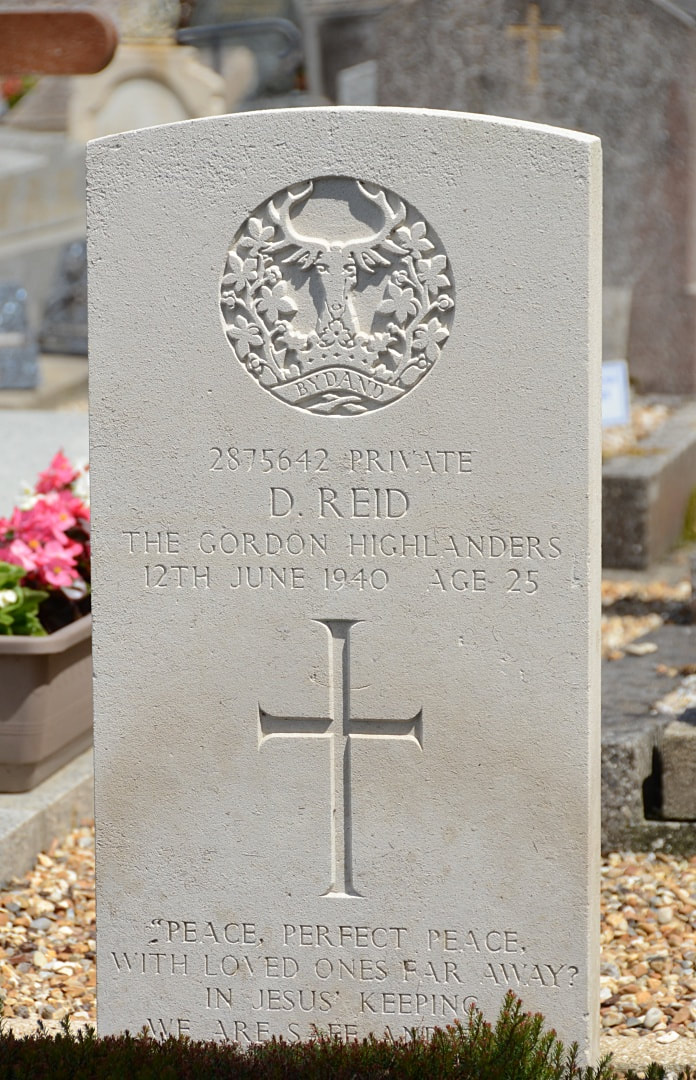 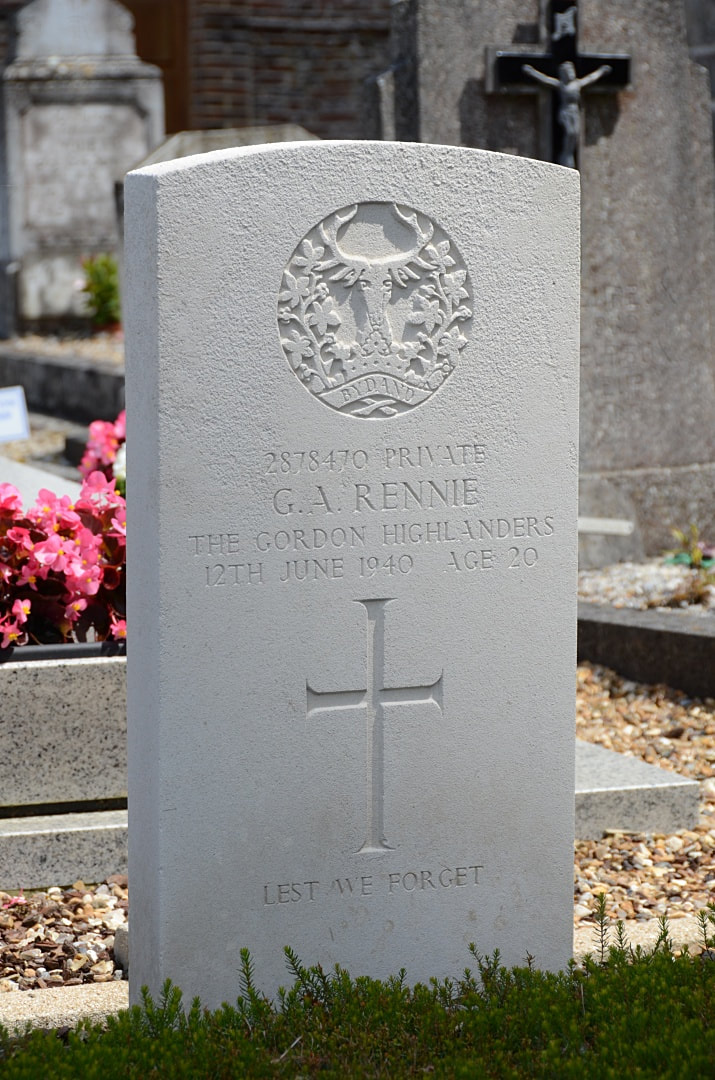 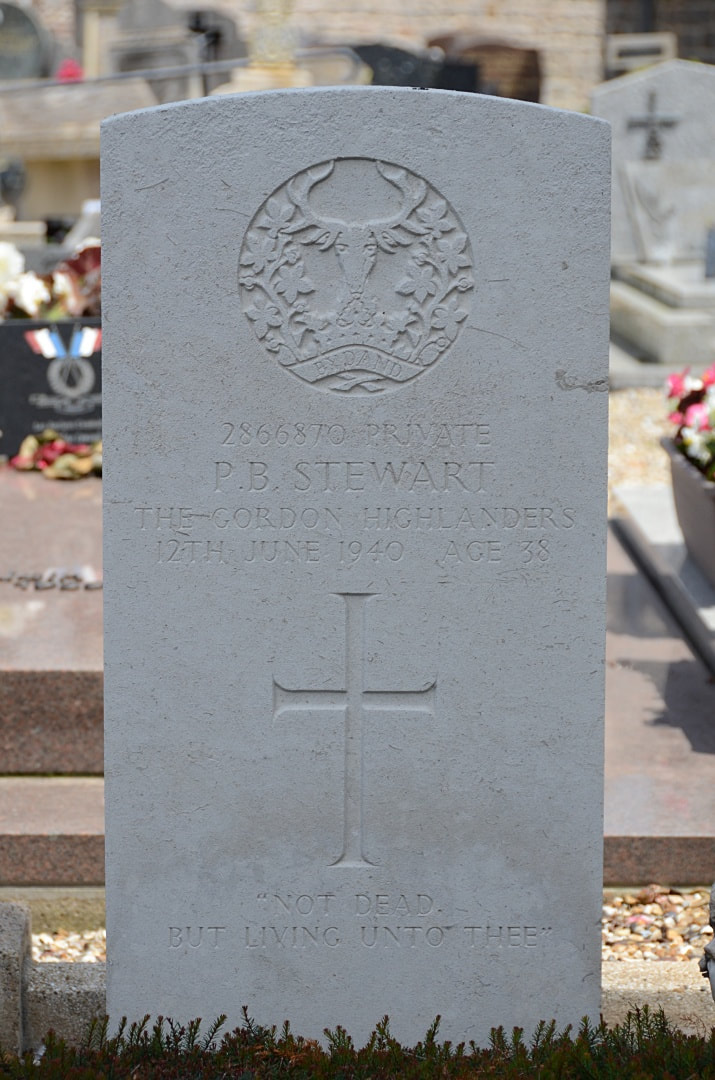 ​The image above is 2284 Company Sergeant Major Charles Neilson, the brother of Corporal William Neilson who is buried in this cemetery. Charles was killed during the Great War on 1st June 1916, aged 25 and is buried in Maroeuil British Cemetery in France.

Two other brothers were also killed in the Great War.

226018 James Hadden Neilson was killed in action in Greece on 28th October 1917, aged 29 and is buried in Kirechkoi-Hortakoi Military Cemetery

​240041 Corporal Rolland Millar Neilson was also killed in the Great War, aged 26 and he is commemorated on the Ploegsteert Memorial in Belgium.