Laneuville-à-Bayard is a village and commune 49 kilometres north-north-west of Chaumont, and 10 kilometres south-east of the large town of St. Dizier. The churchyard lies to the east of the village, and contains the collective grave of six British and one Australian airmen. 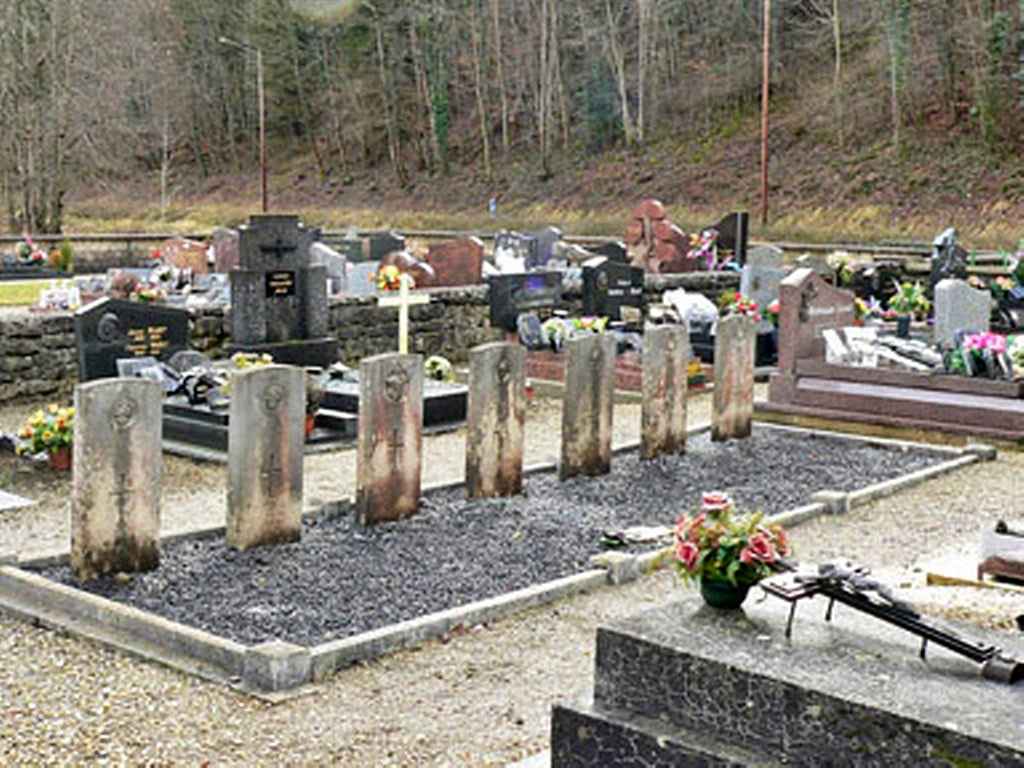 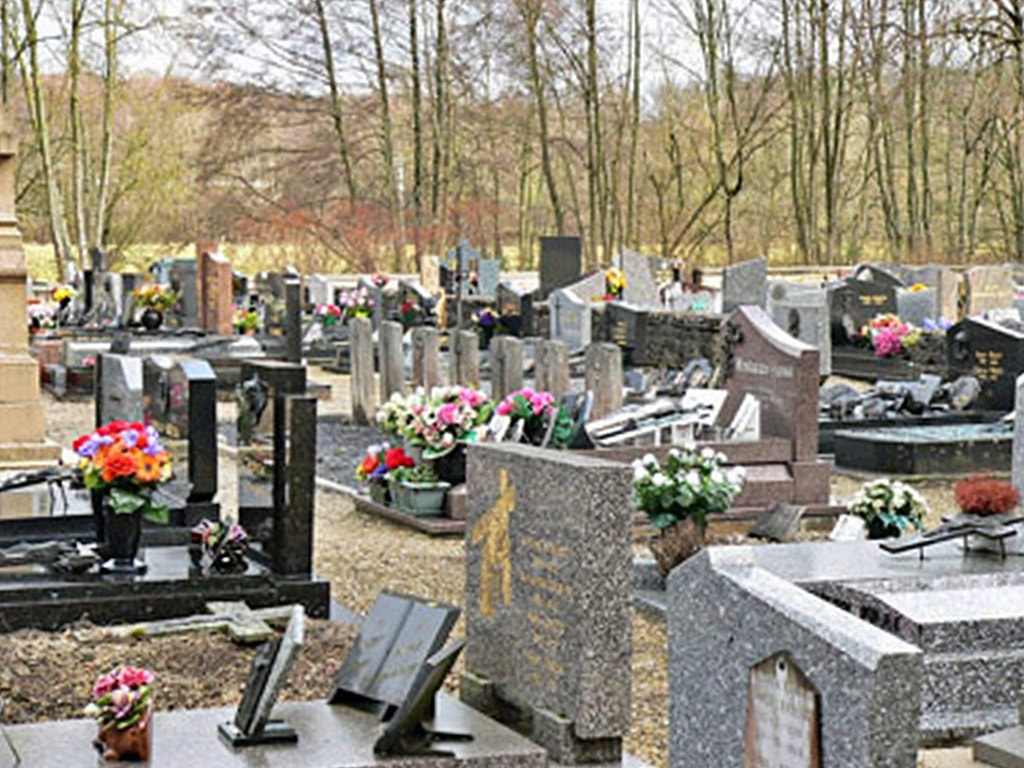 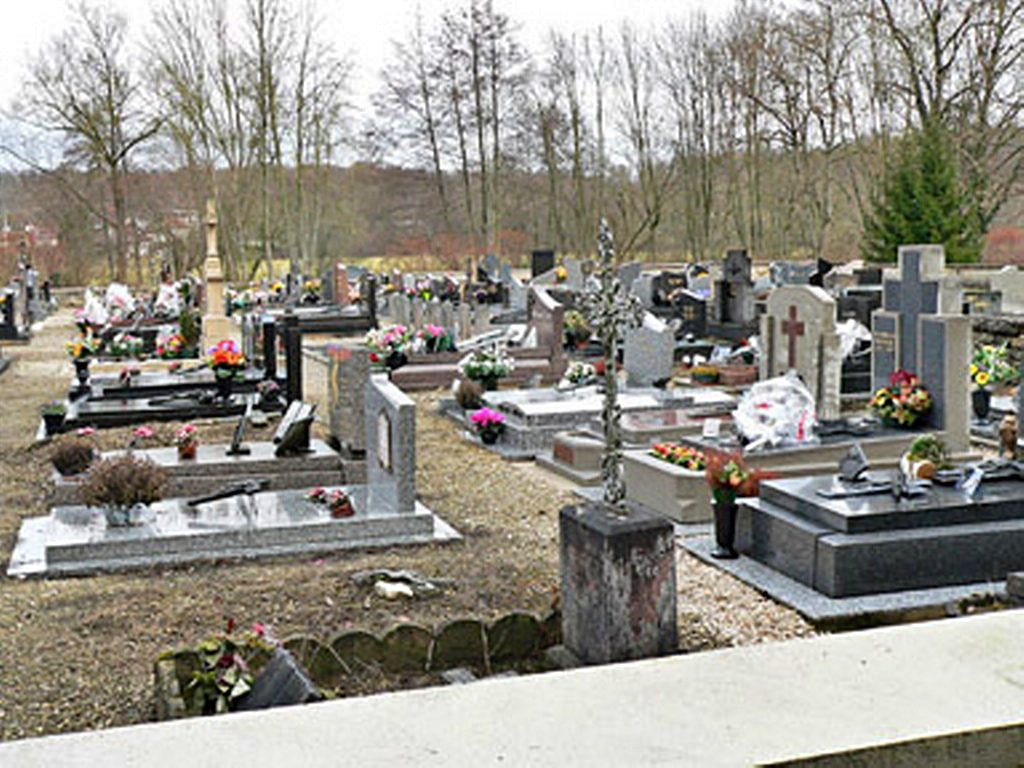 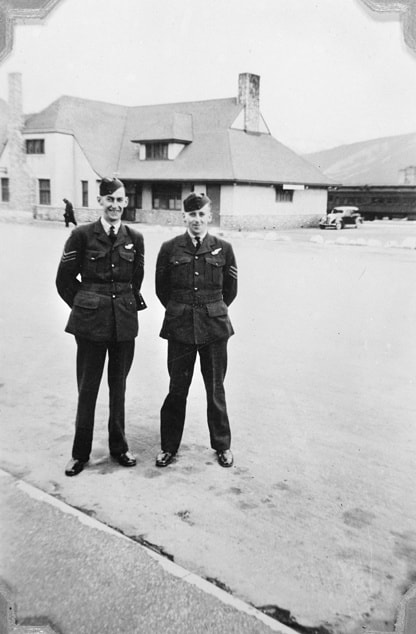 Identified on the left and buried in this cemetery is 402458 Pilot Officer William Frederick Collins,  Royal Australian Air Force, who was killed whilst on operations over France on 27th April 1944. He enlisted in Sydney, NSW on 19th August 1940. Son of Harold and Elizabeth Collins, of Burleigh Heads, Queensland, Australia. His headstone bears the inscription "Resting In Peace Of God. My Beloved Son, Au Revoir"

On the right is 400981 Sergeant Rex Alfred Gotts of Richmond Victoria. He was posted to 50 Squadron, and was killed whilst on operations over Denmark on 23rd September 1942. His body was never found or unidentified and he is commemorated on the Runnymede Memorial in Surrey, England.

The pair had completed their training in Canada and are standing in front of the Jasper railway station in Alberta, Canada.
​ 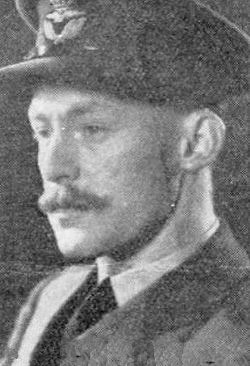 902284 Flight Sergeant William Frederick Evans, 106 Squadron, Royal Air Force Volunteer Reserve, aged 26. Son of William Thomas Evans and Doris Evans, husband of Jocelyn Marion Evans, of Ealing, Middlesex.​ His headstone bears the inscription "He Gave The Life He Loved For Those He Loved. He Shall Not Have Died In Vain"

933266 Sergeant Ernest Ambrose Hatch, 106 Squadron, Royal Air Force Volunteer Reserve, aged 22. Son of Ernest George and Edith May Hatch, of Mile Cross, Norwich. His headstone bears the inscription "May The Sunshine He Missed In Life's Highway Be Found In God's Haven Of Rest"

1873929 Sergeant Leonard George Alfred Izod, 106 Squadron, Royal Air Force Volunteer Reserve, aged 19. Son of Edmund Joseph Charles and Florence Rachel Izod, of Southend-on-Sea, Essex. His headstone bears the inscription "Greater Love Hath No Man Than This, That He Gave His Life For Those He Loved"