Honfleur is a town and port on the south side of the estuary of the river Seine, 58 kilometres north-east of Caen. The Cemetery is south-east of the town centre, in the St Leonards district. The main entrance to the Cemetery is in the Rue Emilie Renouf, a continuation of the Rue Saint Leonard, which heads east from St Leonards Church.

14618205 Private Kenneth Albert Amis, 12th (Airborne) Bn. Devonshire Regiment, died 25th August 1944, aged 19. Son of Albert Edward and Lena Violet May Amis, of Muswell Hill, Middlesex. His headstone bears the inscription "Here A Face For Ever Young Smiles From The Other Side Of Death. Mizpah"

77040 Pilot Officer Victor Arthur Rendell, Air Gunner in 83 Squadron, Royal Air Force Volunteer Reserve, died 19th September 1940, aged 28. Son of Arthur Rendell and of Maud Rendell, of Shoeburyness, Essex. His headstone bears the inscription "One To The World But The Whole World To Me. So Sadly Missed. Mother"

The non world war burial is Able Seaman H McDonnell of the Merchant Navy who served on the S. S. Sarnia who died on the 31st January 1940. 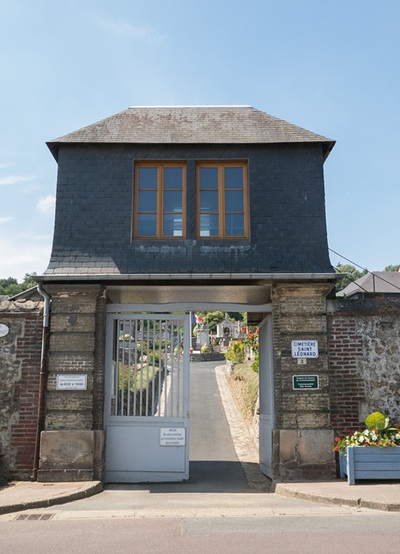 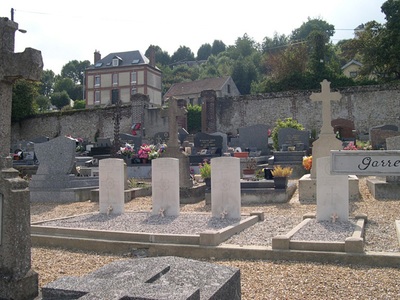 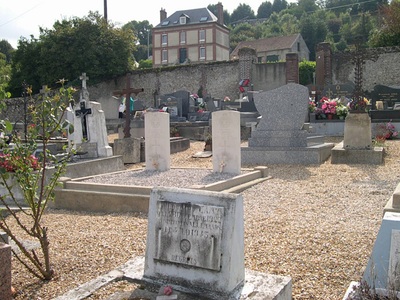 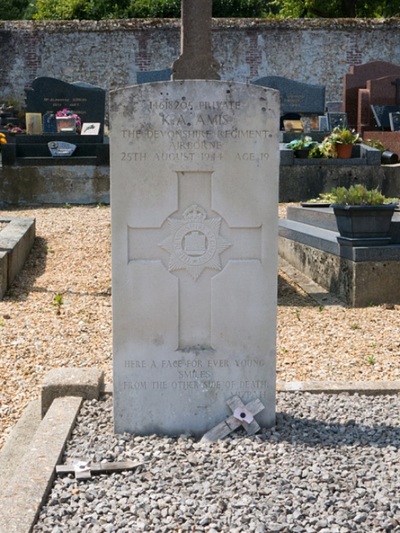 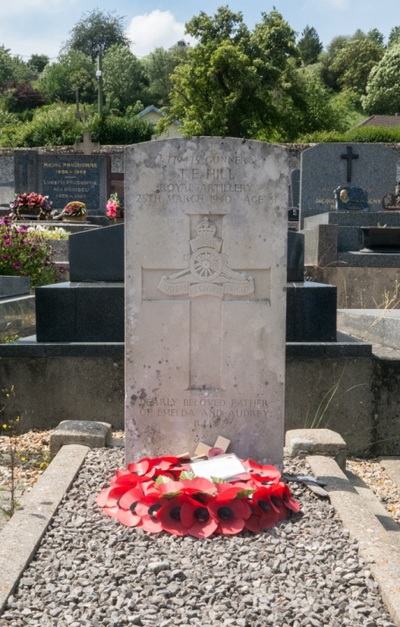 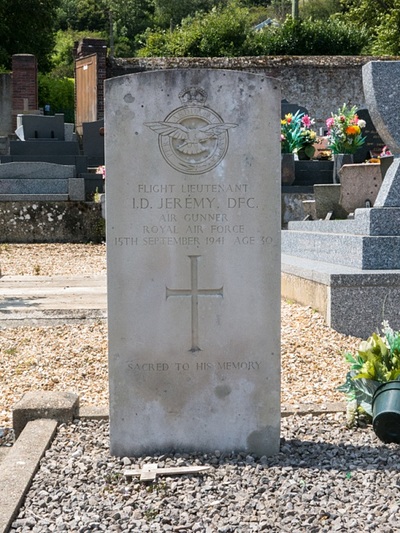 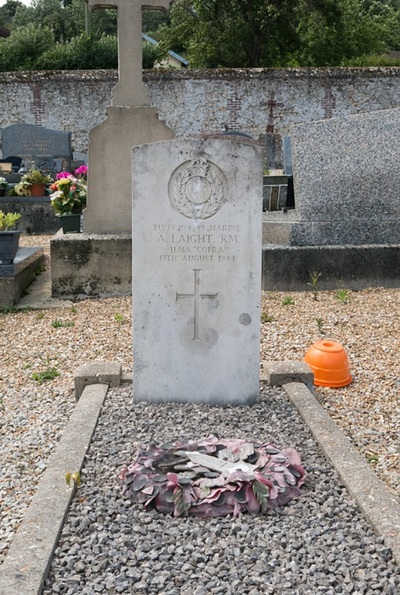 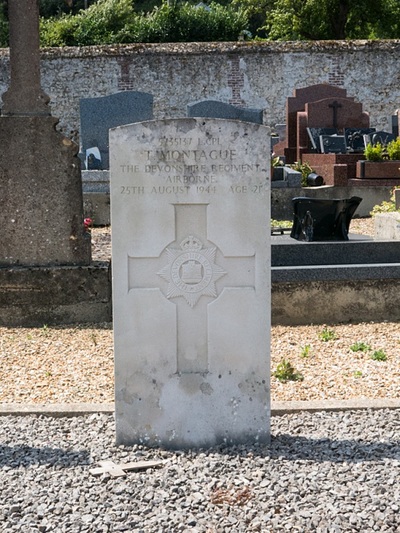 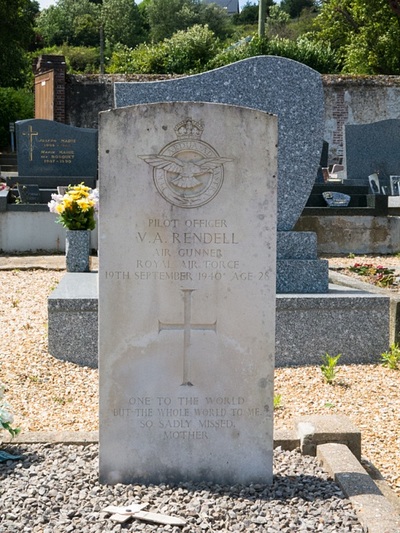 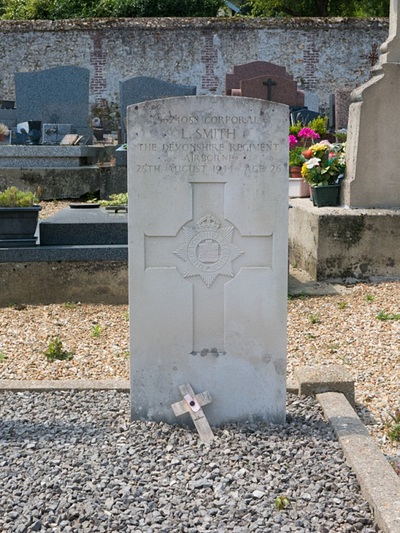 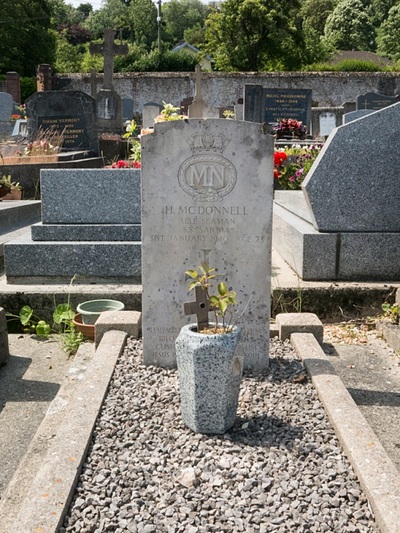 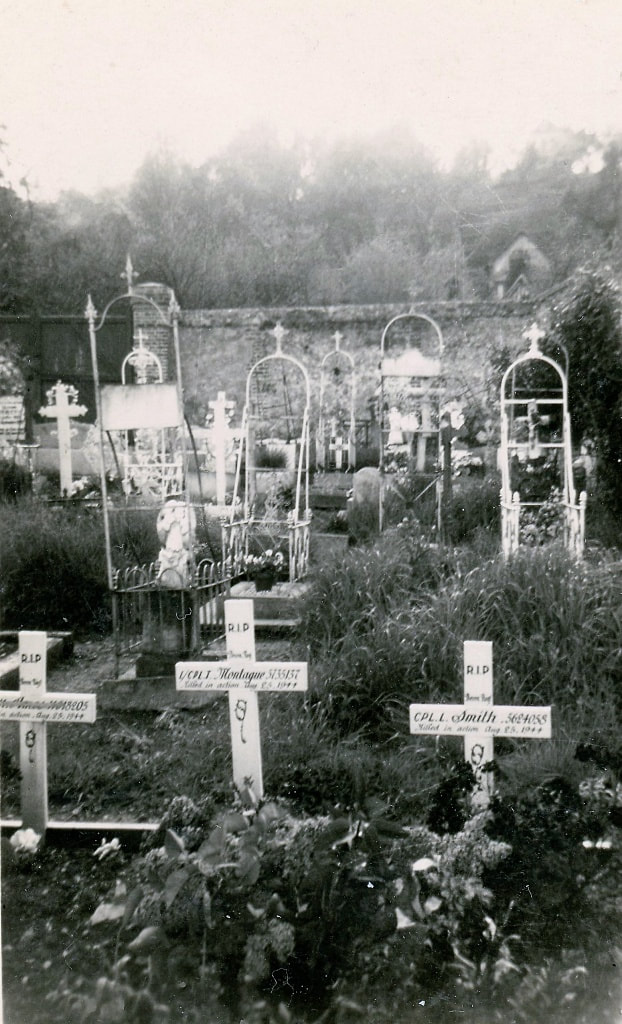 Picture and text below courtesy of John Folkard

The picture above was found amongst my wife’s parents’ possessions.  My father-in-law, Corporal Henry Douglas McDermott, was a member of the 22nd Independent Parachute Company and was involved in the D-Day operations and Operation Varsity.  He was in Honfleur at some point as it was here he met his future wife who lived there, so it was either him or his wife who took this photo.