Eu is a town 32 kilometres north-east of Deippe. The Communal Cemetery is on the south-east side of the town, on a road leading right from the Eu-Incheville and Aumale road (D.49).

Eu Communal Cemetery contains 16 Commonwealth burials of the Second World War, eight of them unidentified. There is also one burial from the First World War. 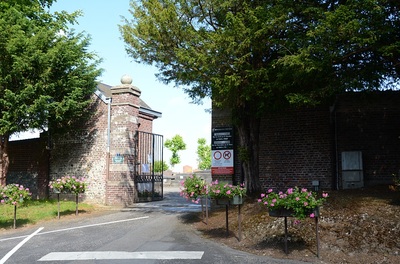 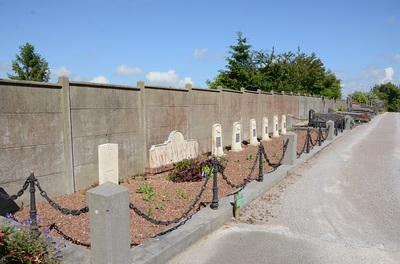 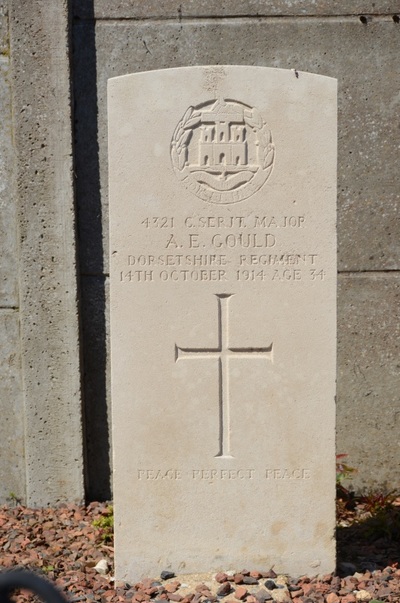 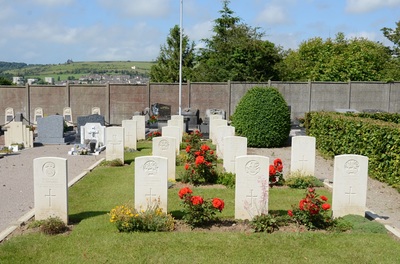 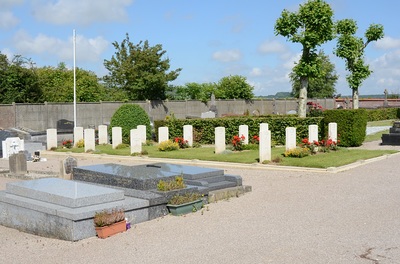 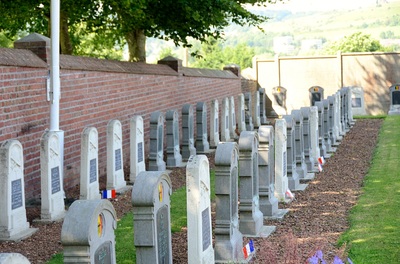 3131954 Fusilier John Murray Grant, 6th Bn. Royal Scots Fusiliers, died 8th June 1940, aged 21. Son of Thomas and Helen Grant, of Kilmarnock, Ayrshire. INSCRIPTION. TO LIVE IN THE HEARTS YOU LEAVE BEHIND IS NOT TO DIE.

6288108 Private Frederick Stingemore, 4th Bn. The Buffs (Royal East Kent Regiment), died 10th June 1940, aged 19. Son of Harry and Emma Stingemore, of Sturry, Kent. INSCRIPTION. GONE FROM OUR SIGHT BUT FOR EVER IN OUR HEARTS.