Equennes is a village and commune 30 kilometres south-west of Amiens and just over 5 kilometres south of Poix, a small town at the intersection of the N.29 (Amiens-Le Havre) and N.1 (Paris Boulogne) roads.

​In the churchyard, about 23 metres south of its south-eastern corner, is the collective grave of seven airmen. Six of them belonged to the Royal Air Force and one to the Royal Australian Air Force. 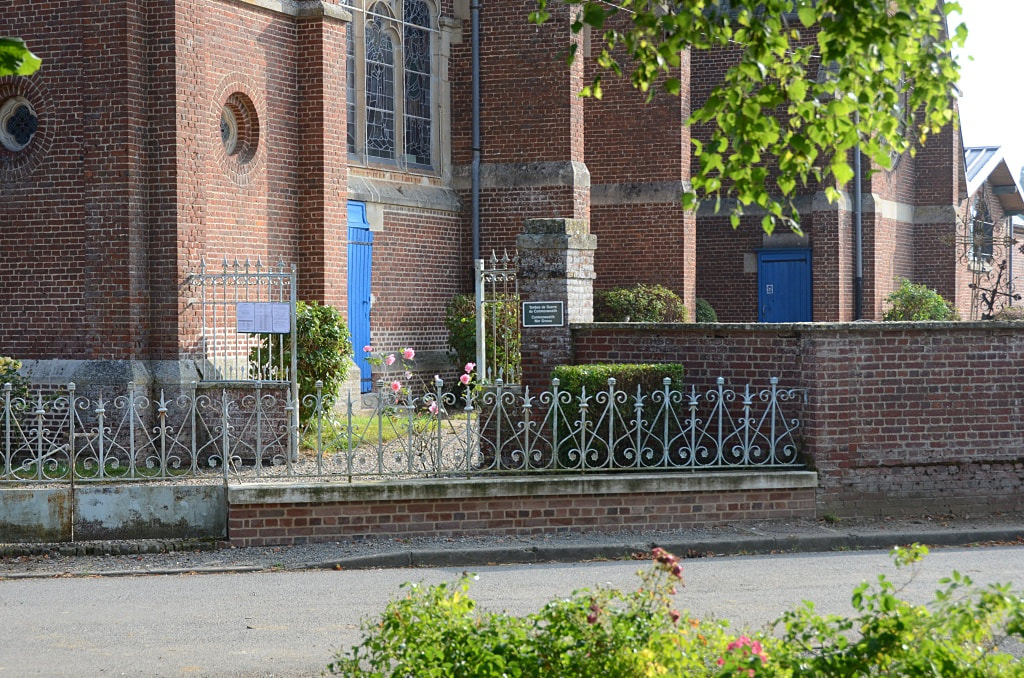 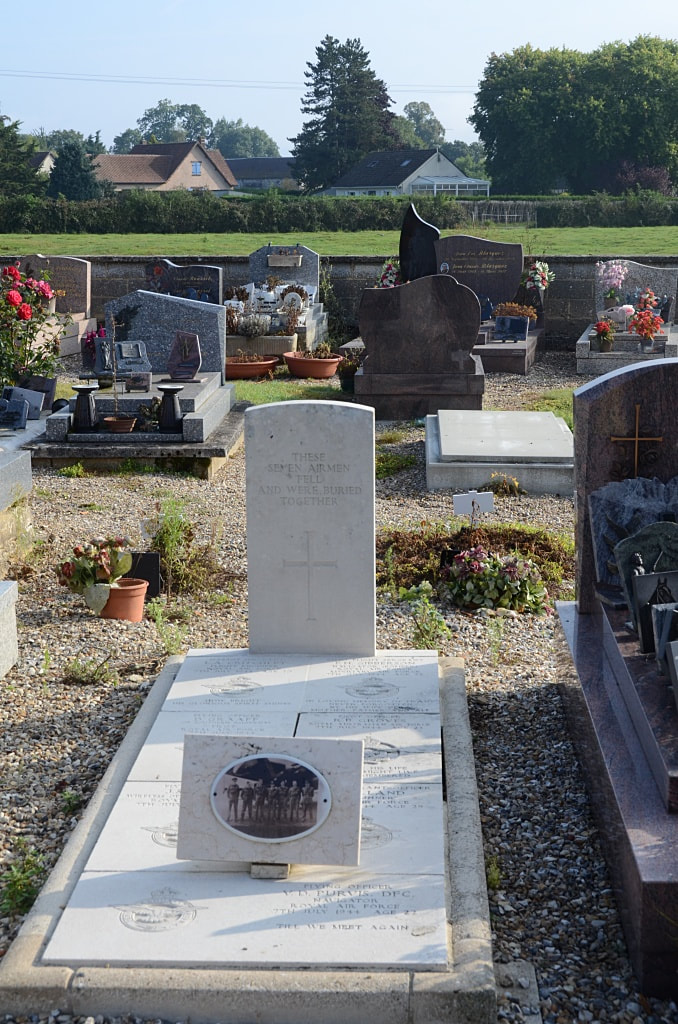 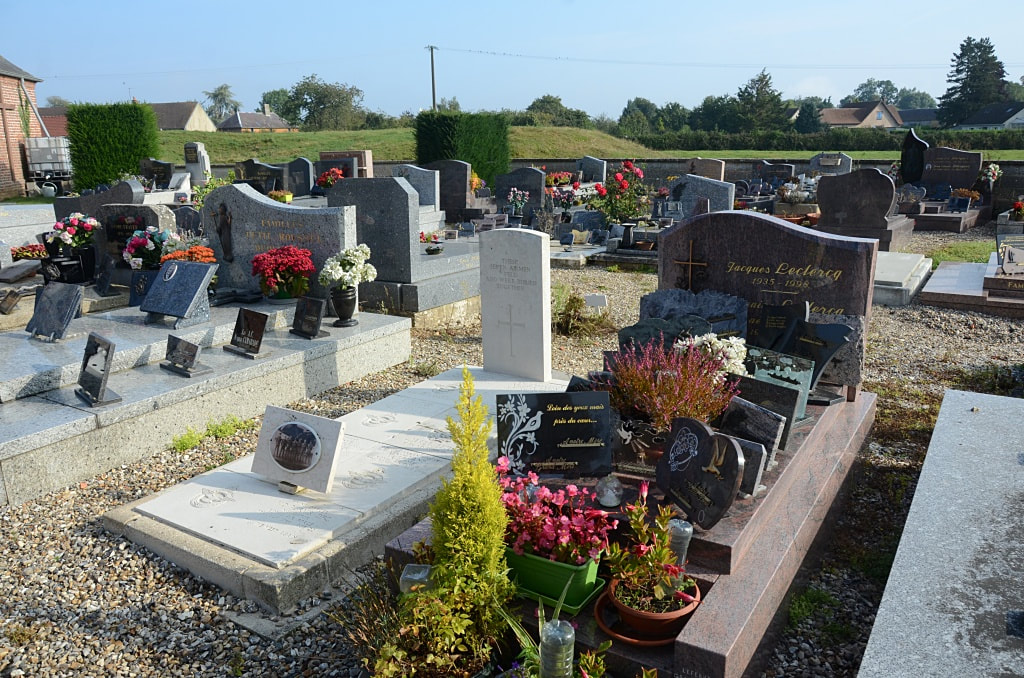 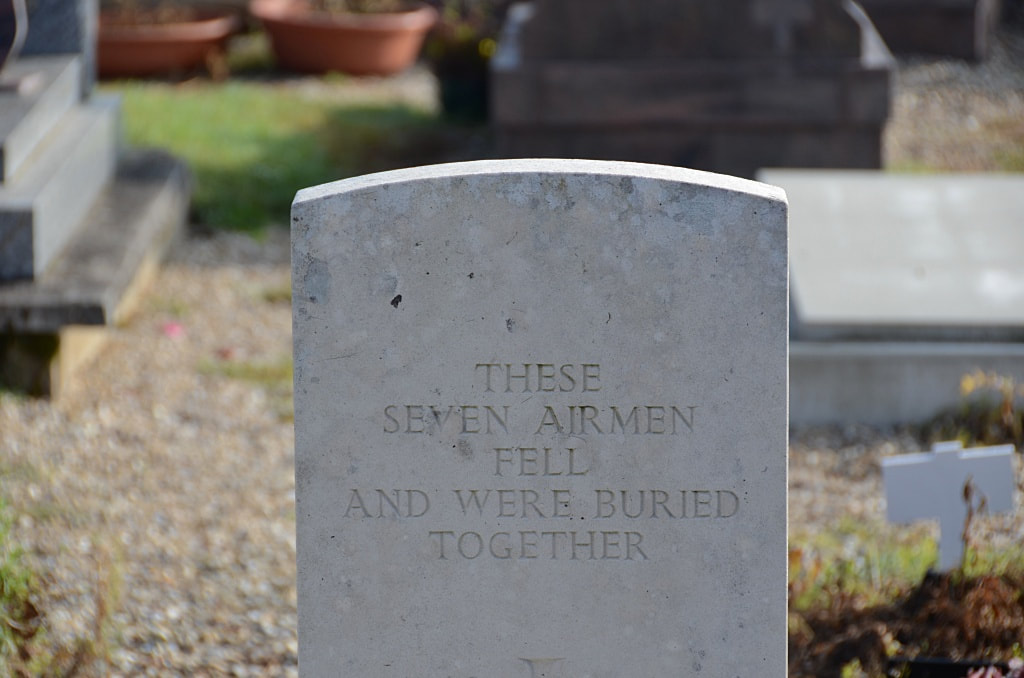 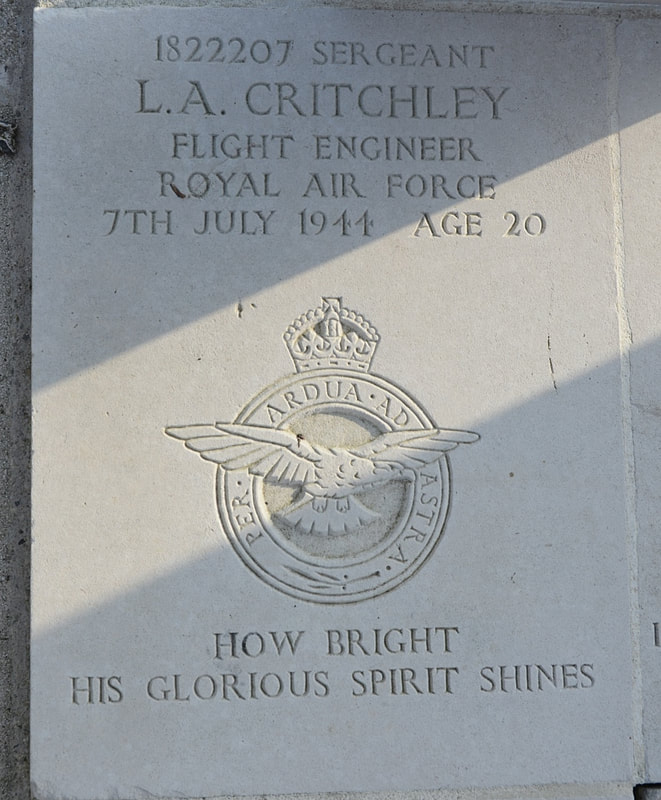 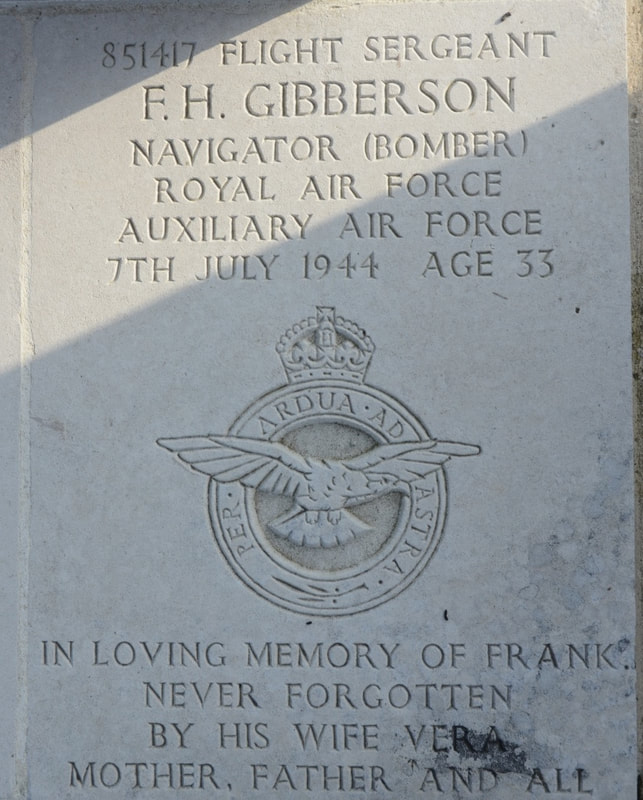 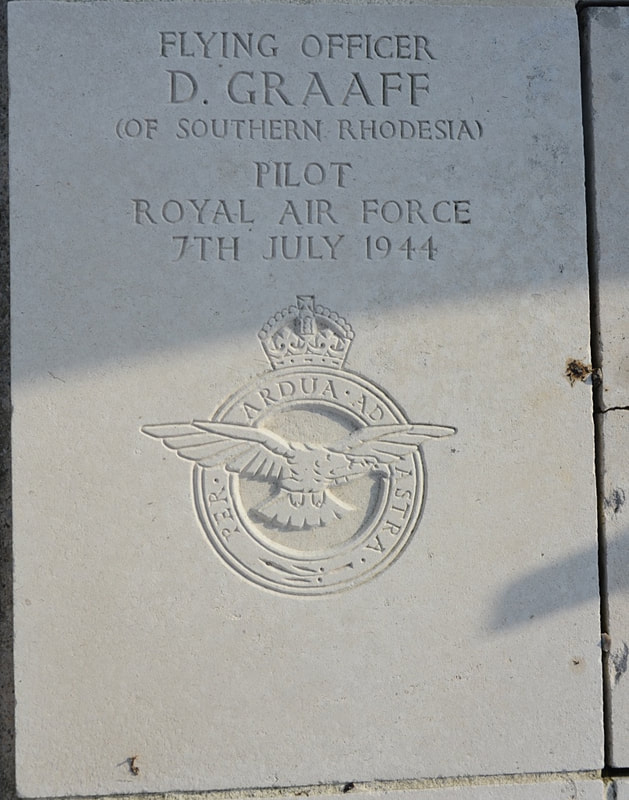 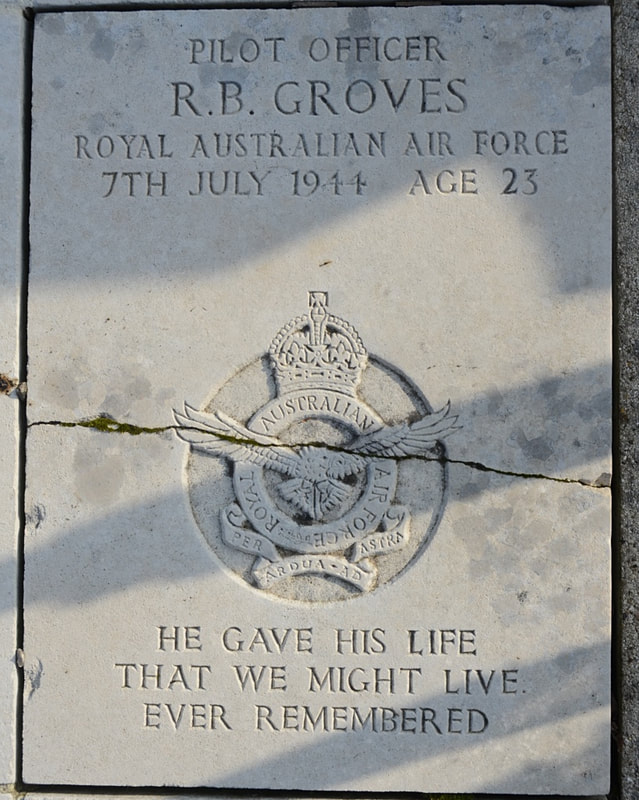 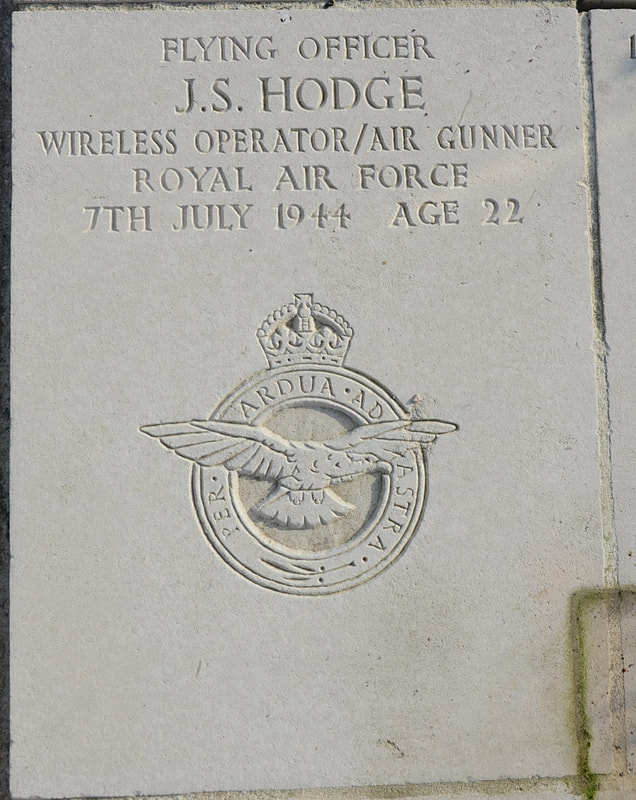 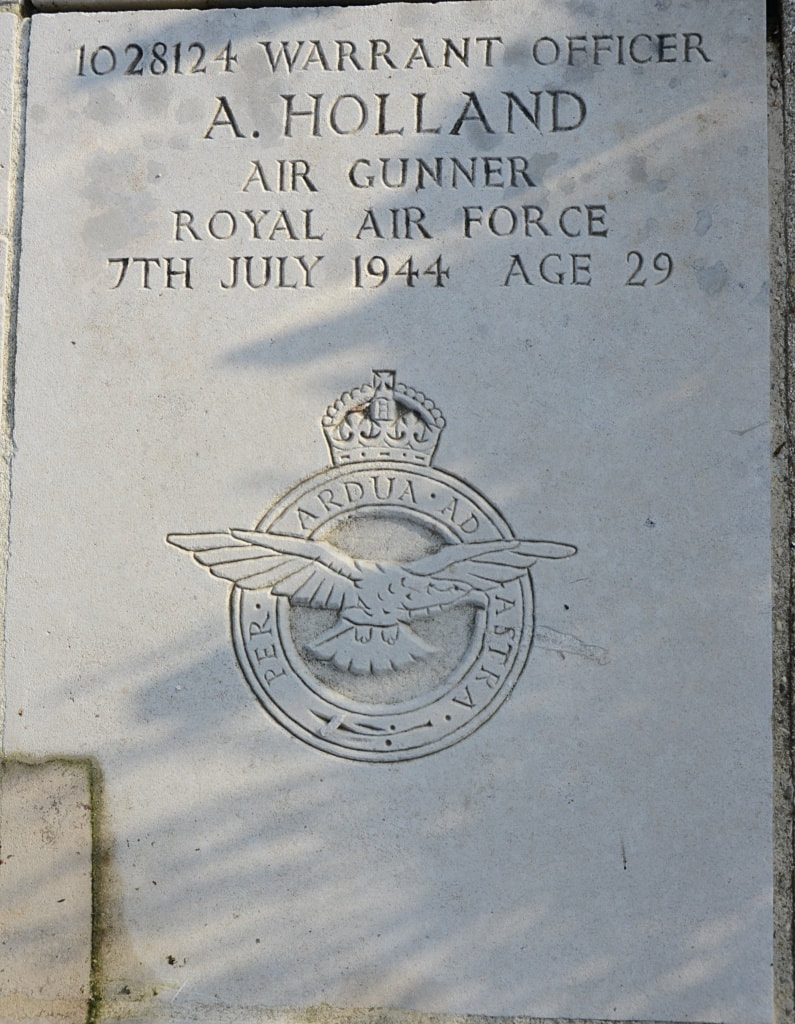 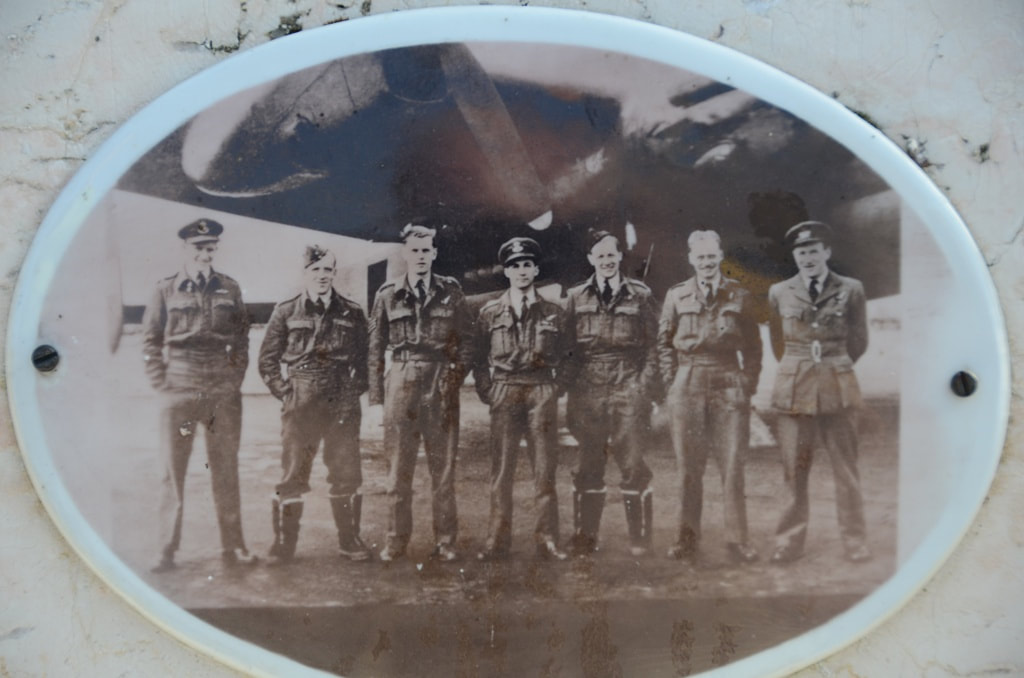 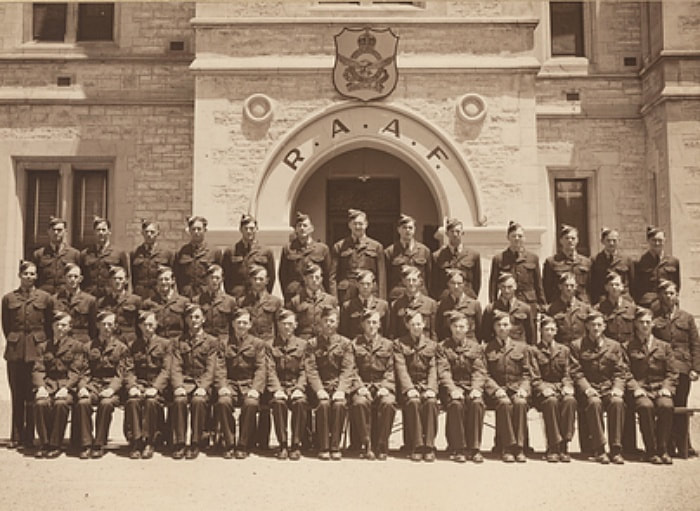 Group portrait of No 4 Initial Training School RAAF, Course No 22, A Squadron Flight 11.
Identified in the front row 5th from the right and buried in this churchyard is 409992 Pilot Officer Robert Bruce Groves, 44 Squadron, Royal Australian Air Force who died on operations over France on 7th July 1944, aged 23. Son of David Govan Groves and Elsie Isabell Groves, of Seymour, Victoria, Australia. his headstone bears the inscription "He Gave His Life That We Might Live, Ever Remembered" 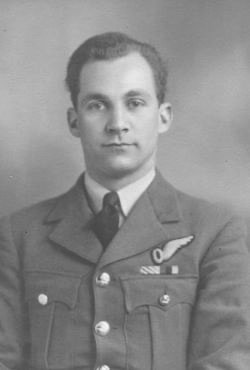 His headstone bears the inscription "Till We Meet Again"


The following were also in 44 Squadron and killed on 7th July 1944.
1822207 Sergeant Lawrence Archibald Critchley, Royal Air Force Volunteer Reserve, aged 20. Son of Lawrence and Helen Critchley, of Glasgow. His headstone bears the inscription "How Bright His Glorious Spirit Shines"