Poix is a small town 28 kilometres south-west of Amiens. The 16th century church of St. Denis with its surrounding churchyard is on the Amiens-Rouen road, about 200 metres north of the centre of the town. The Commonwealth War Graves Plot is opposite the west door of the church.

Wheelchair Access to this churchyard is possible, but may be by alternative entrance.

Poix, or Poix-de-la-Somme as it was known prior to 1965, suffered considerable damage during the war. A main operational aerodrome of Air Component was at Poix until on May 18th, 1940, it was moved to Abbeville. On May 19th enemy action necessitated the evacuating of this aerodrome also. The Officer Commanding Air Component then moved his headquarters to England, maintaining an advance landing ground at Merville (Nord), between Abbeville and the coast, until May 22nd. All the burials in the British plot in this churchyard are of airmen who crashed, or were shot down, in the country around Poix during the war years.

There are now nearly 150, 1939-45 war casualties commemorated in this site. Three British airmen and one Canadian whose graves could not be precisely located are commemorated by special memorials inscribed "Buried near this spot". 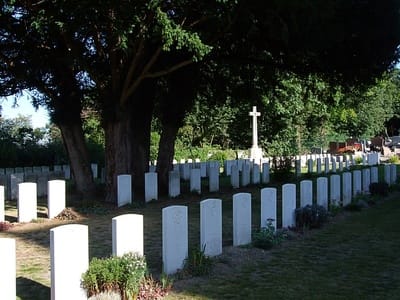 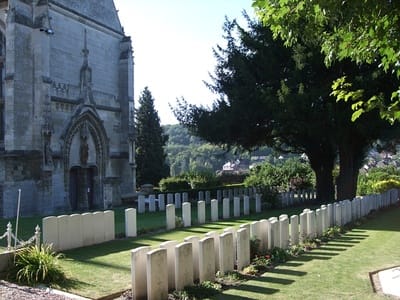 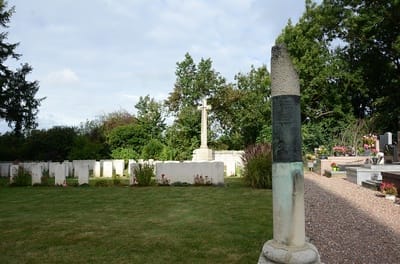 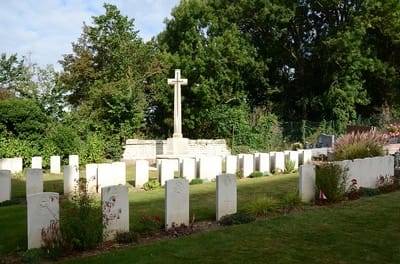 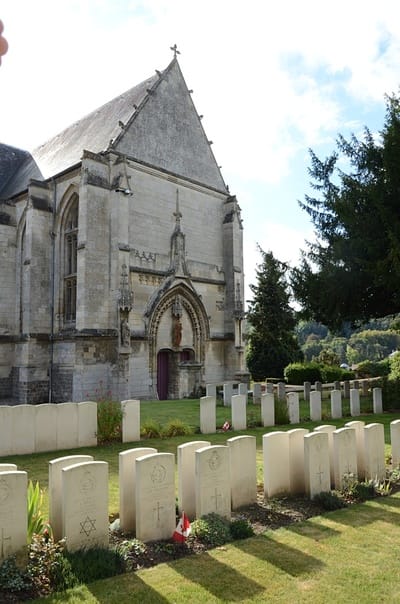 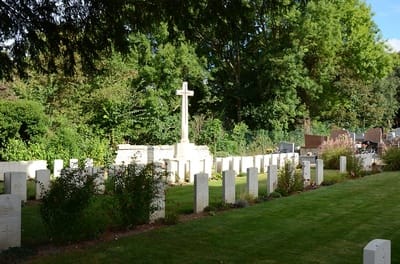 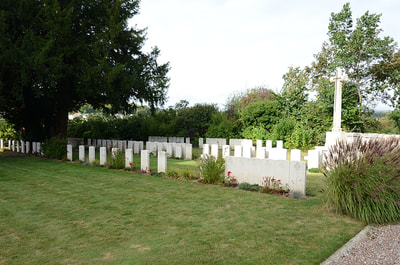 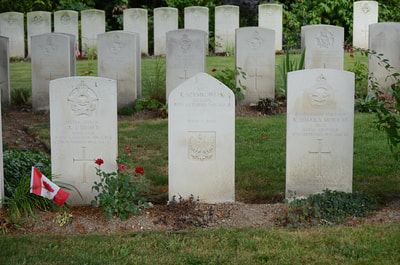 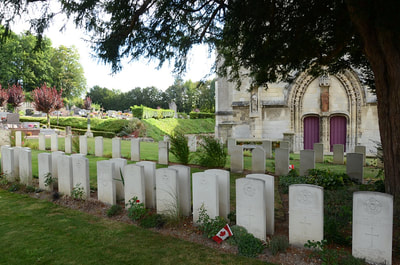