Ecquevilly is a commune and village (16 kilometres) east-south-east of Mantes, and on the Mantes-Paris road. The communal cemetery is down a narrow lane some 200 meters east of the church. The graves of 6 airmen, 2 belonging to the Royal Air Force, and 4 to the Royal Canadian Air Force, are adjacent to the southern wall east of the entrance. 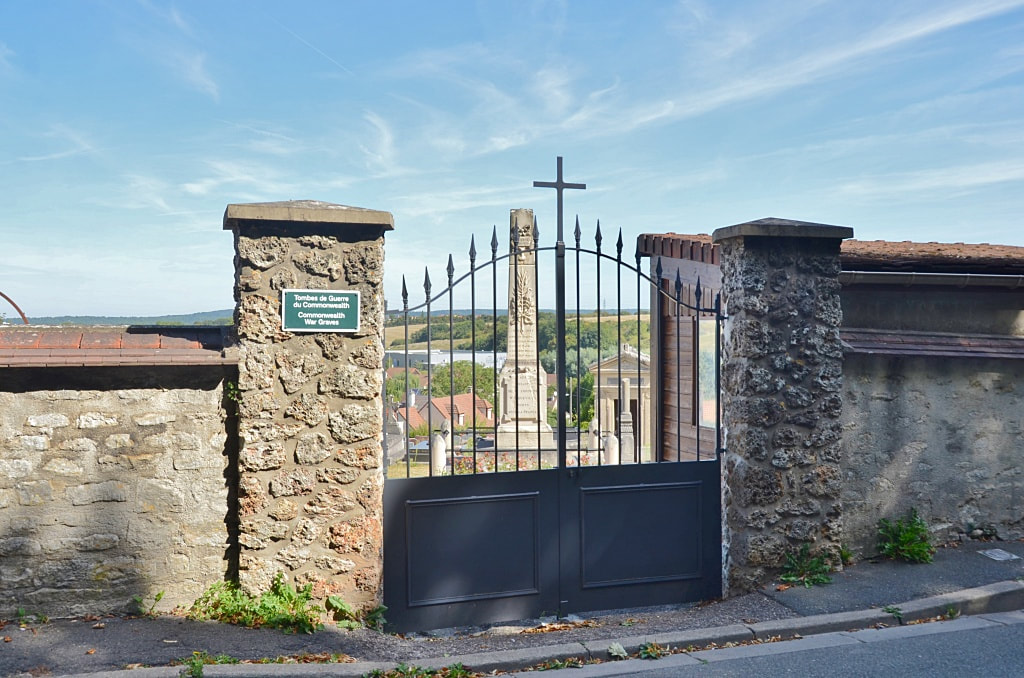 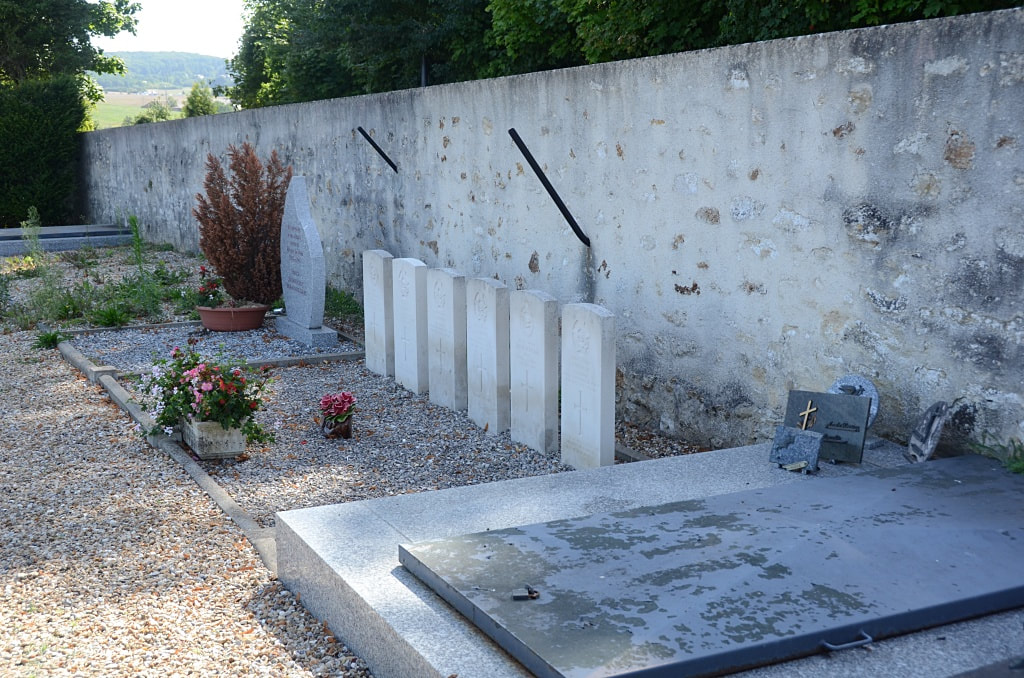 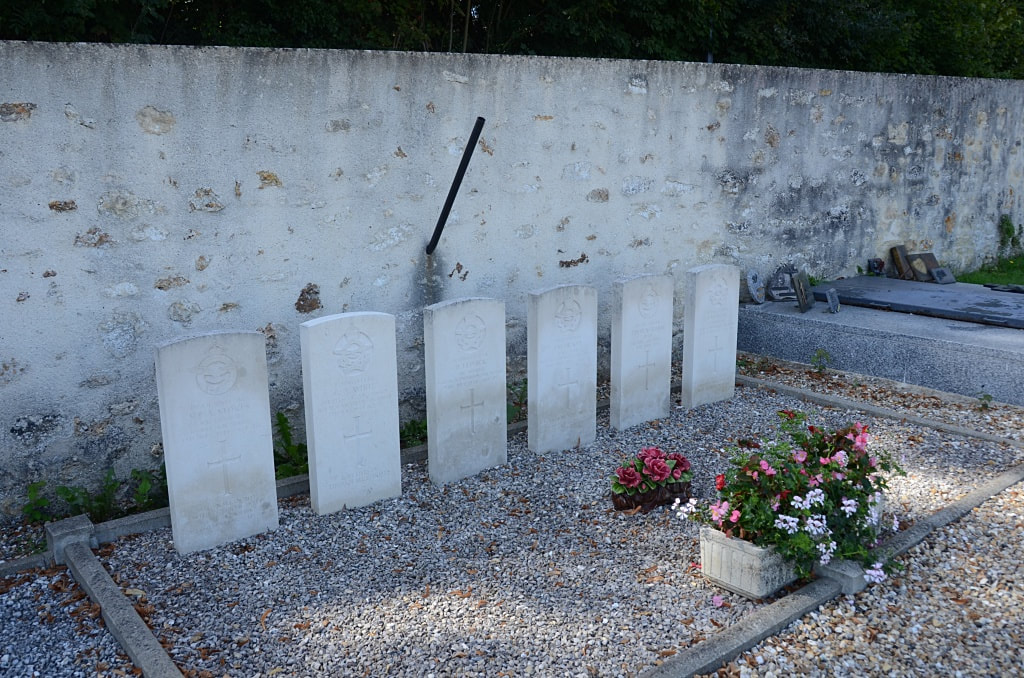 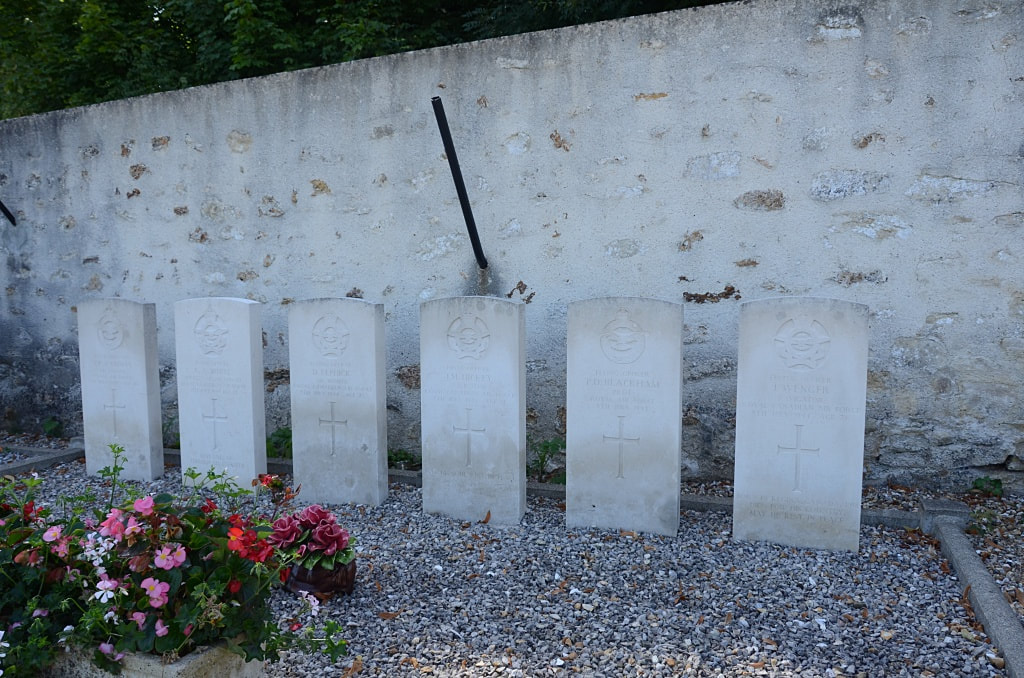 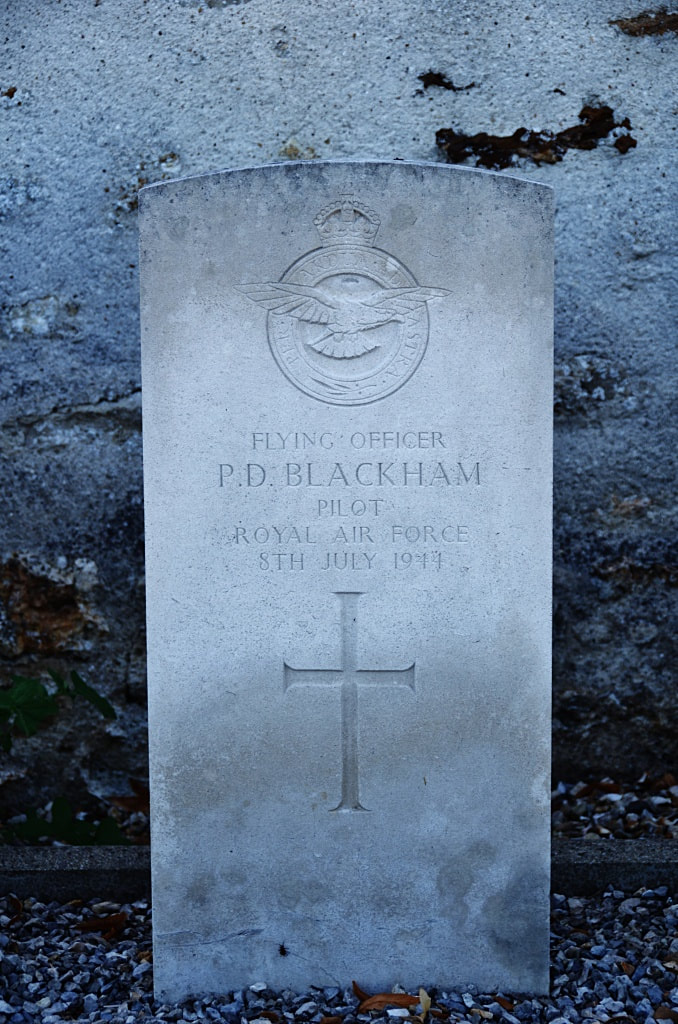 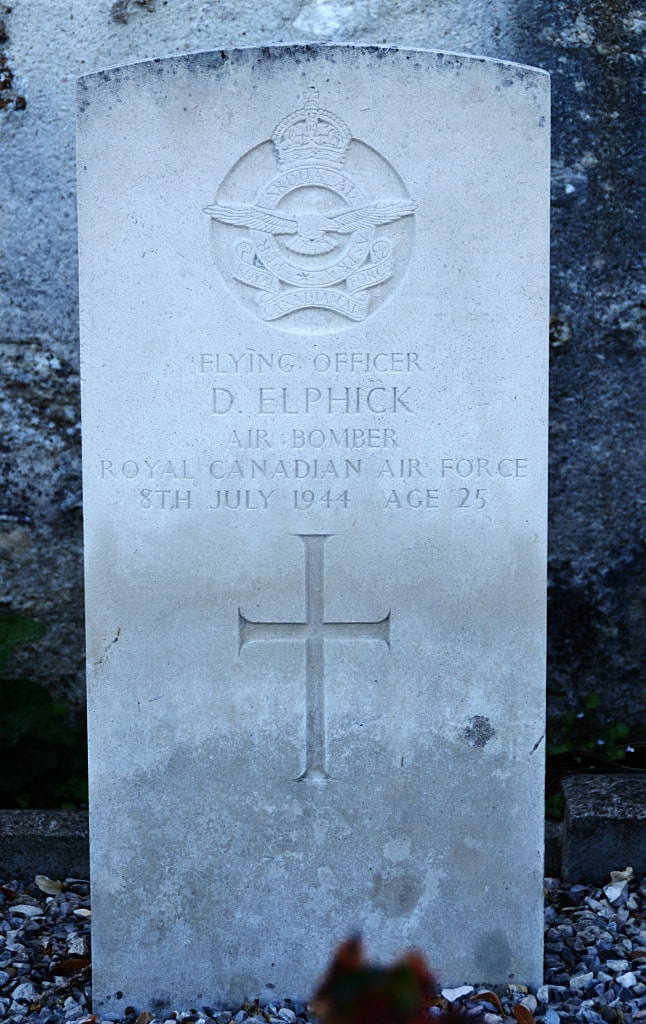 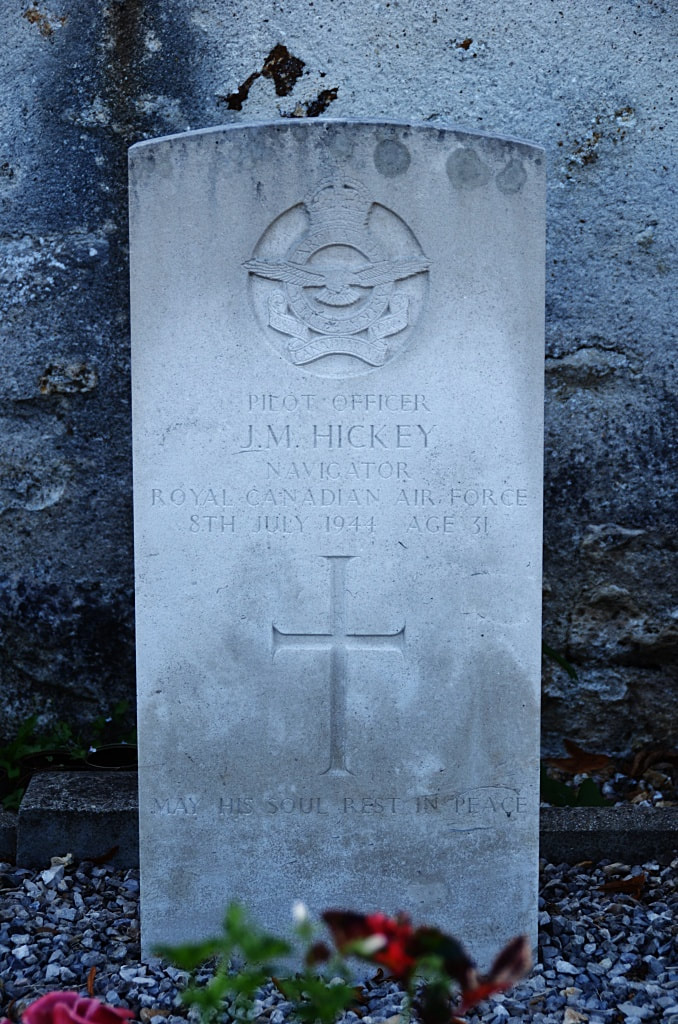 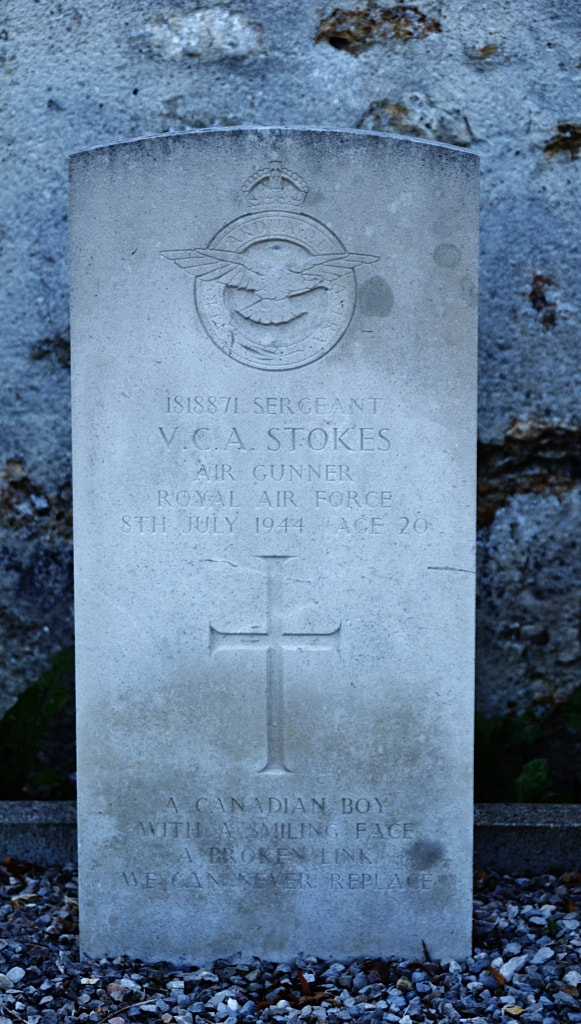 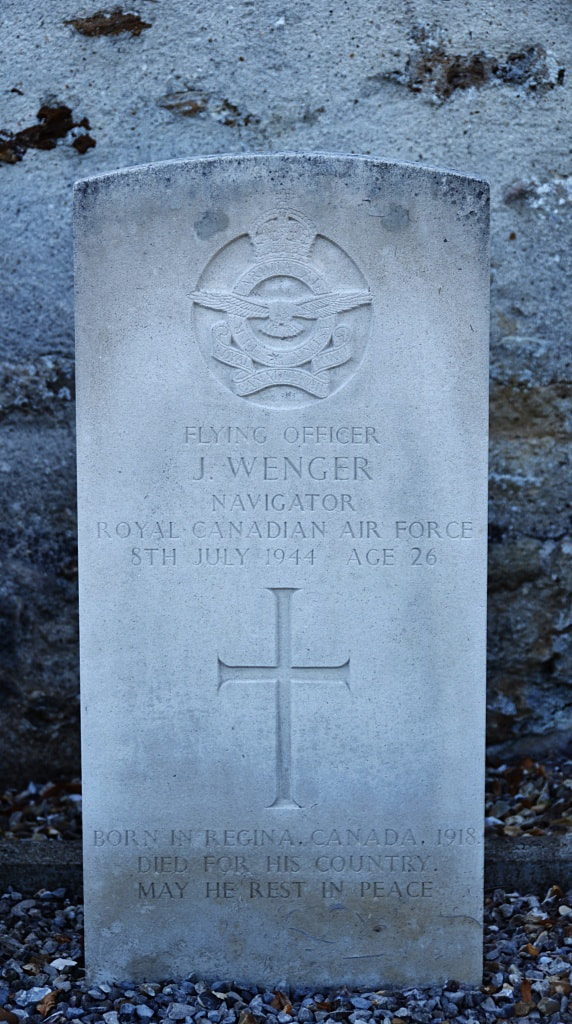 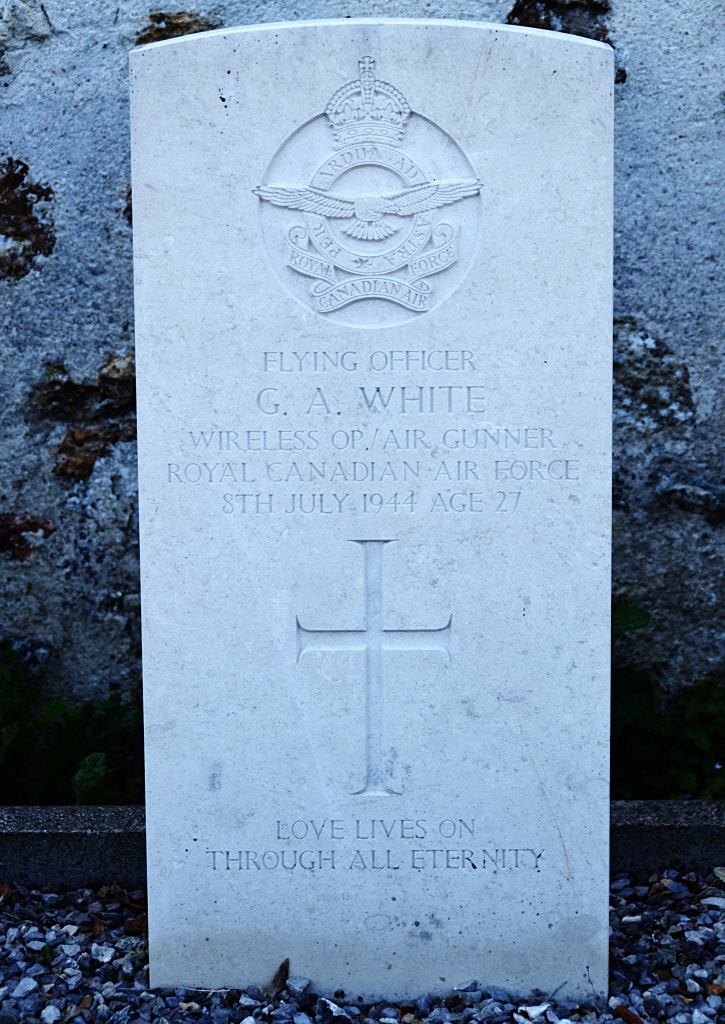 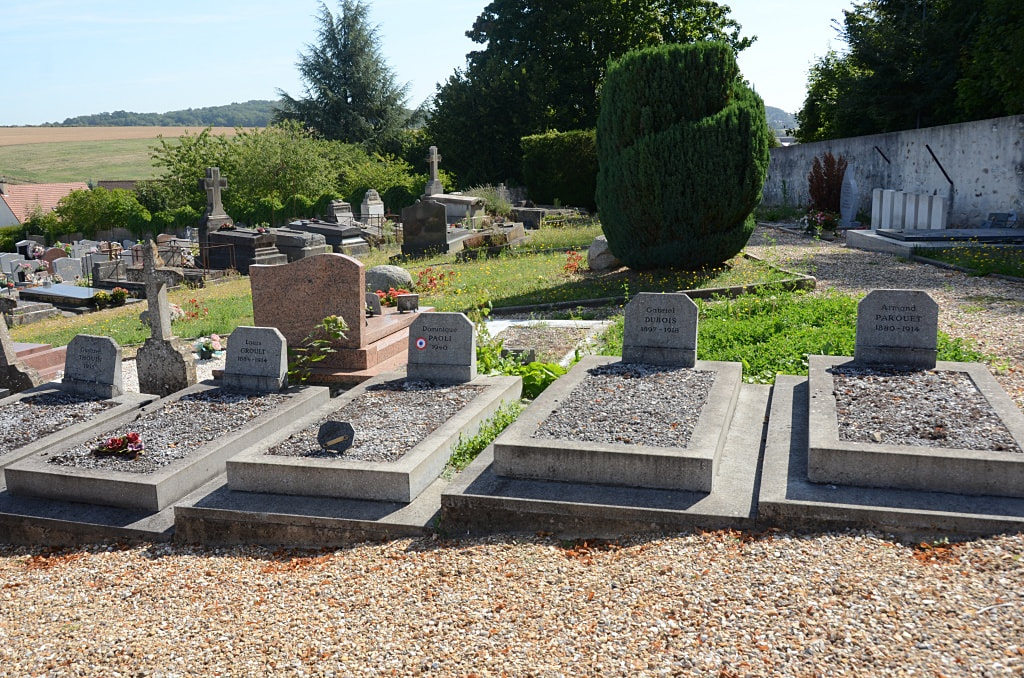 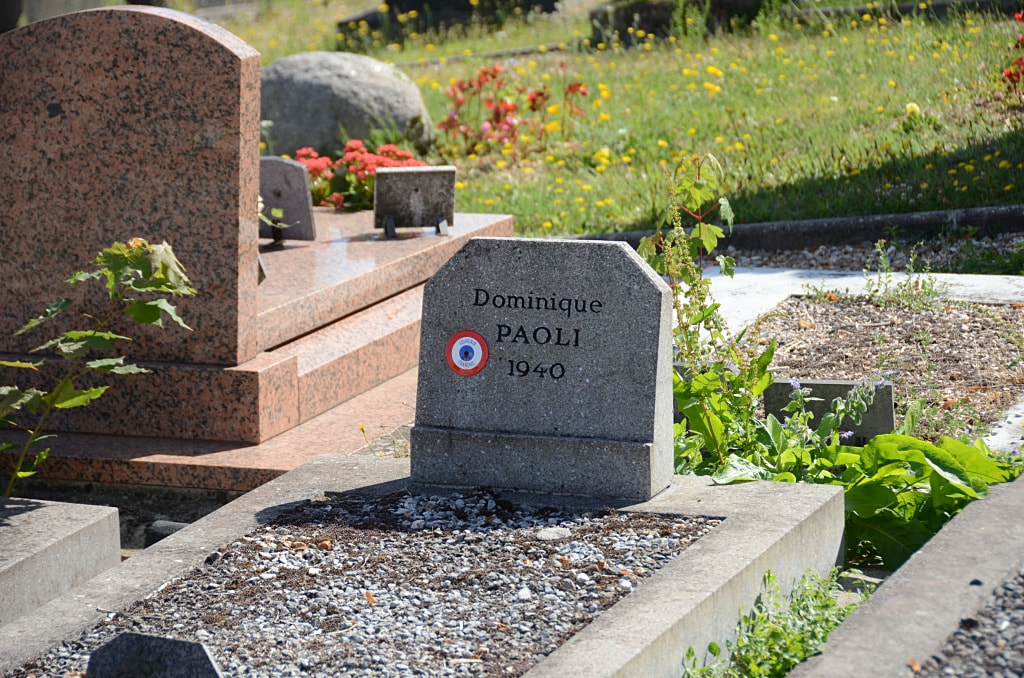