Diksmuide is a small town lying 23 kilometers north of Ieper, on the Ieper-Ostende road (N369). The Cemetery is located in the town centre on Woumenweg. Entering the town from the direction of Ieper on the N369 go past the sports hall and football ground and the communal cemetery is on the right. Entering the cemetery from the main entrance walk straight towards the crucifix. Take the third path on the right, followed by the first on the left followed by the second to the right.

Diksmuide Communal Cemetery contains three Commonwealth burials of the Second World War, one of which is unidentified. 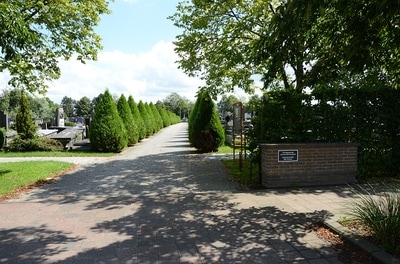 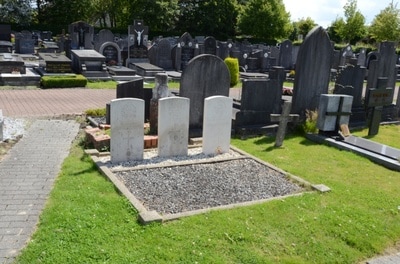 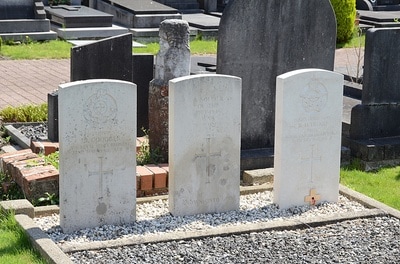 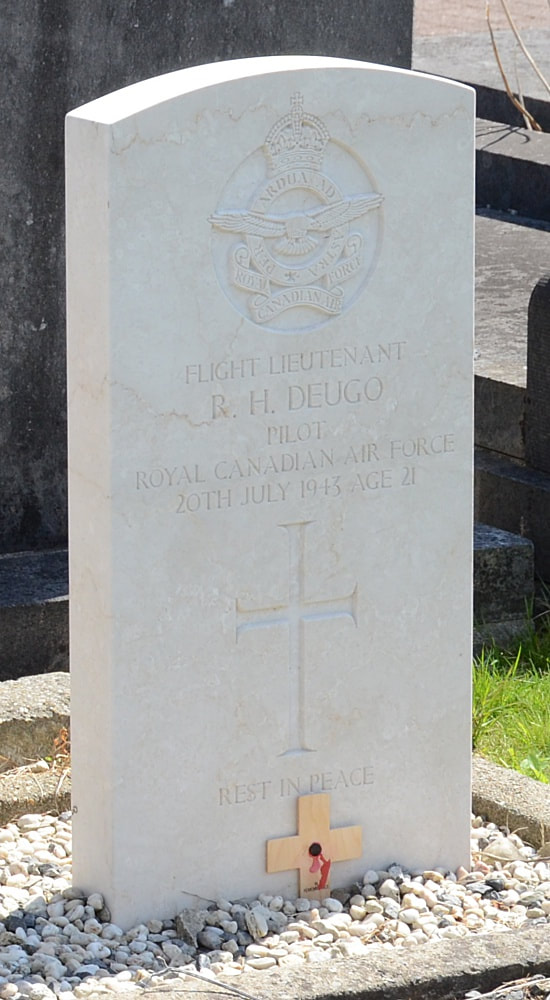 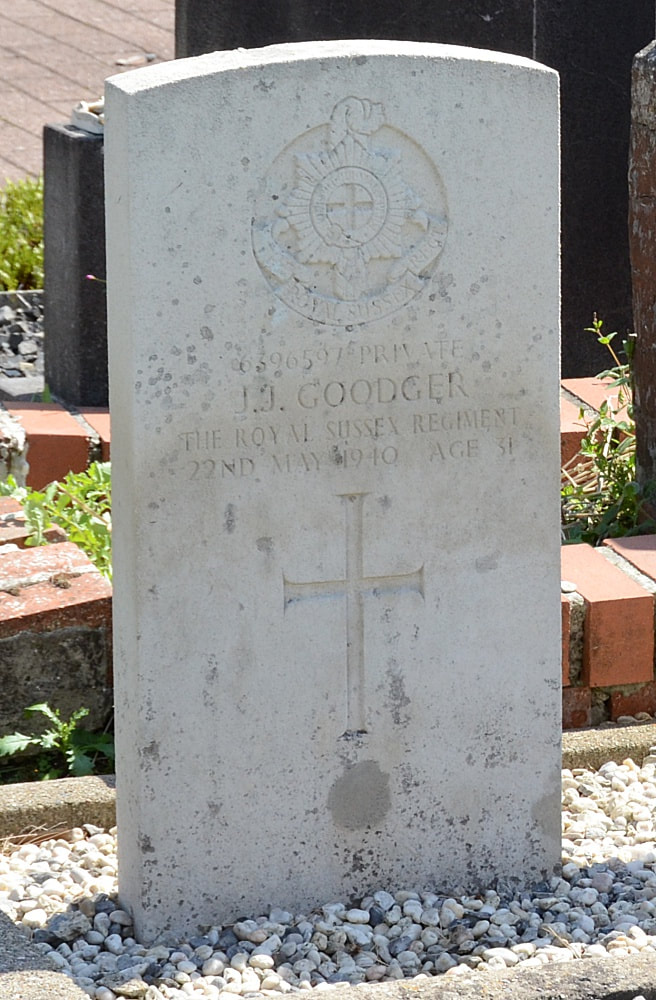 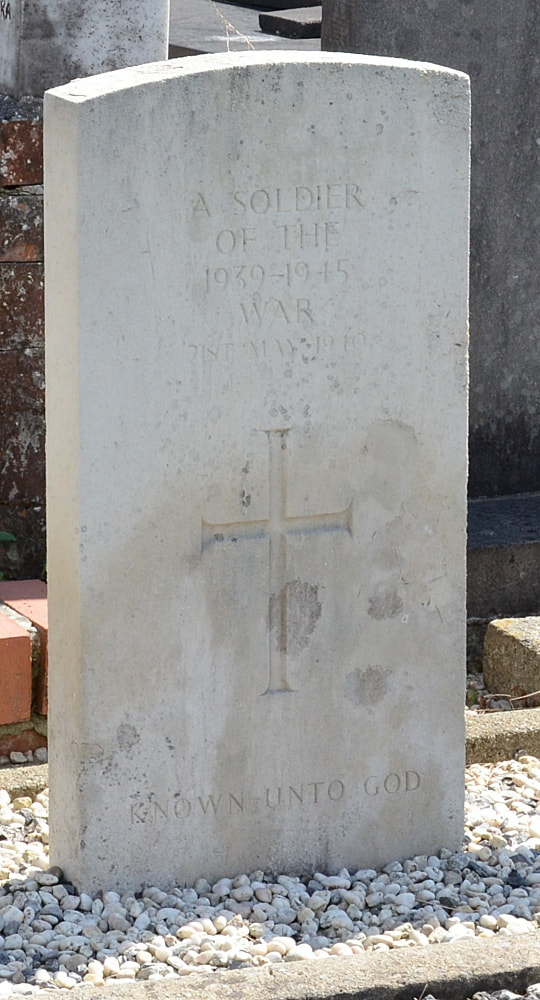 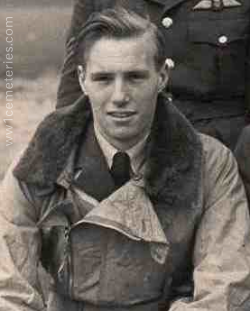 ​Son of Ira and Dorothy Deugo, of Pakenham, Ontario, Canada.

His headstone bears the inscription "Rest In Peace"
Other Burial Details 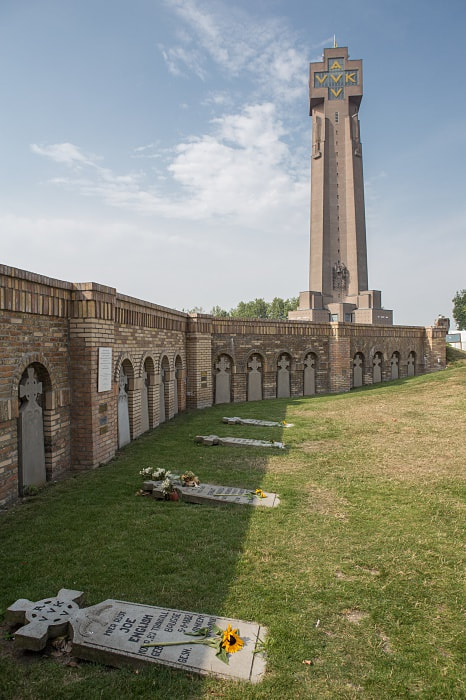 His father was an Irishman who married a Flemish woman. Later on, Joe was naturalised as a Belgian subject and collaborated closely with the Antwerp artist Juliaan Devriendt. Antwerp was at that time the centre of the Flemish Movement. In 1914, he was mobilised. At the end of 1915, he worked as an artist in Veurne, where he became a prominent front soldier. He designed the typical gravestones honouring the Flemish soldiers who died in the First World War. English died at the age of 36 from an untreated appendicitis in the military hospital L'Océan at Vinkem on the night of 31 August 1918. He was buried in the Belgian military cemetery at Steenkerke. The very first IJzerbedevaarttook place there at his sepulchre in 1920. In 1930, his corpse was placed in the crypt of the IJzertoren (the Yser Tower, named after the River Yser). Through his friend Sam De Vriendt, a number of English’s oil paintings and water colours, which depict Veurne during the war, were permanently exhibited in the town hall there.