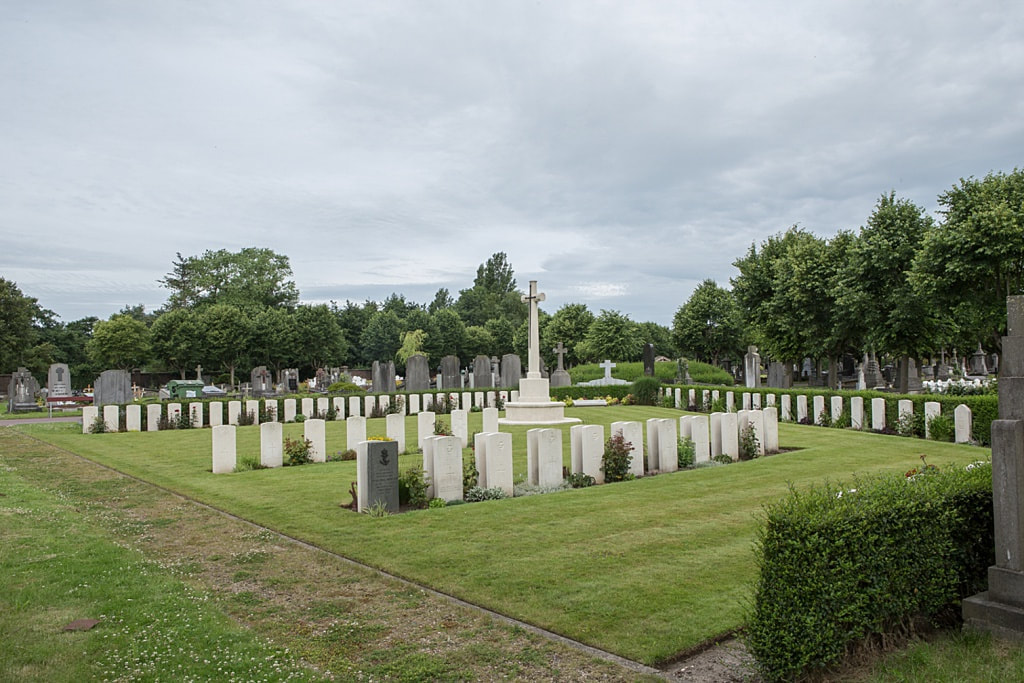 Blankenberge Town cemetery is located on the coast of Belgium, 4 km west from Zeebrugge and 20 km east of Oostende.

The Commonwealth plot in Blankenberge Town Cemetery contains 80 burials of the Second World War, 14 of them unidentified. Over half the graves are as a result of the sinking of H.M.L.S.T. 420, which was carrying Royal Air Force personnel, outside the port of Oostende on the 7th November 1944. The plot also contains three war burials of other nationalities and one non-war grave. Elsewhere in the cemetery, there are ten Commonwealth burials of the First World War.​ 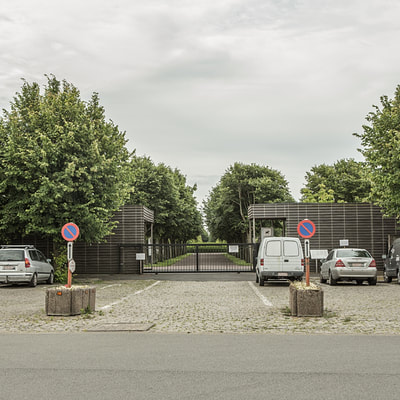 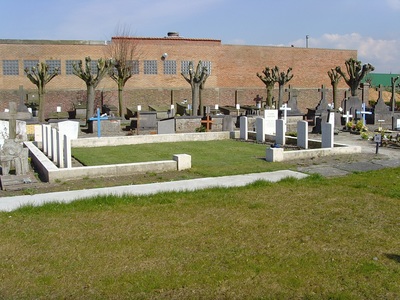 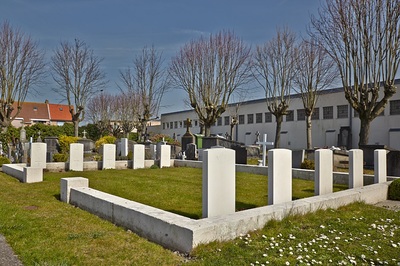 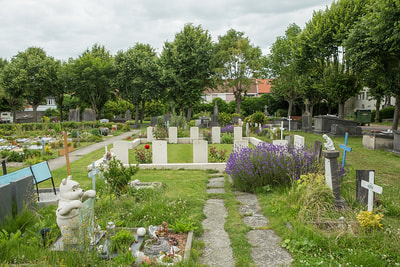 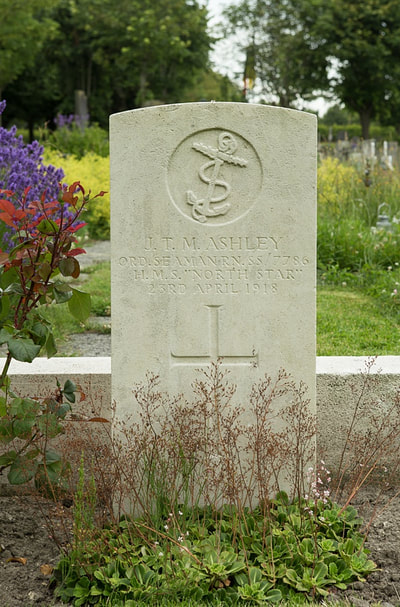 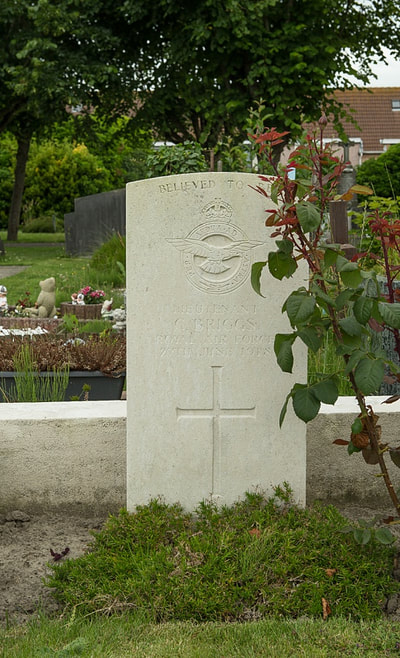 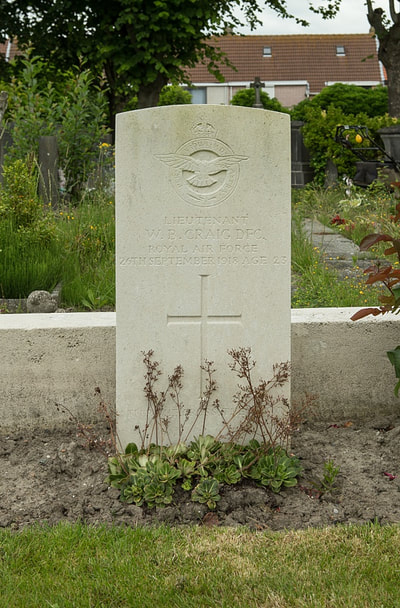 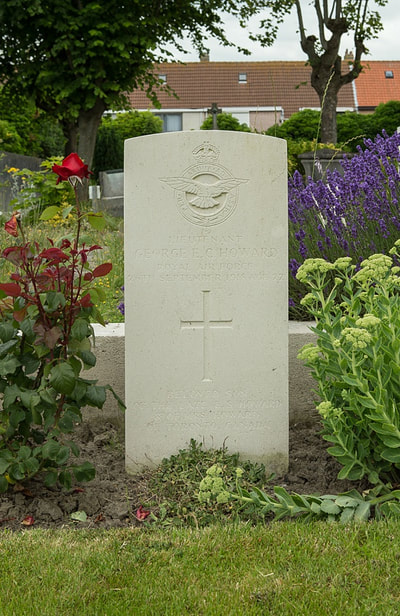 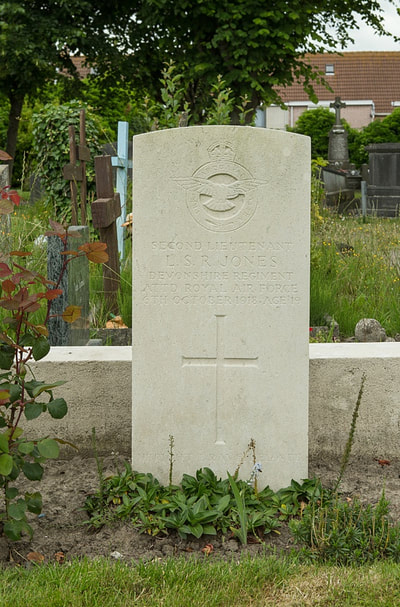 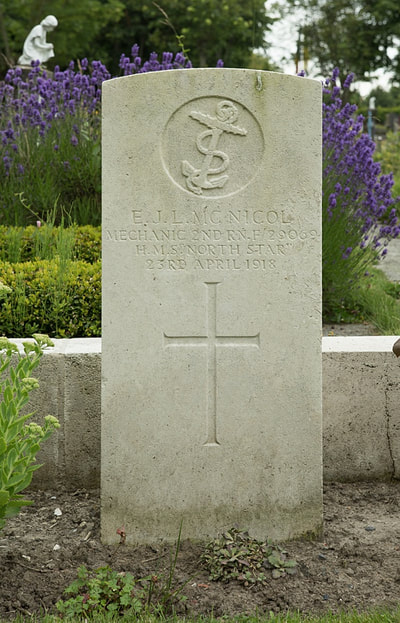 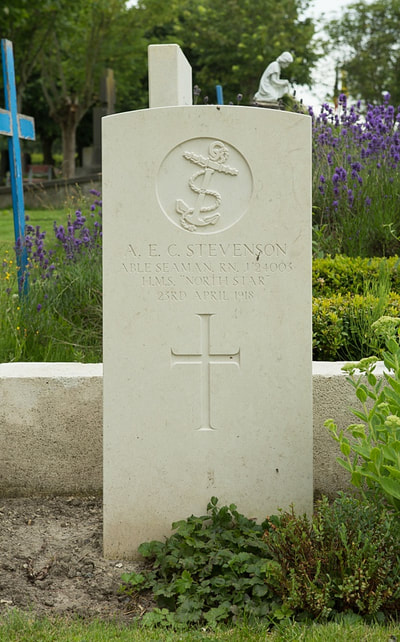 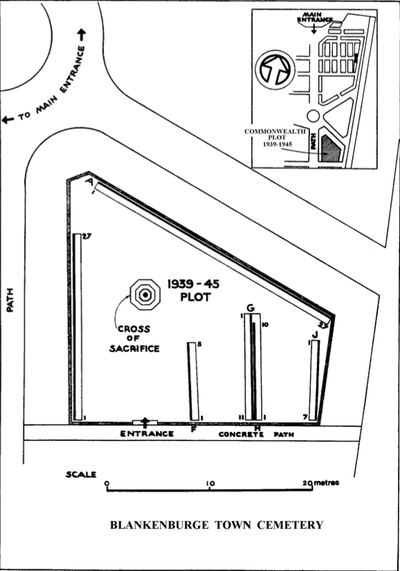 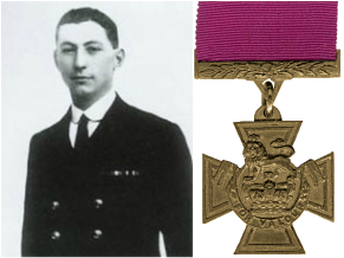 ​An extract from "The London Gazette," No. 31236, dated 14th March, 1919, records the following:-"For most conspicuous gallantry at Zeebrugge on the night of the 22nd-23rd April, 1918. This Officer was in command of the Naval Storming Parties embarked in '' Iris II.'' When '' Iris II '' proceeded alongside the Mole great difficulty was experienced in placing the parapet anchors owing to the motion of the ship. An attempt was made to land by the scaling ladders before the ship was secured. Lieutenant Claude E. K. Hawkings (late '' Erin '') managed to, get one ladder in position and actually reached the parapet, the ladder being crushed to pieces just as he stepped off it. This very gallant young officer was last seen defending himself with his revolver. He was killed on the parapet. Though securing the ship was not part of his duties, Lieut.-Commander Bradford climbed up the derrick, which carried a large parapet anchor and was rigged out over the port side; during this climb the ship was surging up and down and the derrick crashing on the Mole. Waiting his opportunity he jumped with the parapet anchor on to the Mole and placed it in position. Immediately after hooking on the parapet anchor Lieut.-Commander Bradford was riddled with bullets from machine guns and fell into the sea between the Mole and the ship. Attempts to recover his body failed. Lieut.-Commander Bradford''s action was one of absolute self-sacrifice; without a moment''s hesitation he went to certain death, recognising that in such action lay the only possible chance of securing '' Iris II '' and enabling her storming parties to land." 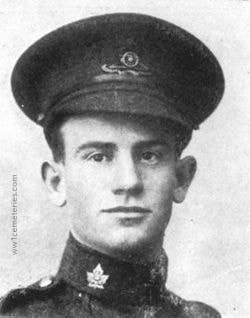 Son of Richard and Elizabeth Craig, of Smiths Falls, Ontario.

His headstone bears the inscription "After the Cross, The Crown" 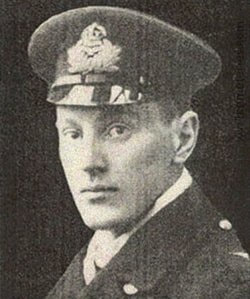 His headstone bears the inscription "Beloved Son Of The Late E. S. Howard & Of Mrs. Howard Of Toronto Canada"
​
​Other World War One Burials 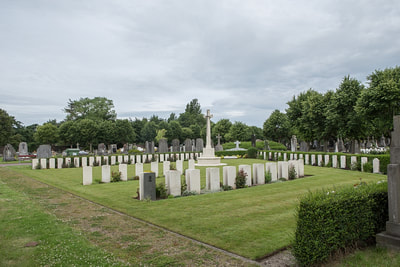 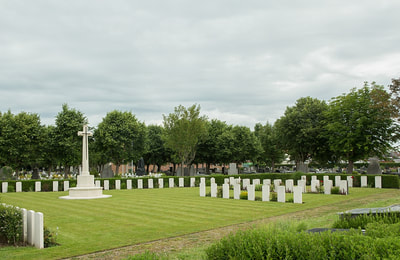 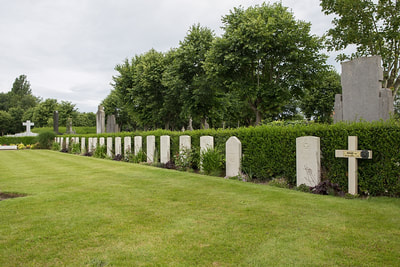 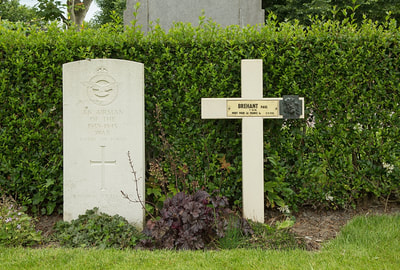 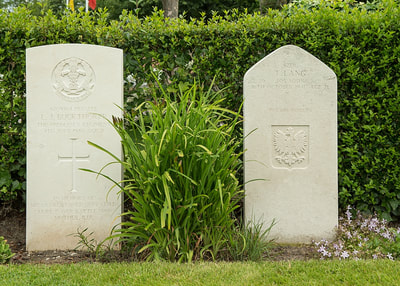 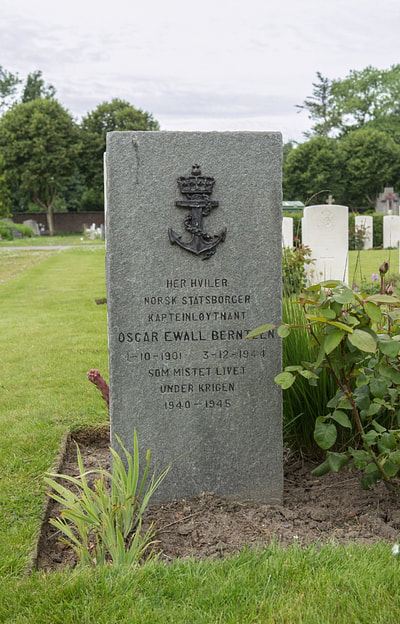 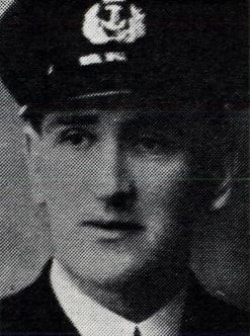 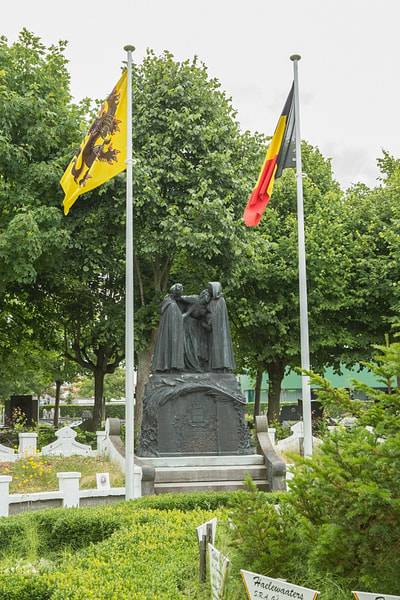 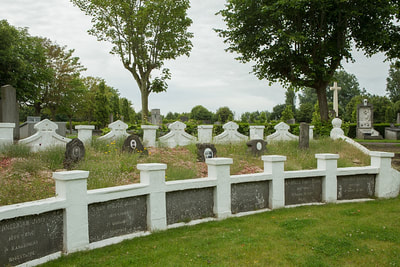 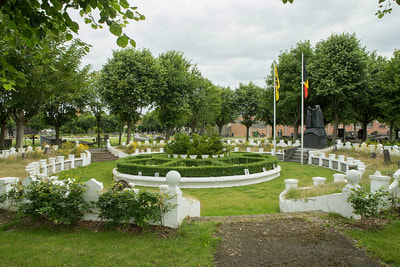