The cemetery is located east of the town of Turnhout off the E34 motorway which runs between Turnhout & Eindhoven. From Turnhout take junction 26, the N118. Turn left towards Arendonk and you come into the town on Koeistraat. Follow to the T junction with the church on the right hand corner. Turn left into Devalken and then 1st right into Kloosterbaan, the communal cemetery is past the 2nd turning on the right. The grave is located at the left hand side in the center of the cemetery. 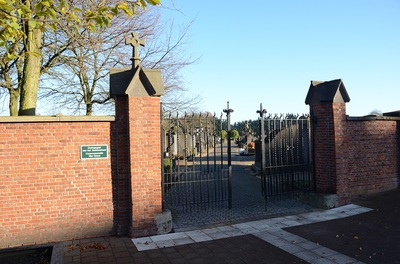 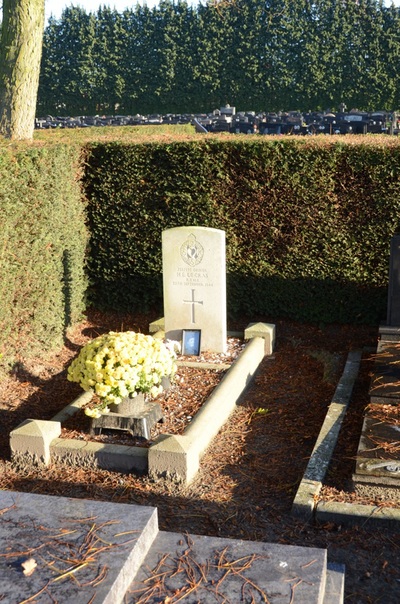 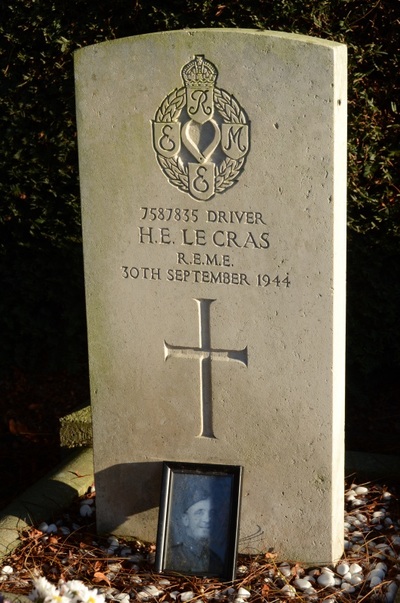