The village of Warnant is located north of the town of Dinant off the N971. From the motorway E411/A4 which runs between Namur and Luxembourg turn off at junction 15 onto the N90 direction Namur, follow the N90 to the junction with the N92, take the N92 direction Dinant. Follow the N92 along by the river to the town of Anhee and the junction with the N971. Turn onto the N971 direction Warnant, turn right at the sign into Warnant along Rue De La Gare and over the railway. Take the first turning left after the railway called Route De Bioul and the the first turning right called Rue De Quincay, the cemetery is along here on the right. The graves are located along the left hand wall. 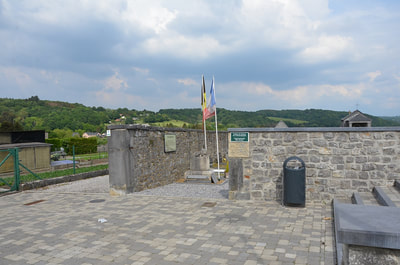 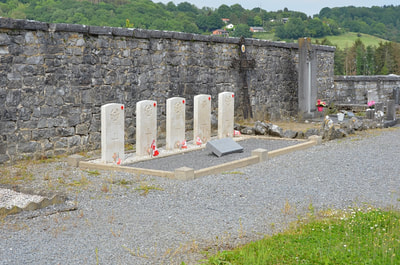 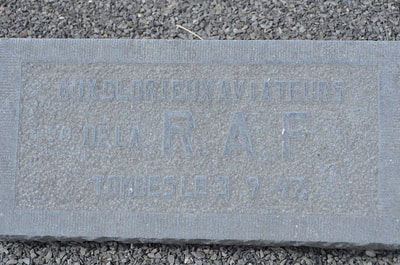 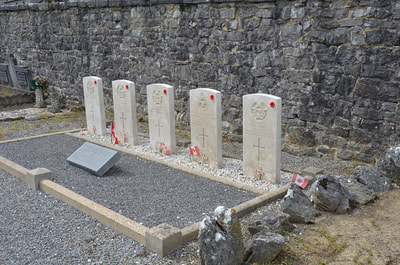 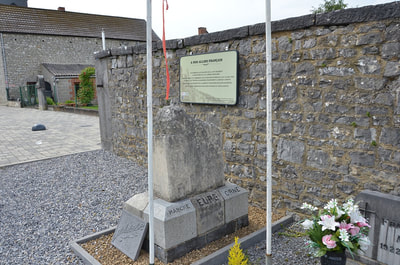 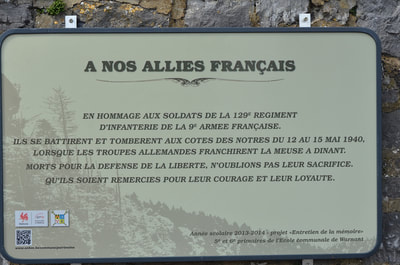 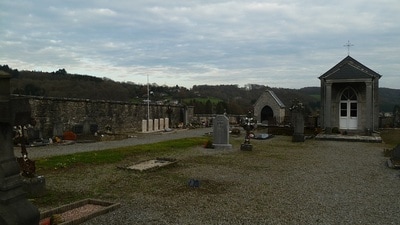 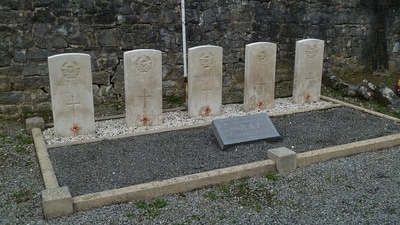 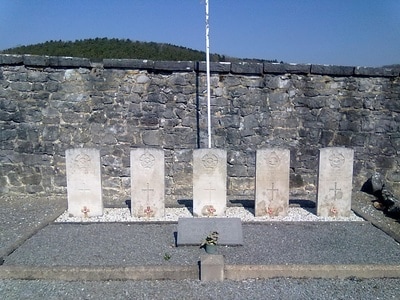 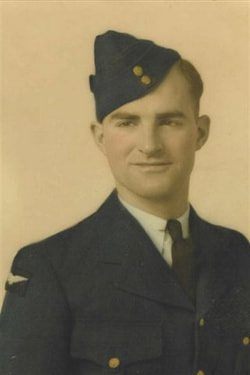 His headstone bears the inscription "He Gave His Life That We Might Live. Gone But Not Forgotten" 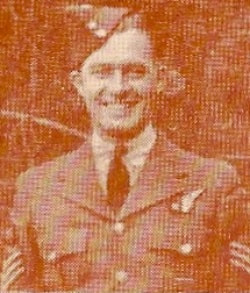 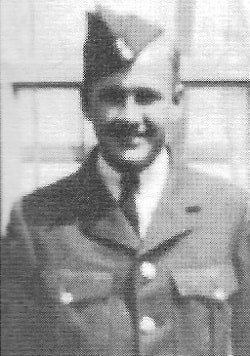 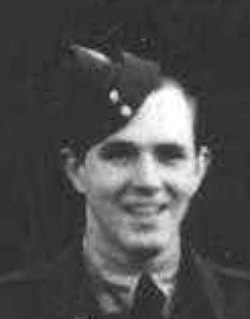 Son of William D. and Jennie A. Thompson of Oxford, Nova Scotia, Canada.

His headstone bears the inscription "In Loving Memory Of Our Dear Son Harry, Who Gave His Life For His Country" 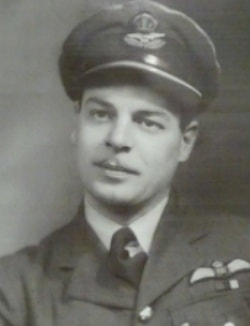 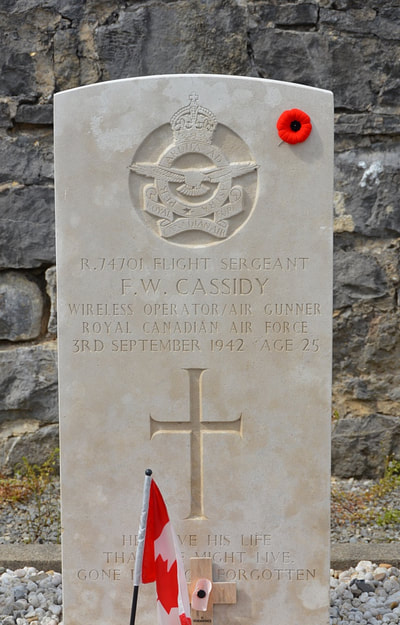 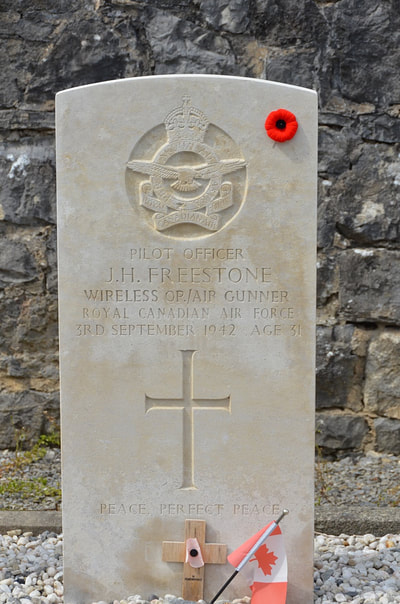 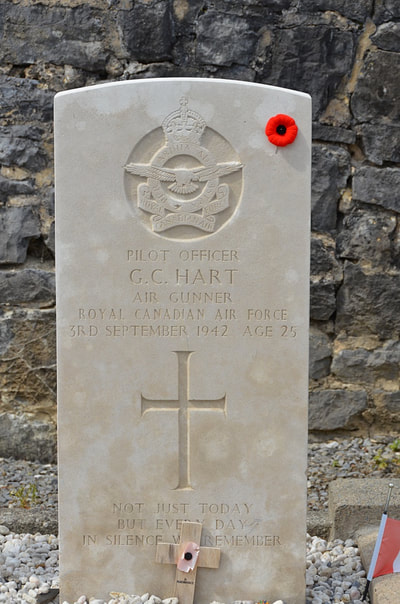 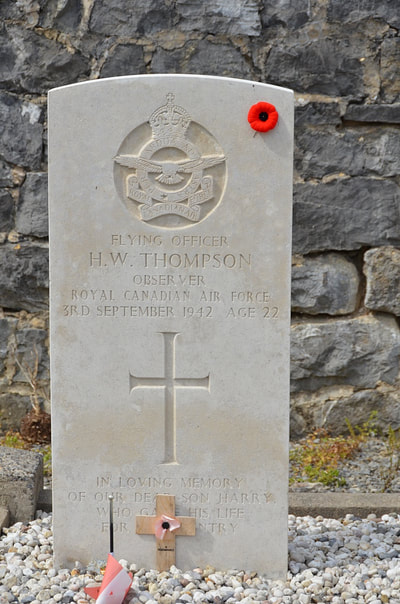 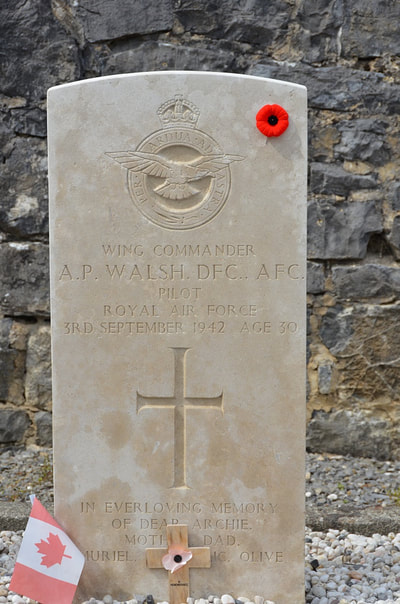