Vatteville-la-Rue is a village and commune on the south bank of the River Seine, 40 kilometres east of Le Havre and 6 kilometres south-west of Caudebec, which is on the north bank of the river. The three British graves in the churchyard are north of the church tower.

3244339 Lance Serjeant Charles Rutherford McIlhargey, 8th Bn. The Parachute Regiment, A. A. C. Died between 25th August 1944 and 27th August 1944, aged 29. Son of Patrick and Christine McIlhargey; husband of Winifred Mary McIlhargey, of Langport, Somerset. His headstone bears the inscription "We Smile With The World But Never Forget, Deep In Our Hearts His Memory Is Kept" 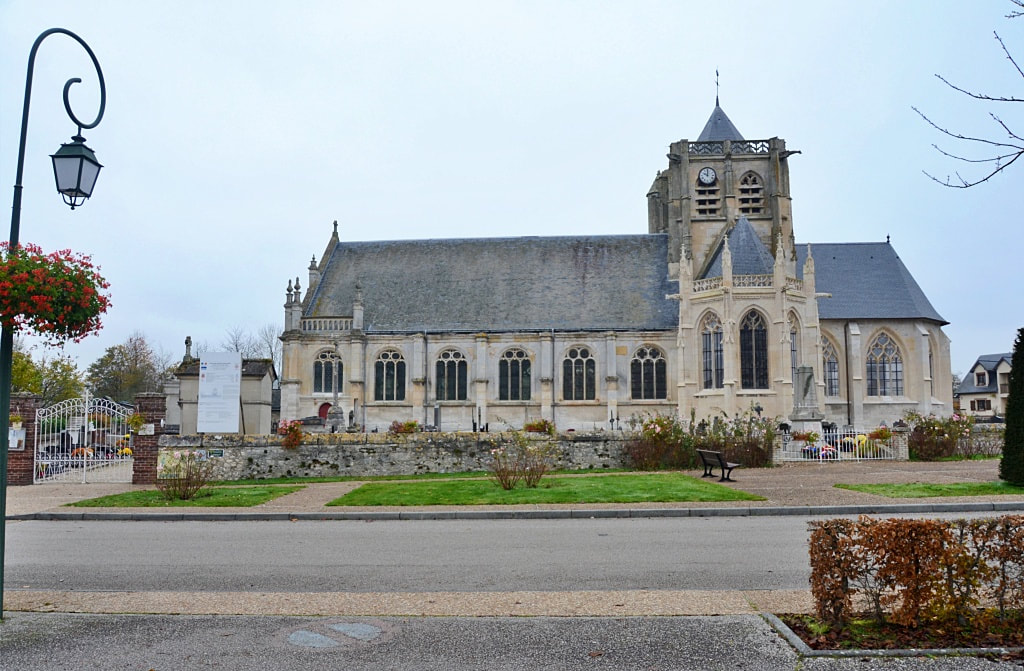 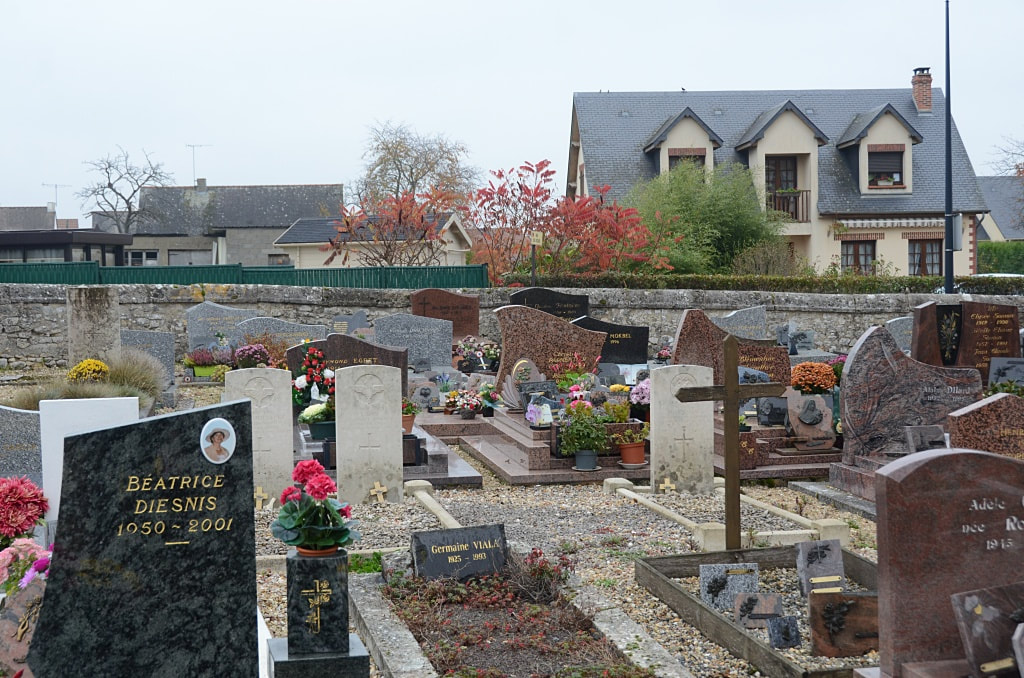 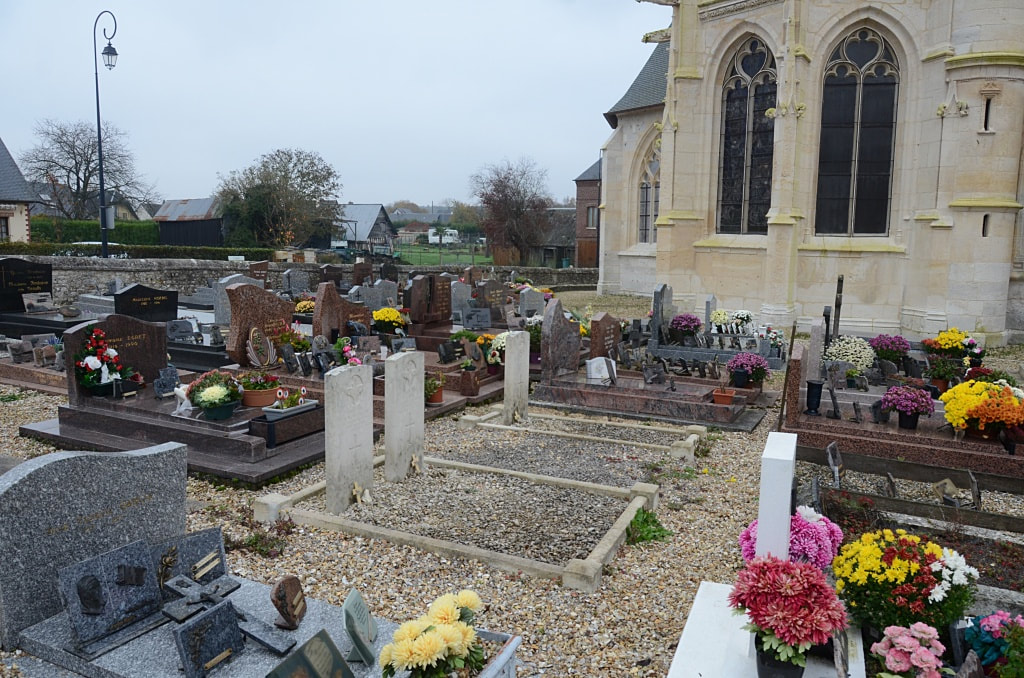 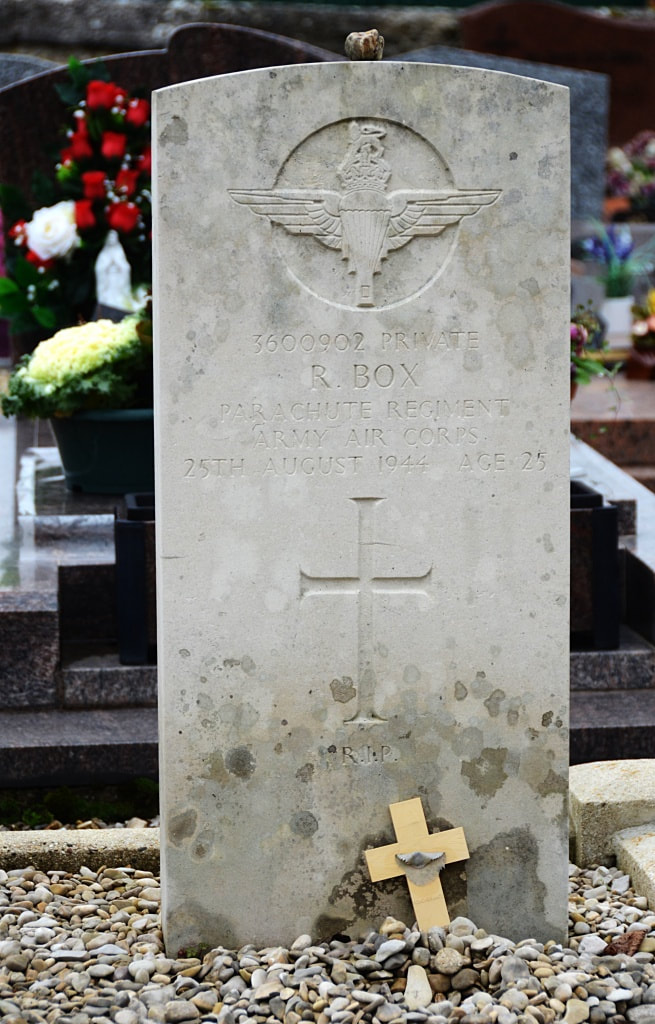 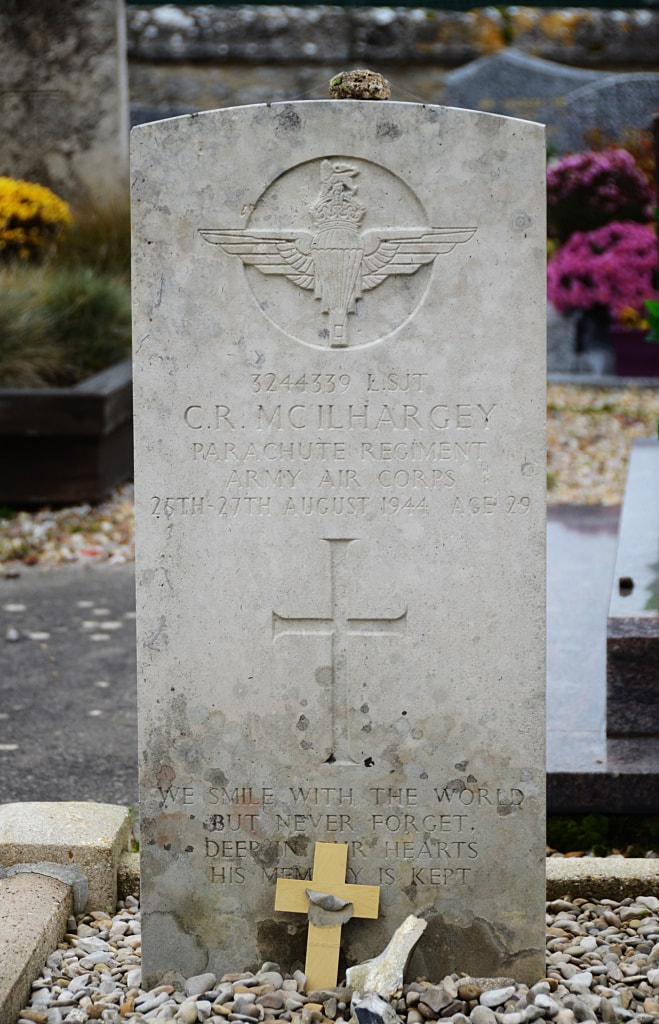 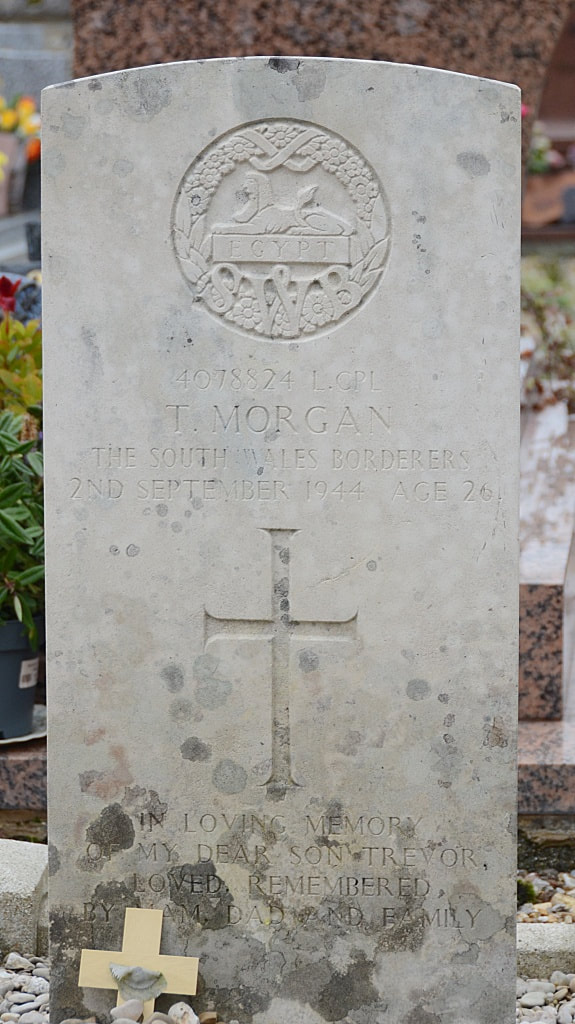