The village of Tilff is located south of the town of Liège on the N633. From the motorway E40 which runs between Brussel and Aachen turn off at the junction with the E25/A25 and follow the E25 direction Liège. Turn off the E25 at junction 41 onto the N633 direction Tilff, in Tilff follow the N633 Direction Esneux along by the river, this road is called Avenue Des Ardennes and the cemetery is along here on the left. The graves are located on the right hand side in row U. 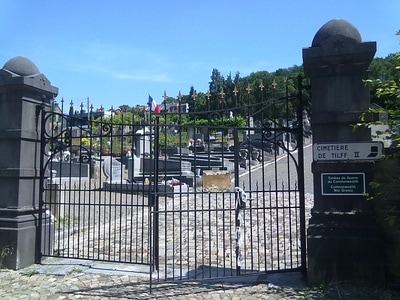 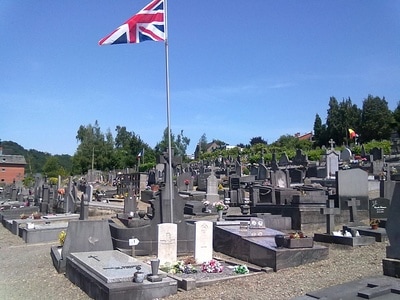 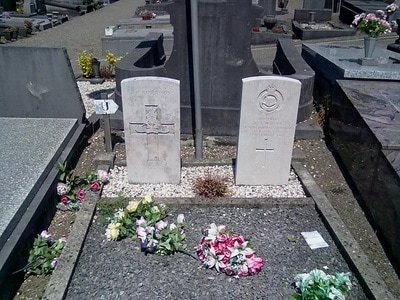 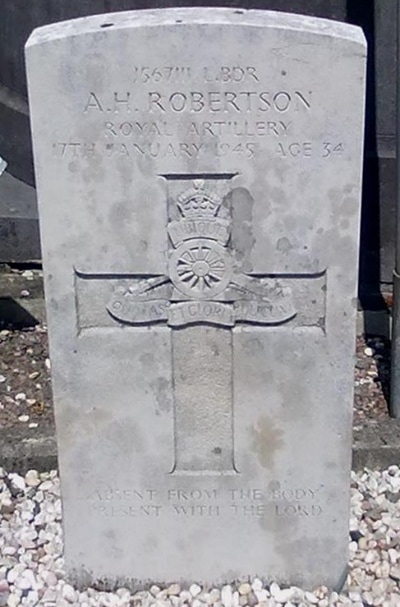 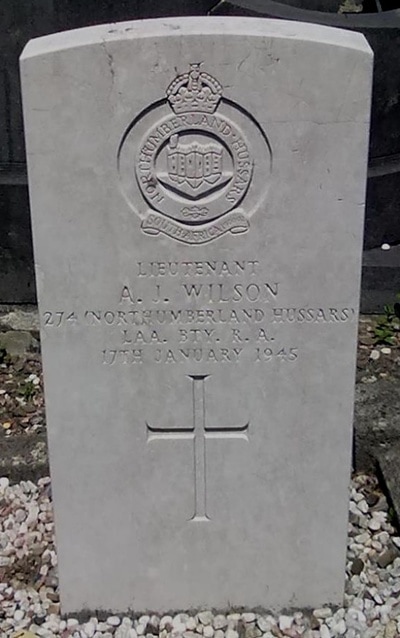 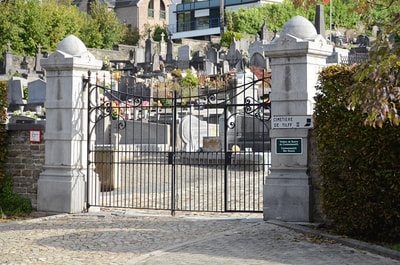 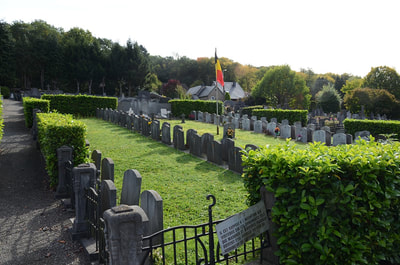 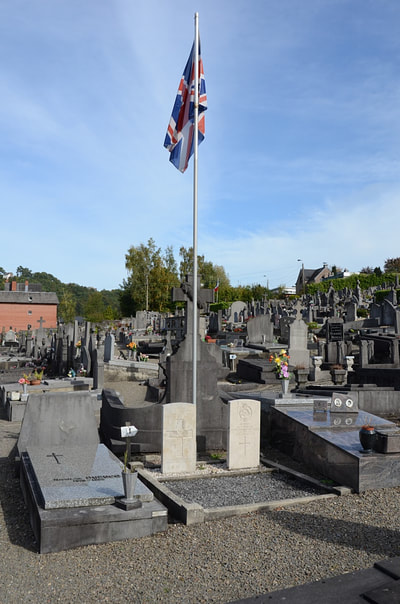 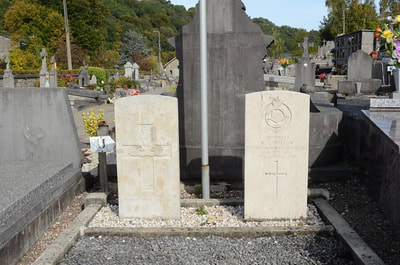 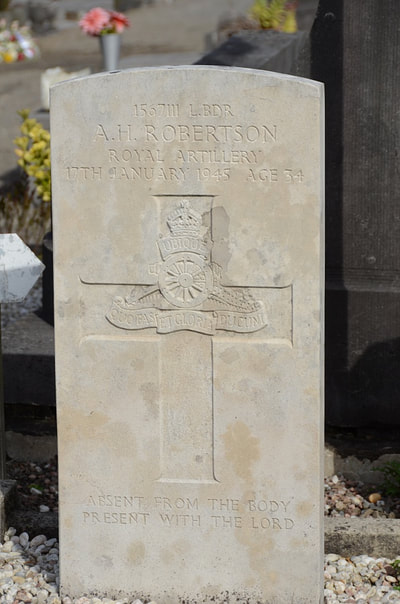 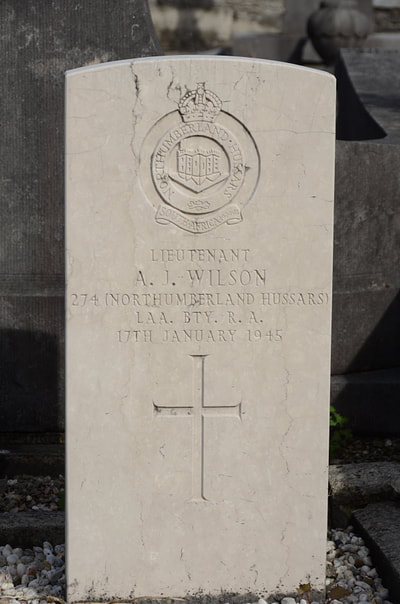