From Ieper the N8 passes through Menen, Wevelgem and Kortrijk. The N8 continues towards Zwevegem on the Kortrijkstraat. On reaching Zwevegem the left hand turning at the village square leads onto Harelbeekstraat. The road name then changes to Beneluxlaan and after passing under the E 17 reaches Stasegem.

The cemetery itself is located after turning left at the T junction at the end of the Beneluxlaan onto the Steenbrugstraat. 1 kilometre along this road lies the right hand turning onto the Groendreef. The cemetery is located 50 metres along this lane on the left hand side of the lane.

Stasegem Communal Cemetery contains 23 Commonwealth burials of the First World War, all made in October and November 1918 by the 29th Division Burial Officers. There is also one burial from World War Two commemorated here. 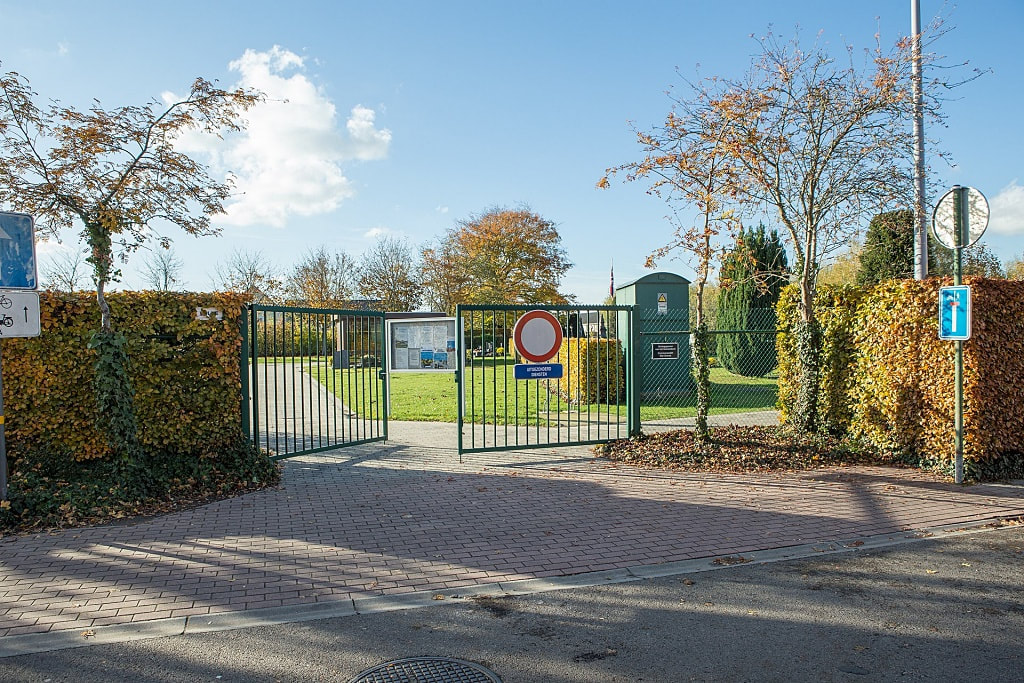 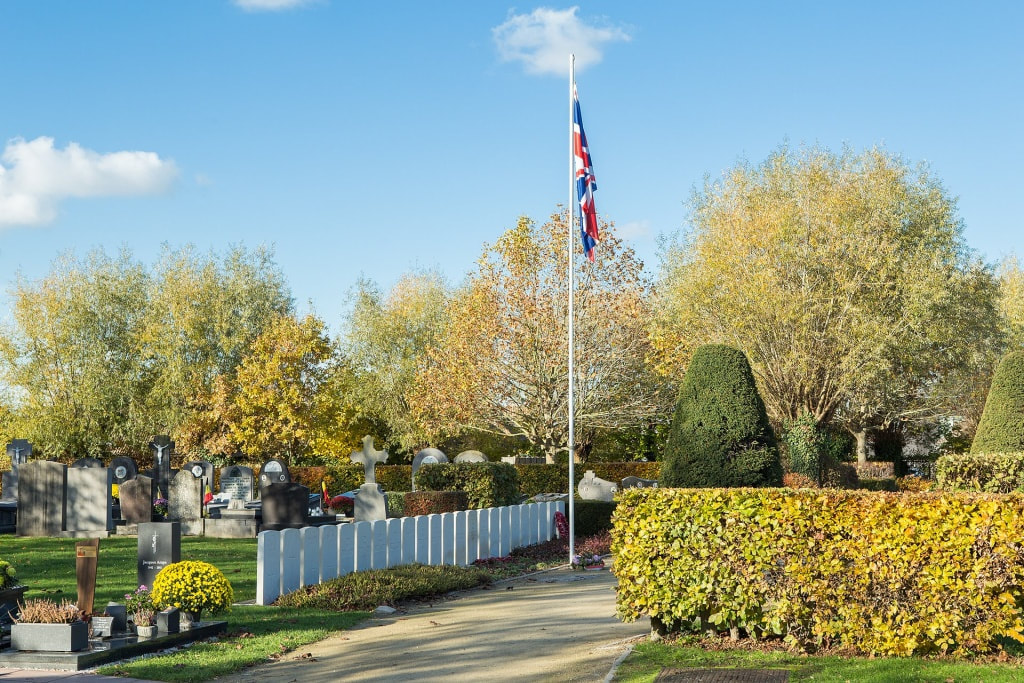 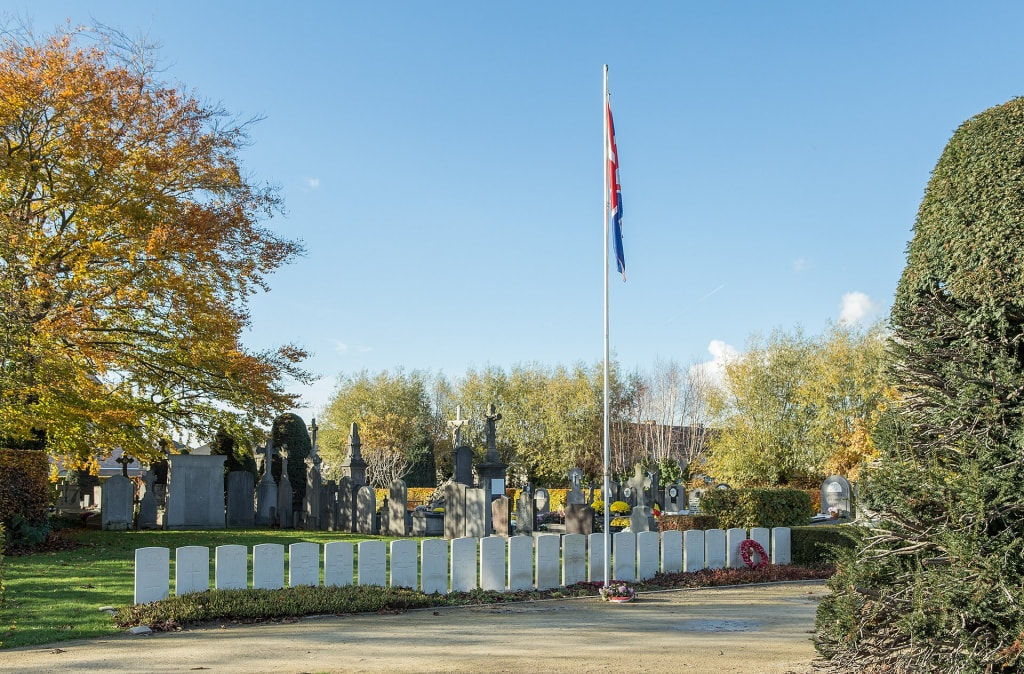 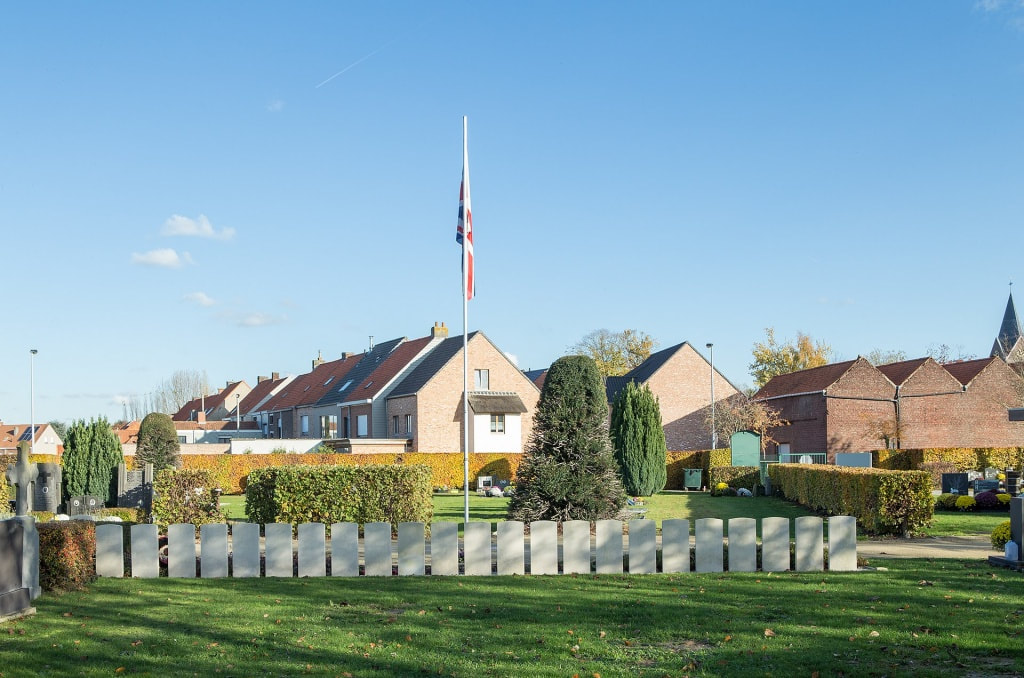 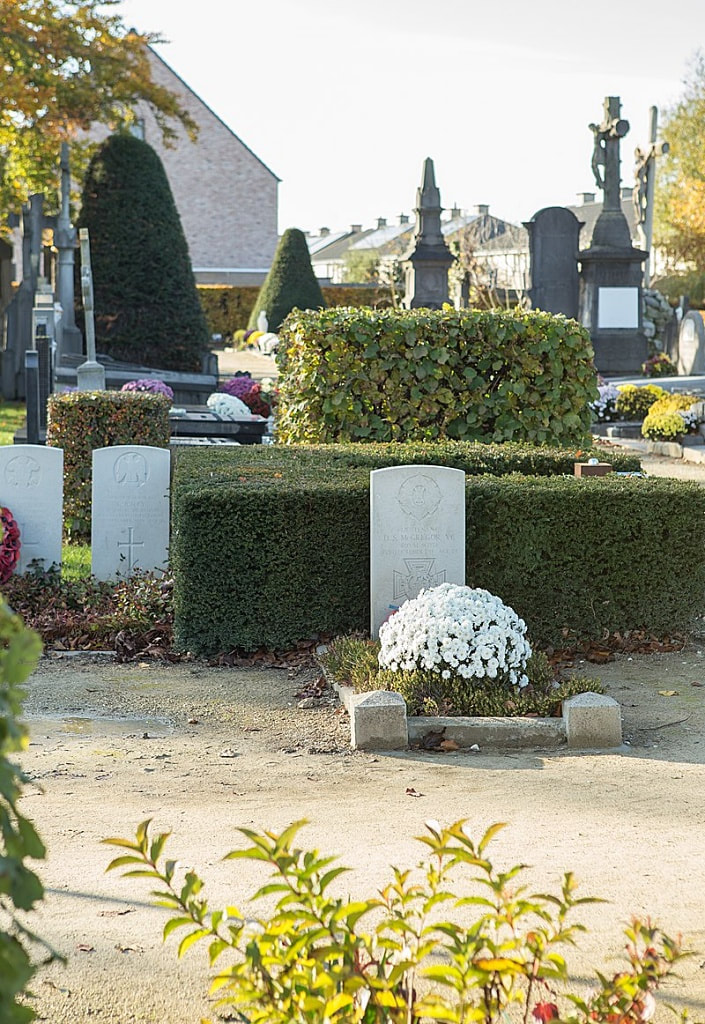 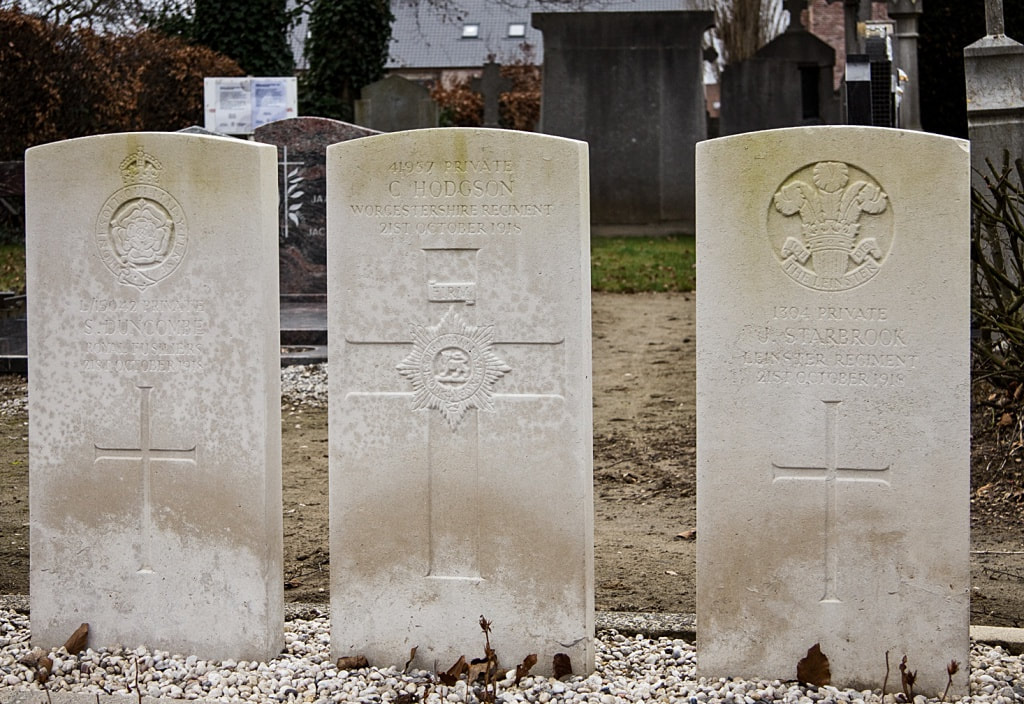 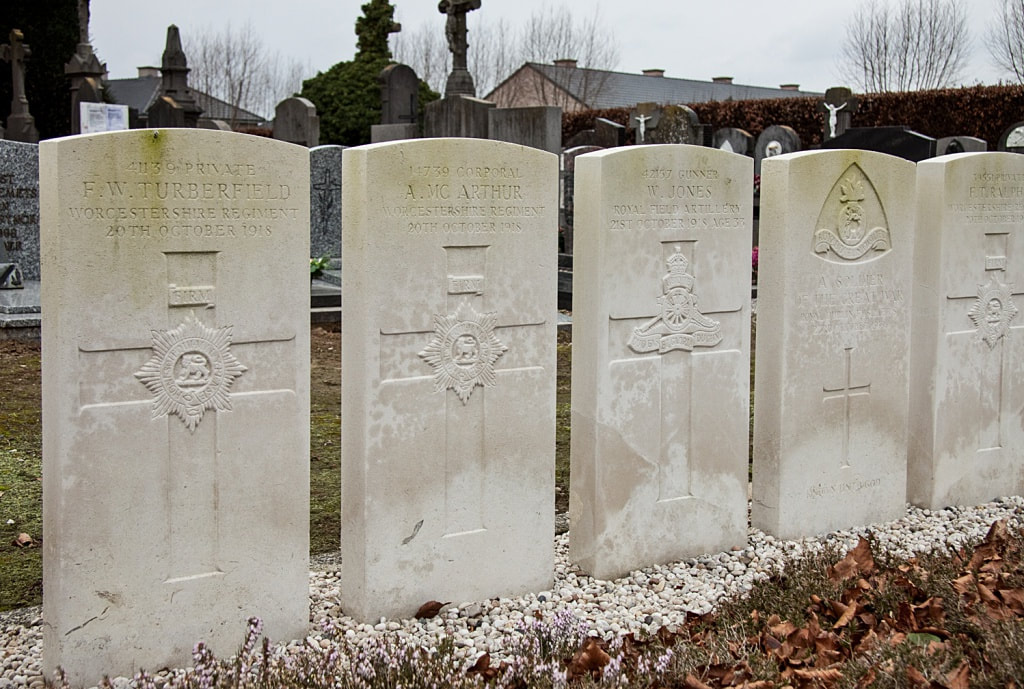 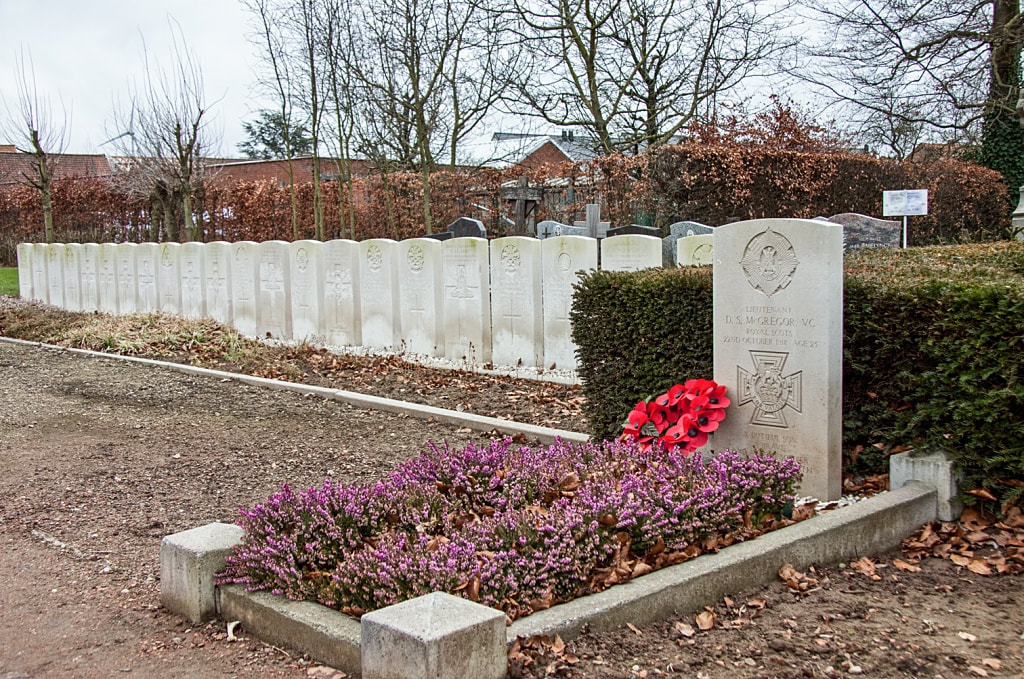 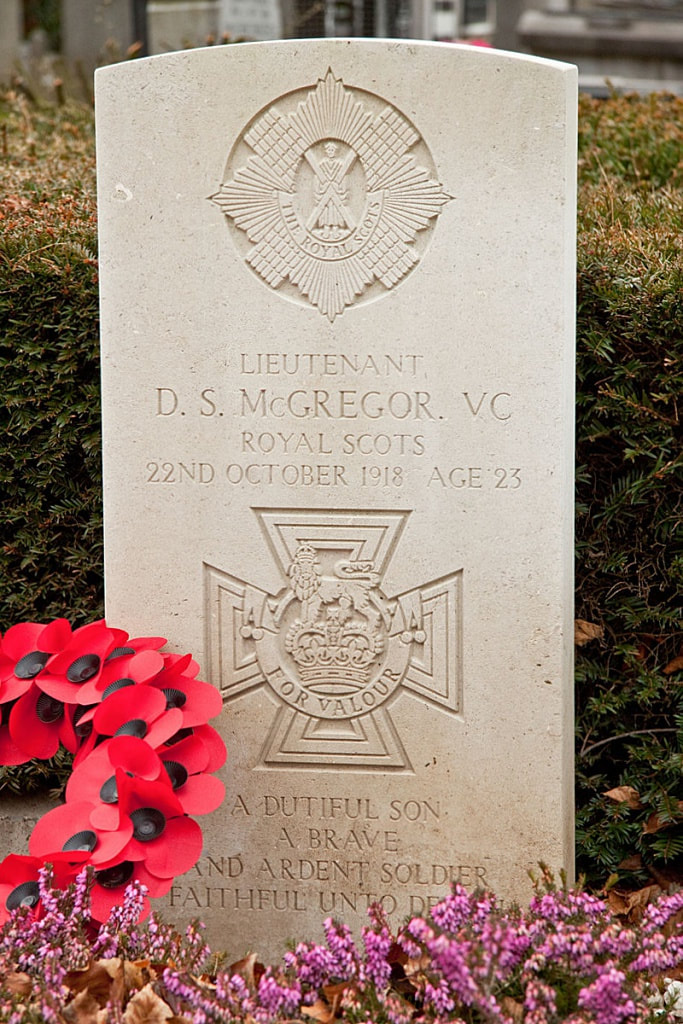 An extract from "The London Gazette," dated 13th December, 1918, records the following:-"For most conspicuous bravery and devotion to duty near Hoogmolen on 22nd of October, 1918, when in command of a section of machine guns attached to the right flank platoon of the assaulting battalion. Immediately the troops advanced they were subjected to intense enfilade machine-gun fire from Hill 66 on the right flank. Lt. McGregor fearlessly went forward and located the enemy guns, and realised that it was impossible to get his guns carried forward either by pack or by hand without great delay, as the ground was absolutely bare and fire swept. Ordering his men to follow by a more covered route, he mounted the limber and galloped forward under intense fire for about 600 yards to cover. The driver, horses and limber were all hit, but Lt. McGregor succeeded in getting the guns into action, effectively engaging the enemy, subduing their fire, and enabling the advance to be resumed. With the utmost gallantry he continued to expose himself in order to direct and control the fire of his guns, until, about an hour later, he was killed. His great gallantry and supreme devotion to duty were the admiration of all ranks." 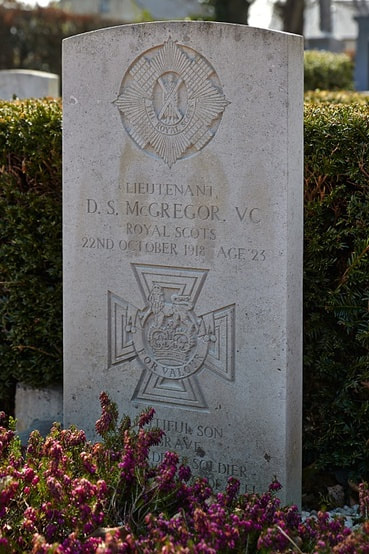 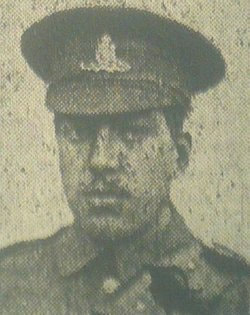 His headstone bears the inscription "Rest In Peace, Amen Father And Mother" 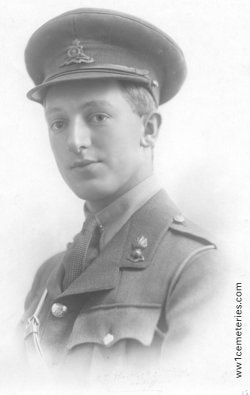 His headstone bears the inscription "Faithful Unto Death" 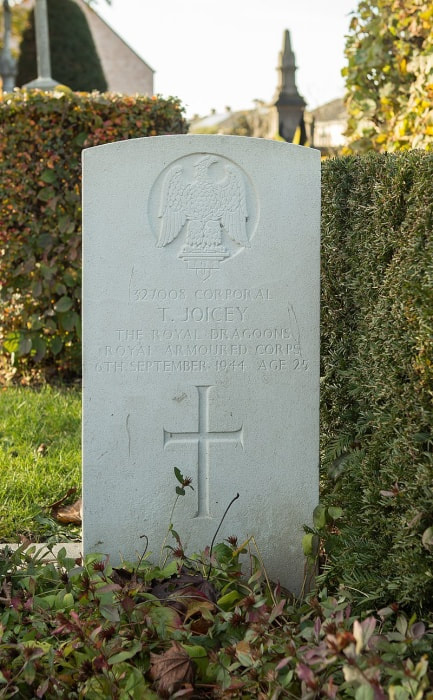 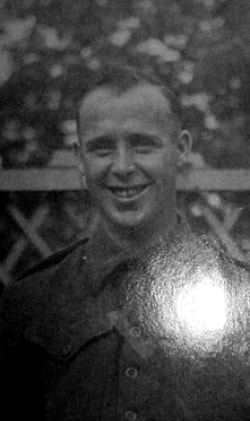