St. Aubin-le-Cauf is a village and commune 5.50 miles (9 kilometres) south-east of Dieppe, on the D.l road from Dieppe to Neufchatel-en-Bray. There is a bus service to and from Dieppe. In the churchyard, near the south-west corner of the church, is the joint grave of 2 Canadian airmen. 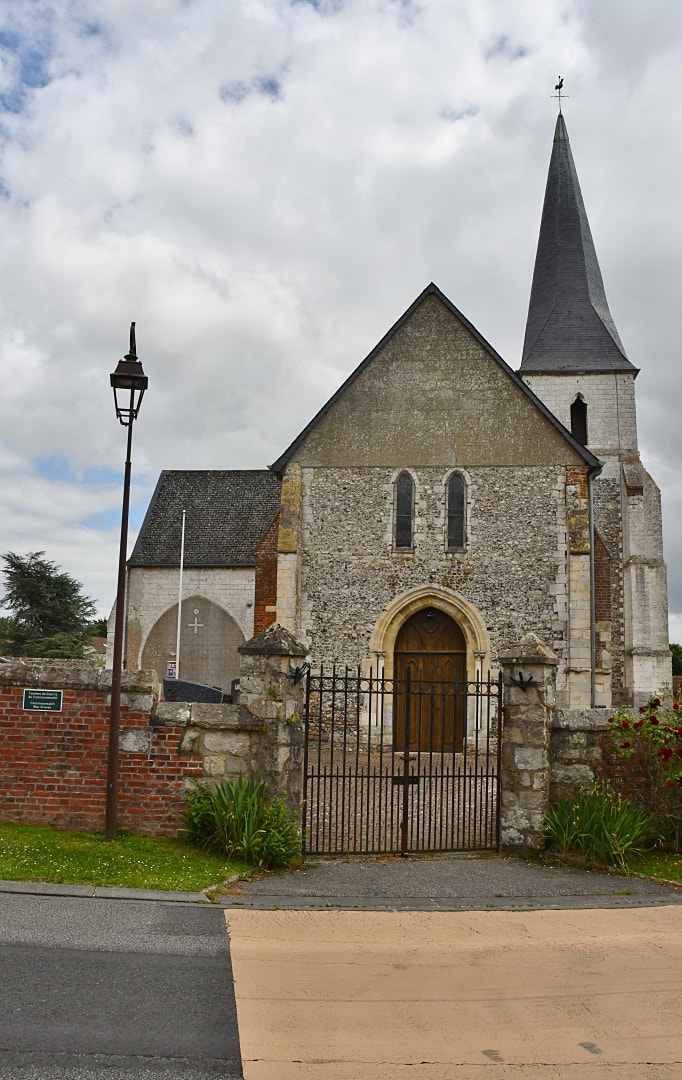 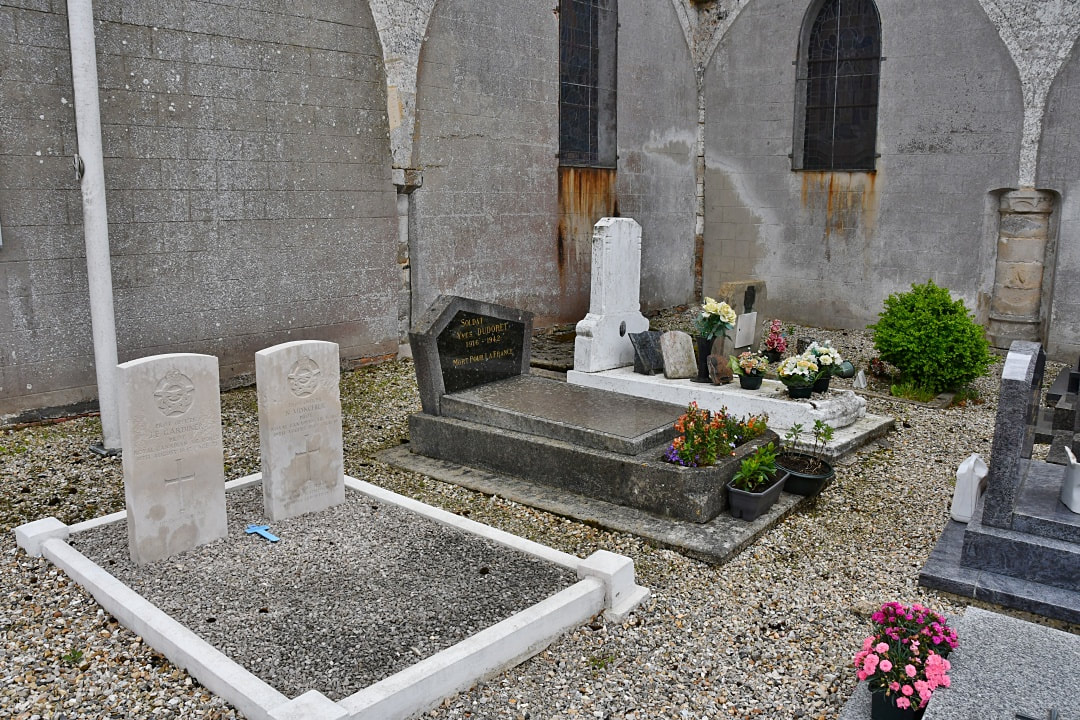 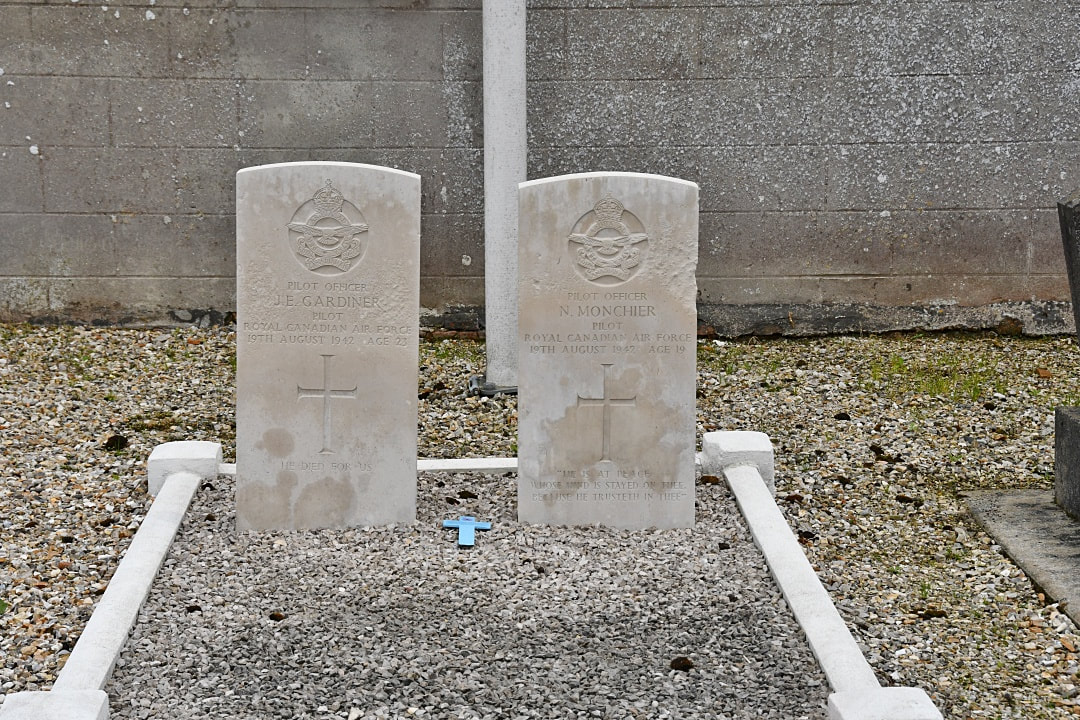 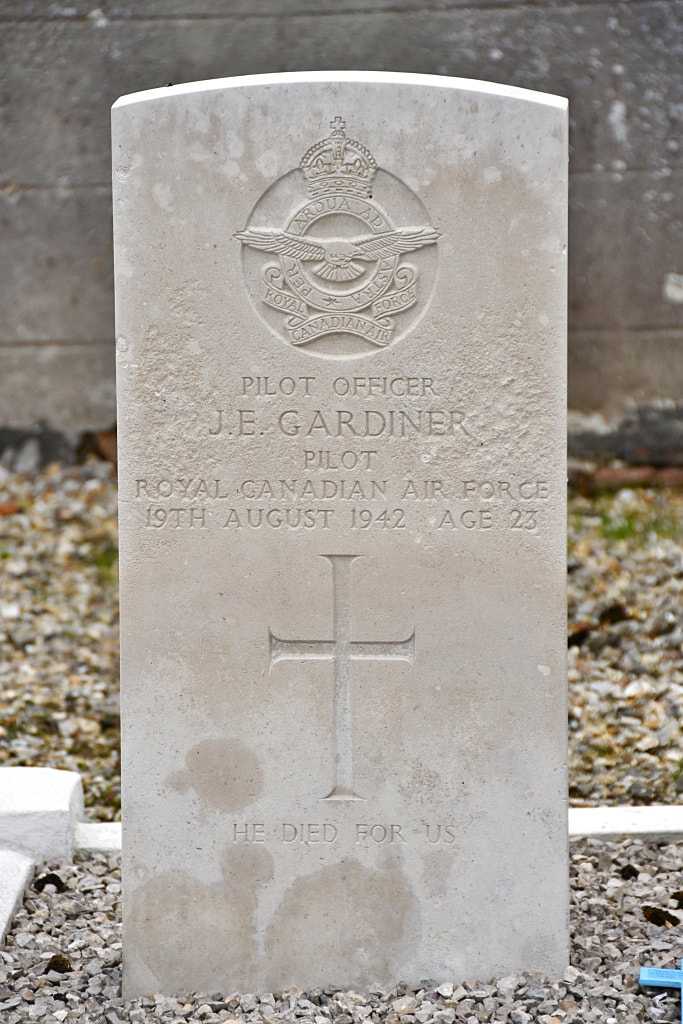 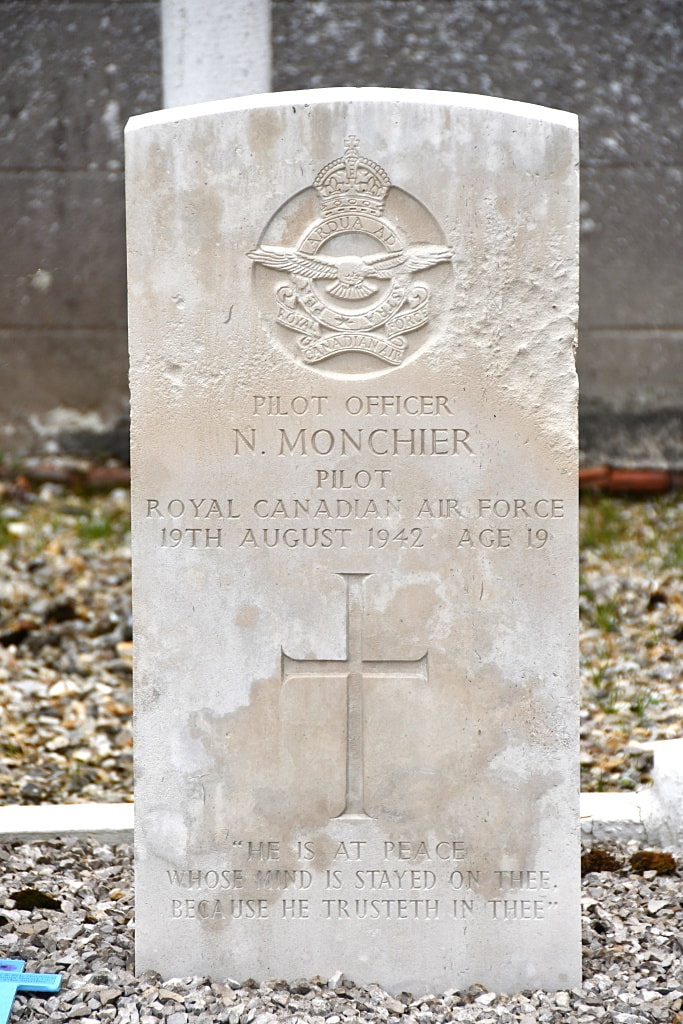 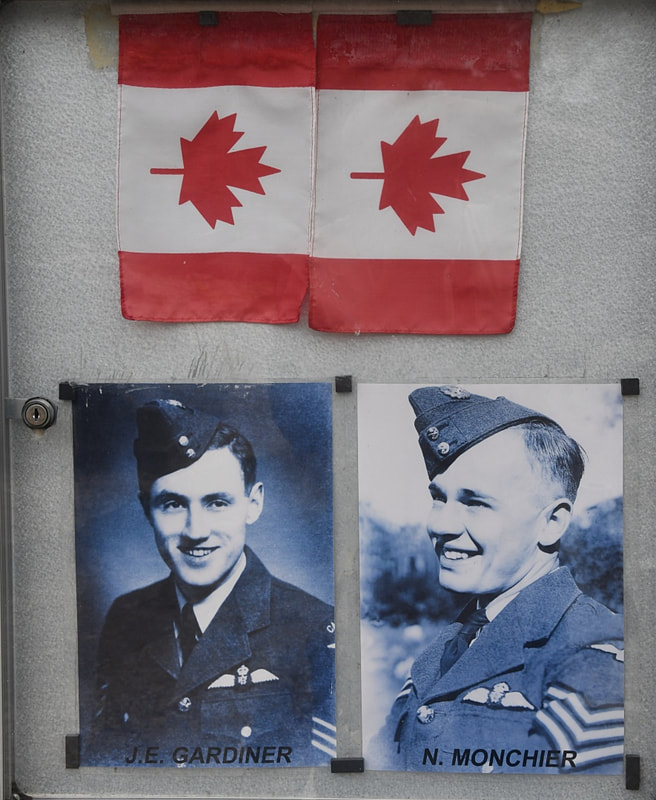 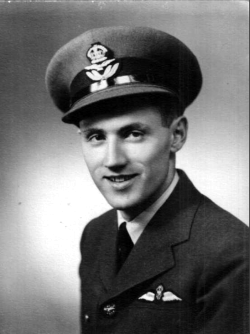 His headstone bears the inscription "He Died For Us" 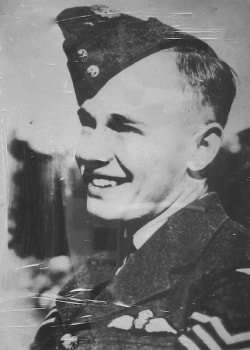 His headstone bears the inscription "He Is At Peace Whose Mind Is Stayed On Thee, Because He Trusteth In Thee"