The community of St-Amandsberg is located east of the city of Gent off the N70. From the motorway E17, which runs between Kortrijk and Antwerp, turn off at junction 11 onto the ring R4, direction Zelzate. Follow this road to the junction with the N445 and turn onto the N445, direction Gent. Follow this road to the first large crossroads just before the sportshall and turn right into Adolf Baeyensstraat. Follow this road over the crossroads to the T junction and turn right into Antwerpsesteenweg, past the church on the left and turn first left into Verkortingstraat. The entrance nearest the CWGC plot is the second entrance along here. 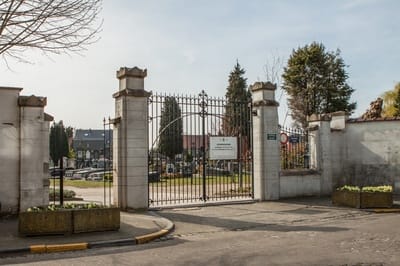 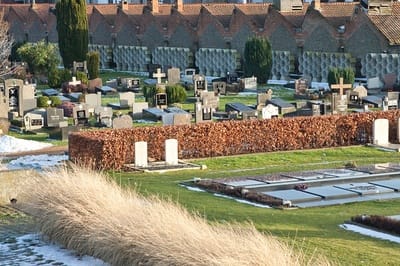 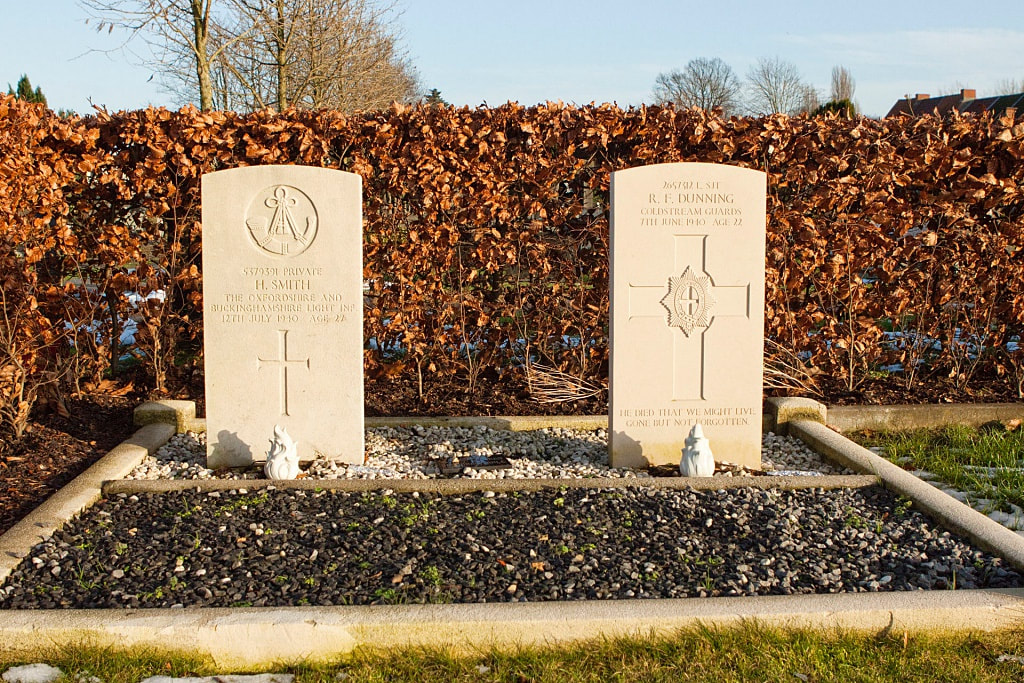 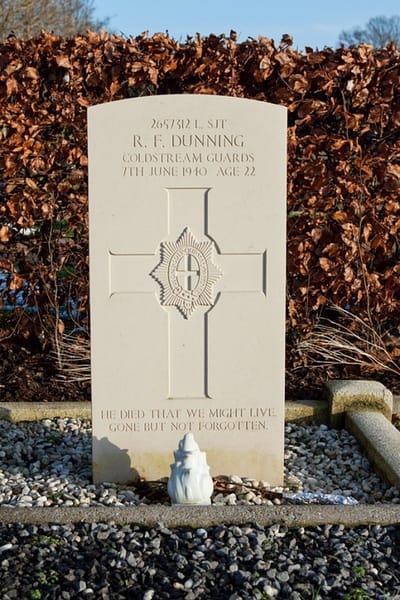 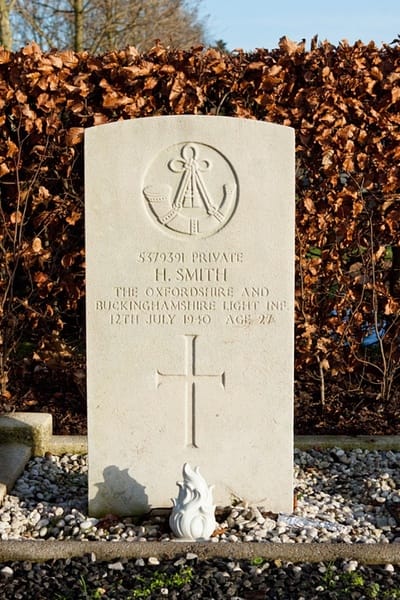