Sougé-sur-Braye is a village 49 kilometres north-west of Blois and 24 kilometres west of the town of Vendôme. The communal  cemetery is east of the village about 100 metres from the church on the D.917 road to Montoire and Vendôme.

​There are 4 Commonwealth burials of the 1939-1945 war here, south of the entrance against the rear wall. 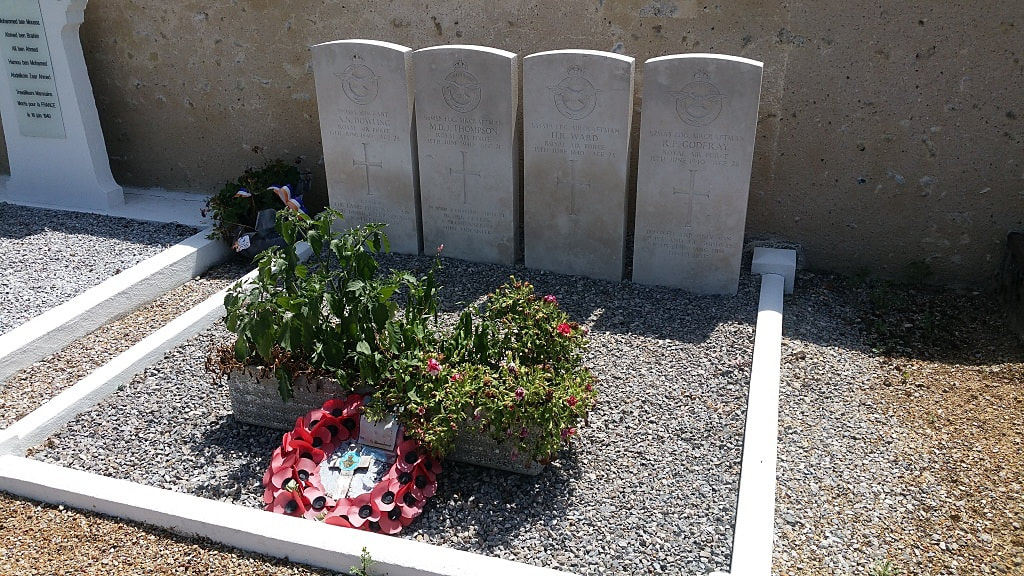