Sigy-en-Bray is a village and commune 31 kilometres east-north-east of Rouen; 10 kilometres north of La Feuillie, a village 33 kilometres east of Rouen on the N.30 road from Rouen to Gournay-en-Bray; and 2 kilometres west of Argueil, which is a village on the N.321 road from La Feuillie to Forges-les-Eaux. The communal cemetery is north-east of the village, on the south-east side of the road to La Ferte, and is some 400 metres from Sigy-en-Bray church. Near the centre of the south-east boundary hedge are the graves of soldiers of the British army.

The main gate is closed with a padlock but access to the war graves is via a small gate which is closed but never locked.

6456486 Fusilier Andrew Miller, Royal Fusiliers (City of London Regiment) attached to Auxiliary Military Pioneer Corps, died 8th June 1940, aged 30. Son of Joseph and Alice Elizabeth Miller, of Canning Town, Essex; husband of Lily Florence Miller, of Canning Town. His headstone bears the inscription "He Died That Other May Live; Let Us Hope It Was Not In Vain. Rest In Peace" 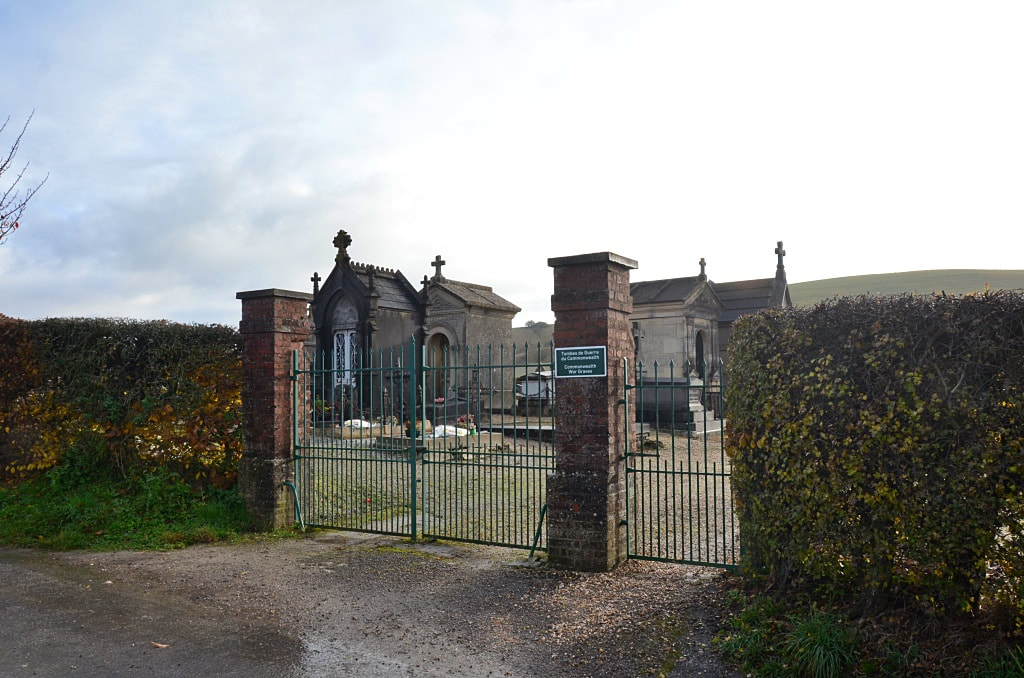 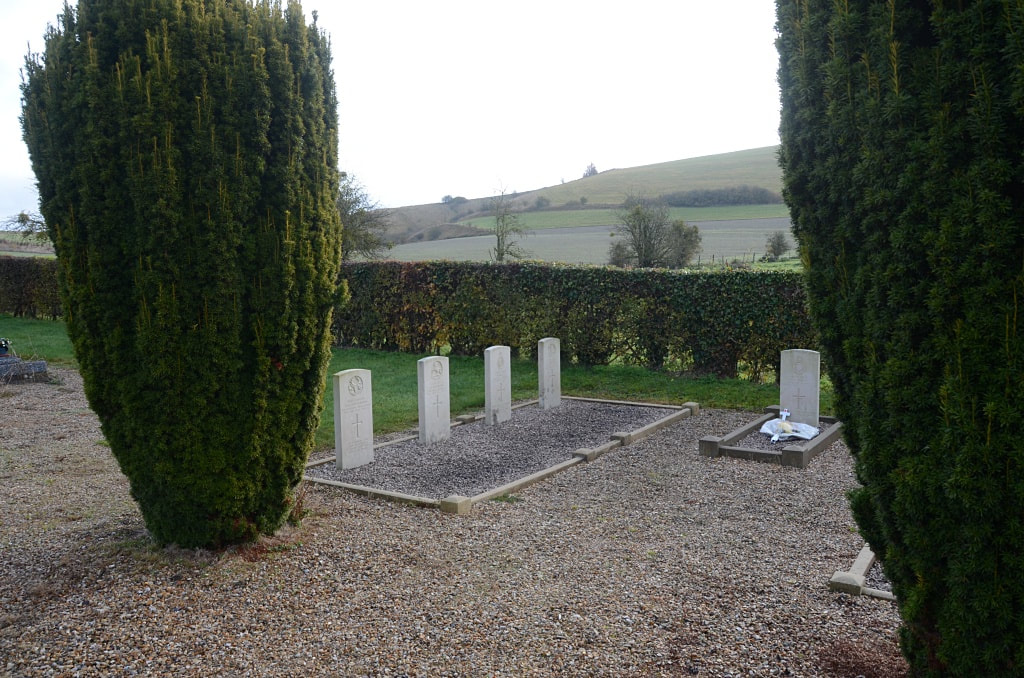 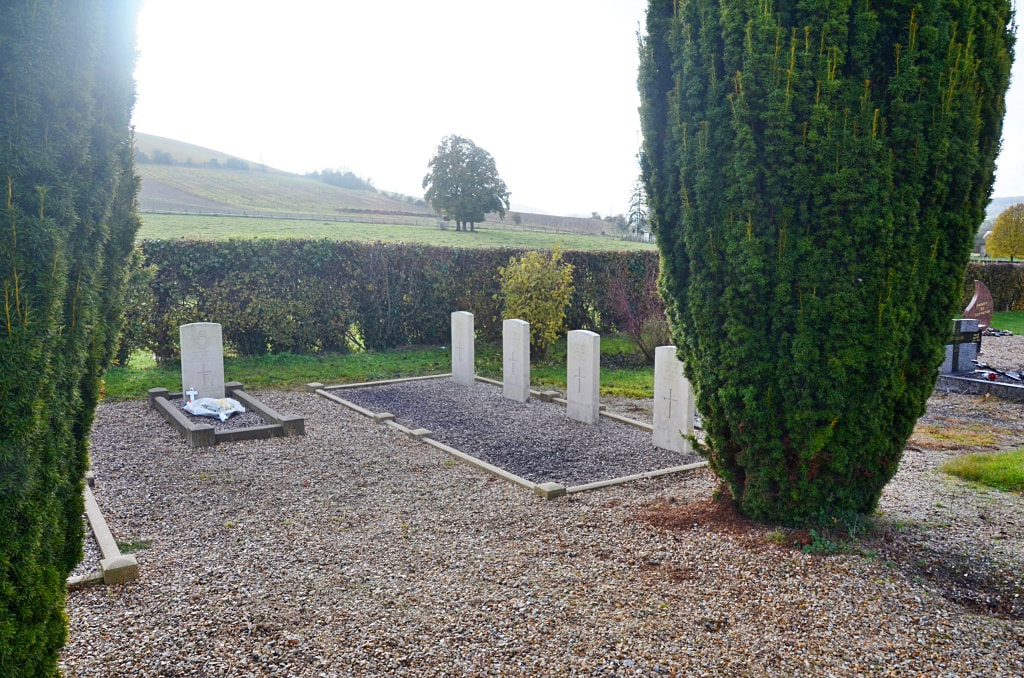 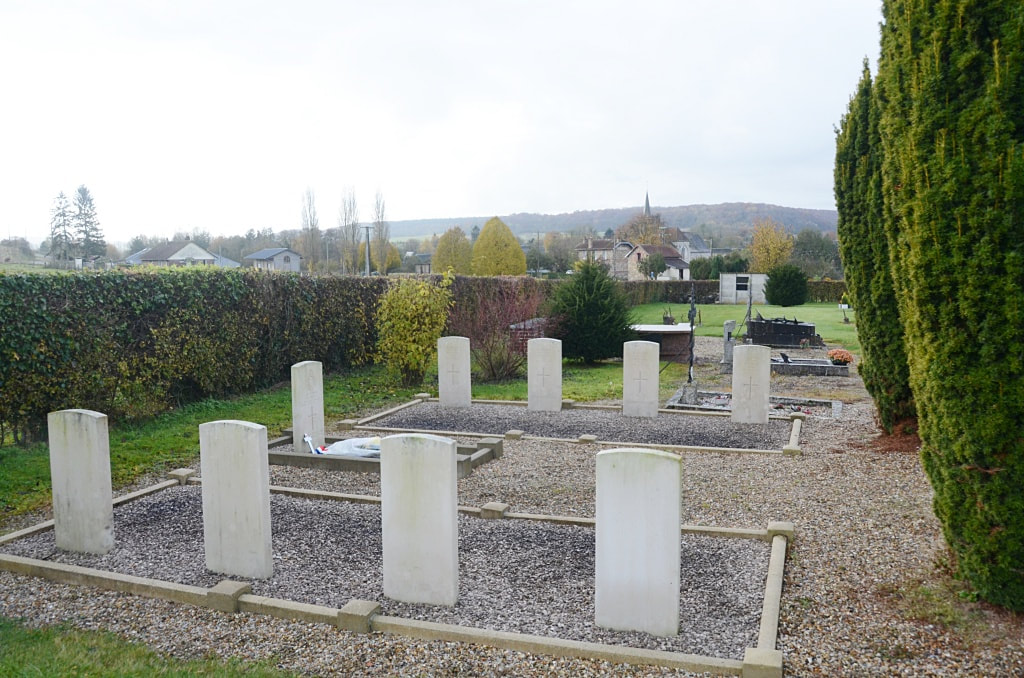 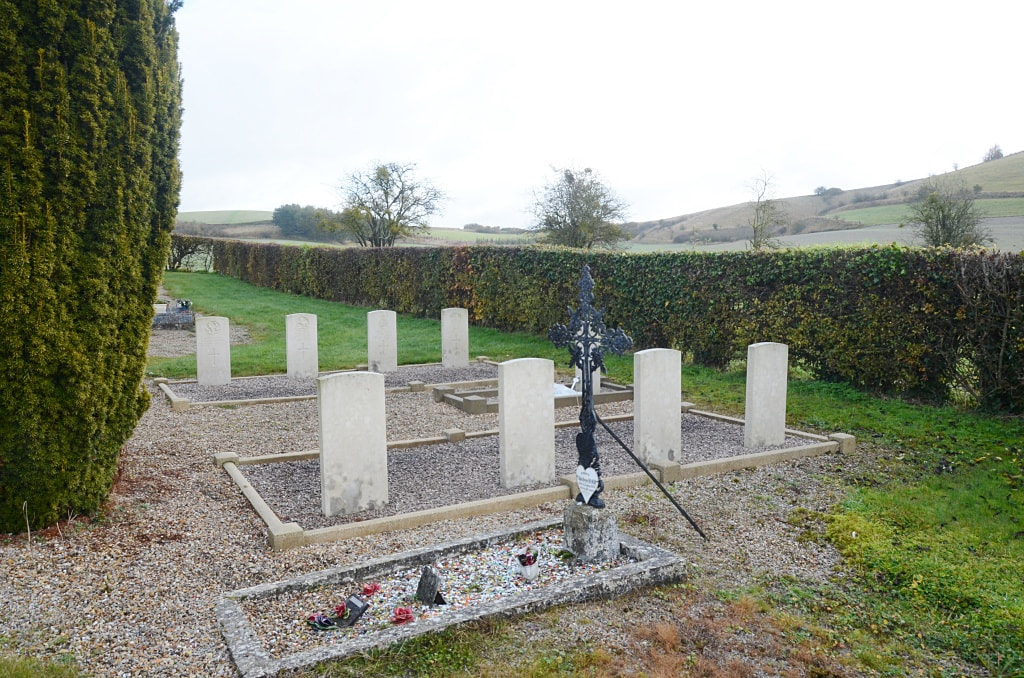 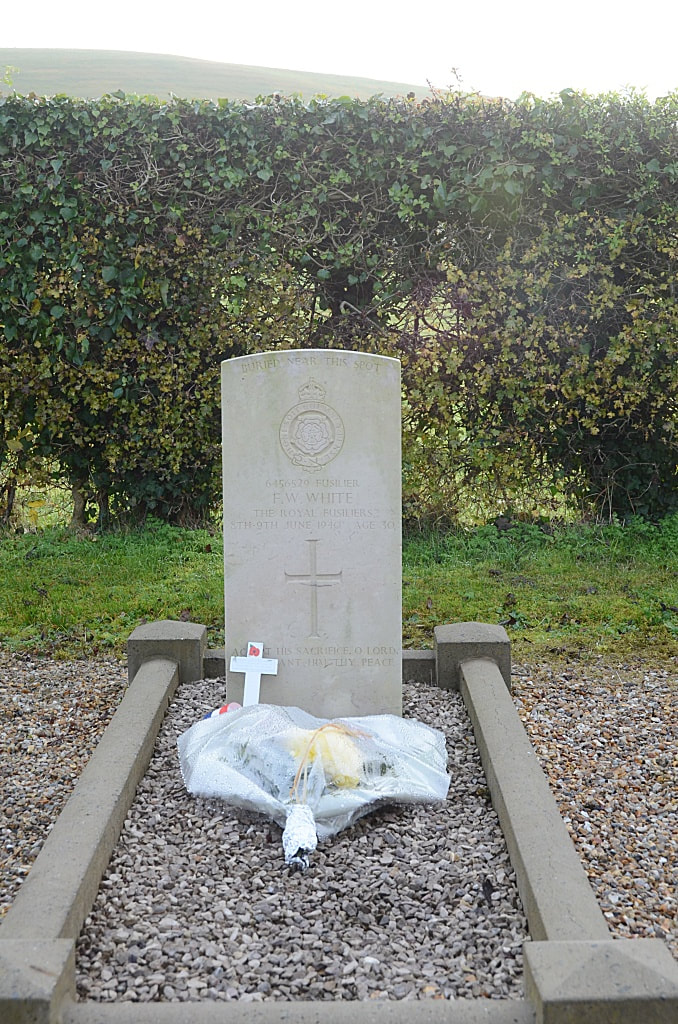 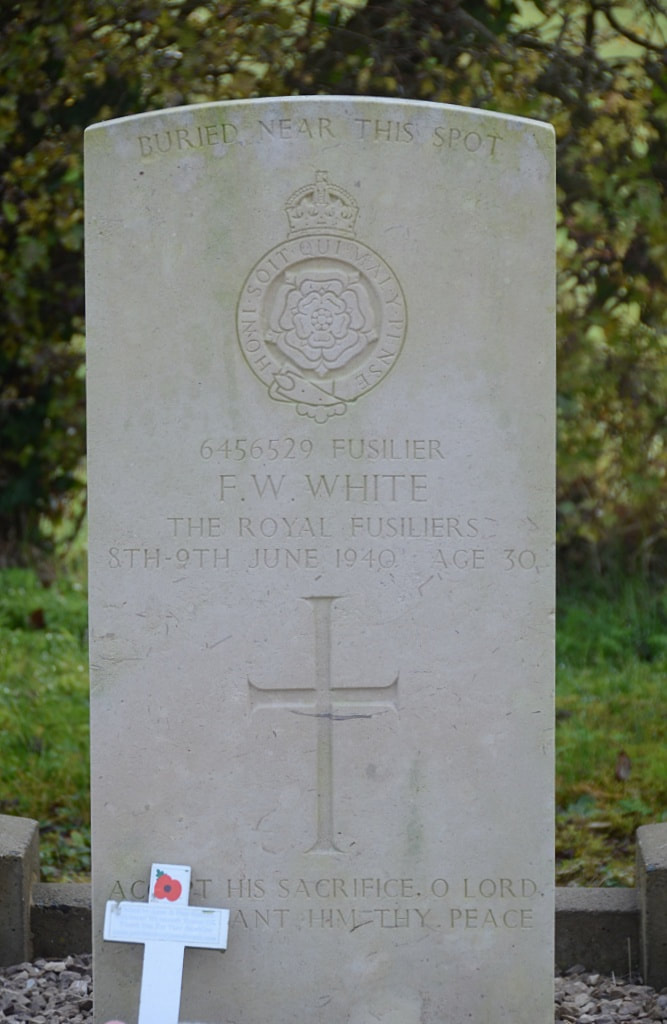 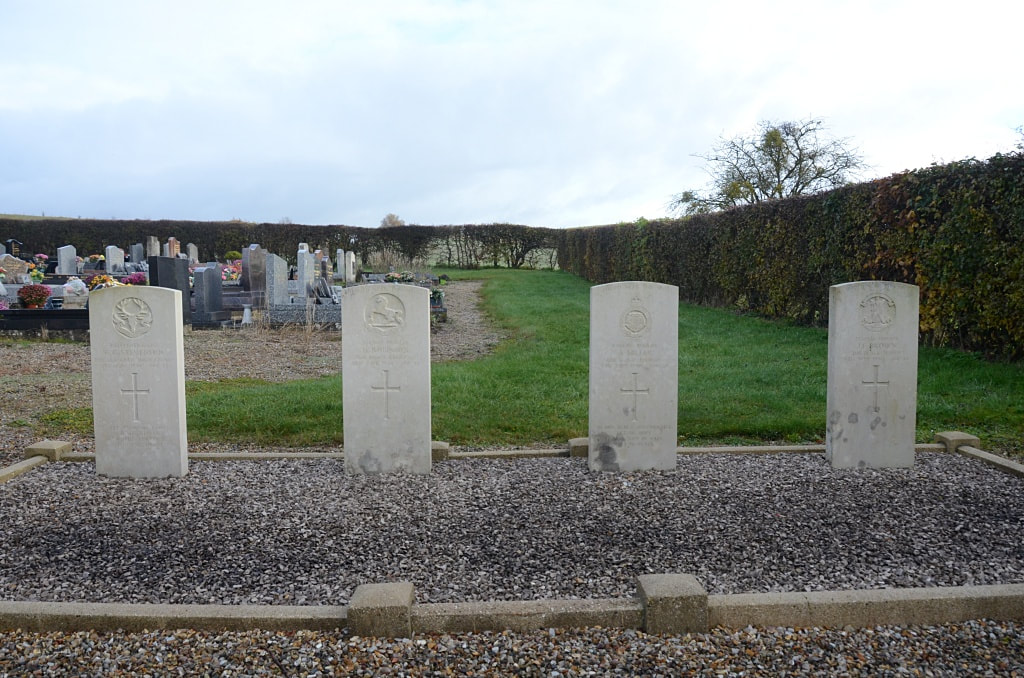 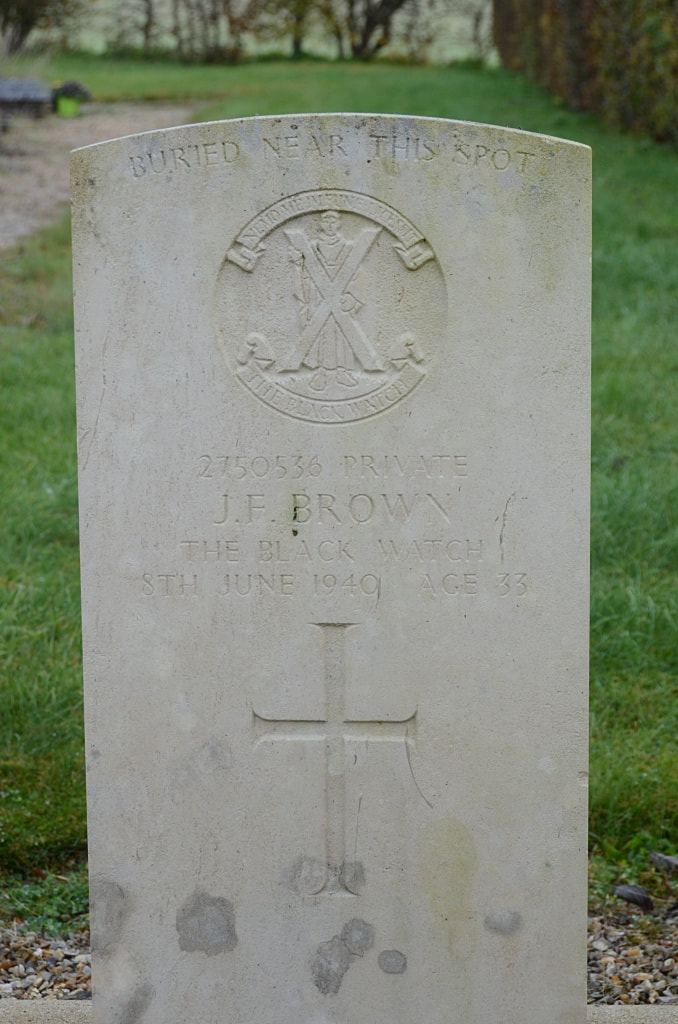 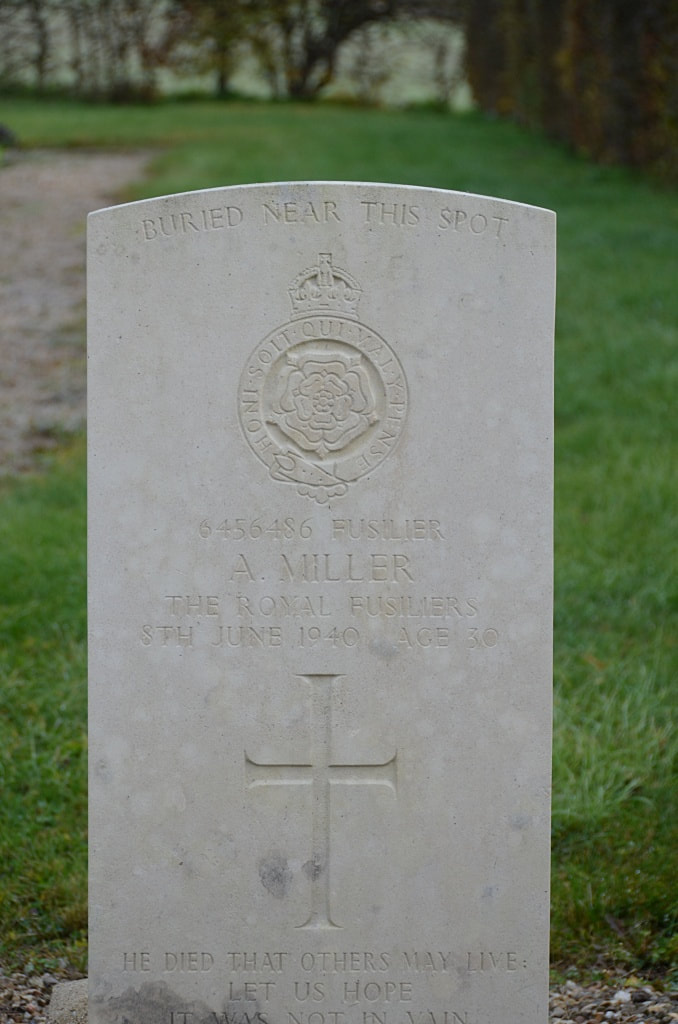 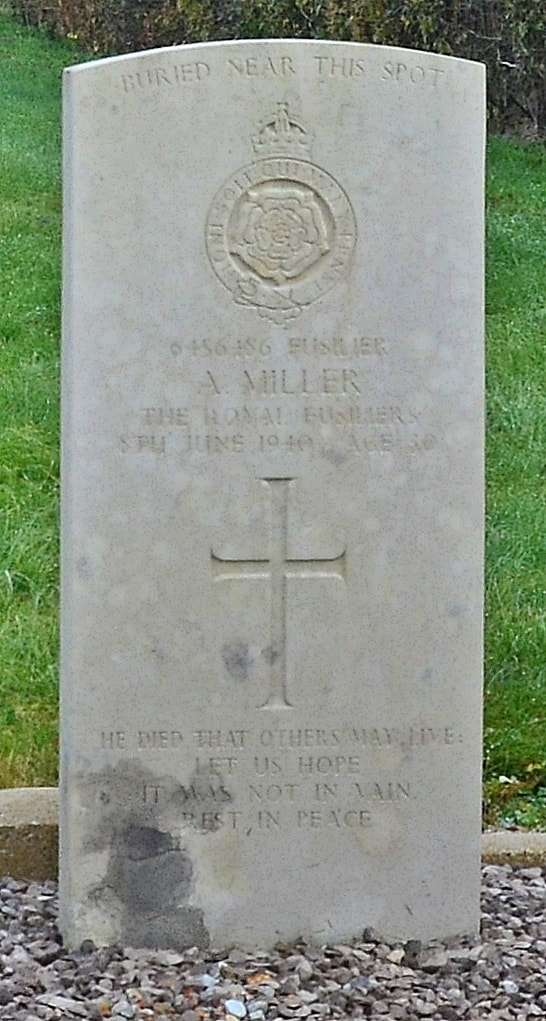 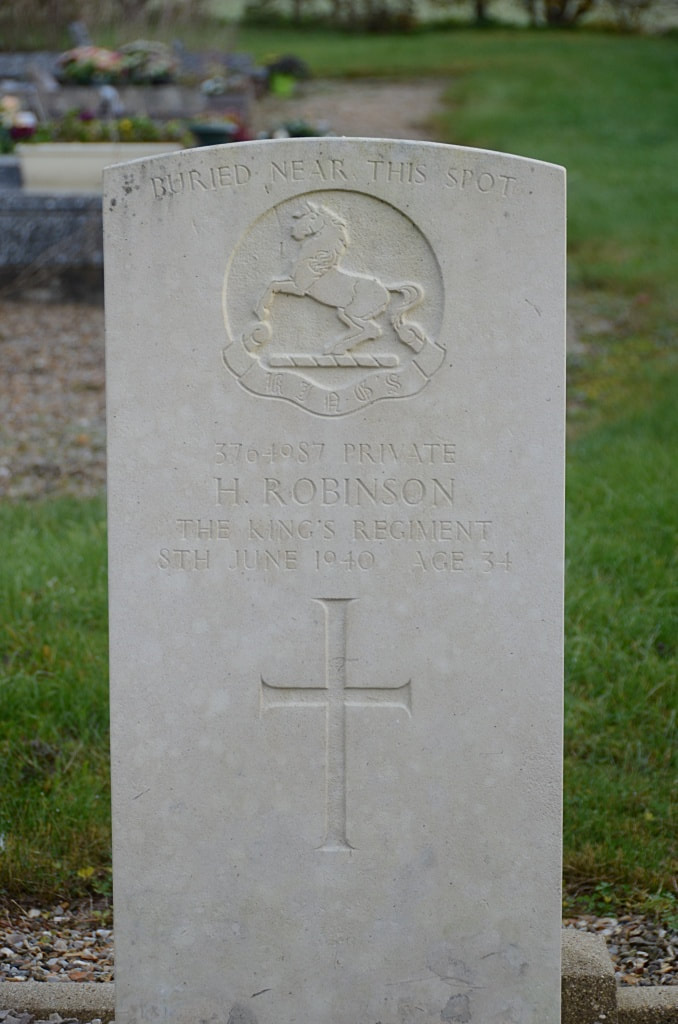 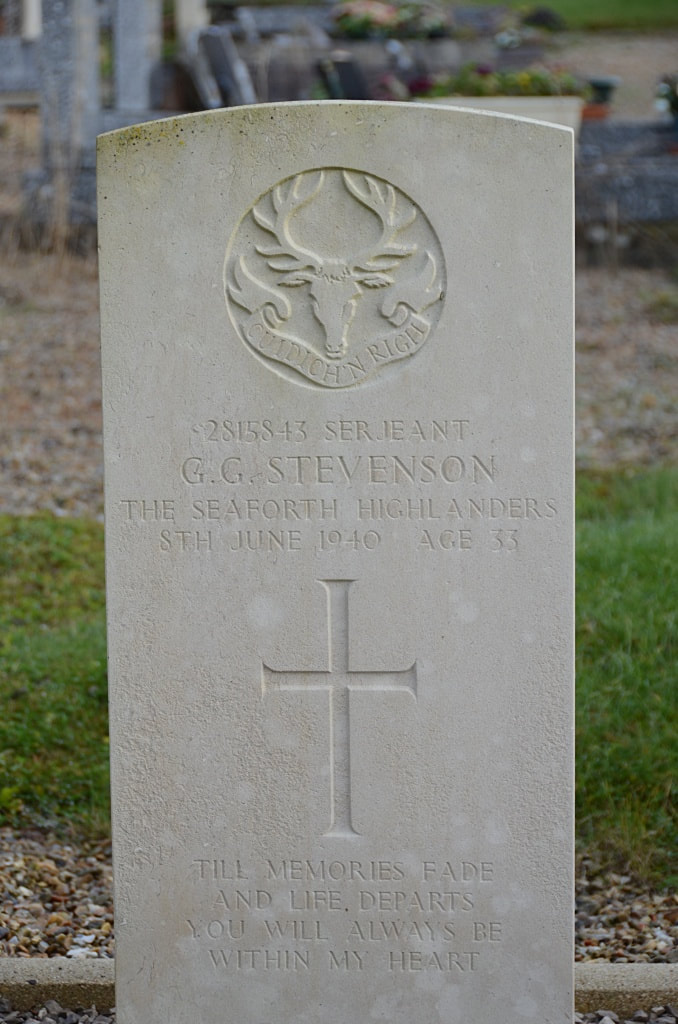 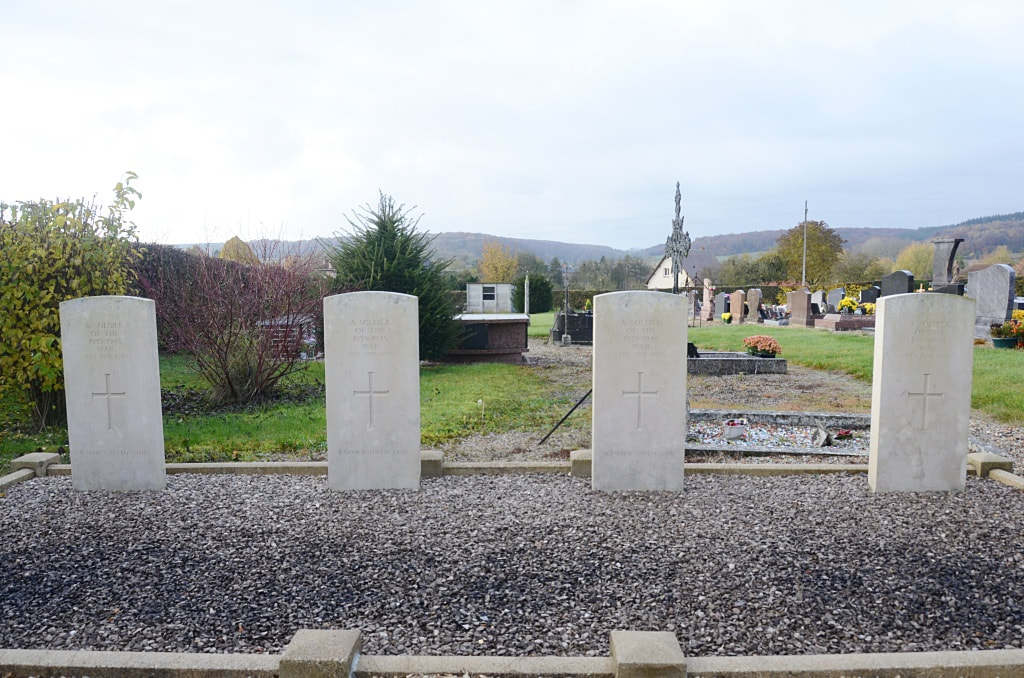 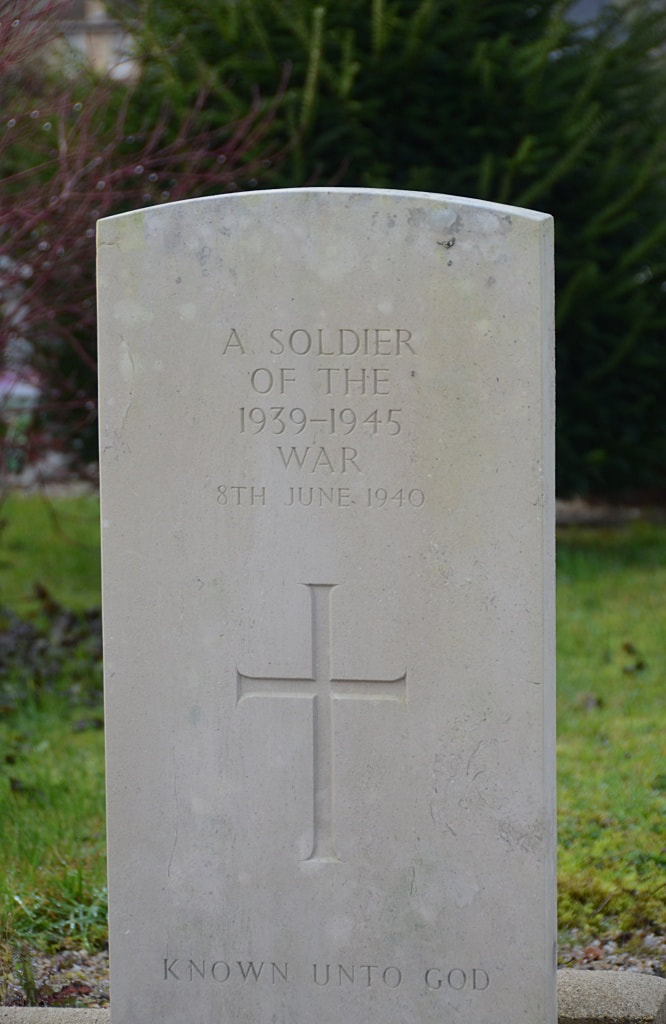