From Bayeux take the N13 towards Caen. After about 12 kilometres turn left onto the D217, and the village of Secqueville will be found about 2 kilometres to the north. Turn right in the village, and after a few hundred metres take the track to the left, signposted Farringdon Way. The War Cemetery will be found in open fields on the left hand side.

Secqueville-en-Bessin War Cemetery is a battlefield cemetery, containing the graves of men killed in the advance to Caen early in July and in the subsequent fighting up to the end of that month.

The cemetery contains 99 Commonwealth burials of the Second World War and 18 German burials. 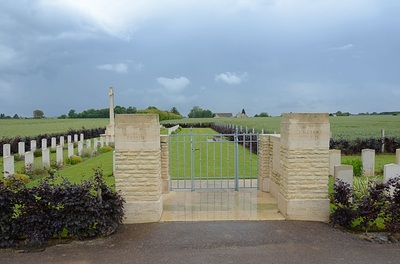 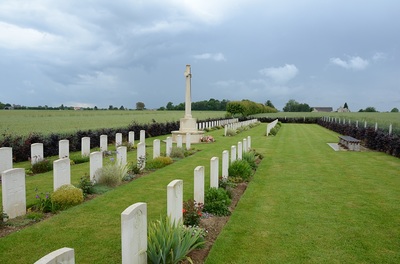 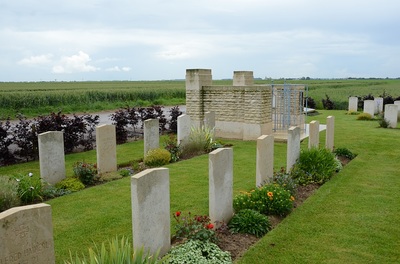 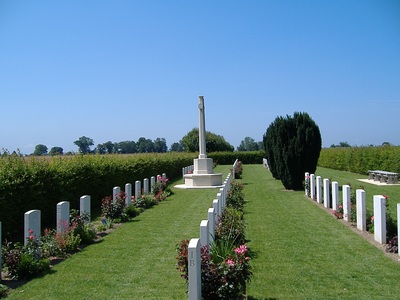 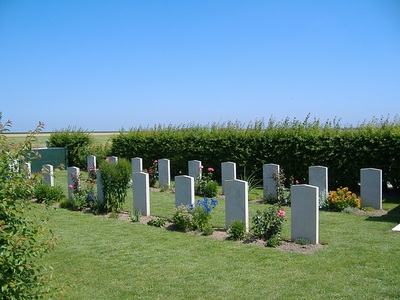 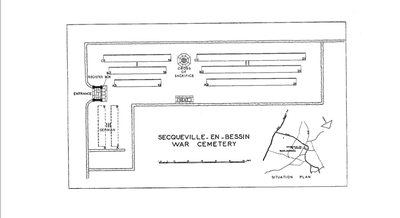