Sarrewerden is a very small village 62 kilometres north-west of Strasbourg. It has a railway station, on the Nancy- Sarreguemines line. The communal cemetery is on the south-eastern outskirts of the village in a by-road leading to the neighbouring village of Burbach. Near the middle of the eastern wall is the collective grave of 3 airmen, 1 of whom belonged to the Royal Air Force and 2 to the Royal Canadian Air Force. 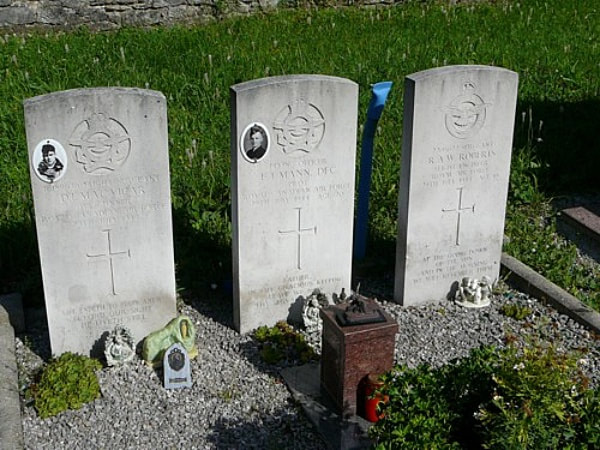 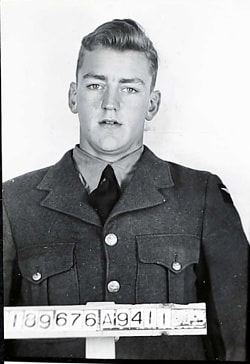 His headstone bears the inscription "Father, In Thy Gracious Keeping Leave We Now Thy Servant Sleeping"


Other Burial Details
​
2205622 Sergeant Reginald Alan Wellesley Roberts, Flight Engineer in 576 Squadron, Royal Air Force Volunteer Reserve, died 29th July 1944, aged 19. Son of Charles Frederick and Alice Muriel Roberts, of Hazel Grove, Stockport, Cheshire. His headstone bears the inscription "At The Going Down Of The Sun And In The Morning We Will Remember Them"