Ranville is best reached by taking the D513 north-eastwards out of Caen, and after about 9 kilometres turning left at Herouvillette. Go north for one kilometre and then turn left into Ranville village. The War Cemetery is on Rue des Airbornes.

Ranville was the first village to be liberated in France when the bridge over the Caen Canal was captured intact in the early hours of 6 June by troops of the 6th Airborne Division, who were landed nearby by parachute and glider. Many of the division's casualties are buried in Ranville War Cemetery and the adjoining churchyard

The CEMETERY contains 2,236 Commonwealth burials of the Second World War, 90 of them unidentified. There are also 323 German graves and a few burials of other nationalities.

The CHURCHYARD contains 47 Commonwealth burials, one of which is unidentified, and one German grave. 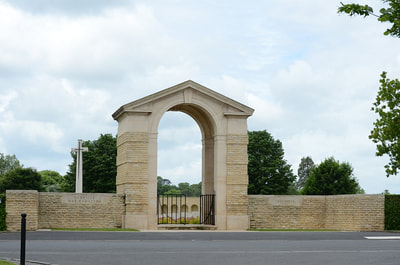 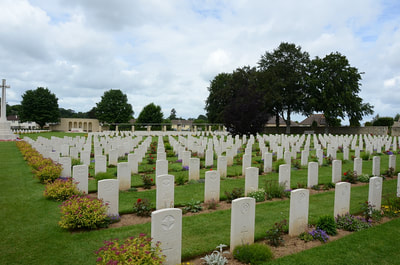 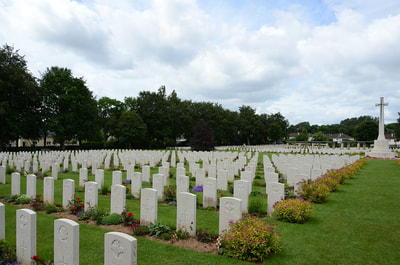 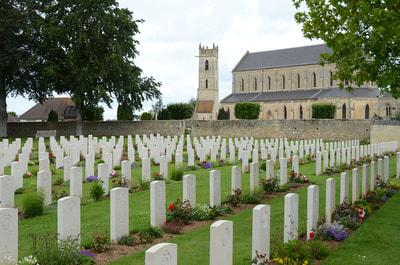 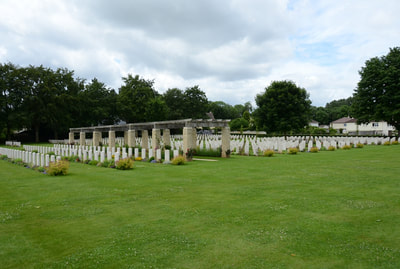 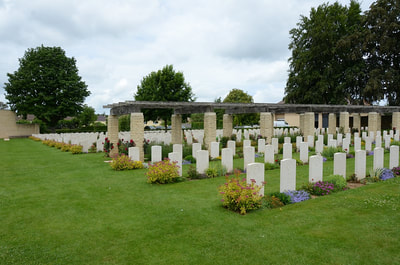 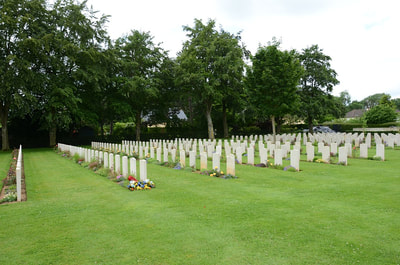 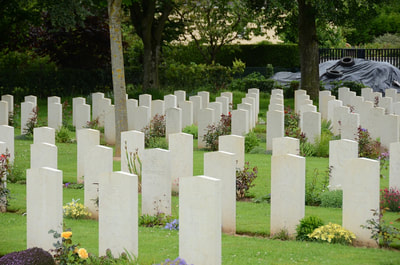 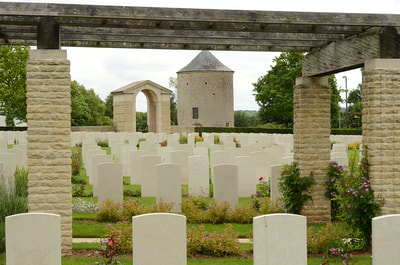 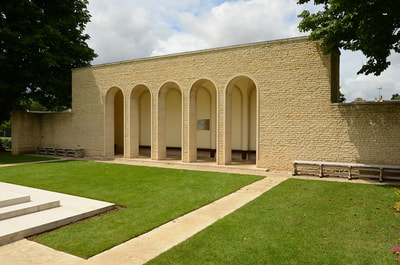 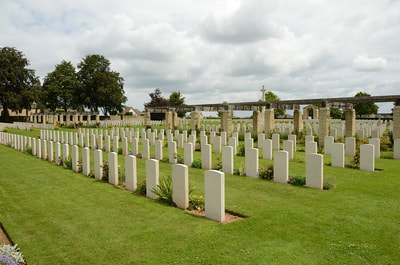 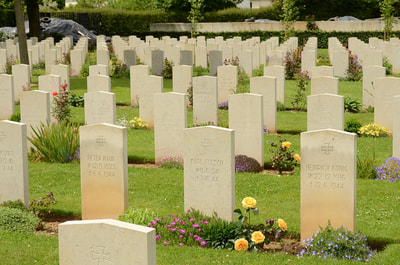 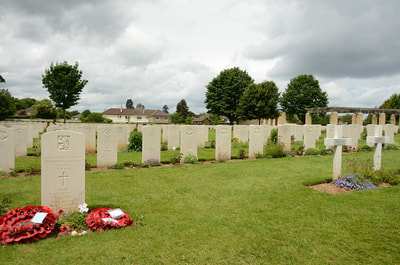 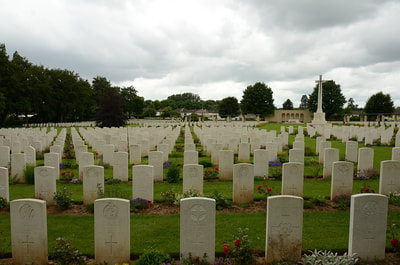 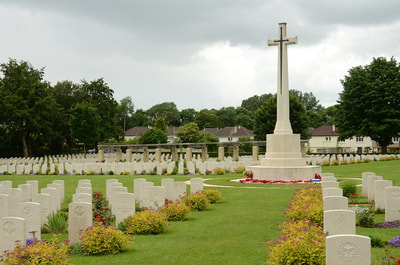 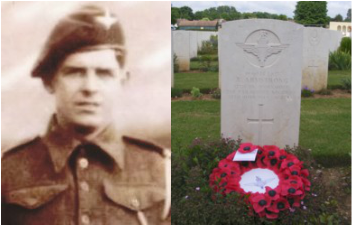 Son of Archibald and Eleanor Armstrong of Humbledon, Sunderland, Co Durham, husband of Beatrice Helena Armstrong and father of Angus Armstrong Jr. He enlisted with the 1st Battalion Green Howards when he was 18 in 1928 and served with them overseas in Shanghai and India.  He was a boilermaker in Sunderland shipyards when war broke out and was posted to 10th Battalion Green Howards which was later converted into the 12th Battalion Parachute Regiment in 1943.  His final training jump report listed him as "a good all round performer".  He was a member of the boxing team and the beloved younger brother of my grandfather Bill Armstrong.
​
Picture courtesy of Helen Ingham, great niece of this soldier 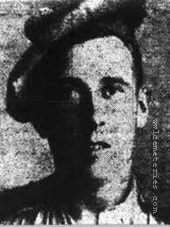 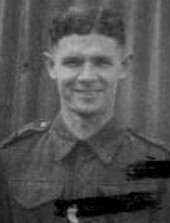 Enlisted on 18th August 1926. His trade on enlistment was a miner and he was Church of England. His height on enlistment was 5 ft 9 1/2 ins, Weight 118 lbs, Chest 34 ins, Complexion Dark, Eyes Blue, Hair Black. He was killed in action 9th July 1944. He was blown up by a land mine whilst riding a motorcycle along with Sergeant Major Baskyfield/ Baskyville. On his death he left behind a wife, Eliza Cook and two young children myself aged 9 and my sister Ethel Cook aged 7. He also had two brothers who were also killed in action, Geoff/Jeff Cook killed at Dunkirk, the second brother was killed on the borders of Germany, in a forest,  I am unsure of his name,  it may of been Ian Cook. I would be very grateful for any information from anyone about my family. I have enclosed a photograph of my father as it was in his soldiers service and pay book, army book 64.


If anyone has information they would like to pass on to Ivan, please Contact Us and we will pass it on. 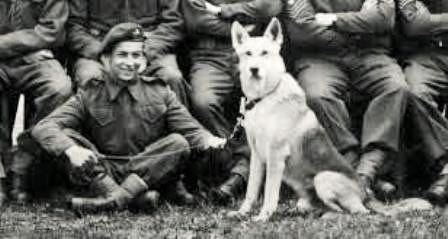 Son of Servais Corteil, and of Jessie Amelia Corteil, of Watford, Hertfordshire. His Paratroop dog 'Glen' died at his side and is buried with him. 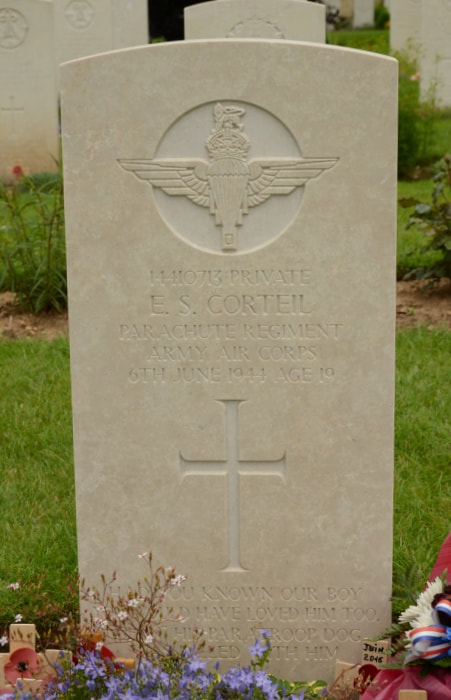 Picture © Johan Pauwels. INSCRIPTION. HAD YOU KNOWN OUR BOY YOU WOULD HAVE LOVED HIM TOO. "GLEN" HIS PARATROOP DOG WAS KILLED WITH HIM 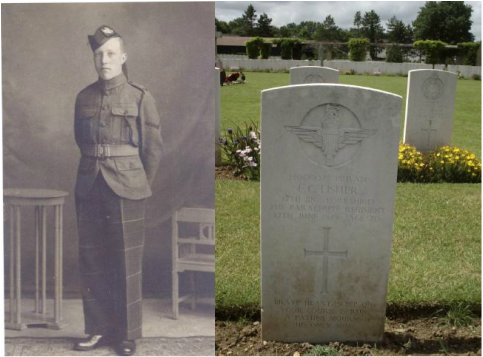 Picture shows Edward Fisher in the uniform of The Black Watch, his regiment before volunteering for the Parachute Regiment
​
Pictures courtesy of Malcolm Ford, Edward Fisher's Nephew. 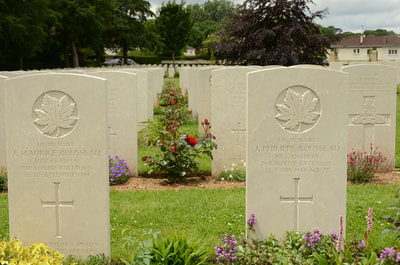 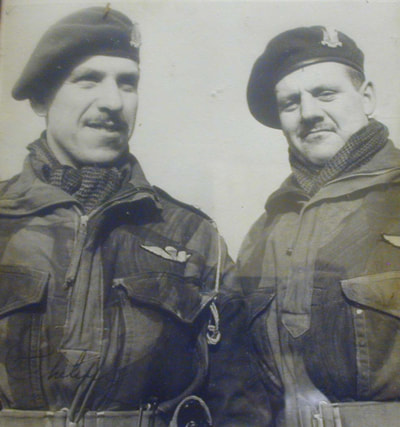 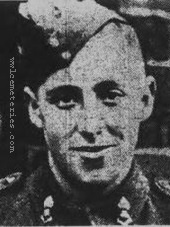