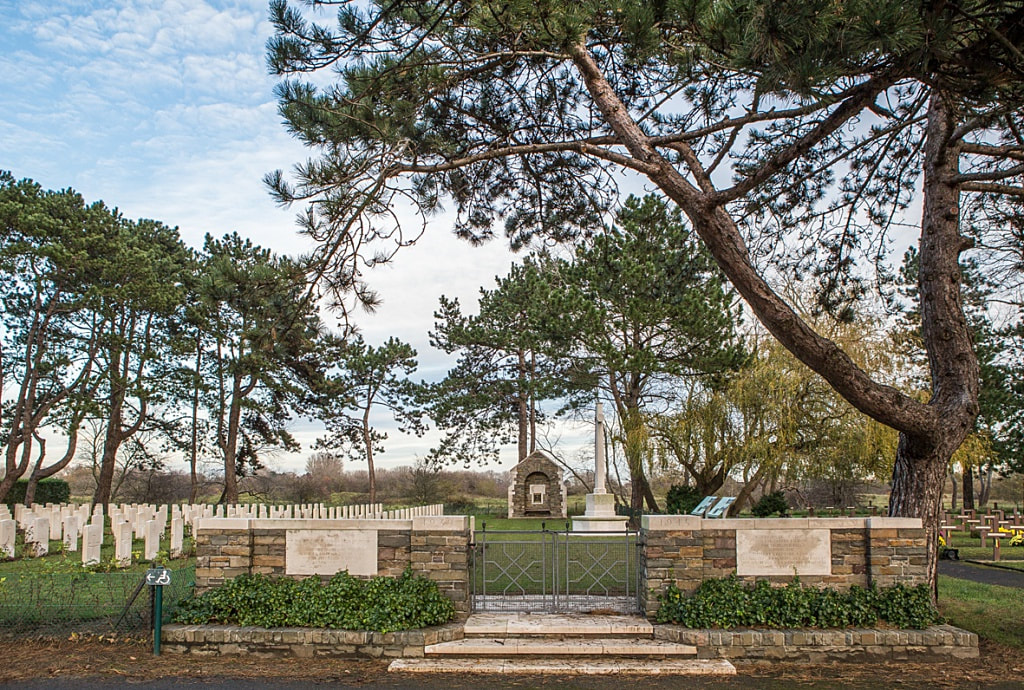 From Nieuwpoort, Oostduinkerke village is approached via the N396 Nieuwpoortsteenweg. The Farazijustraat is the first right hand turning on reaching the village and leads for 600 metres to the cemetery itself, after joining onto the Andre Geryllaan.

Oostduinkerke Communal Cemetery is open every day from 08.00 hrs to sun down.

Please note that the Commission Plot within this cemetery is one of four Commission sites currently being used to demonstrate horticultural climate change adaptations.

Most of those Commonwealth servicemen buried at Oostduinkerke Communal Cemetery died in the heavy fighting along the Nieuport-Veurne-Dunkirk Canal, while covering the retreat of the British Expeditionary Force to Dunkirk in May 1940.

Oostduinkerke Communal Cemetery contains a plot of 180 Commonwealth burials of the Second World War, 31 of them unidentified. 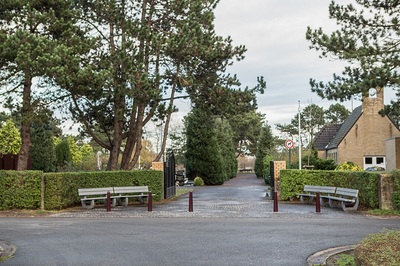 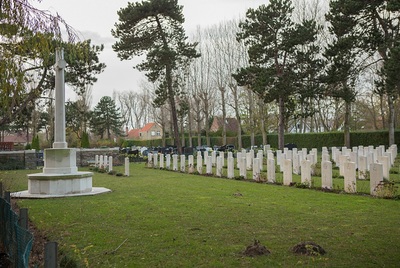 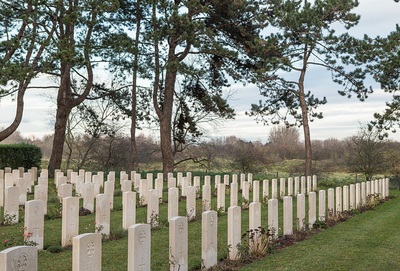 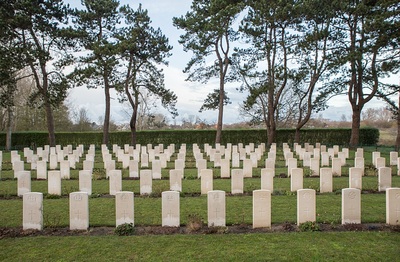 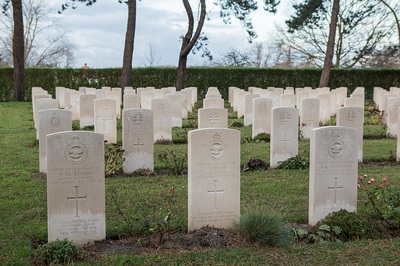 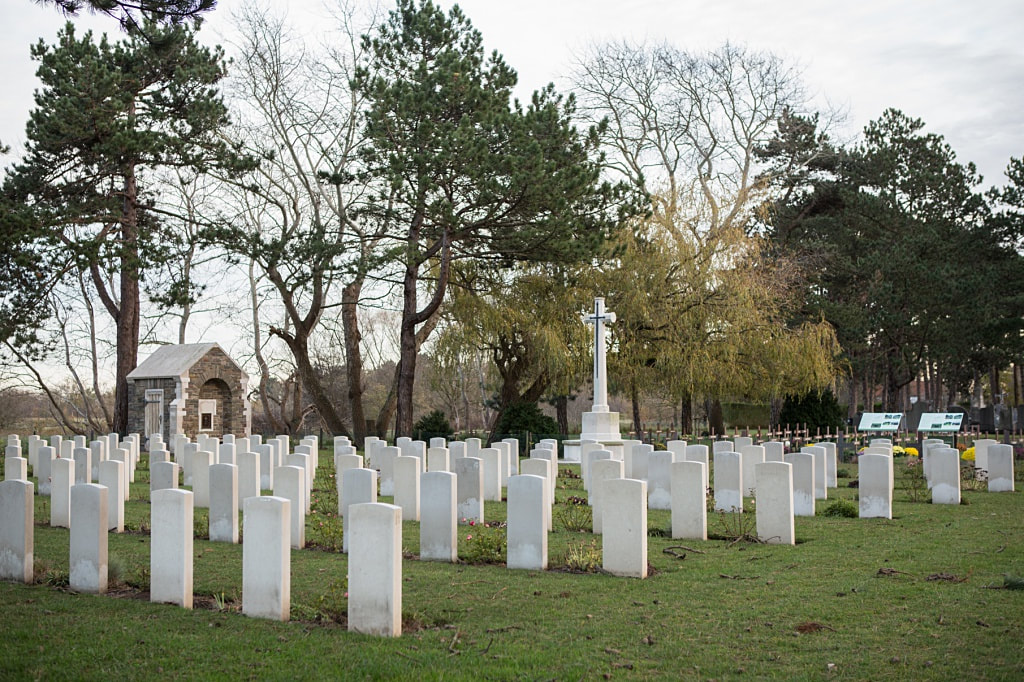 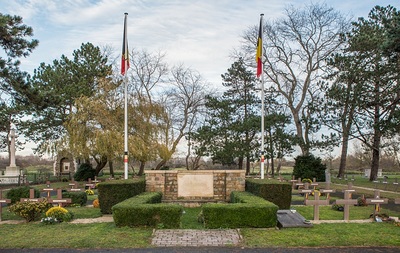 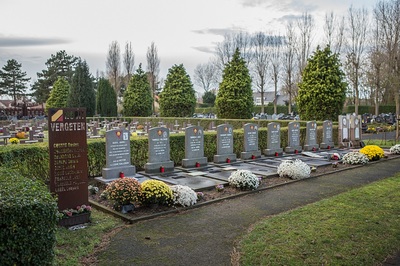 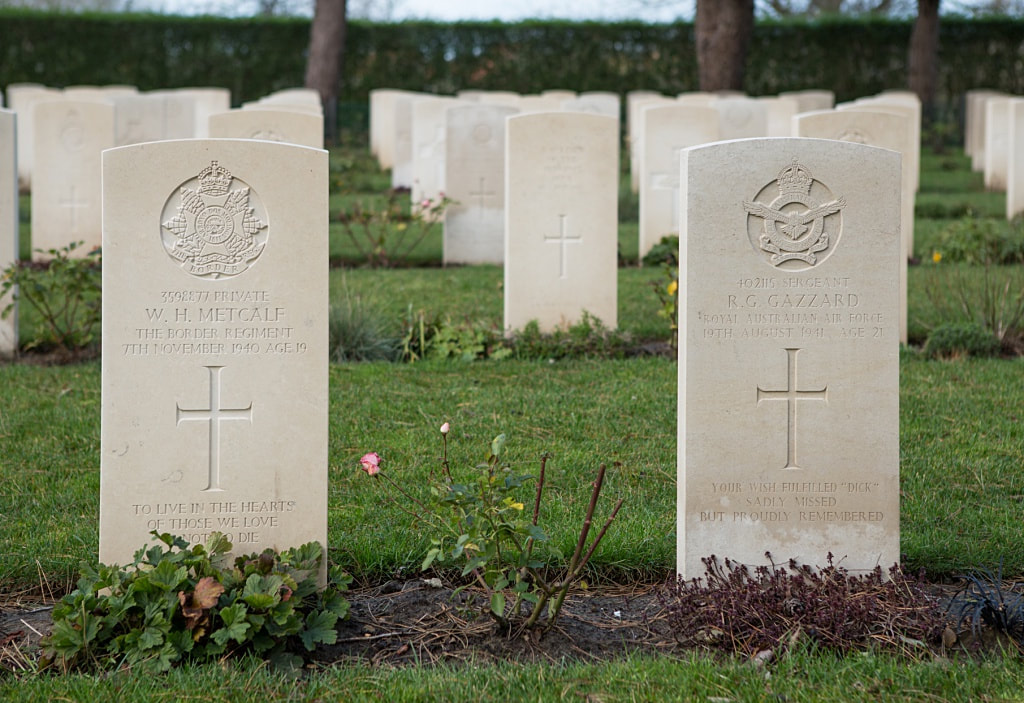 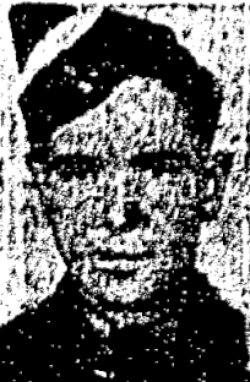 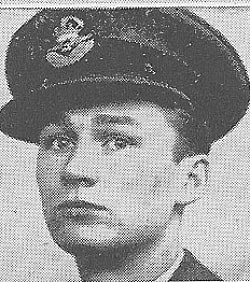 Some of the Individual Burials 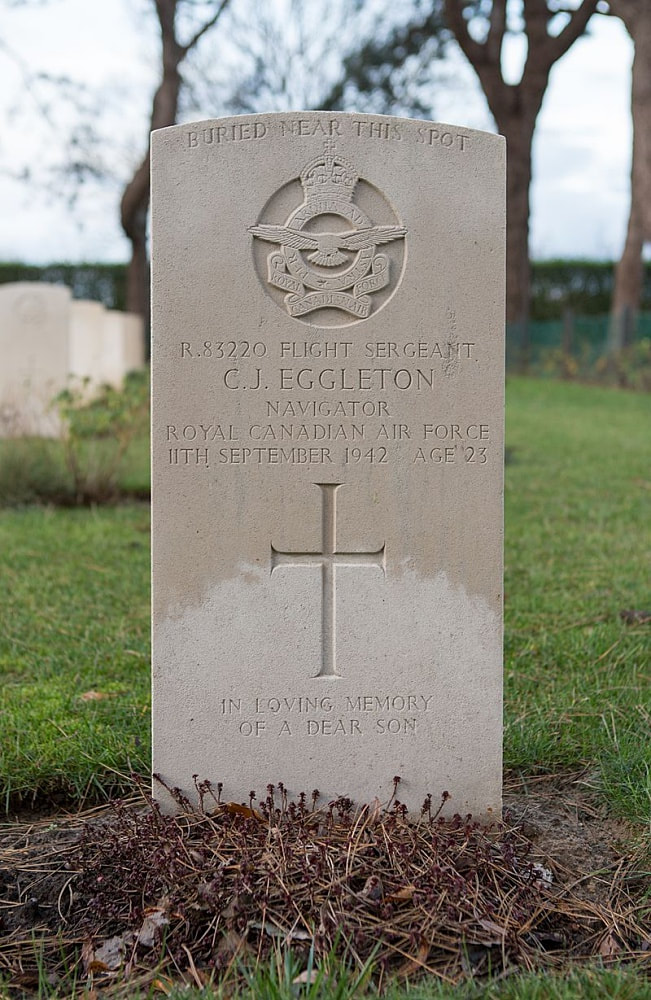 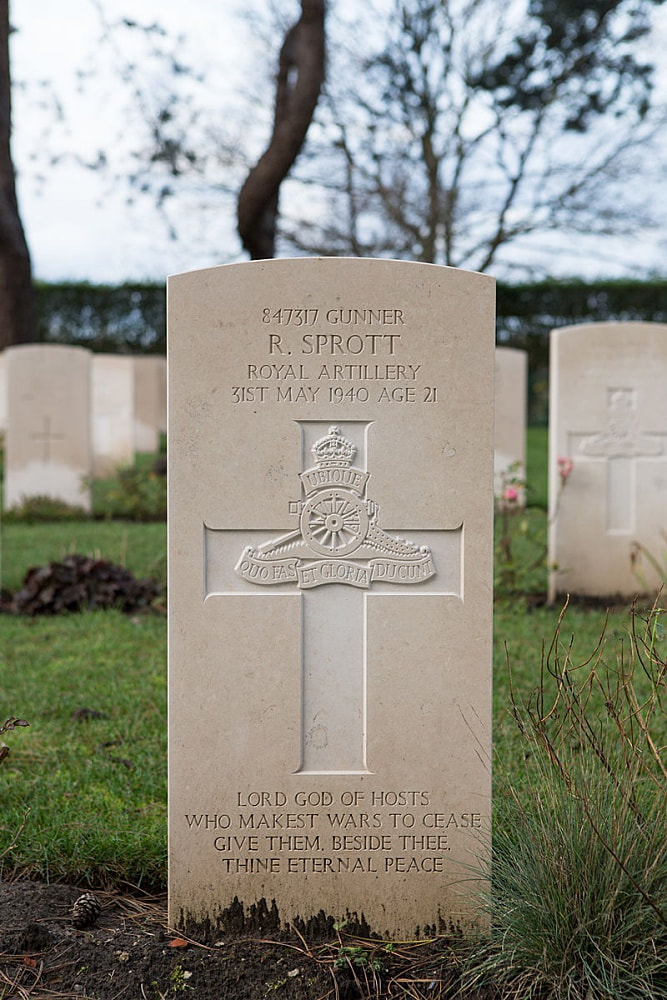 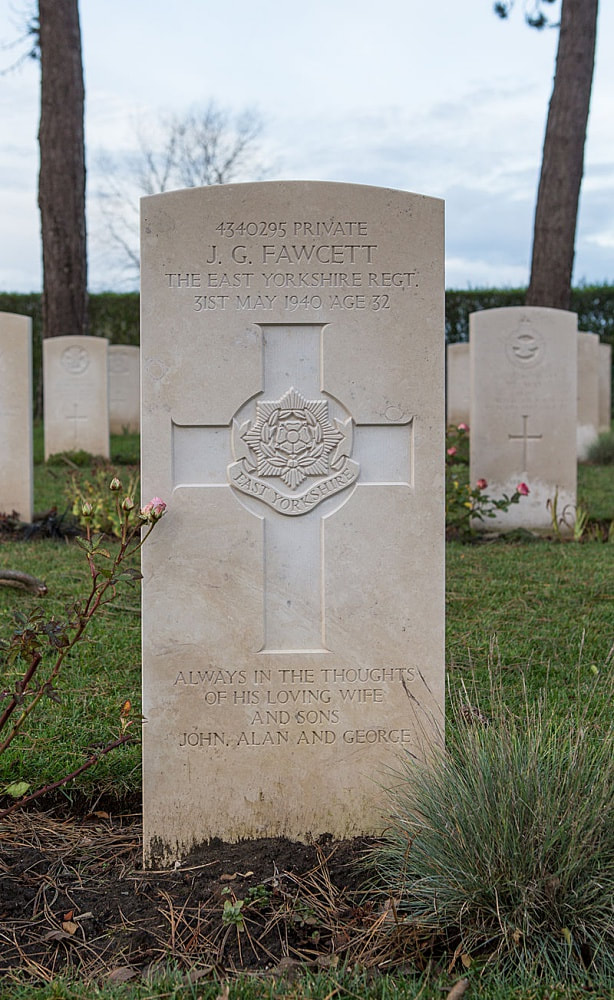 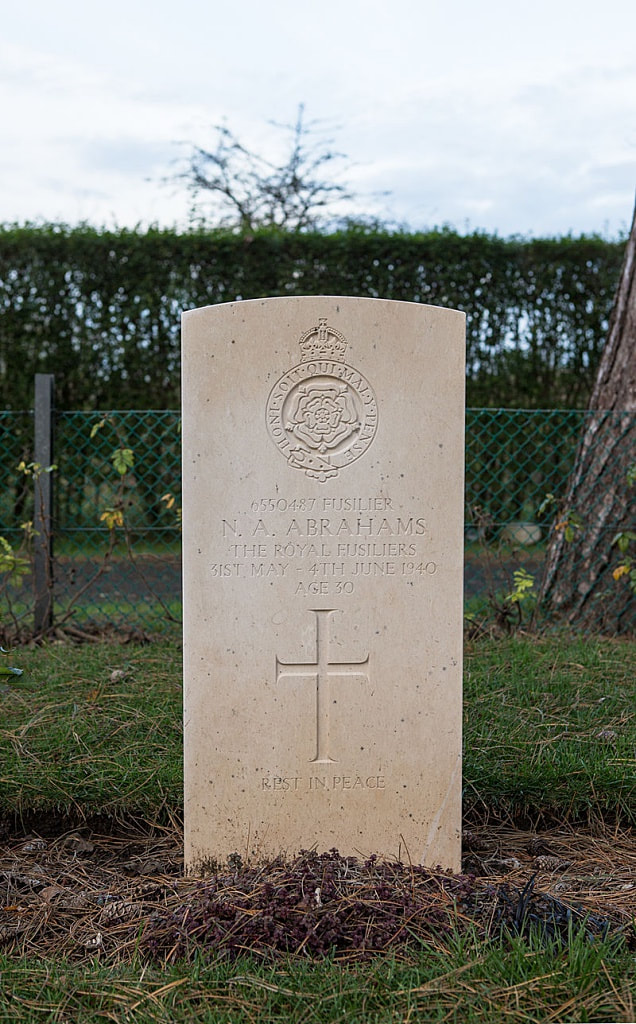 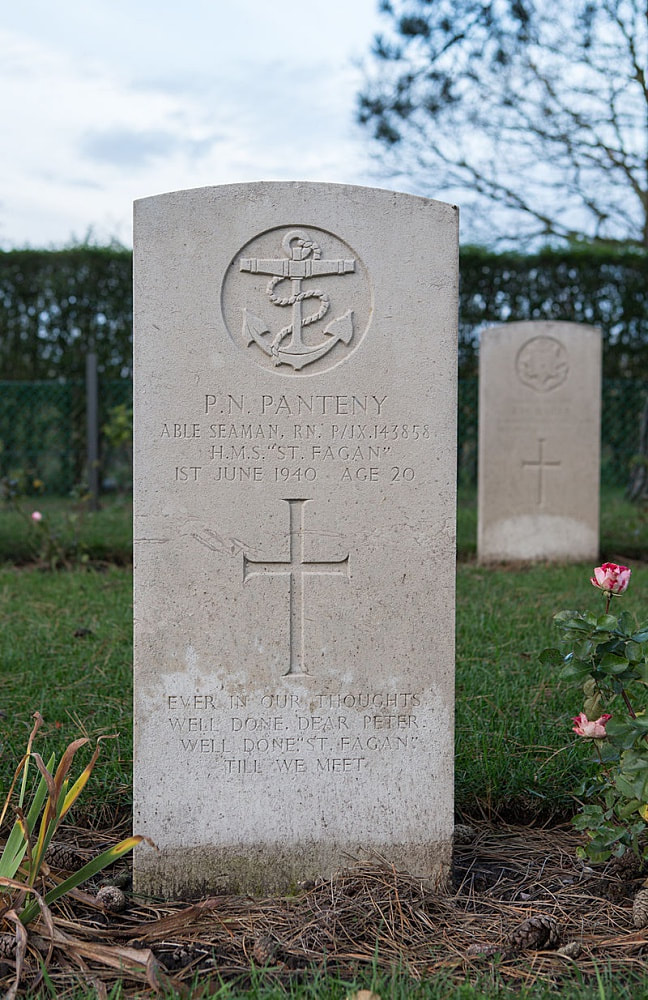 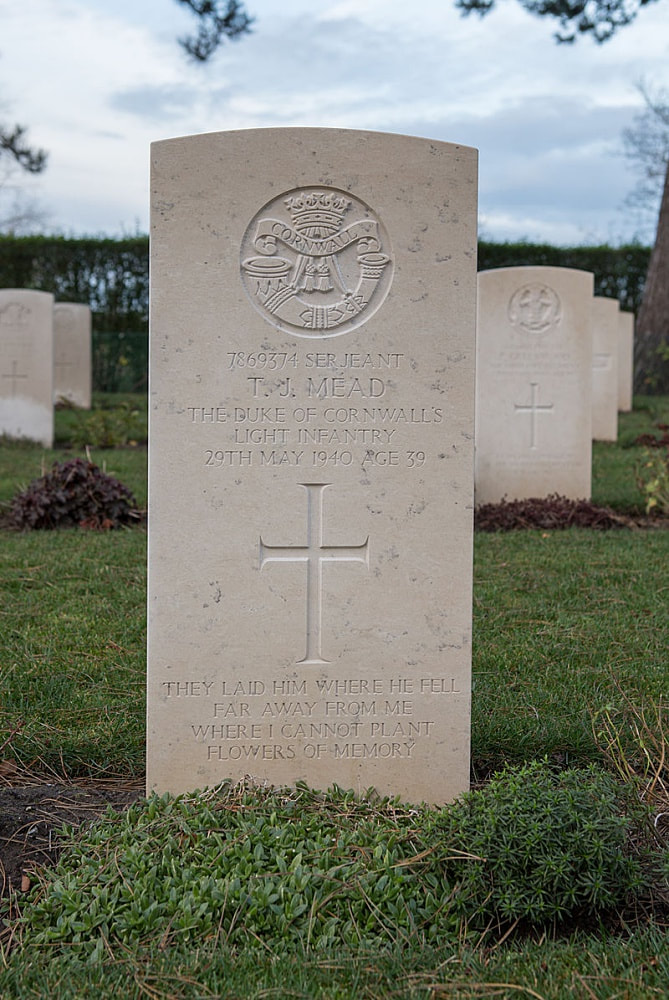 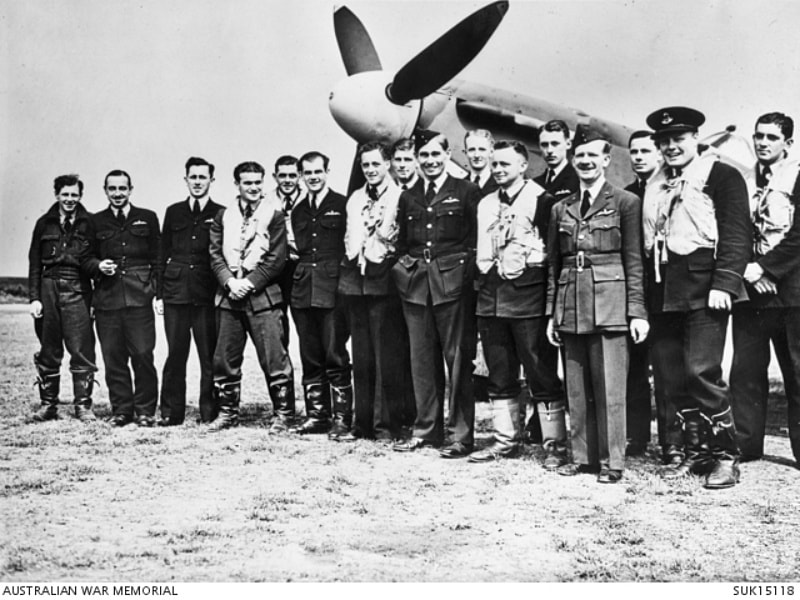 Group portrait of pilots of No. 452 (Spitfire) Squadron RAAF at RAF Station Kirton-in-Lindsey, the first fighter squadron of which the flying personnel (with the exception of two flight commanders) are entirely Australian. It became operational in May 1941.
Identified on the far right is 402115 Sergeant Richard George Gazzard ​(killed during operations over Belgium on 19 August 1941, aged 21 years). Row G. 167. Son of Norman Clarence and Veida Gazzard, of Strathfield, New South Wales, Australia. His headstone bears the inscription "Your Wish Fulfilled "Dick" Sadly Missed But Proudly Remembered" 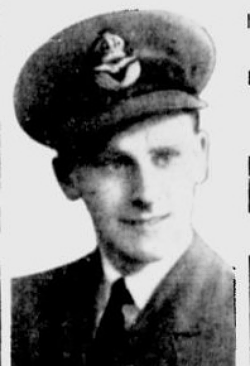 His headstone bears the inscription "But Death, Grown Gentle, Caught Him As He Fell" 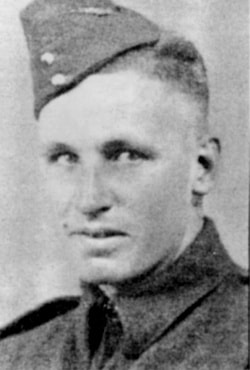 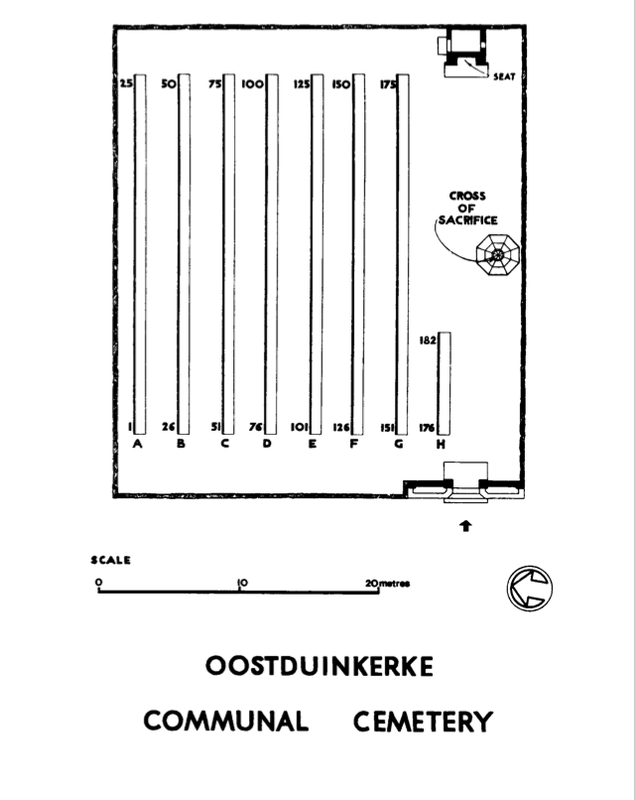