Neufmoulin is a village and commune in the Department of the Somme, 6 kilometres north-east of Abbeville and some 3 kilometres west of St.Riquier, a village on the road from Abbeville to Arras. The Communal Cemetery is on the Allée du Cimetière, about 500 metres south from the main road through the village, adjoining the railway line.  Two metres north-east of the calvary which stands at the end of the main path are the graves of seven WW2 airmen who died on the 19th July 1944. 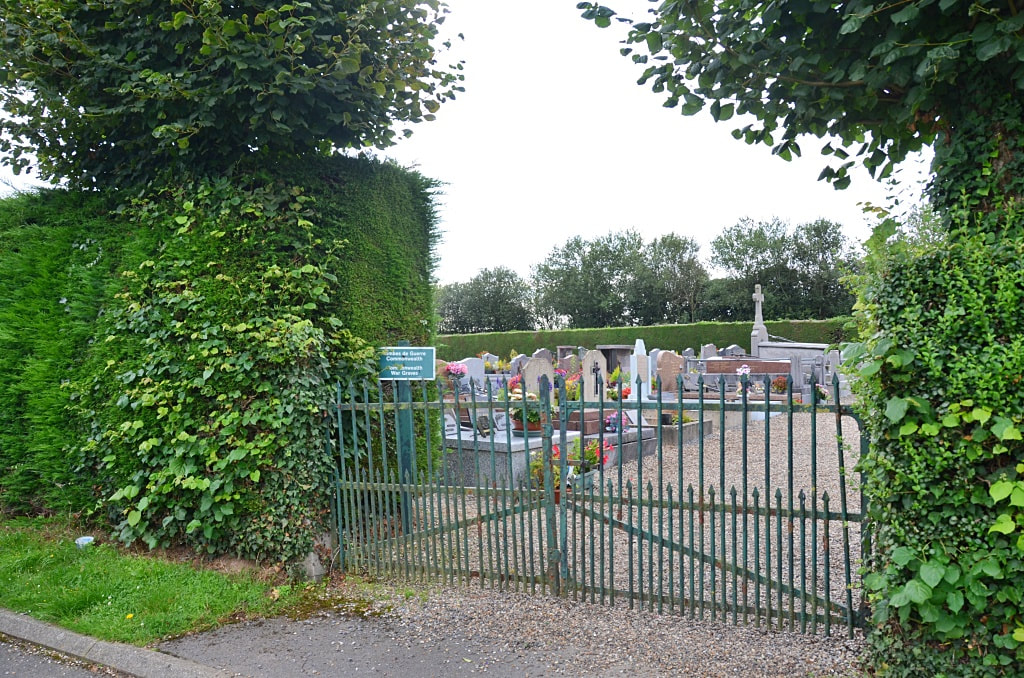 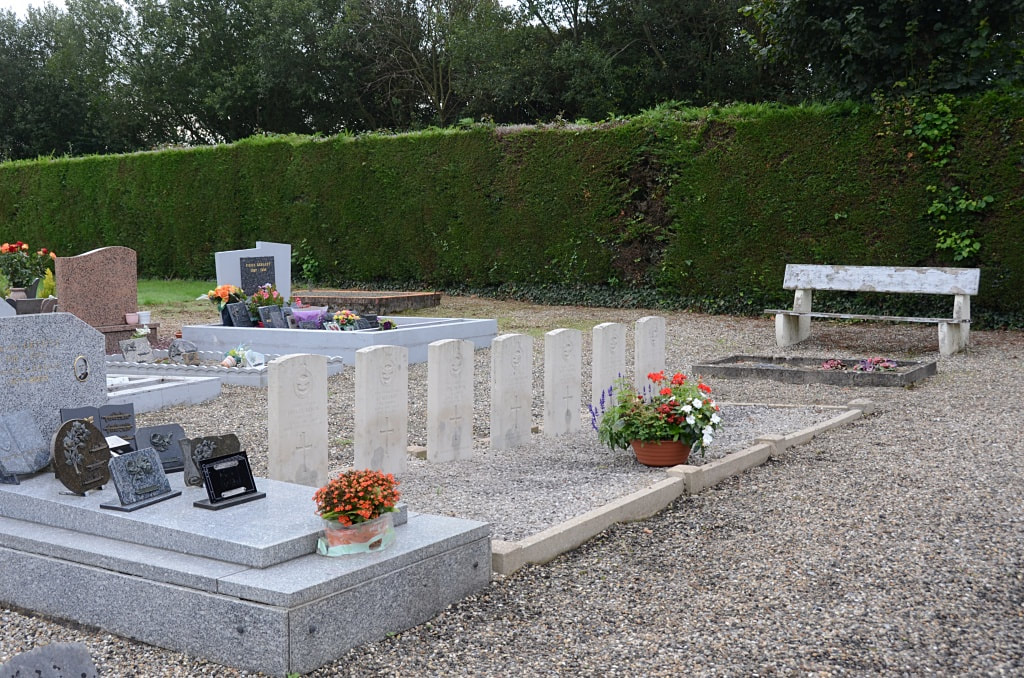 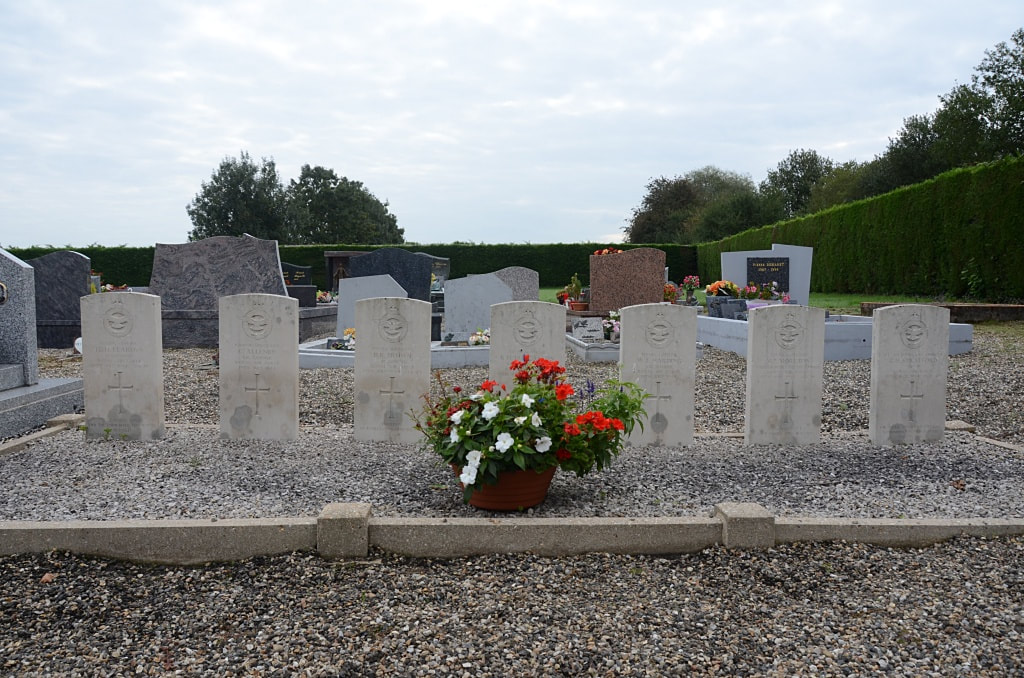 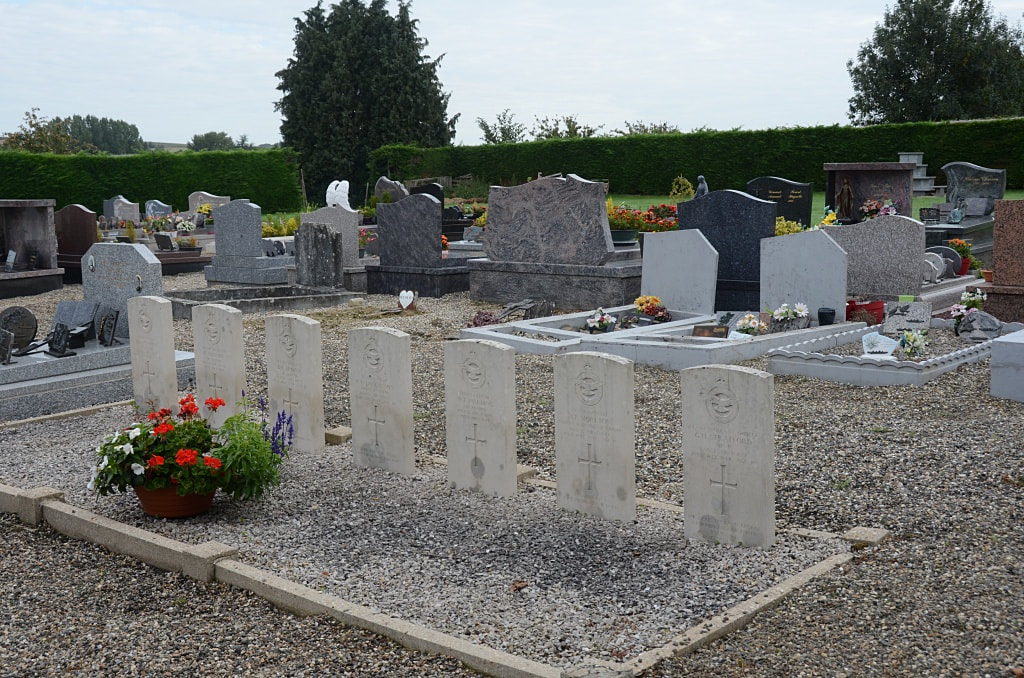 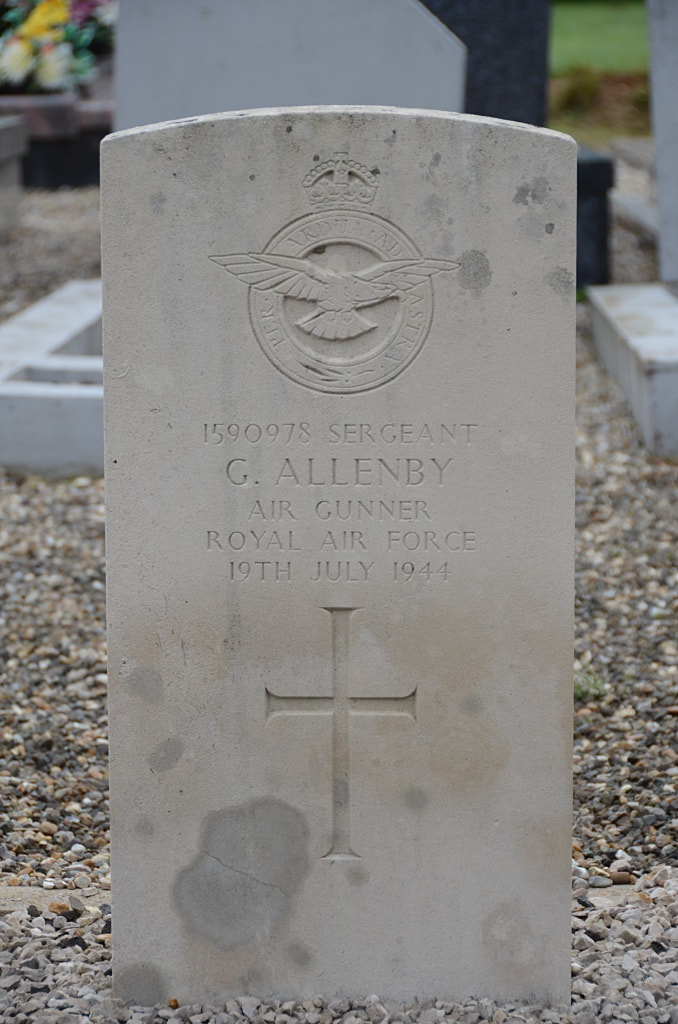 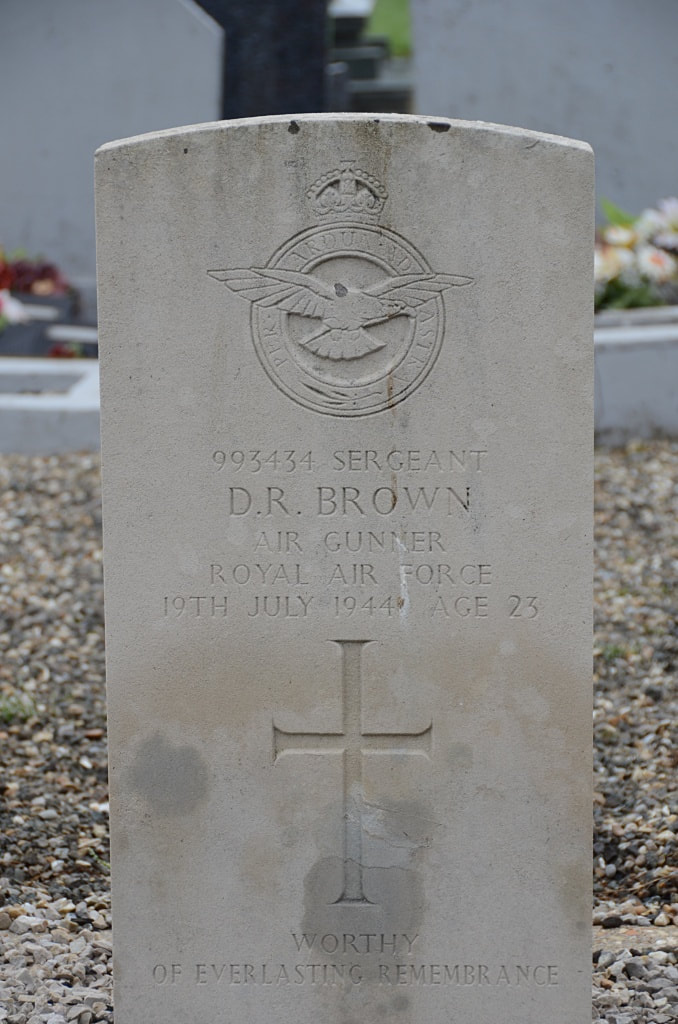 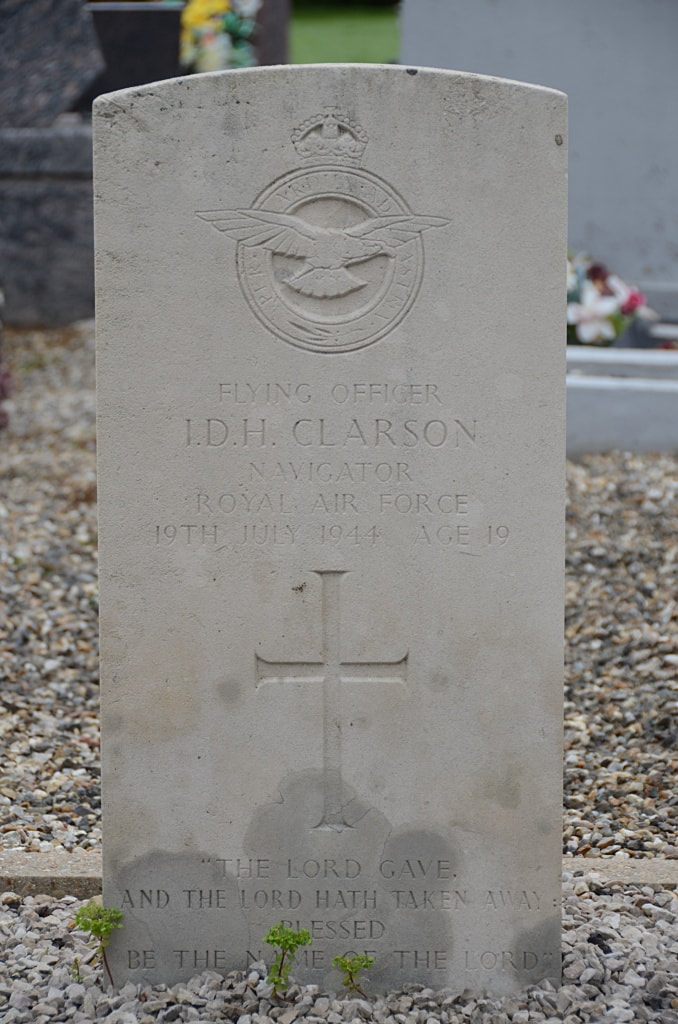 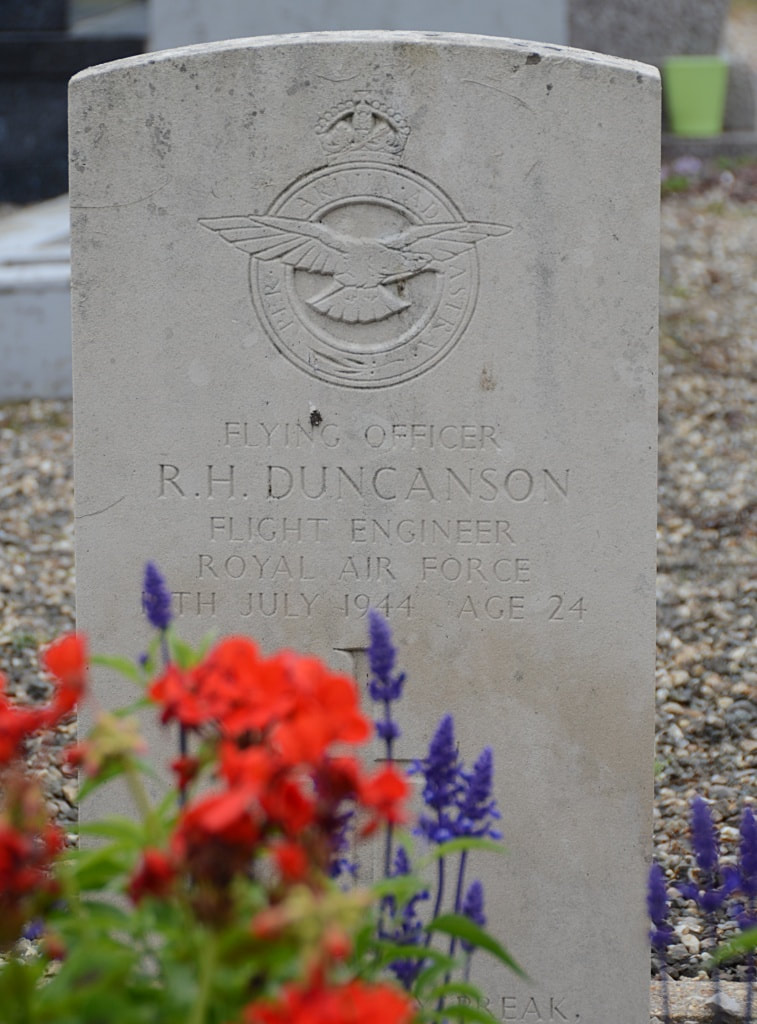 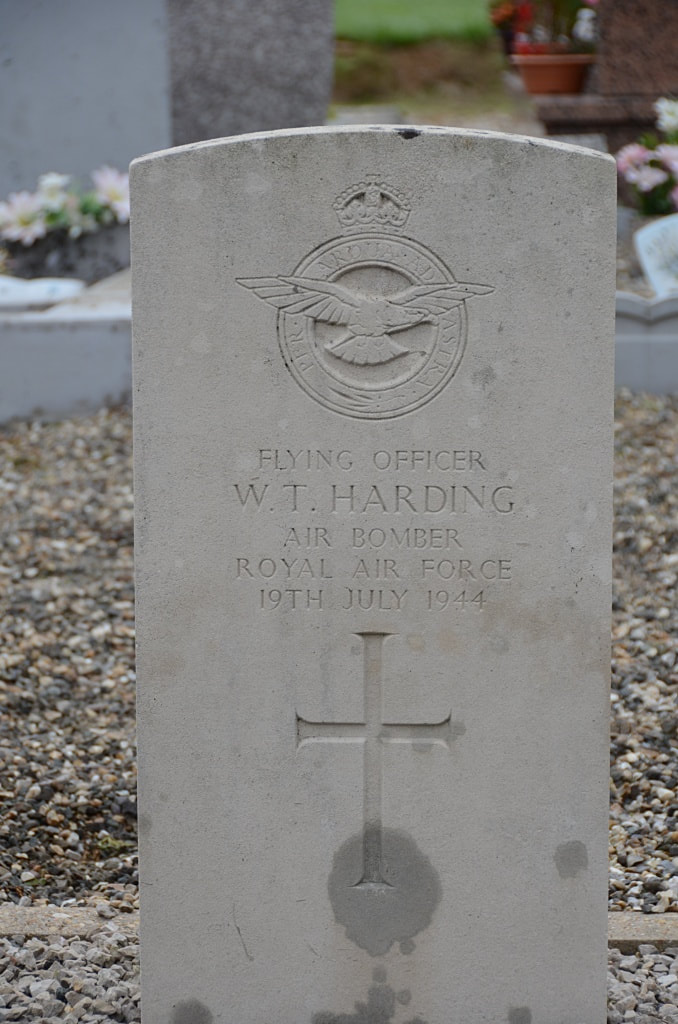 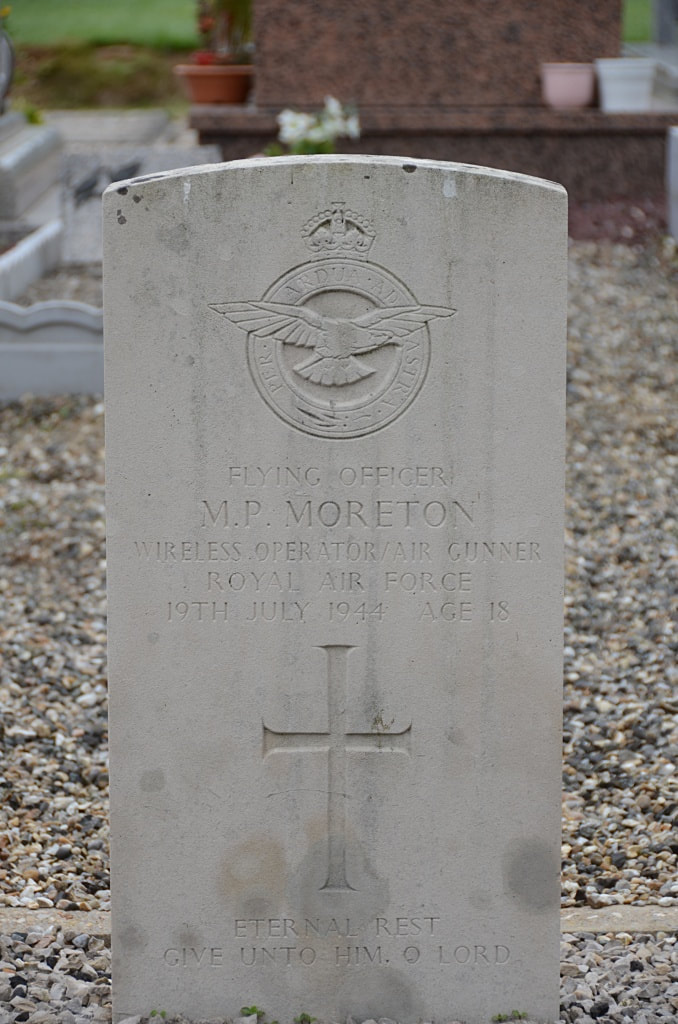 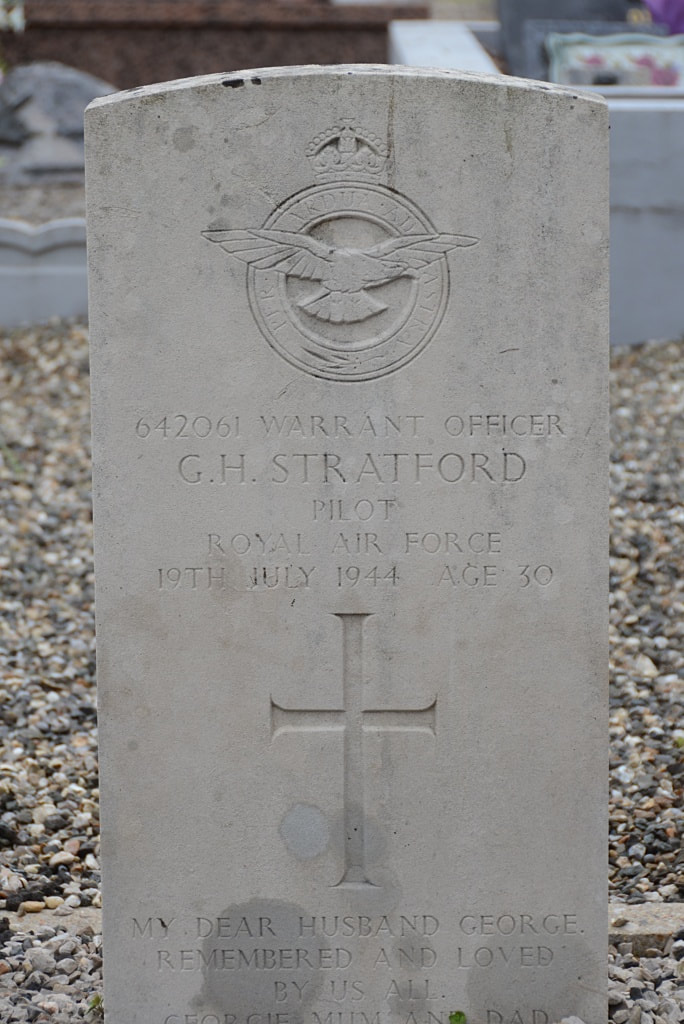 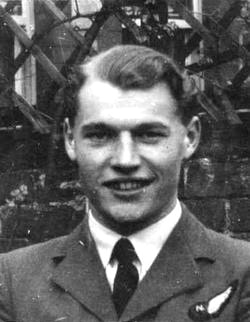 Son of Major J. H. Clarson of the 3rd Bn. The Cameronians (Scottish Rifles) and of Winifred Clarson of Bristol.

His headstone bears the inscription "The Lord Gave, And The Lord Hath Taken Away; Blessed Be The Name Of The Lord" 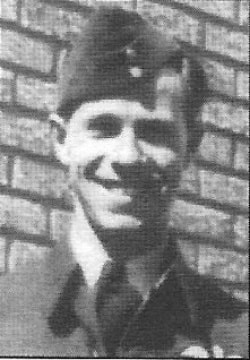 His headstone bears the inscription "My Dear Husband George. Remembered And Loved By Us All. Georgie, Mum And Dad"