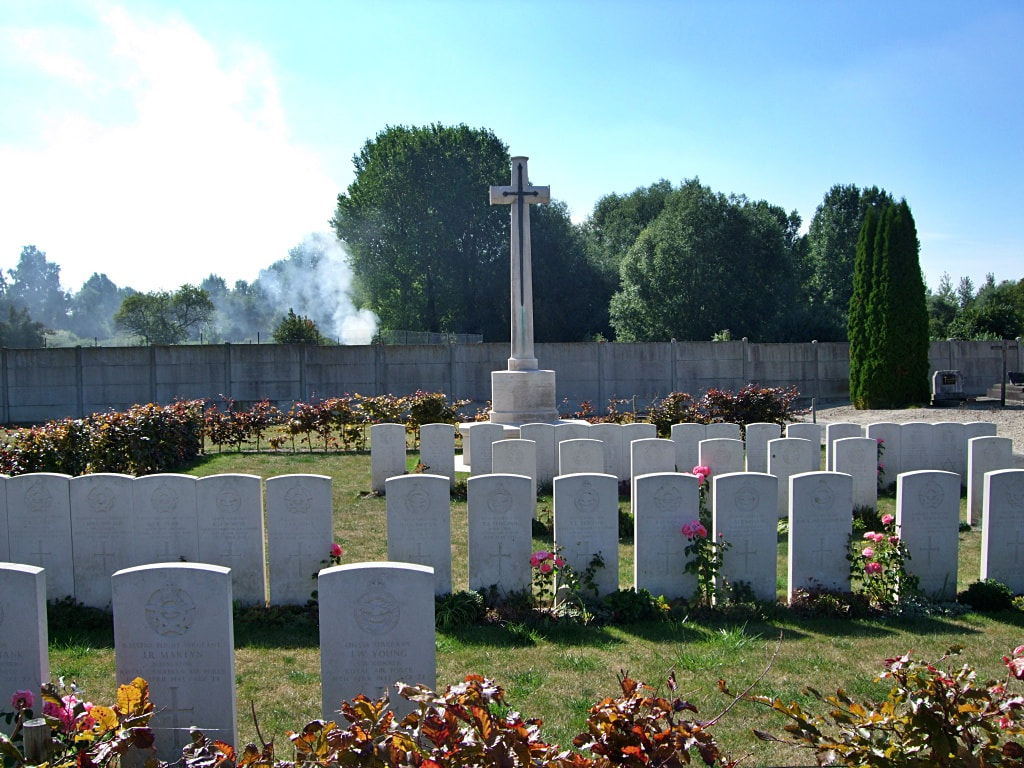 The village of Liesse is situated 15 kilometres north-east of Laon on the D977, Laon to Montcornet road. Exit the Calais to Reims motorway (A26 - E17) at Junction 13 "To Laon". At the exit roundabout, take the right exit, N2, towards Laon and then follow the road signs to Montcornet. After 4 kilometres, turn right and then first left onto the D977, still following the signs for Montcornet, and passing through the villages of Athies-Sous-Laon, Sammousey and Gizy. After 16 kilometres you will arrive at the village of Liesse. Follow the One-Way and Toute direction signs until you come to a 'T' junction in the village centre. Turn right following the road sign towards Reims. The Communal Cemetery is 300 metres along this road on the right (D24) and the Commonwealth War Graves Plot is situated 80 metres inside the cemetery near the central axis path.

The Department of the Aisne was on one of the routes flown by Allied aircraft on bombing missions to various places which were important to the German war effort. Although some of the aircraft were brought down in this area by anti-aircraft fire, or in aerial combat, not all the airmen perished. The French underground movement was active and contrived numbers of escapes. In one instance two airmen who had parachuted from a damaged plane about 20 kilometres east of Liesse were ingeniously hidden in a herd of cows guarded by "cowherds" who were members of the Resistance, and so were passed from the danger zone directly under the eyes of the German guards to escape channels. Of the less fortunate members of the same crew, some were killed and are buried in Liesse Communal Cemetery, while another was taken prisoner. Two other airmen, who escaped wounded from a plane which fell in flames in the commune of Lesquelles-St. Germain, were secreted in the village and despite a vigorous search by the Germans, who threatened death to anyone succouring the enemy, remained succesfully hidden until they could safely be sent through the underground escape channels. Members of their crew, too, are buried in Liesse Communal Cemetery. The enemy used this cemetery not only for the burial of airmen who fell in the commune, but also for the re-burial of others from Pierrepont, Leuze and Lesquelles-St. Germain in the Aisne and from Menil-Annelles and St. Quentin-le-Petit in the adjoining Department of the Ardennes. After the war, the Army Graves Service transferred to the cemetery casualties found at Leuze and at Mons-en-Chaussee (Somme). The burials originally included ten American airmen, but these were removed in 1946 by the American Graves Service. 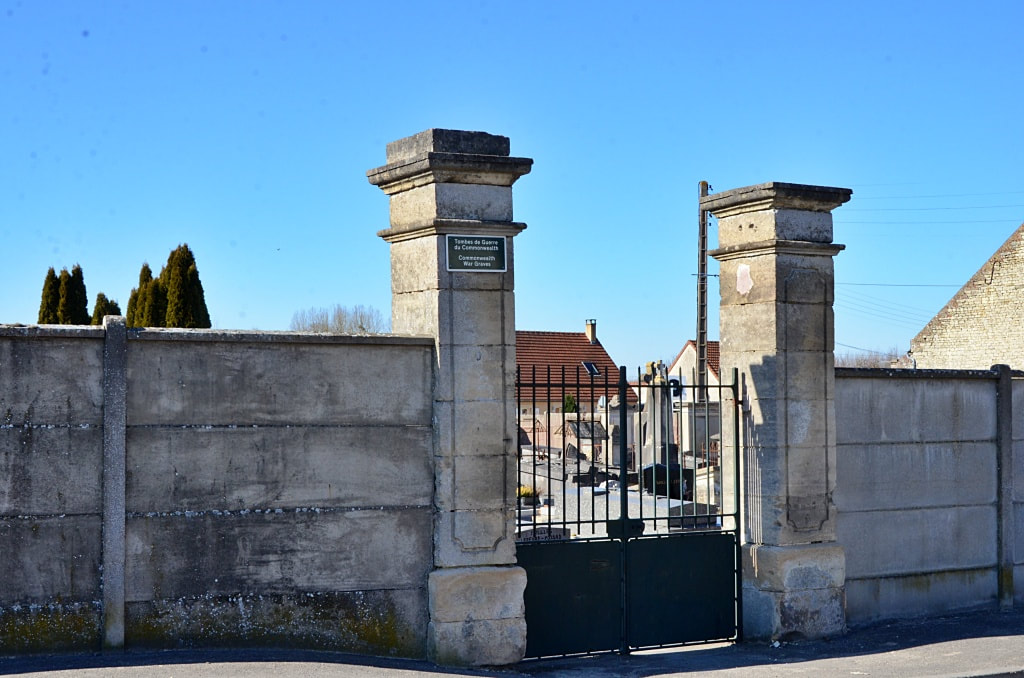 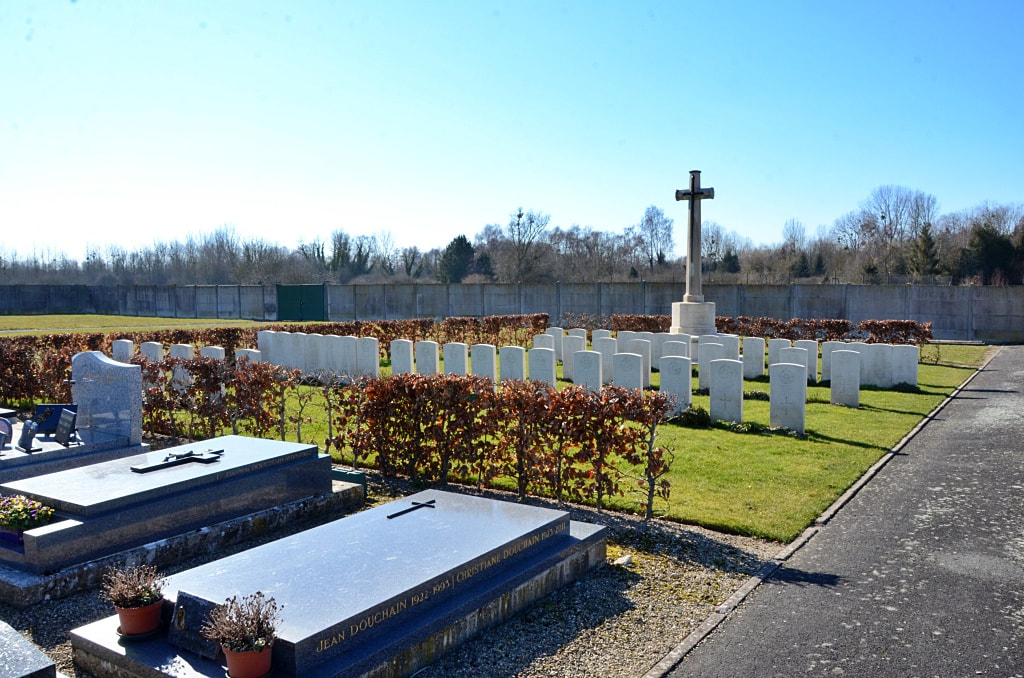 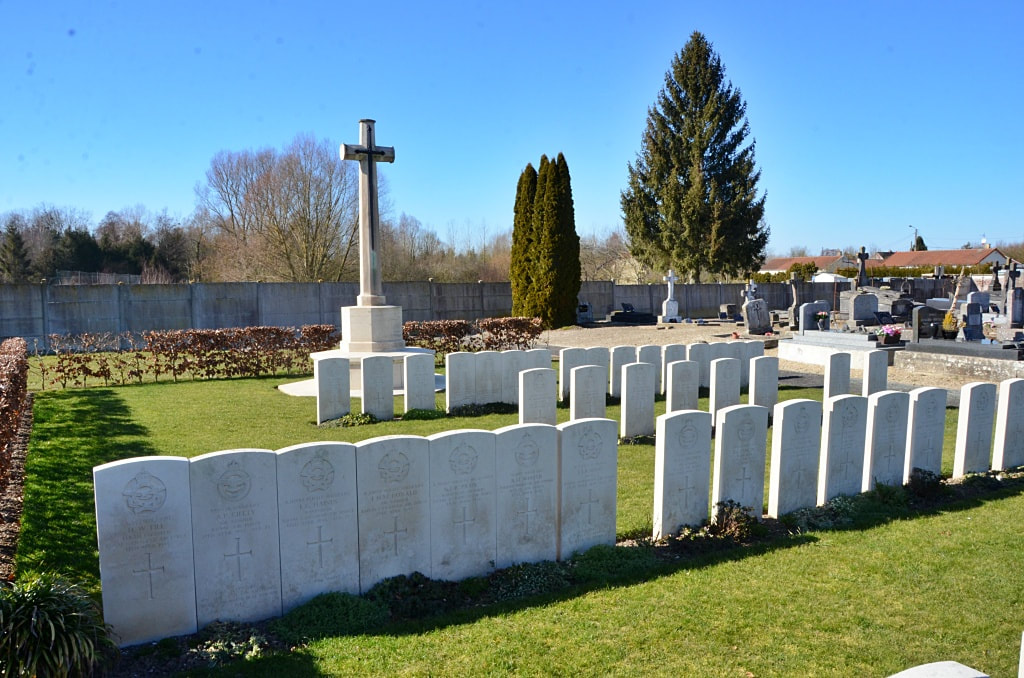 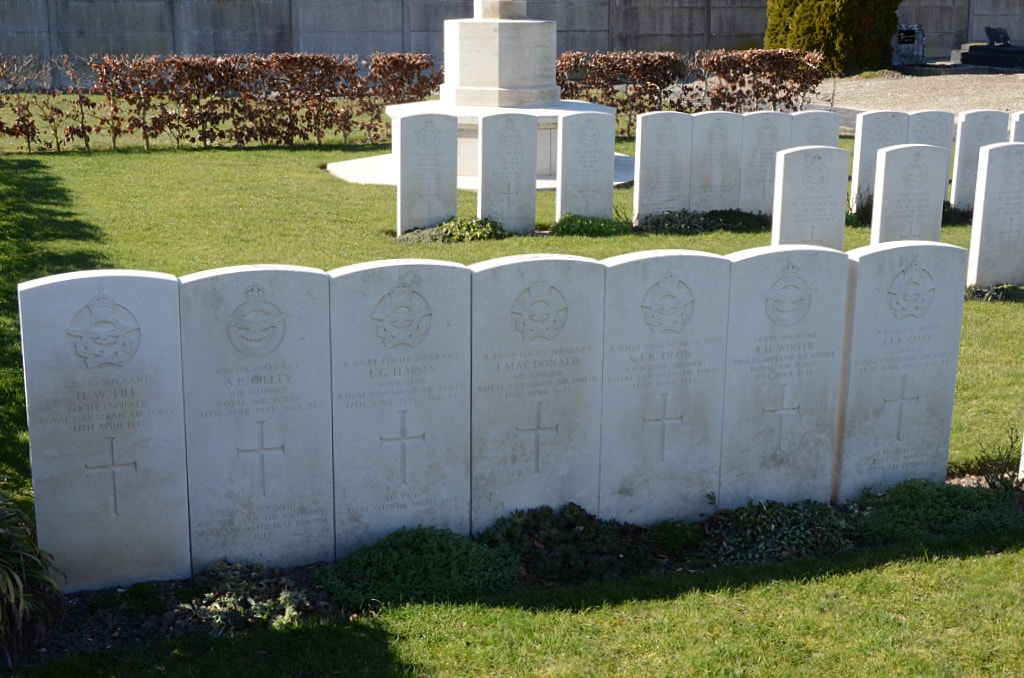 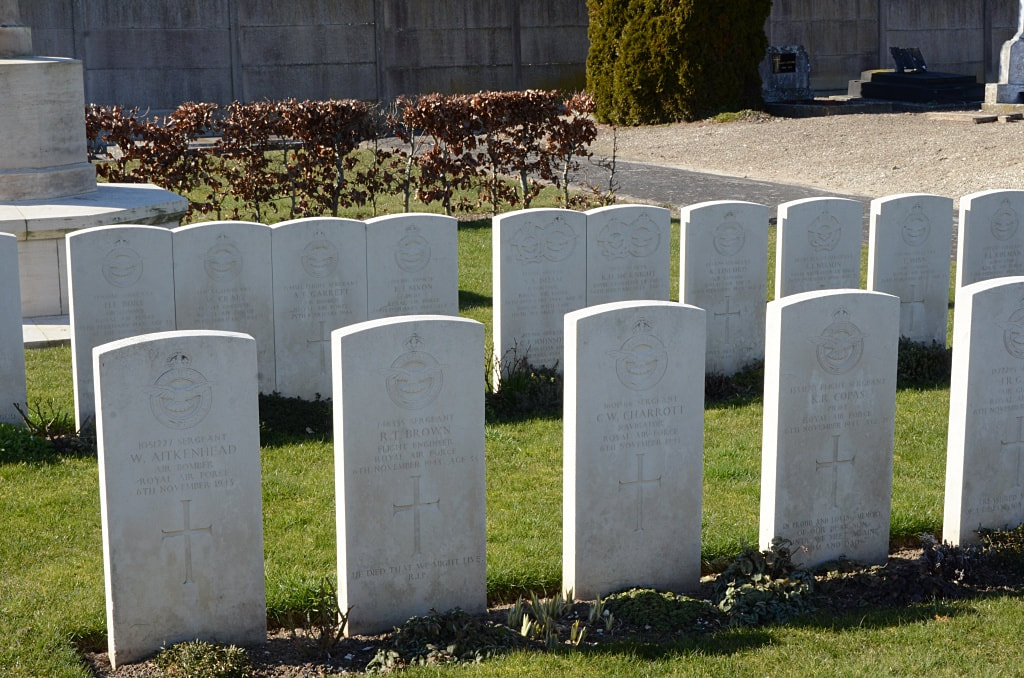 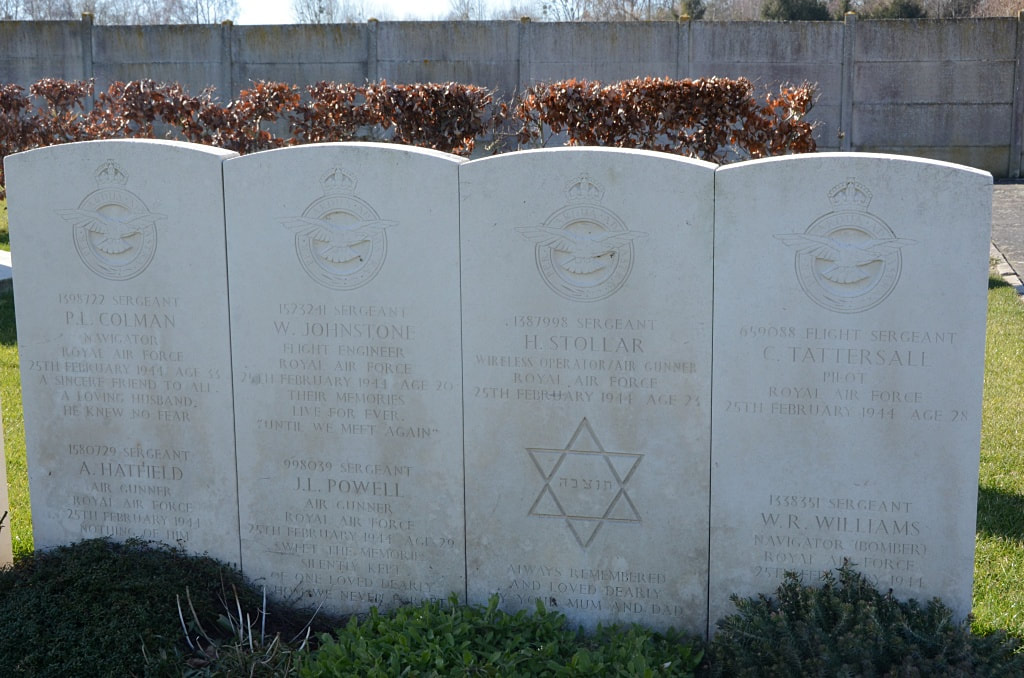 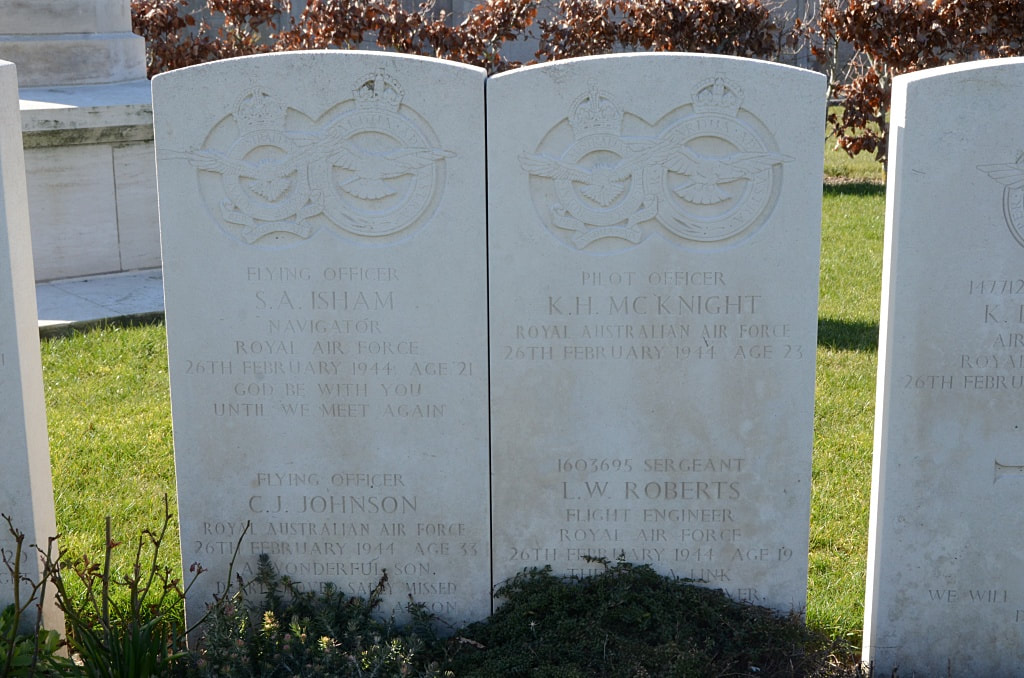 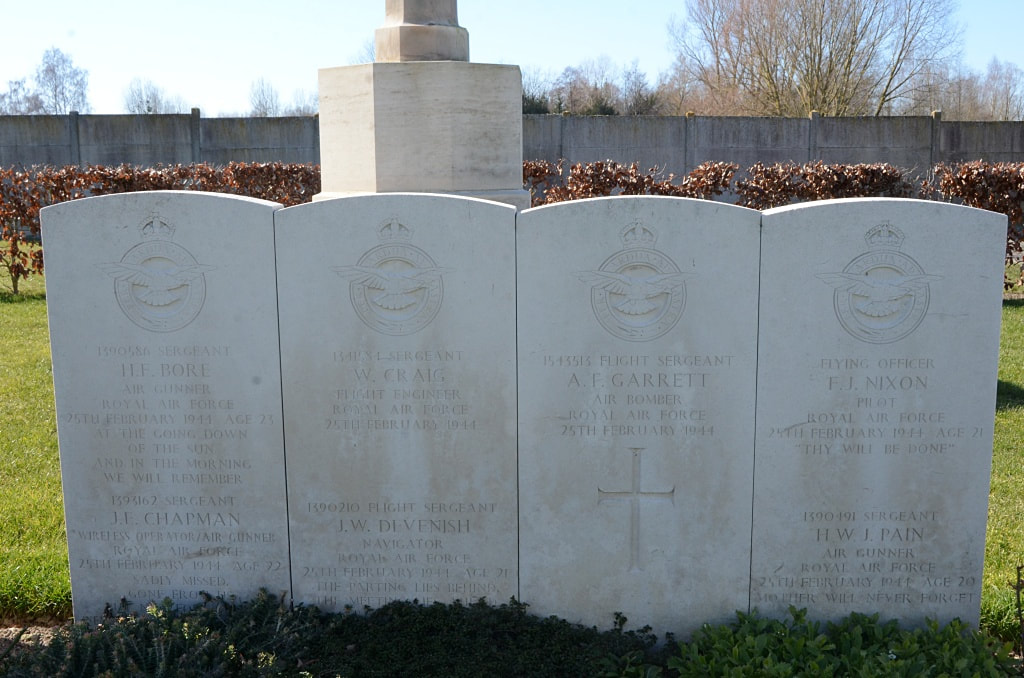 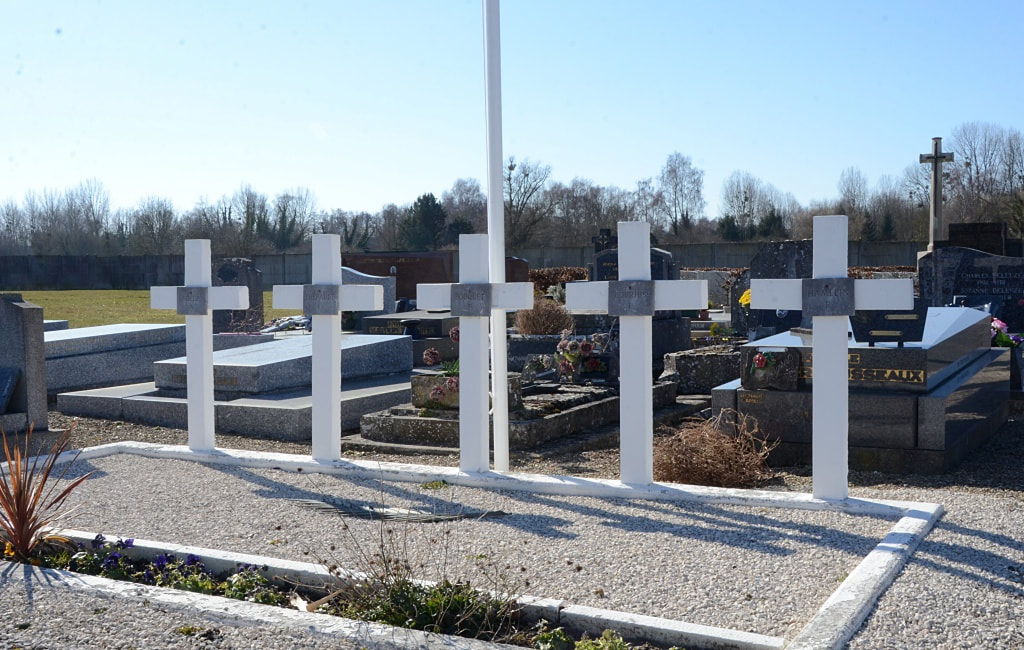 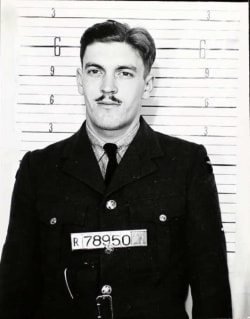 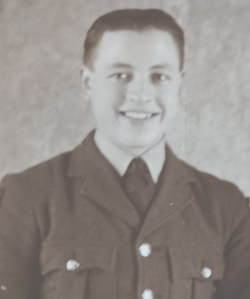 William was born in Larkhall, Scotland in 1922. The picture of his wedding to Margaret Cook Robertson was taken on 4th April 1942. Margaret kept in touch with the wife of  Flight Sergeant Garret (picture below) who is buried in the same plot. Both Airmen  left little girls behind. 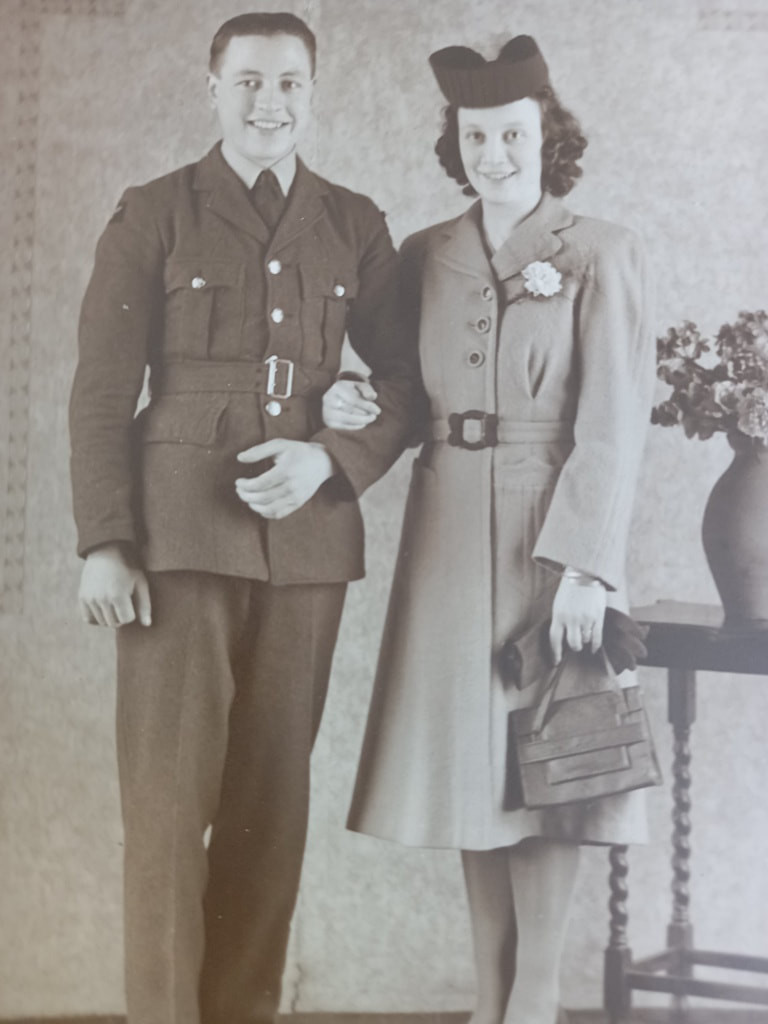 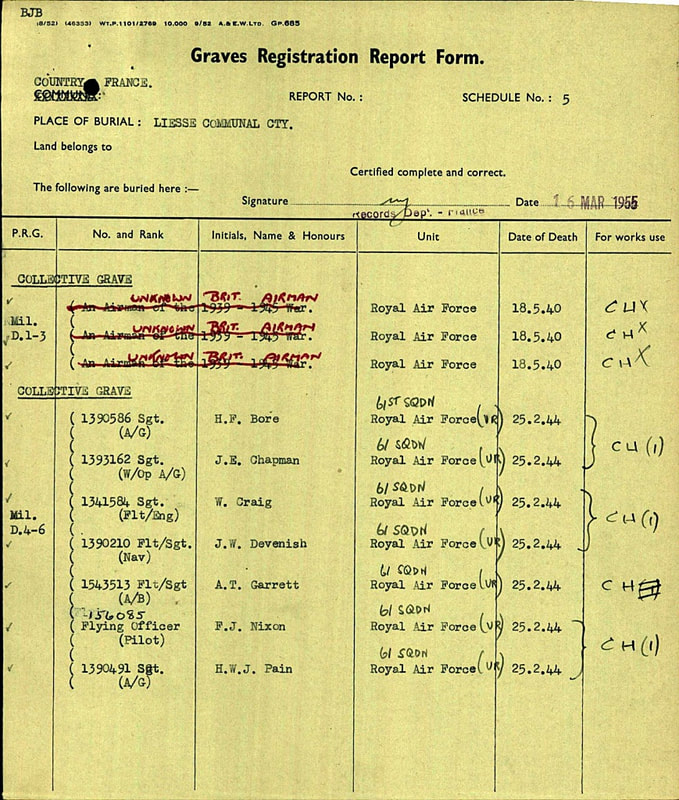 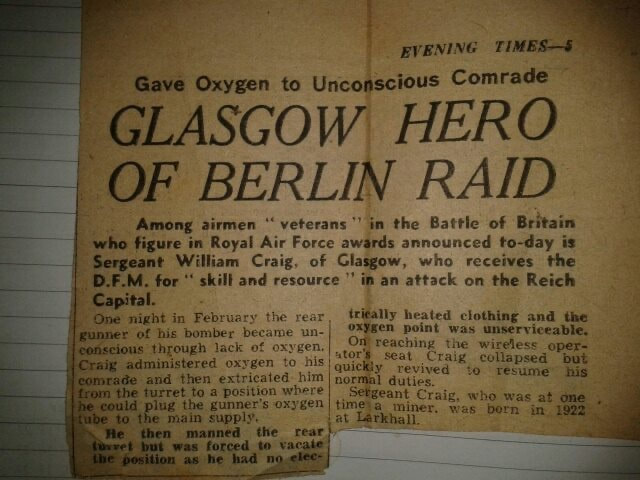 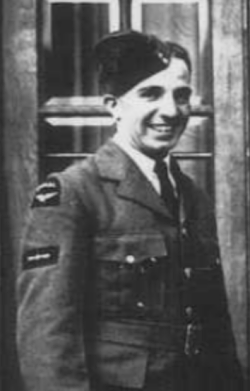 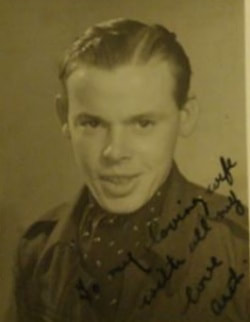 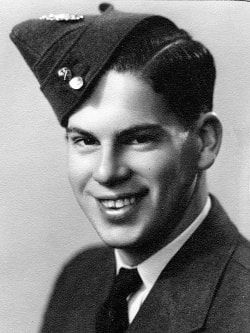 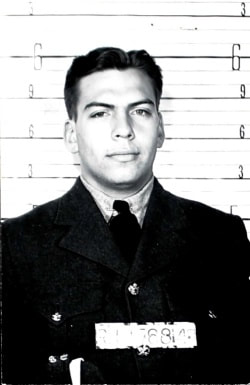 Son of Richard George and Ida Haines, of Montreal, Province of Quebec, Canada.

His headstone bears the inscription "He Died That Others MIght Live" 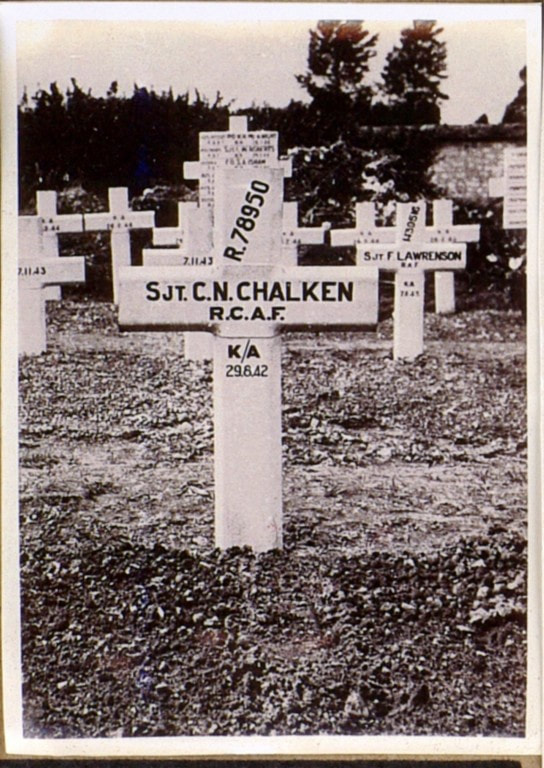 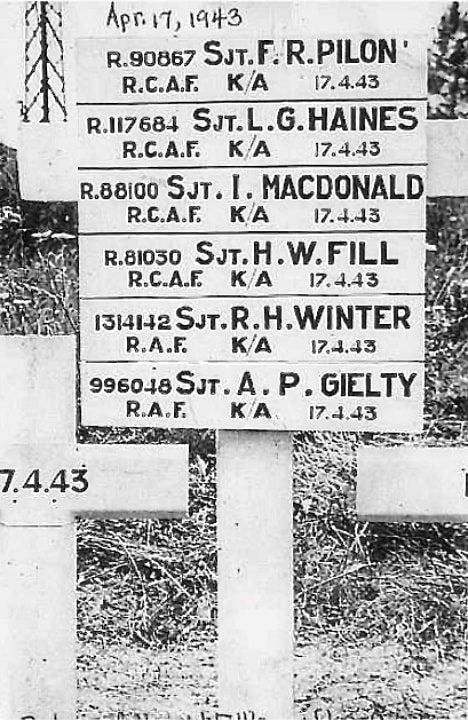 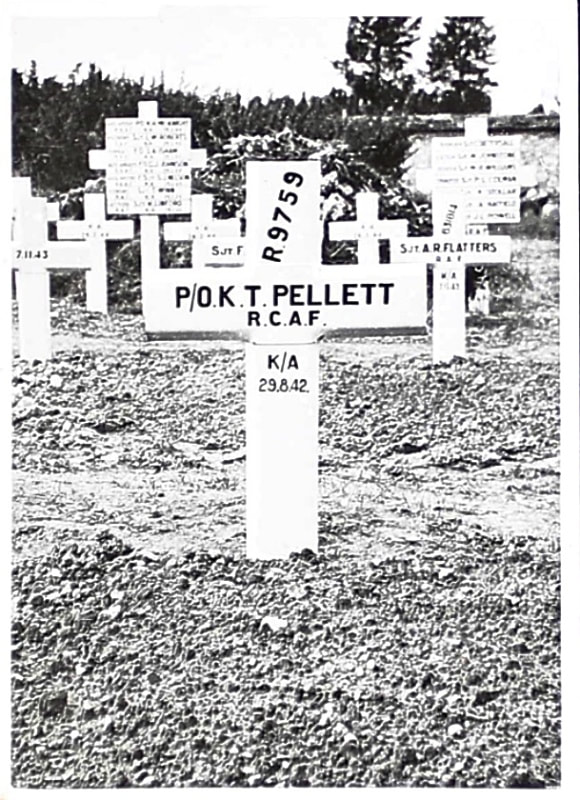 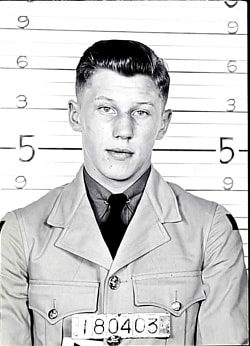 Son of Otto Jonasson, and of Asrun Jonasson, of Point Roberts, Washington, U.S.A.

His headstone bears the inscription "Rest In Peace, Beloved Leonard" 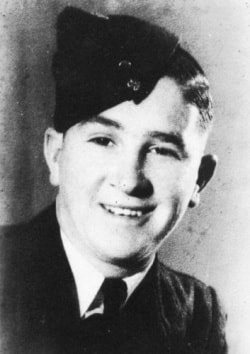 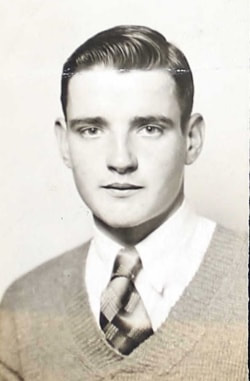 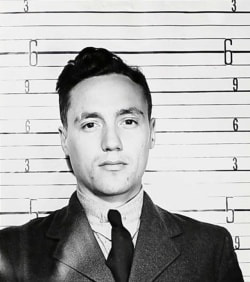 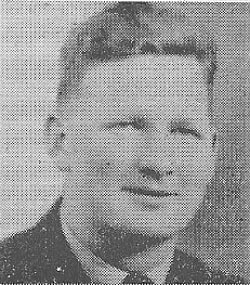