La Boissière-École is a village and commune 38 kilometres south-west of Versailles, and 14 kilometres west-north-west of Rambouillet. The communal cemetery, which lies on the western side of the village on the road to Faverolles, contains the graves of 2 Canadian airmen situated near the large family vault in the centre of the cemetery.
​ 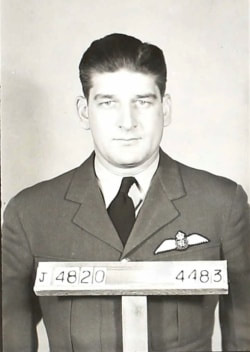 His headstone bears the inscription "Loved In Life. In Death, Remembered" 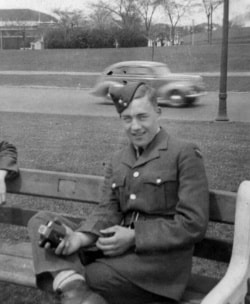 His headstone bears the inscription "Though Lost To Sight, To Memory Ever Dear. Mom And Dad"

The three other airmen not buried in this cemetery were interred in St. Désir War Cemetery in France.