Hottot-les-Bagues is a village 14 kilometres south-east of Bayeux.

This cemetery can be reached from Bayeux by taking the D6 southeastwards. After about 13 kilometres and after passing through Tilly-sur-Seulles, turn right (westwards) at Juvigny onto the main road (the D9) that runs from Caen towards Caumont l'Evente. The cemetery will be found after a few hundred metres on the right hand side on rising ground.

IF you come from Hottot les Bagues, cross the D9 on the blind summit, parking is on the side of the D9 coming from Juvigny.

Most of the burials in Hottot-les-Bagues War Cemetery were brought in from the surrounding district, where there was much heavy fighting through June and July 1944 as Commonwealth forces tried to press on from Bayeux in an encircling movement to the south of Caen.

The cemetery contains 1,005 Commonwealth burials of the Second World War, 56 of them unidentified, and 132 German graves.

There are 21 Special Memorials within the above, bearing the inscription "Buried near this spot" 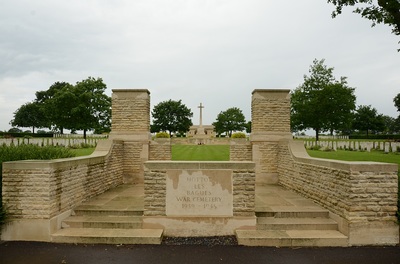 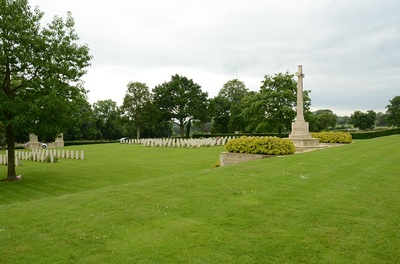 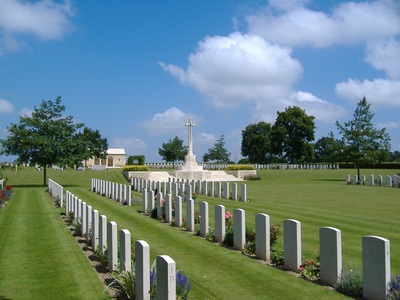 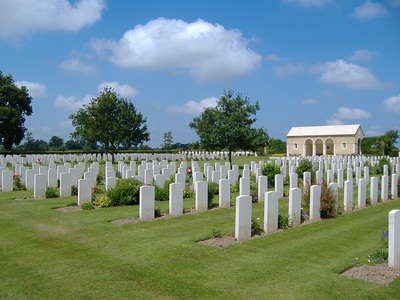 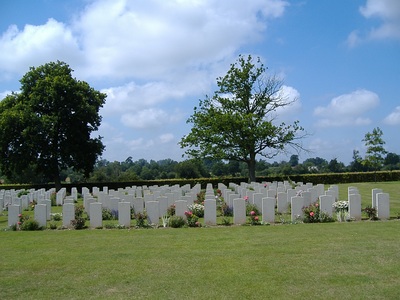 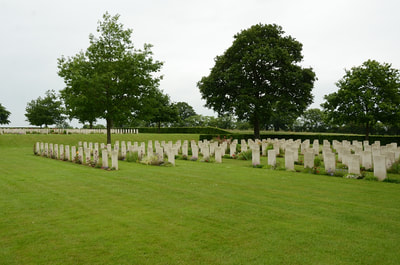 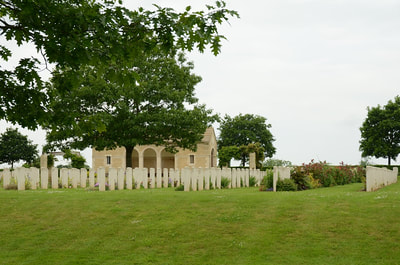 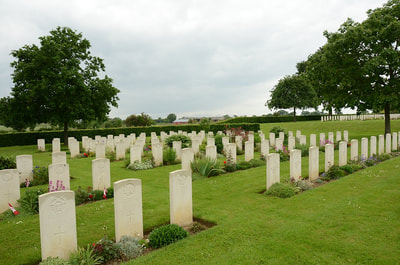 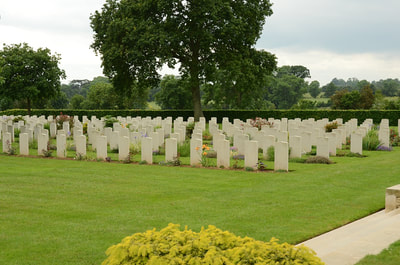 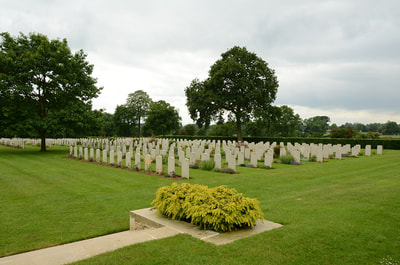 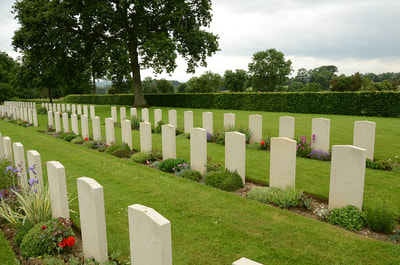 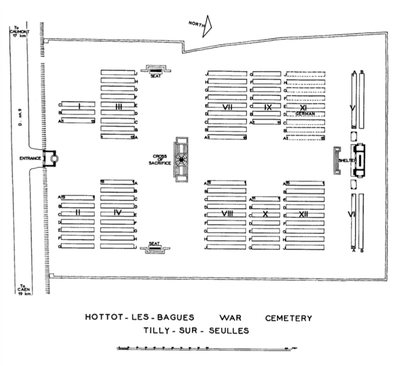